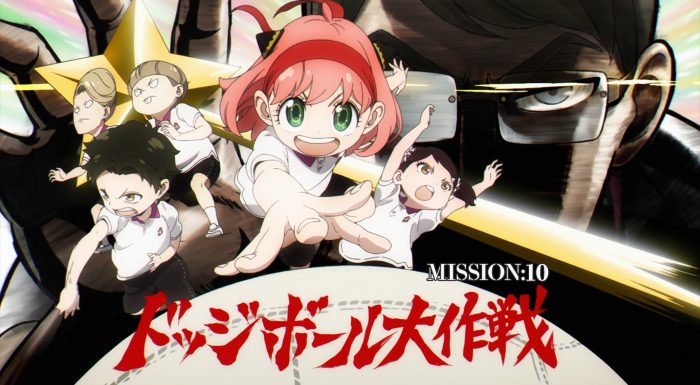 Sometimes you just need a game of dodgeball between kids to turn into an over-the-top epic showdown. These are the days I really appreciate anime for being what it is. Trying to make a game into something this ridiculous just wouldn’t work easily in live action. But it just hits right when animated. They can reference things like DBZ and just carry on without breaking the tone the show has set up to this point. Even though Anya didn’t get her Stella this time, at least we the viewers were allowed to enjoy the spectacle. It really is too bad that we’re closing in on the end of the first part of this. I could keep watching these characters for a long time. 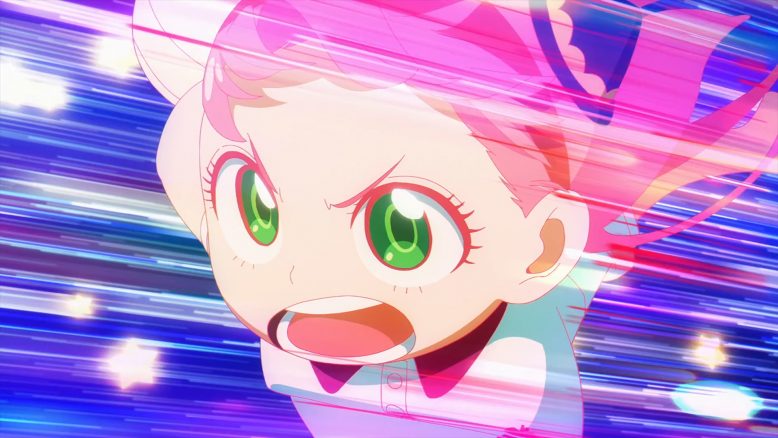 This would have been amazing if it worked

I like that while Anya has a lot of potential, she tends to trip herself up. In some cases that is quite literal. Having superhuman parents or being a telepath can’t do her much good if she loses focus and trips over her own feet. Thankfully in the match she was pretty much saved by Damian. But it shows that she’s got a long way to go before she can be as capable as she’d like to be. Though she’ll have to manage as best she can with her current goals of helping Loid with his mission.

Not that I’m putting blame on Anya. She is very likely 4 or 5 years old. It’s remarkable that she’s doing anything helpful at that point. And the show has been consistent in keeping her limitations in mind. Both with things like climbing awkwardly onto the school bus or basing much of her conversations off what she sees on TV. It is only natural that Anya can’t quite keep up in Yor’s training and ends up spending too much time focusing on a cool attack name instead of the steps needed to properly throw a ball. Not surprising that she blames Yor’s advice instead of focusing on what she did wrong XD. 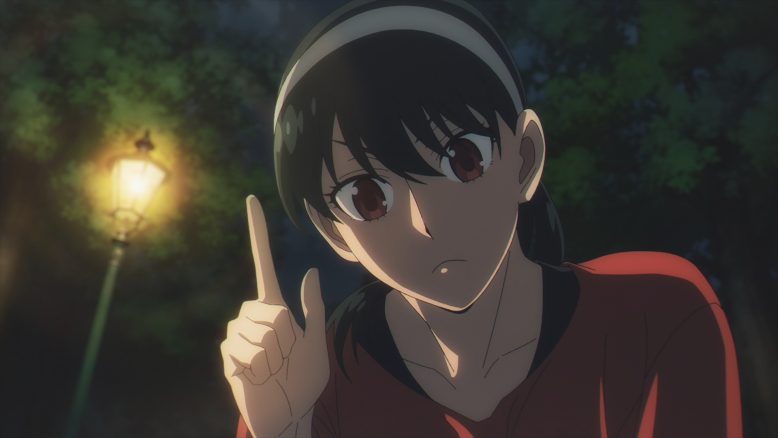 While I think Yor needs to keep in mind the stamina of children, her approach seemed fine. She was working on various important elements to being effective during physical activities. And her instruction for throwing the ball seemed pretty good. While her example is superhuman, the mechanics of the throw seemed fine. Really put a good deal of emphasis on how to use her full body for a good throw. Maybe in a few years Anya will be a bit more ready for legit training. It was cute though how she thought sit-ups, running, visualization training, and throwing practice was brutal training.

I do like as well how Yor puts so much time and effort in helping Anya in a category that she’s quite good at. While she is superhuman it is clear that the woman puts work into maintaining her effectiveness. It just reaches levels where she can kill a person with just about anything. Her throws were downright awesome. That last one especially was truly a super attack. And she makes talking about throwing human bodies around sound super cute XD. The only thing I’m a bit surprised at is that we haven’t seen her have to go on another assassination job since the family formed. Though I guess assassinations are a bit rare. Only so many major players that need killing at any given time. 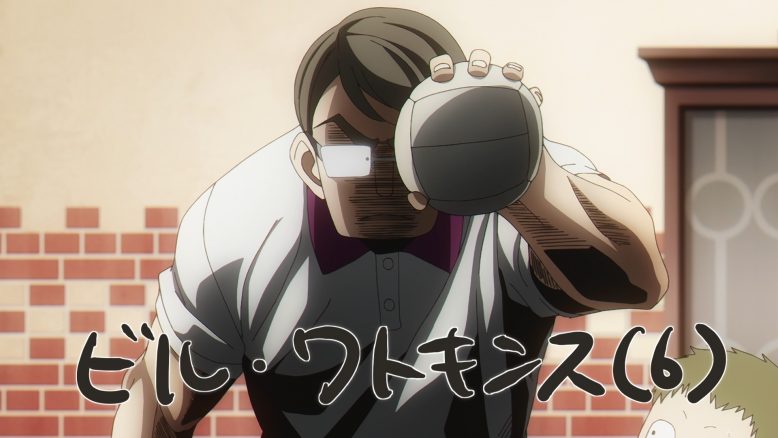 They really do grow up so fast!

That Bill kid was nuts. The scary thing is that the show really did emphasis that he is 6. He’s just absolutely huge. I guess you could say he’s got the physique of a teenager since he was still quite small compared to his father. He just happens to dwarf his classmates. I suppose it isn’t a shock that there are superhumans even among children. There was just no way that Anya’s class had any chance against this guy. The other students couldn’t do much and Anya’s only saving grace was that she could read his mind. The more unsettled he got the easier it would be for her. He’d only think hard about how he’d throw the ball and she could respond in turn. Of course, winning dodgeball involves hitting your opponents, but she really could have dragged the game out if she hadn’t been frozen up. 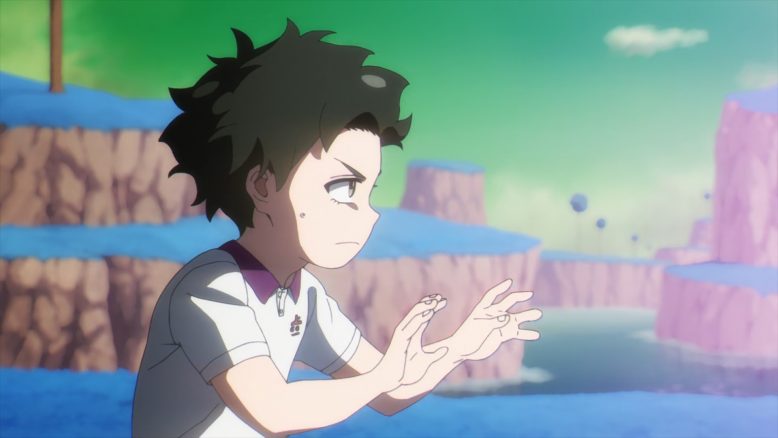 They are at least doing a nice job continuing to both develop Damian and make him a source of comedy. There’s an interesting element to his father being distant. It might make Loid’s friendship plan pointless. If his father has no interest in him then he won’t care to meet with Anya’s parents or allow her to visit at all. While Anya was right when she thought he was trash, I can at least feel some sympathy. The kid is desperate for familial approval. Not sure how Anya should feel about her family that is newly formed being far more loving than Damian’s family. She did have to struggle to get this though and that relationship is dependent on Twilight’s mission not failing. But at least she does have parents that think and care about her. 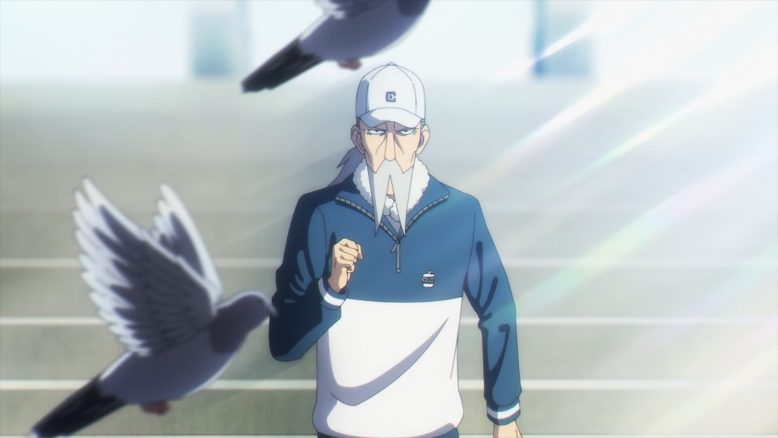 This was another good one. It did get hilariously silly at times. With the Bill kid being brought to tears over Anya dodging his attacks on repeat. But in general, it was just a fun episode. Loid wasn’t that central to this one and that’s fine. This wasn’t his territory, but he’ll likely be more important in the next one. Plus, I like how the early focus went to the elegant teacher. Elegance is apparently hard work.

I can’t believe we’re almost done for this season. It’s been such a great ride that I’m going to miss it through the summer. Fall will be pretty amazing with this coming back for it.