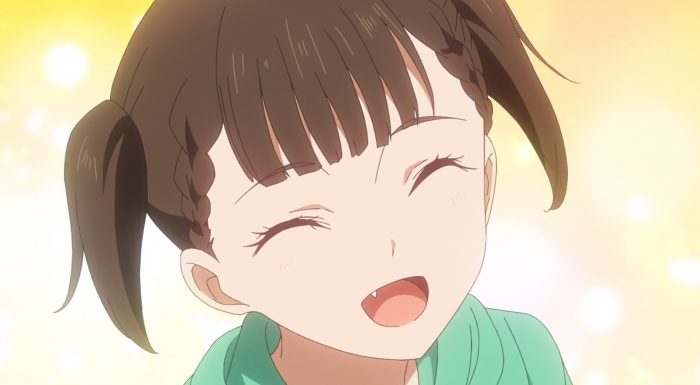 Things are just building up and you know the next episode or two will be pretty incredible. This time around Miyuki was the one to receive a more fully developed backstory. That along with the efforts of Kaguya and Ishigami made for an episode that just flew by. Obviously, we didn’t get a confession from either of them this time around. But it feels clear that things are going to go in that direction for at least Kaguya and Miyuki. The atmosphere within the show just seems to be building to it. If for no other reason than because I don’t think Kaguya can physically handle knowing her feelings without confessing. She may still get embarrassed but clearly, she does want to change this status quo. 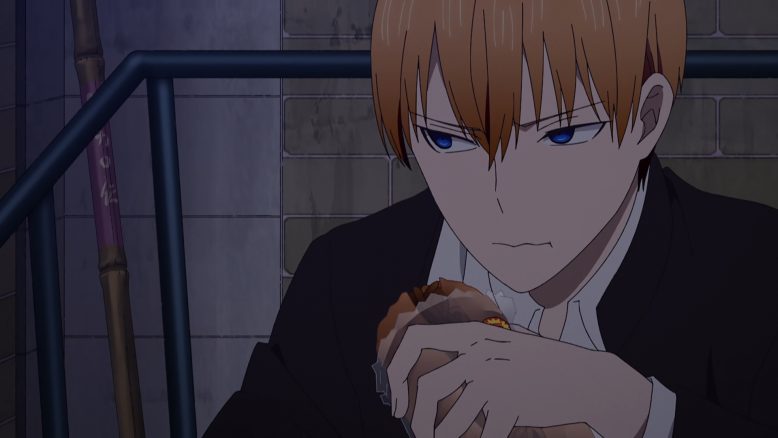 I’m glad he found motivation worth working for

Miyuki really has come a long way. The guy started out being really negative about his school. He wasn’t quite a delinquent since his greatest felony was failing at throwing his trash away from a distance! But he clearly wasn’t happy. Dealing with people that grew up much better off than himself and feeling the pressure against outsiders had to be difficult for him. But as things stood, he was at best going to struggle his way through school and gain little from it. And that might have stayed the same if not for the Student Council President’s push and Kaguya’s example. These two dramatically changed his entire life. And in turn his life has helped change the lives of others. Miko and Ishigami wouldn’t be the same if he hadn’t changed.

It is nice to see how early he fell for Kaguya. Her example shook him up. Yes, he didn’t realize that she was calculated in her actions. Although I think you can argue that part of her didn’t want to watch someone drown regardless. What Miyuki took away from it though was awe at this person who saw a situation and took action. The ability to act without freezing up is a big deal. Because he saw that, Miyuki’s turned into the man he is today. Now he is someone that will act when others are in need. He never picked up the need to be calculated, but in turn that only helped lead to Kaguya falling for him. Miyuki aimed for Student Council President twice and both times were because of Kaguya. All of it in order to be a man worthy to stand beside her. 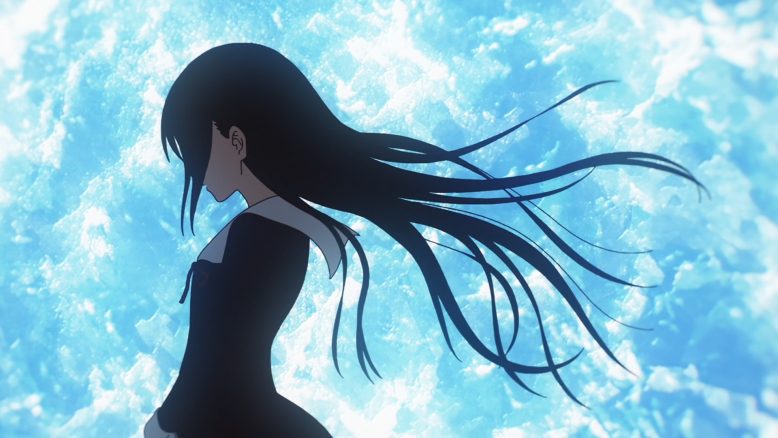 Quite the contrast from then to now

Kaguya remains an interesting character. An element that is still a bit untouched is how she’s changed over time. No question she’s become a bit sillier and very cute about being in love. But she was pretty worthy of the nickname she had before. Calling Kaguya an Ice Princess wasn’t unfair at that point. With her family that’s hardly a shock though. But it is still Kaguya at the end of the day. A very logical breakdown of how people are and the benefits of her taking action in that scenario. Good thing for that person that she was there. The President might have done something, but the longer that poor girl was flailing in that water the worse things were going to get. I fully expect we’ll get even more Kaguya backstory in the future, although that might not happen this season. 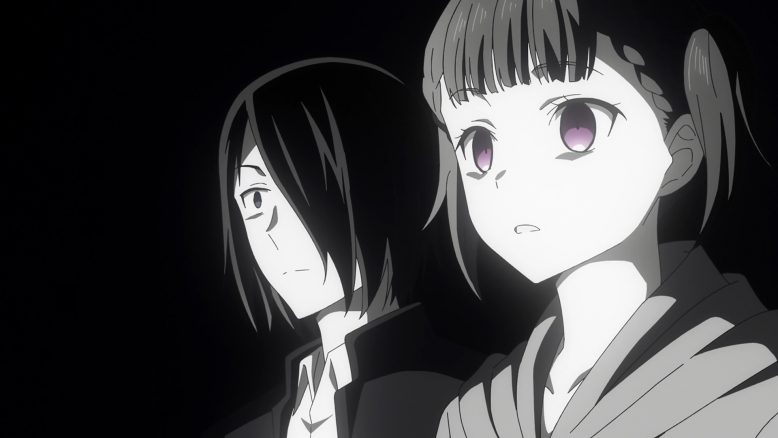 These two are fun

Can someone give poor Maki a break!? The story really does enjoy tormenting her a bit too much. The key element of course is that she hasn’t either confessed herself or just accepted things and tried to move on. She’s stuck in this miserable middle ground. Her friends are right around her constantly and the reminder of what she missed out on is regularly hammered home. At least she does help out Ishigami here. It did require a group effort to a degree to get him to make his move on Tsubame. But she was there first and her presence triggered a good amount of advice. She did end up teasing him quite a bit, but she deserves a bit of happiness. Ishigami has a decent shot here and considering that she doesn’t…I’ll let her have that. I just wish the story would help her out a bit.

At least Ishigami is moving forward. Just getting past his nerves to asking her out to the Haunted House is a big deal. She is more likely to recognize him as a potential love interest if he can continue overcoming his nerves like he did here. It is easier said than done of course. But at least he cleared the first hurdle. Now she’s with him going to an event at the school festival. Her schedule isn’t so free that she can spend a lot of time with him, but that just makes it all the more important to make use of what time she does have. I’m pulling for the guy to be happy. 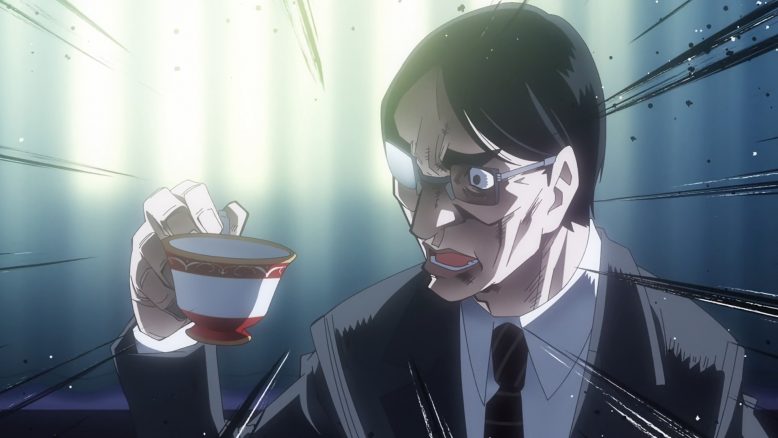 Hayasaka has gotten a few chances to really fire back at Kaguya this season. I do think that’s fair considering what she’s gone through during this show herself. It was the perfect opportunity to ‘play being a maid’ and also firing shots at Kaguya’s ability to make coffee. She is a woman of many faces and roles. So, in a sense it is nice that she gets to play her most natural self during this festival. Although she does still need to play the silly high school girl now and then so no one thinks she’s acting weird. She was just utterly merciless at certain points. But I do think that is also fair. If nothing else Kaguya definitely owes her for the whole ‘interrupting her bath time for Twitter tips’ incident!

The Ramen Kings…were the Ramen Kings. They are just a silly source of comedy. Their personalities just work for this sort of scene. Glad they had a good time. No question they have crazy expectations for a cosplay café. But their efforts let us see a flustered Kaguya and further sets up where things are going. And it is a nice nod to Kaguya only getting so good at making tea so she could serve it to Miyuki in the student council room. 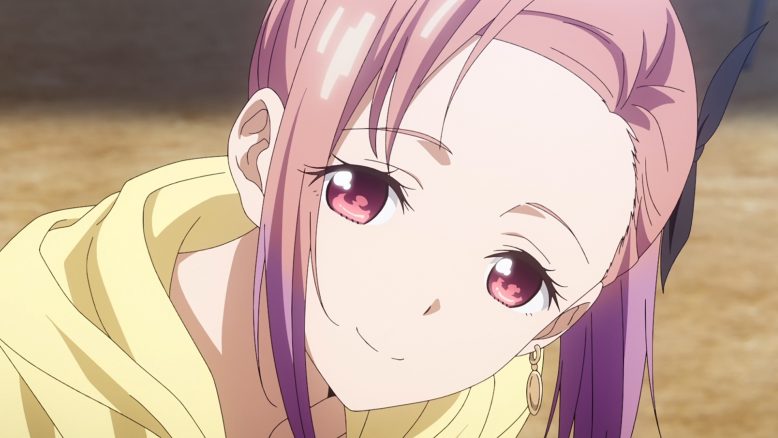 Understandable that Ishigami was nervous!

Now we just have to see the fun continue to unfold next episode. I’m not sure if they’ll wrap things up next week or if we’re going to take a couple more episodes. They have enough time to go either way and still conclude the season nicely. At this point I have full confidence in this show to make the right call when it comes to balancing the pacing and progression. It really does feel like something is happening. Will Ishigami be able to really confess? I’m not sure. But he did get a nice push in that direction. Will Kaguya give in and confess or will Miyuki just go for it? And of course…will Kaguya and Maki survive that horror house!?