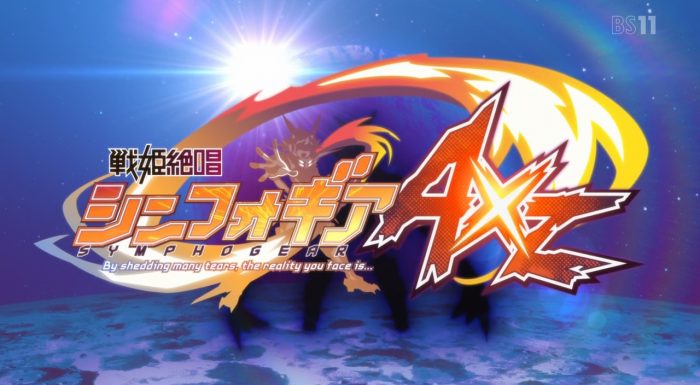 News dropped on May 28 via Twitter and at Anime Boston that Symphogear AXZ would receive a Blu-ray release in the West. There was no official release date given, however it did receive a release window of Fall 2022. 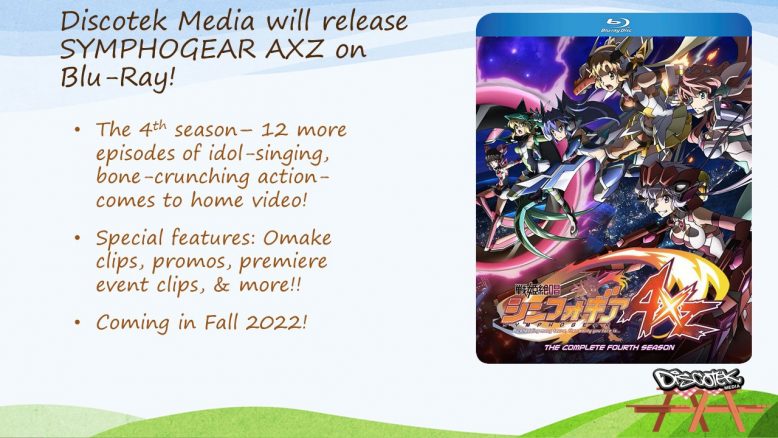 There is of course a small error here. Symphogear AXZ was a 13 episode series, but that error was noted by Discotek later. The great element of these releases is all the extras packed into them and that appear to remain intact here. With a release window of Fall 2022 we have a good idea of when to expect this. And by process of elimination we can narrow down the release window for Symphogear GX as well. 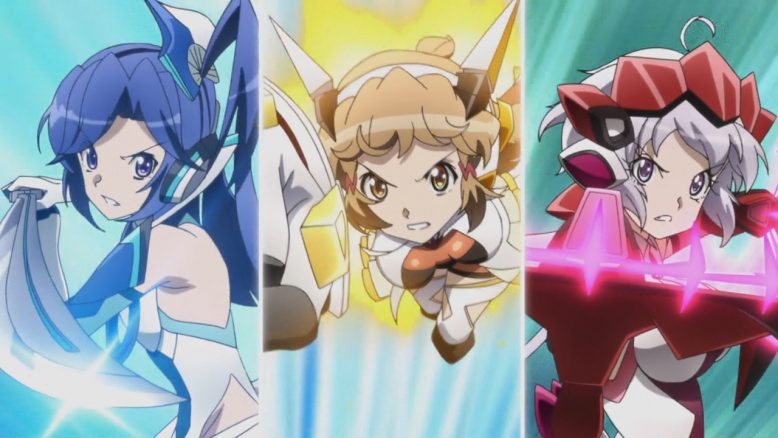 I look forward to rewatching this

I’m feeling some déjà vu here. It really was only a couple months ago that I was writing about the upcoming release of Symphogear GX. I was fully prepared to be waiting another full year before talking about AXZ. We still don’t actually have a confirmed release date for GX yet, but now we can look ahead to getting AXZ in the same year. In a sense this shouldn’t surprise me that much though. When Discotek released the first season on blu-ray it was only about 3 months later before G was released as well. I’m not sure what this will mean for a release of XV. It might be well over a year before we hear anything or something completely shocking could happen. I guess we will find out. Regardless though, I’m hyped. Almost the entirety of Symphogear will be released out to the West on blu-ray by the end of the year. I honestly thought no one would ever release it. But it really is happening.