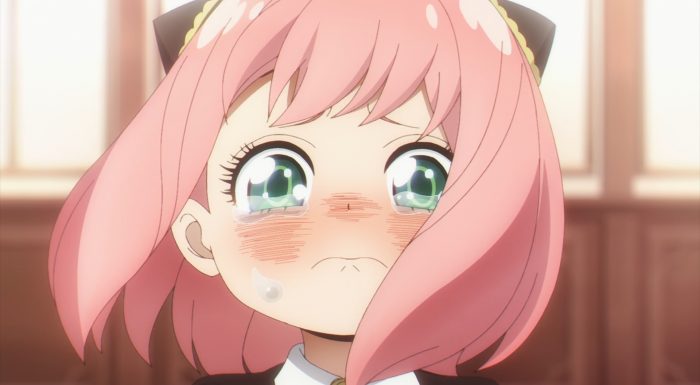 It’s no secret that Anya is a treasure. But this episode just continues hammering that home. Loid’s intended Plan B may not be holding up, but I’d say it is still proving to be rather successful! The only downside for that plan right now is that Damian is a total tsundere and Anya’s isn’t able to decipher his contradictory feelings about her right now. There is a ridiculous amount of hope and Anya’s school life could be quite a bit of fun to watch unfold. Anya has a good friend, a love interest, and a hilarious father willing to infiltrate the school to give over the top ‘hints’ that she needs to apologize. 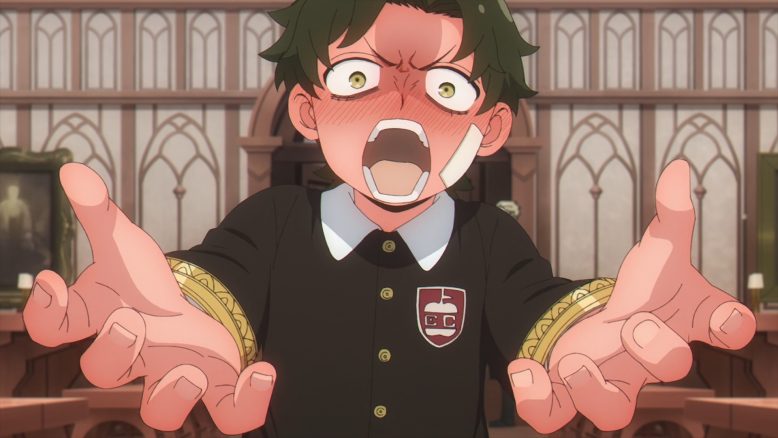 It is all over for Damian

The big thing was Anya’s apology and the hilarious results of it. It was both a resounding success and yet it appears to be a failure. Because Loid can’t decipher the mystery of a male tsundere XD. The best part is how utterly hard he’s fallen for Anya in a short period of time. We see the scenes earlier on where she’s looking at him apprehensively or just plain looking confused. And yet when we get Damian’s mini-flashbacks all her expressions are insanely cute. Even if he can’t admit how he feels, there’s no question about his feelings. He’s already dancing in the palm of Anya’s hand. She just doesn’t understand that yet. Considering her telepathy, he’s got a tough road ahead of him. At this point she’s confused and uncomfortable with his mixed feelings about her. But with a bit of time, she’ll actually understand his feelings.

Of course, at the moment it makes it seem like Plan B is a bust. If you take him at face value, he’s not going to forgive her no matter if she apologizes. So, it’s fair for Loid to just be a mess after that and Anya to be a bit upset as well. Fulfilling her father’s mission is what she feels is necessary to hold onto her current family. And I can’t blame the girl for just being confused by this guy who has such mixed feelings about her. Especially since Anya is certainly younger than she claimed to be. All she knows for sure is that this guy is intense! 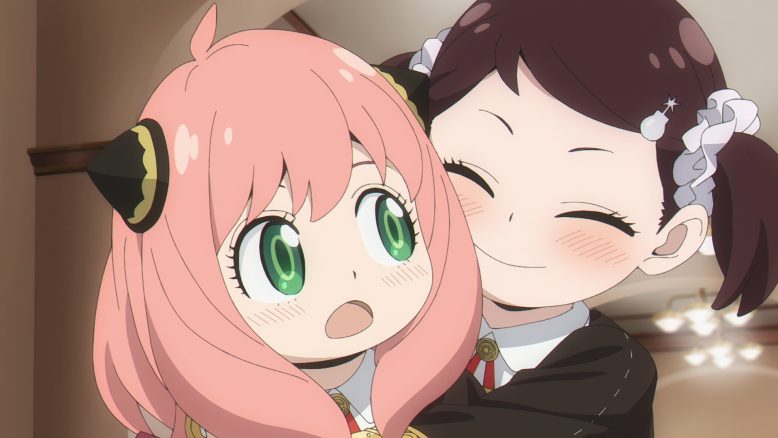 She is a good friend

This episode absolutely sold me on Becky though. She is absolutely essential for Anya, even if Loid saw her as troublesome. When Anya was being worn down by the negative thoughts of her classmates, Becky was the one bright spot. What she said…she meant. For someone like Anya that kind of pure approach means a lot. I’m sure making friends has to be tough when you can read minds. You’d have to find people that say what they mean and are just good people. She may not have helped the overall goal of apologizing, but she helped Anya feel comfortable. That she has at least one person in her corner no matter what is a big deal. Sure, Loid can sneak around the school quite often. But he can’t be her friend in this school. For the same reason he needed Anya in the first place. Twilight can’t impersonate children. 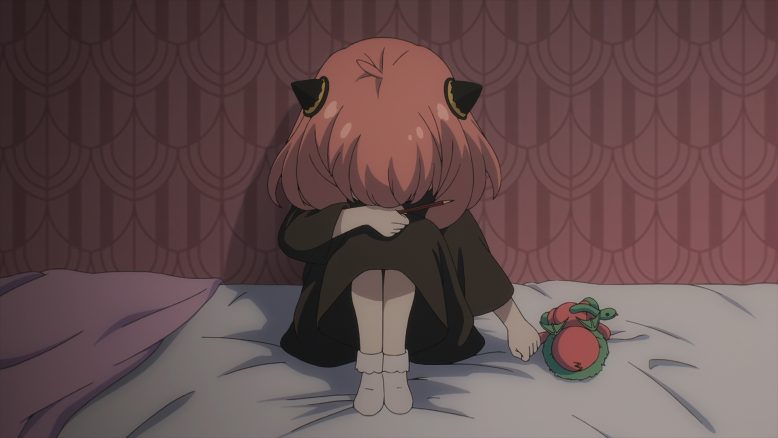 There is a lot of pressure

The actual family scenes are just purely enjoyable. Because it’s both normal and abnormal at the same time. You have the father that is pushing his child to excel academically and that is running into trouble. While you also have a mother trying to prioritize the happiness of the child and ease up on the pressure. But everything has another layer to it. Loid has to push because this is a mission of utmost importance. Anya is the only one that do the most important jobs here. But just because it is important to the world doesn’t mean it won’t backfire if he pushes too hard. Thankfully for him, Anya understands how important this mission is. So even if it isn’t her thing, she will push herself to try and do better. It leads to a really sweet moment of her studying until she falls asleep at her desk. 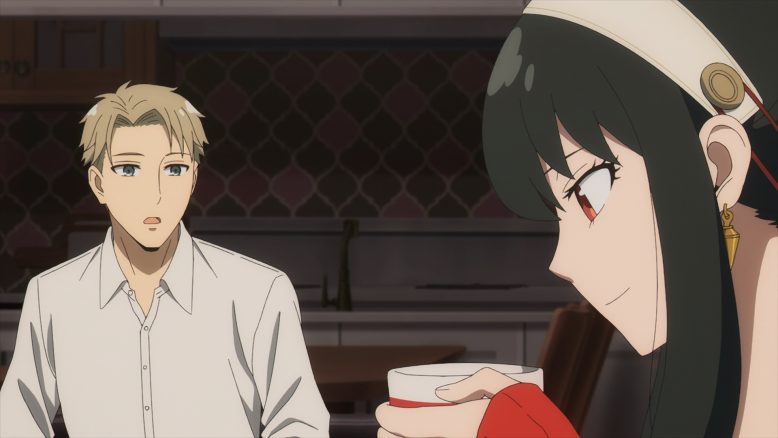 Yor may treasure this family more than anyone else. Although Anya would be close. Even though she is the one constantly reminding herself that she’s an outsider that shouldn’t be telling Loid how to raise his daughter. And yet her secret motives don’t contradict with embracing being part of this family. She really does treasure Anya as if she is her daughter and her chemistry with Loid continues to improve as time goes on. She may have weird tangents that her mind goes on while helping Anya study, but her feelings are genuine. All she can do is offer experiences from her own situation. She’s not making anything up when talking about her brother. Yor is giving her true self to Loid and hoping that it will help him out. It is a sweet idea that people can push themselves when it comes to making someone they care about smile.

Besides her wacky mind, the only flaw for Yor here is the hesitation to take a step forward. It is safer if she draws the line when it comes to herself. And so, she needs Loid to give her a push to accept herself as part of this. All of them know that they aren’t a normal family. Yor may believe that Loid and Anya are, but they all know their place is a shaky one. And in turn she truly gave him peace of mind. Their chat allowed Loid to remind himself that progress isn’t always quick or easy. Sometimes things move slowly and patience is required. And when it comes to a family unit like that one…it’s worth being patient. One day this group may have to face the potential dissolving of the Forger family. But eventually I think they’ll be ready to fight for it. 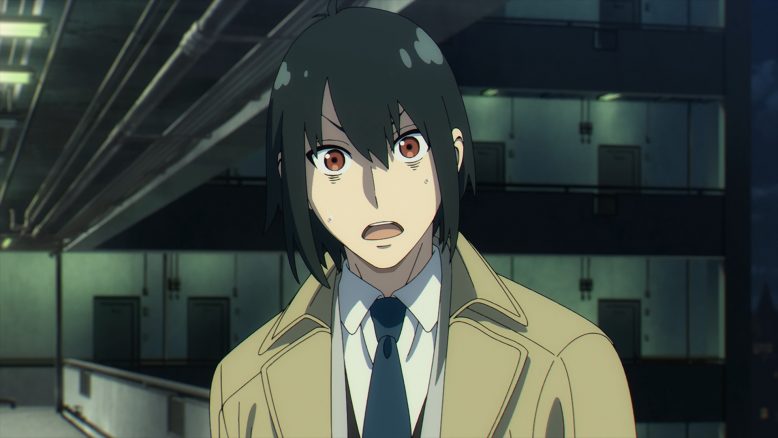 Anya should meet her Uncle soon!

This show just has good feelings to it. There’s some great action, hilarious moments, and good-looking characters. But at the core of it is this group of people all carrying their own scars. None of them were allowed normal families and had to do things they didn’t enjoy to survive. It’s a simple pleasure, but it is a definite joy to see this group coming together. The talk between parents near the end for Loid and Yor just felt right. It can’t be all smooth sailing. But at this stage the whole group needs a bit of smooth sailing when it comes to interacting with each other. They need to build up a good foundation before they can be truly tested. I’m not sure that Yor’s brother will provide that test. But it should be interesting to see how Yor handles playing her part in front of her brother XD.