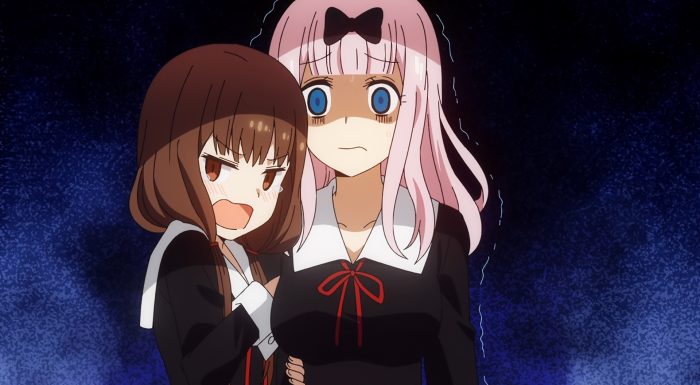 It feels like things are suddenly ready to take a step forward. Now it is possible that Shirogane backs off from his declaration in this episode. But I choose to give him credit and expect that he’s ready to make his move. Even if he is putting a future deadline on it, at least he’s actually put a deadline on his decision. He’s still wanting Kaguya to confess first. But at least looking at his future has reminded him that he can’t just pretend like he’s got all the time in the world. Frankly he should have been reminded of that when the student council dissolved last season. But now he really has to look ahead and the best chance to advance his relationship with Kaguya is right now. This is the most potential for progress we’ve seen in a while. 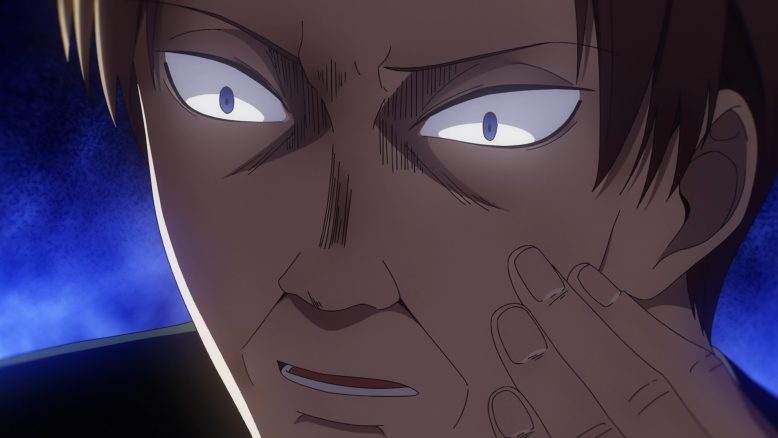 This man is intense!

Going overseas is certainly a good reason to want to make a move. Even if he was intending to go to the same school as Kaguya it would be nonsense to keep dragging this out. But with his expectation of going in a different direction, Miyuki really does need to do something. Kaguya isn’t under the same pressure to confess right now because she doesn’t intend to do anything unusual in terms of her life plans and she isn’t aware of Miyuki’s intentions. So, it does feel like he’s going to have to confess during the culture festival.

But you never know, things might go in an unexpected direction. Kaguya does have sources of intel. Heck…Miyuki’s father is definitely a chatterbox. He might tell her what Miyuki is up to. I still expect Miyuki to have to make a move here. The title doesn’t demand that Miyuki confess, but it does express Kaguya’s wishes. It doesn’t really matter who confesses in the bigger picture. But the two of them have their reasons to want the other one to do it. There’s mutual fear, but they have to push past that. Miyuki wants to maintain some level of equality with Kaguya due to the differences in their social standings. While Kaguya is fighting against her family doctrines and leaving herself vulnerable is difficult. One of them has to make a move and hopefully it does happen in the coming episodes. 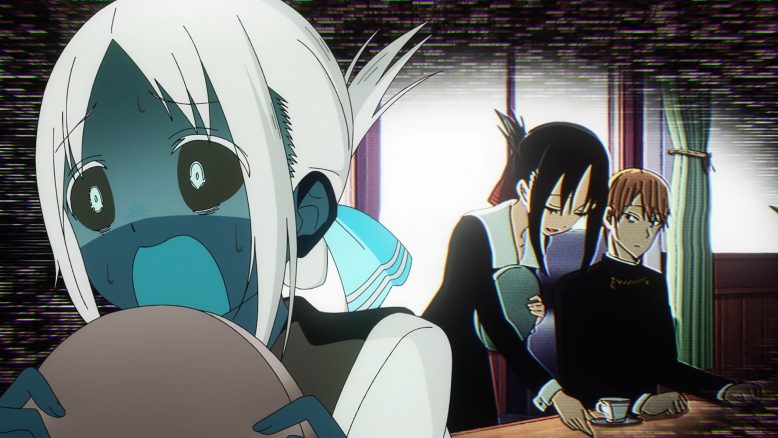 In some ways they really have come a long way. Season 1 would have had both sides losing their minds over the idea of even asking the other out on a date. Miyuki would definitely slide into negative thoughts of Kaguya saying “how cute” and shutting down. Now they really are only being held back by embarrassment. That is still a pretty major hurdle to be sure, but at least it’s the only thing getting in the way. Naturally things didn’t work out with the date plan since they left themselves open to having others influence them. Once they started asking for this group of…friends to give them courage it was all over. Kaguya especially did show major progress. Even while Shirogane’s courage was dwindling, she stepped up and tried to pull things towards the date. They both want this and are so close to making it happen. 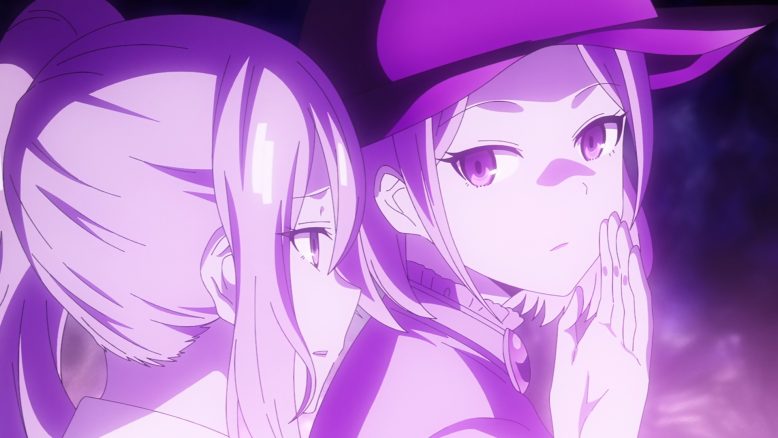 The parent/teacher interviews made for a bit of fun as well. It was mostly at Kaguya’s expense, but I didn’t mind that. They did play around quite a bit with Ai and I enjoyed that. It did feel like they were going to play her as also having a pretty ugly family situation. That being something that she could share with Kaguya. Instead…it really wasn’t XD. She likes playing roles so I guess it makes sense that she pretended like her mother was distant and wouldn’t give her attention. That or she was just trying to act like she’s not a big “mama’s girl.” I like to think that was a moment where Ai did drop her guard a bit and stopped acting. Just sucking up to her mom for a change. And it might be something rare for her since she basically has a full-time job herself assisting Kaguya.

Miyuki’s father is a treasure. They totally made the right voice actor call with him. Koyasu Takehito does masterful work. He has voiced more characters than just Miyuki’s father and Dio (from Jojo). But I’m definitely not the only one having a blast hearing Dio whenever we get scenes with Miyuki’s father. He has no hesitation when it comes to messing with both Kaguya and his son. The former being something shared with Ai’s mother who found this bizarre situation a total blast. Going into the parent/teacher interview with Kaguya was a lot of fun. And honestly it is appropriate since he is bound to end up her father-in-law eventually! 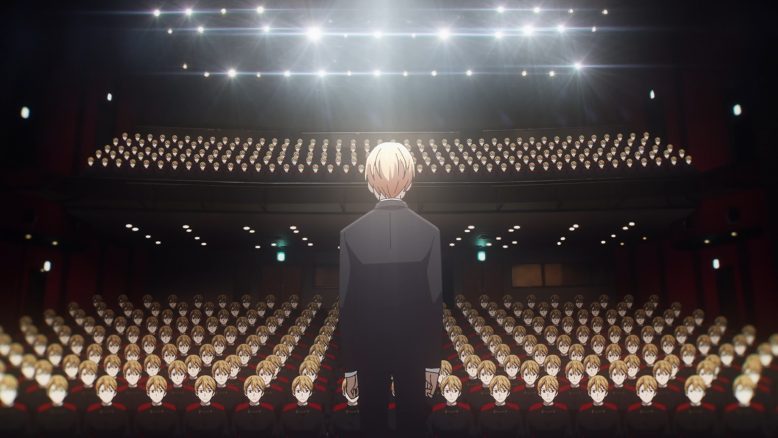 Looking at oneself is frightening

As always, I love when things get utterly silly with this show. Having Miyuki’s “objective breakdown” made for a great way to end the episode. A fair point by the narrator that an objective view of oneself is rather difficult. It does surprise me at times when others understand me better than I do myself. Of course, for Miyuki this mostly turned into an event for Chika to insult him. Ishigami is right to call her out on that. He does suffer from that himself, but Chika really enjoys hitting people with verbal barbs. Maybe because she’s the daughter of a diplomat she knows the power of words and enjoys using them. I can’t even blame her teacher for thinking for a moment that she was serious about becoming Prime Minister. Good god…the horror. The only thing more shocking was Chika realizing that Miyuki was her type! 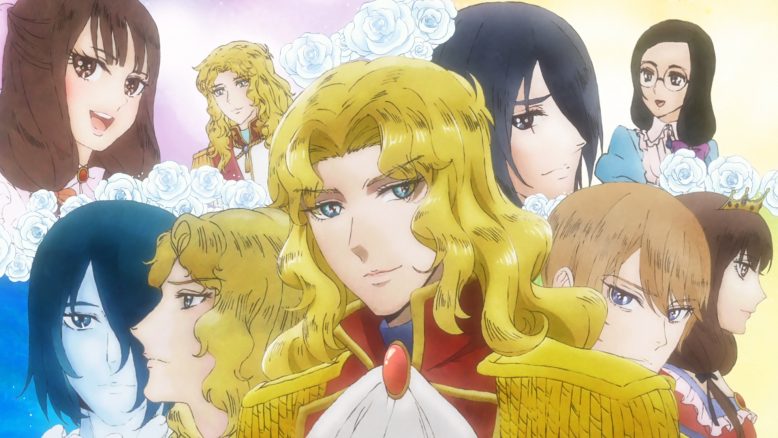 Iino is great for golden reactions. She goes from thinking that Shirogane is asking her out, to thinking he was trying to two-time on her with Chika, to basically saying he’s not her type, and finishing things off with her fantasy dream guy. Obviously, part of it comes from that supportive letter she got in the past. It has given Iino this idealized vision of romance. Iino is right that the person who sent her that letter (probably Ishigami) does exist. But the others are right that she’s going to take a hit when reality doesn’t meet with fantasy. There are no perfect people in the world. But that doesn’t mean she can’t have standards or a type. But if she makes it too high a bar to clear then she won’t really find anyone at all. 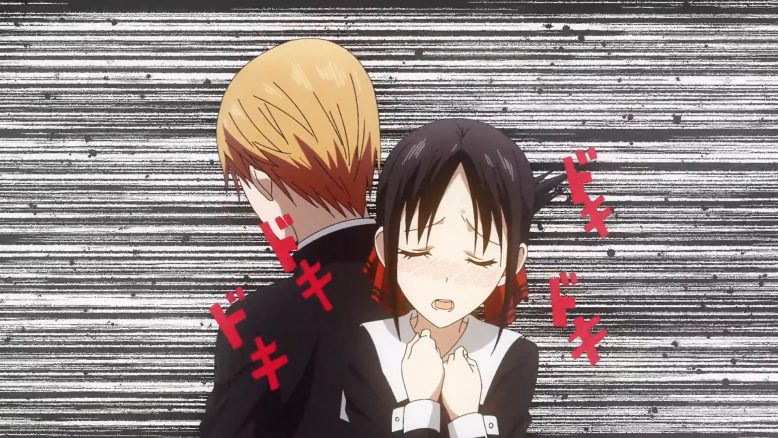 Can either of these two really confess?

This episode was purely exciting for the chance at the status quo shifting. Time is passing in this show. The student council ended, reformed, and now they are heading into events. There is a ticking clock for Shirogane and Kaguya. Maybe they will pull back and frustrate us all. But I think they are honestly telling us to get excited. We’ve gotten into a third season of this series. The show doesn’t have to end with a confession and in fact it would be cool if it actually kept on going after one. “What happens after” is something that some series fail to recognize as being worth exploring. I’ll try not to get too hyped until we get to the big event. But I will admit the show has me really excited to see what will happen.