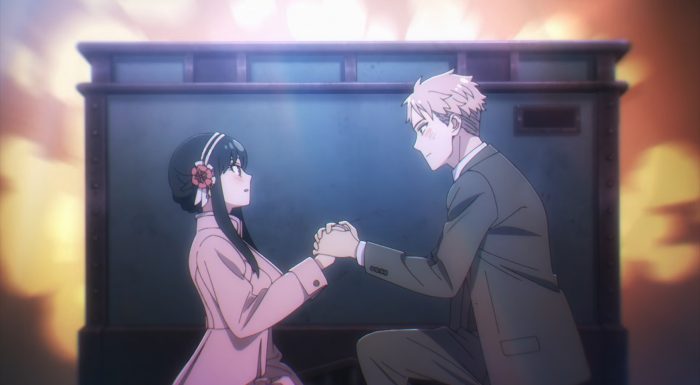 This episode was everything I could have hoped for with Yor joining the cast. It is easy to see how much fun this show will be with this trio spending more time together. All of them have their own secret lives to manage and reasons to keep the others in the dark. The potential is just really strong for ridiculous moments and also good character ones. Since the only one aware of the full picture is Anya. And she is very much a child so the worlds that her parents are living in are still a bit more than she can fully grasp. Not to say she doesn’t understand anything. Her own past still gives her the ability to know to a degree how dark the world can be. 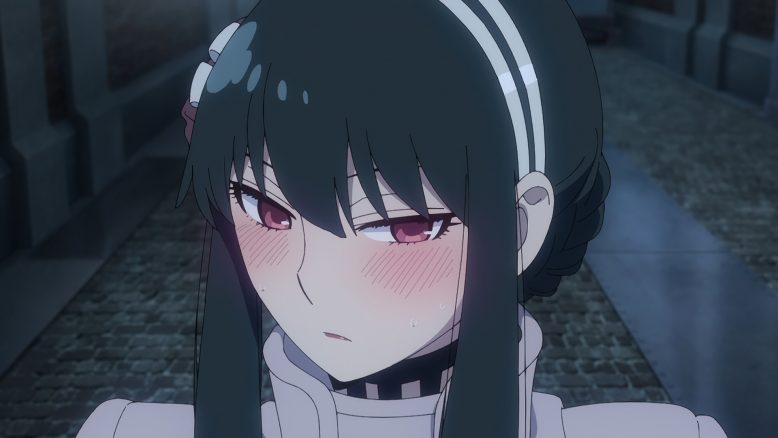 Yor brings both cuteness and intensity

No surprise that the wife of this family of secrets would be as awesome as the husband and child. Of course, she is a pretty amazing assassin and her skills are made clear throughout the episode. But just as a person Yor is simply great. She manages to bounce between being rather sharp in some ways and an airhead in others. Things like office politics go over her head and she did buy Loid’s rather ridiculous excuses with extreme ease. But at the same time, she was able to detect Loid observing her despite him being trained to do that sort of thing without ever being noticed. And her physical talents are out of this world. Loid is a pretty excellent combatant himself, but I don’t think he can quite match her kicking talents XD. 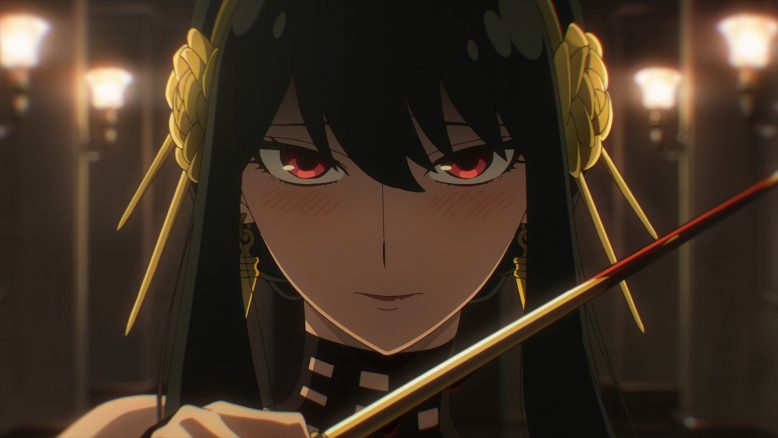 It is nice how we got to see a full picture for Yor. She truly cares about her brother and has clearly done a lot to help set him up for success in life. The assassination life isn’t one she just fell into and clearly she’s had to do a lot of things after her parents died to keep that little family unit going. She trusts what Loid had to say to her and has a lot of sweetness to her. It was great seeing her just throw out a “let’s get married” line so out of left field that Loid was left falling over in surprise at it. Of course, she has reasons to want to use marriage as a shield. But there’s no doubt that meeting someone like Loid meant a lot to her.

When Yor gets into ‘work mode’ she’s pretty darn awesome too. She just waltzed right into that secure location and started taking everybody out! They didn’t stand a chance and that was clear to see. Her biggest troubles was getting the blood off her hands and getting her outfit fixed in time for a party! While things are likely to be crazy going forward, there is no doubt that Anya has two of the scariest parents to upset in the world. We’ve already seen what Loid could do if she was in danger and there’s no visuals needed to express what Yor could be capable of. Good thing that Anya pushed these two together without letting them drift apart. 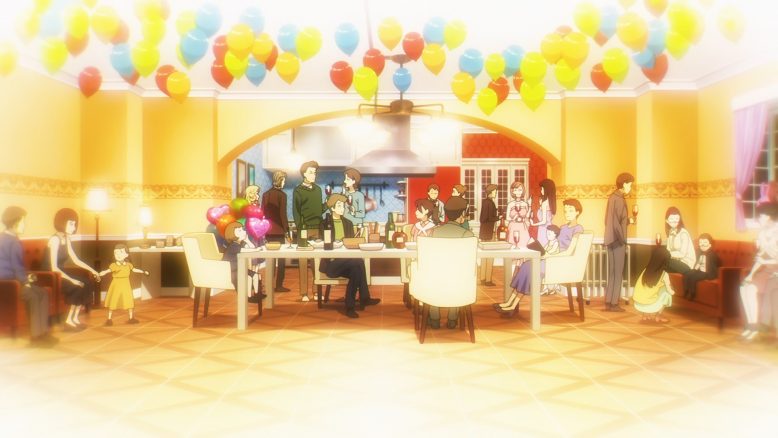 What used to be an out of reach dream.

The married life is a bright one for both Loid and Yor. But for both it also felt like something that was out of reach. Their usual lifestyles didn’t feel like ones that could allow it. Obviously, this is reaching way further than just the second episode of this show. But you can just feel how valuable this family could be for all parties, including Anya. It’s a risky situation where they all have secrets to keep. But it is one where they can attain something that their pasts made them feel were never going to be theirs. The long-term scenario for something like this is things probably falling apart when the truth come out only to come together all the stronger when they realize how real it was. But that’s more a long-term expectation. 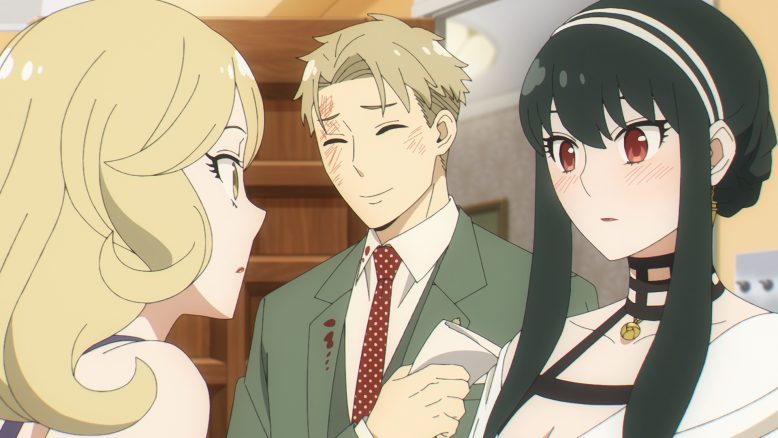 Doesn’t even deserve to share the screenshot with them

It was satisfying seeing Yor’s stupid co-worker getting what she had coming to her. It became incredibly clear how this trio was taking advantage of Yor’s naivety to make fun of her. But it only got worse at the party. In a situation like that it is in extremely poor taste to joke about reporting her as being suspicious to the authorities. There’s no telling who is hidden away at that party or who might actually go ahead with that. A small burn on the nose was the least that person deserved for trying to harass Yor. All the more so with how utterly petty a person she was. Getting mad at the friend of Yor’s brother for even speaking to her and then for Yor having an attractive ‘husband’. At least it did allow Yor to stand out and be awesome XD. 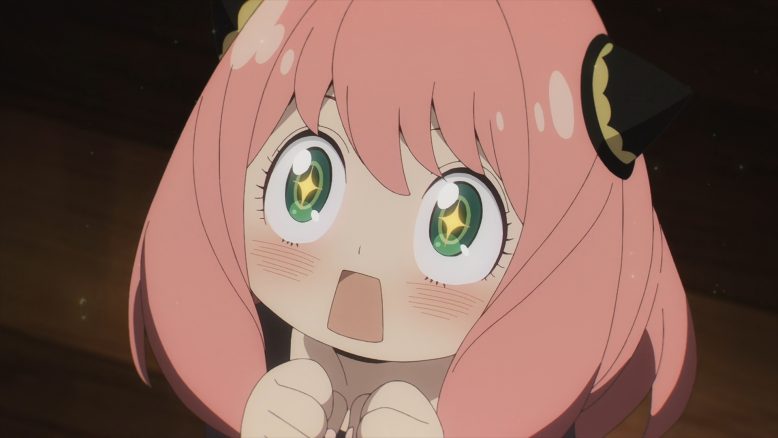 All of this leading to a great finale. It was just pure fun watching these two utter badasses handling a furious assault without issue. All while they were still trying to keep up their surface identities in front of the other. You could just feel the fun they were actually having. So much so that them getting married actually didn’t feel like a stretch. That Loid lost the ring and proposed with a grenade pin was just perfect. These two aren’t the types to propose in a conventional way. And while this left Anya out of the action it did allow for a spark of a relationship between these two.

This was just such a fun episode and this series is just doing everything right. I can’t wait to see how this show will play out and there’s no doubt that I’m on board for the rest of the season. The next ‘mission’ should be plenty fun too. Loid got the wife he needed, but his main mission is ongoing. Seeing this bunch trying to play the role of a normal family should be a treat to watch.