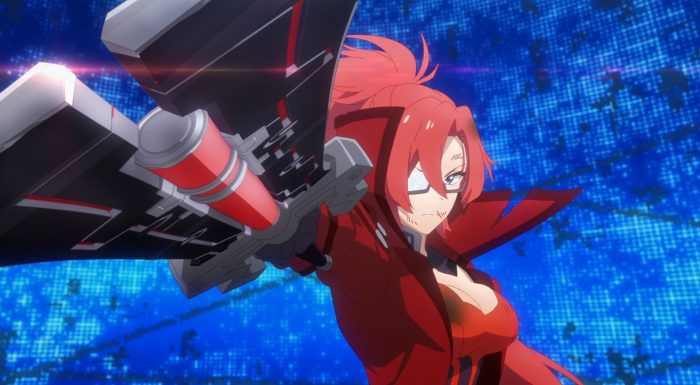 Holy smokes! There’s a lot of words that come to mind to describe this episode. Most of them combining with the desire to wave my hands around to express how utterly crazy this was. This season has been absolutely amazing. We headed right back into the over-the-top territory of the golem battle with this one. The second half of this episode was just unbelievable. No matter how much Karyl would wish for the status quo to be maintained…that just isn’t going to happen here. And the consequences of this episode could be pretty dire. 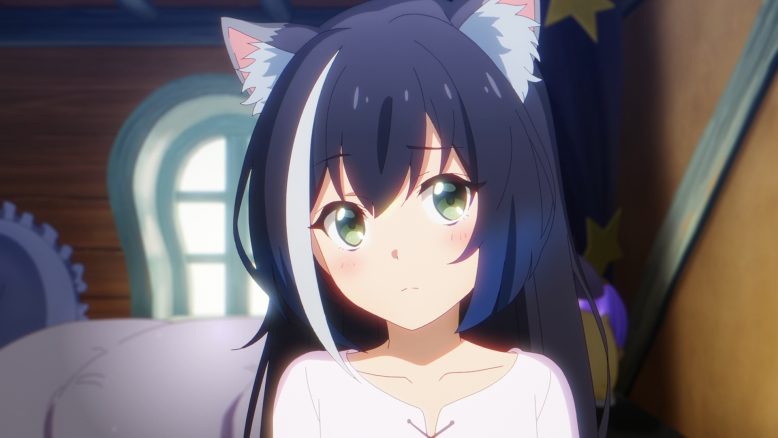 Things were so peaceful to start

I can’t say that I ever thought the big bad of the series would be sitting and eating some rice balls with Karyl…but there you have it. This episode certainly had moments of delving into the villain a bit more. It seems like she’s got plenty of issues of her own with that pained sleep. And surprisingly a mark being left on her after that encounter with Pecorine. Still an absolute threat. But this episode had some interesting moments to it.

Of course, the biggest reveals were about her power and condition. It is kind of crazy that Kaiser Insight had even more broken powers than we’ve seen. She even had the power to predict the future which can be pretty broken depending on how precise it is. Of course, having lost the ability to use her original power she’s having to delve into other abilities to make up for it. She’s using the shadows heavily to provide herself substantial amounts of magic along with trying to steal powers like she did from Metamorregnant. 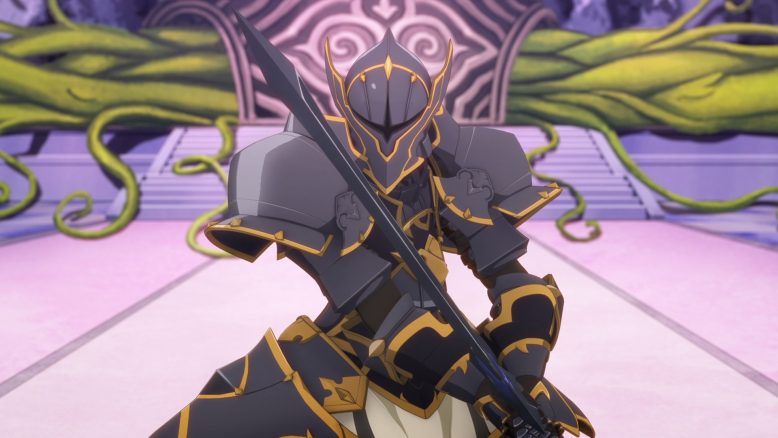 I hope Jun is alright

Episode had some real tense moments even early on. Jun finally following up on the questions that Christina posed last season about the state of their nation and their ruler. Although definitely getting into dangerous waters with finding the captured Metamorregnant and being attacked. I think it is safe to say she’s not in a great spot by the end of the episode. With the other Kaiser showing up to attack Labyrista that should mean that she was finished attacking Jun with that army of shadows. Hopefully she’s alright, but there’s no way to know until she shows up again. 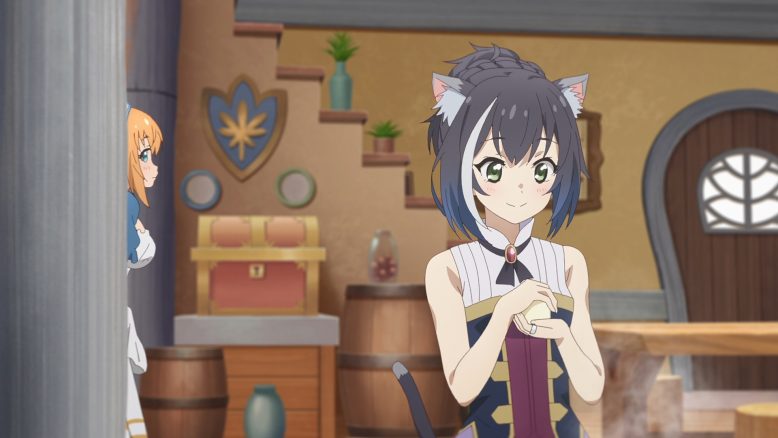 These two are just cute

There were some really sweet moments in this episode. If not for the feeling of doom, I’d have really loved the bits with Pecorine and Karyl. If you switched Pecorine wanting to tell Karyl that she’s Eustiana with a romantic confession then things still look remarkably similar. The unease and stress right at the start with Pecorine wanting to knock on Karyl’s door, Kokkoro playing wingman, and Pecorine looking visibly nervous with Karyl. Part of me thinks it would have been easier to just tell them in a group setting since she has to tell Yuuki anyways. But I get the idea that she wants to make this a 1 on 1 thing. It’s a very serious and difficult subject for her. There’s a lot of fear involved in it and I get her wanting to take it one step at a time.

It really is unfortunate that she didn’t have time to talk with Karyl before things got out of hand. I mean Karyl has to know Pecorine’s story so it’s not that important to have Pecorine tell her. But it matters to Pecorine since she doesn’t know that. And sadly, I’m not sure Karyl will be allowed to go back after that horrific scene. So, the next time the group meets with her it might be during a confrontation with Kaiser Insight. Not the best of time to have that kind of reunion, but certainly the most dramatic way they could handle it. 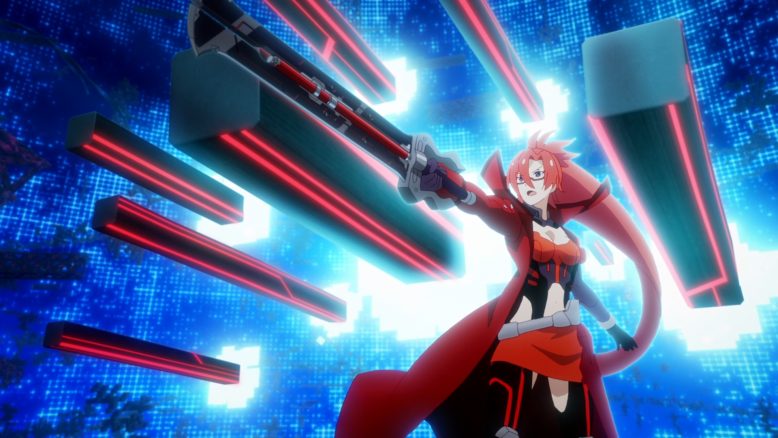 This episode is full of wallpaper material

All of this and I still haven’t gotten to the utterly insane fight between Kaiser Insight and Labyrista! This fight was just honestly really cool. Queen Labyrinth has one heck of a great ability. Object manipulation is pretty nuts when you think about it. But it just allowed for cool moments like her pulling back that sphere shield she was using to guard herself. Just opening it up smoothly so she could have that quick chat before they really kicked the fight up a level. Not that Kaiser is lacking in power herself. She’s plenty powerful and that only got truer as she tapped into Metamorregnant’s power. But there’s just something really cool about the ways that Labyrista could attack and pressure Kaiser.

Plus, the fight had a really good back and forth element to it. There were moments that things seemed to be leaning to Labyrista or at least being even. Then things really tilted towards Kaiser Insight which created a sense of dread. After all I like Labyrista and she’s been an important ally to Yuuki throughout this season. What got me was the surprising turn where Labyrista started to take control of the fight again. Things felt so decisive that for a while I thought she was going to win. My mind trying to figure out where they could go with it if she did. We had characters throwing moons at each other. Moons! 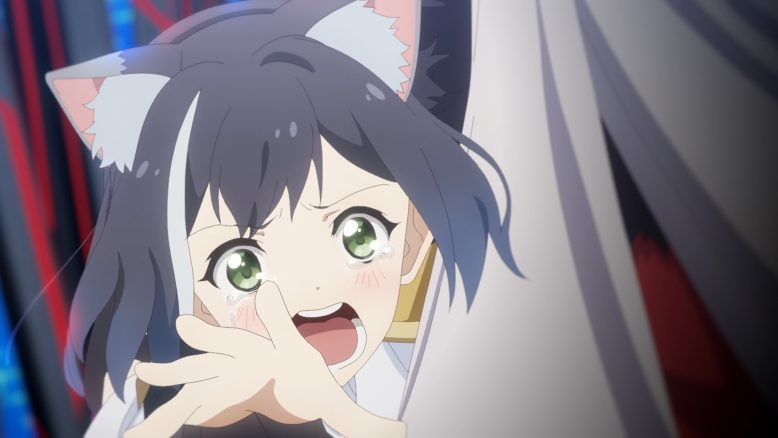 I was so caught up in the moment that I didn’t think about Karyl’s ring or the second Kaiser we’ve seen. On some level I thought she was a presence made by Kaiser using Metamorregnant’s power and once she was low on magic that wouldn’t matter. But it wasn’t that simple. I got some good flashbacks to Symphogear XV with Karyl being used a human shield like that. It hurt to see the scumbag move to use Karyl who worships Kaiser Insight to halt Labyrista. Of course, she had to stop. There was no way she could kill one of Yuuki’s friends and comrades. And the consequence was that she took a brutal hit as a result. I think she’ll survive. If Rino and Shizuru can get to her then great. If not…Kaiser wants to use her ability too so I think she’ll keep Labyrista alive to use it. 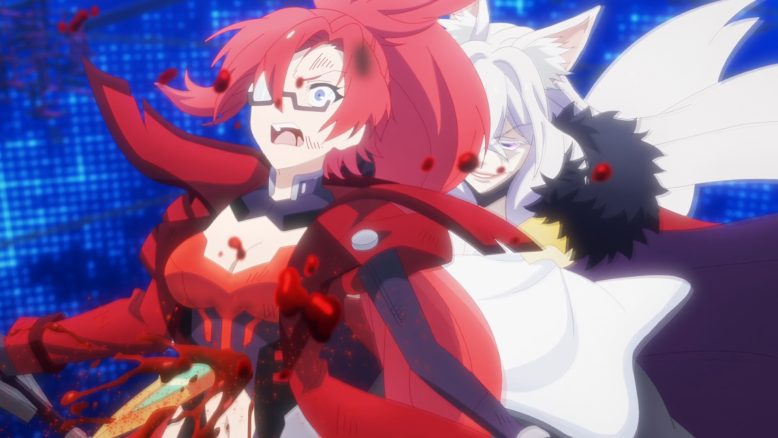 This was tough to see

There are other elements that could be easily lost in this episode. Labyrista definitely pushed her attack because she realized that Kaiser was weaker than before. But I think she’s desperate to protect Yuuki from this fight too. The opening of the episode is too cryptic to make many assumptions. But might as well try anyways XD. It did seem like she was checking out Yuuki’s information there. But what did she see? Is he almost recovered? That didn’t sound to positive the way she was talking. Is he close to his limit or something? It sounds like he and Kaiser have “Re-Dived” multiple times already. I presume that’s code for the reset button getting hit. But if Yuuki is out of chances I could see her acting rashly. Especially since she feels responsible for getting him involved in all this. 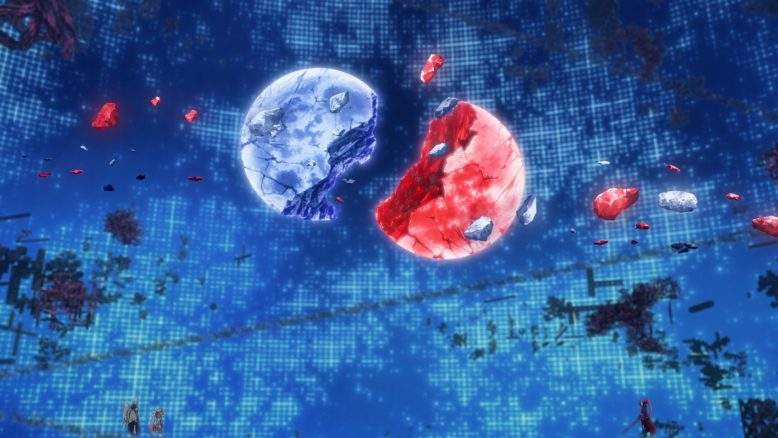 Characters just throwing moons at each other here

This episode was legitimately packed. The early portion was full of cute and heartwarming stuff. Even when it comes to the antagonist of this series. But the second part was absolutely full of action and the ending was really emotional. We are really in the last part of the show now. If this is what they brought in episode 9, I don’t even know what to expect from the remaining episodes. This should be an absolutely memorable ride. It is tempting to keep calling this episode amazing and that’s honestly how I feel about it. They got it right with this one.