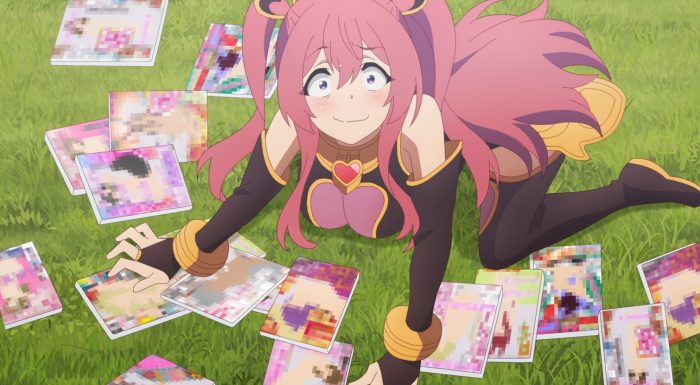 This was definitely a breather the show needed after a couple intense episodes. Not to say this wasn’t a fun and enjoyable episode though. We still got a pretty awesome fight against slime-controlled armor (you had to be there) and some great comedic moments. They really let Yuuki just be a funny character here. He’s had a tough couple of episodes so it is good that he can avoid the kind of stress that he’s been dealing with lately. There’s no question that more stress is coming so he needs this kind of break. It does say something when fighting crazy monsters and dealing with…unique people like Kuuka can be considered taking it easy! 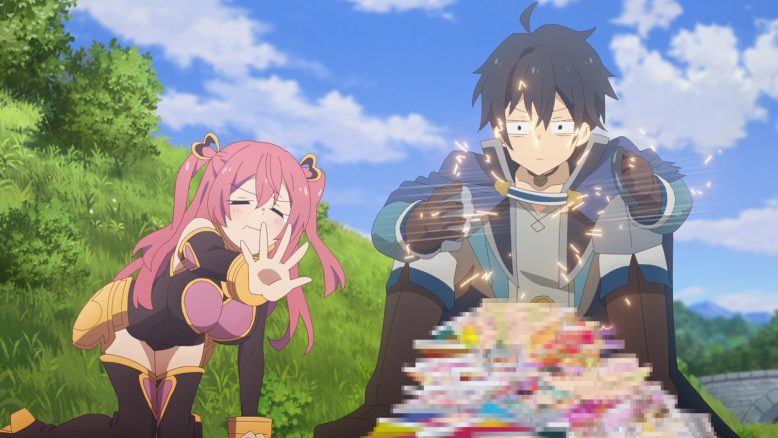 Let’s just give Kuuka a sympathetic clap. Her ‘books’ were totally burned to ashes. Of course, it was done with the best of intentions and Yuuki was concerned in his own way. Not to say what he did was necessarily wrong either. Kuuka had her coworkers worried and was sneaking out in the middle of shifts to go through her erotic fiction out in the open…To say she was going on the wrong path would be fair. There is no shame in enjoying hobbies. But there is definitely a point of going too far and I’d say she reached that point.

Not that it necessarily solved anything though. I think she just got a new fetish out of having her possessions destroyed. In some ways you can give her credit for not letting things get her down. Hopefully she can actually do her job without letting her urges get the better of her. Although Yuuki really is picking up a group of eccentrics that are interested in him. Already had Eriko last season and now this girl will see him as the sadist to her masochist. 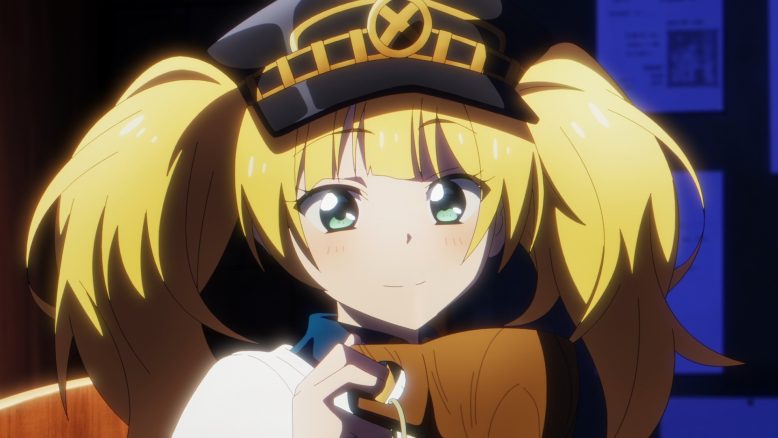 Best of luck with her mission.

My condolences go out to Monika. Kind of interesting to see someone here that’s originally from another franchise in Rage of Bahamut. She’s got a lot on her plate. People treat her like a kid, her guild is full of very strange people, and she’s got debt issues to worry about. They clearly are capable enough to bring down a monster like the one in Monika’s flashback. But they are also chaotic enough to blow up a bridge….in celebration. That’s a lot to handle when she’s also apparently doing an investigation on Landsol.

Not to say that Monika is flawless. It was her get rich quick scheme that got them trapped in a giant slime monster. She was totally fine with selling toys filled with slime of unknown origin. I don’t blame her too hard since otherwise she was looking at serious debt and her guild wasn’t going to be helpful in paying that money back. So digging up a mountain of slime was really the best plan she could come up with. On the positive side it hurried up the conclusion to this situation. 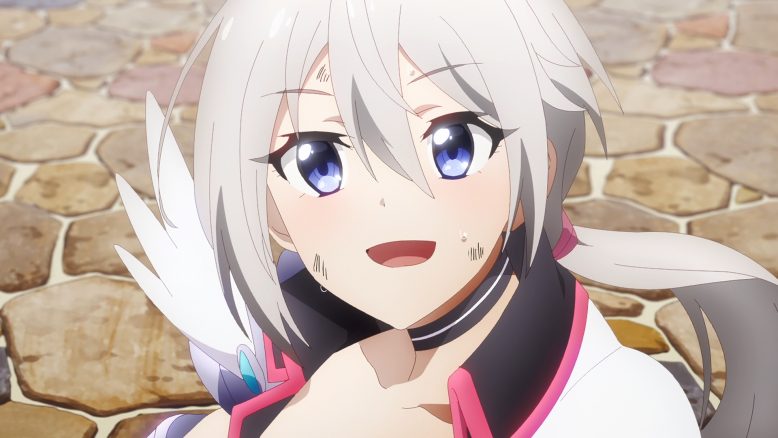 While the main story didn’t move forward too much, it was nice to see various character interactions. We got to meet Jun and the members of Nightmare last season. Though the only one we really got to know in any detail was Christina and that wasn’t exactly a positive experience. So, it was good to get a bit more insight into the personalities of characters like Jun, Tomo, and Matsuri. They are on the wrong side of this being aligned with the person who took everything from Pecorine. But they aren’t consciously aware that this happened. If things were the way they should be then they’d be really good allies for Pecorine and the crown. All three of them seem like they have a good sense of justice. Jun was even out there on her own trying to resolve a situation of her armor being used to harm people.

It does feel weird that Christina was the one person who totally knew that Jun was innocent. I suppose as someone that walks on both sides of right and wrong that she can tell when another person is capable of that. Matsuri also wanted to stand firm, but even she couldn’t be totally sure after a while. Tomo wasn’t sure the earliest, but I think that’s just a case of realizing how serious the situation is. If Jun had gone off the rails that would be terrible both for safety and for the reputation of Nightmare (which isn’t great anyways). She did what she could to protect people and fight even when she thought Jun might be the enemy. And she was quick to stand firm when Jun herself actually showed up. So it all worked out pretty well I’d say. 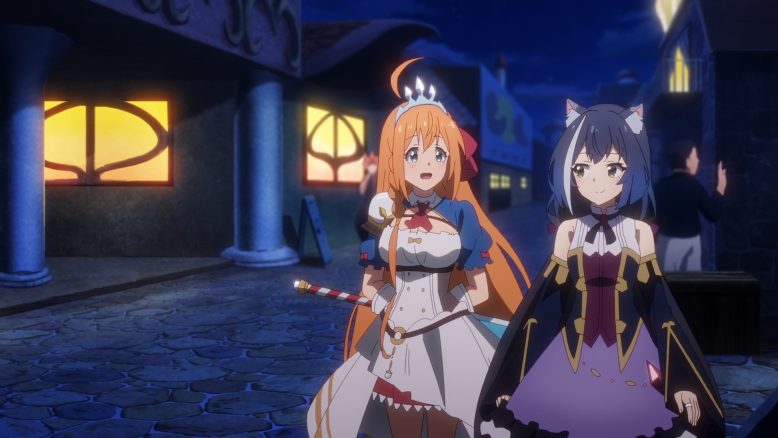 I do kind of like how the Gourmet Guild is comfortable enough splitting up for operations. And they still have the flexibility to switch things up. One day it was Pecorine/Karyl and Yuuki/Kokkoro, but they didn’t have issues changing partners the next day either. It didn’t really matter too much, but it just shows the character growth. Even if the Yuuki and Karyl combination were eventually running from a gigantic armor/slime beast. We can’t go an episode without Karyl freaking out. The original pairs were kind of nice though, especially for those absolutely supporting the Pecorine and Karyl ship. The secrets are still there though and that can’t last forever. 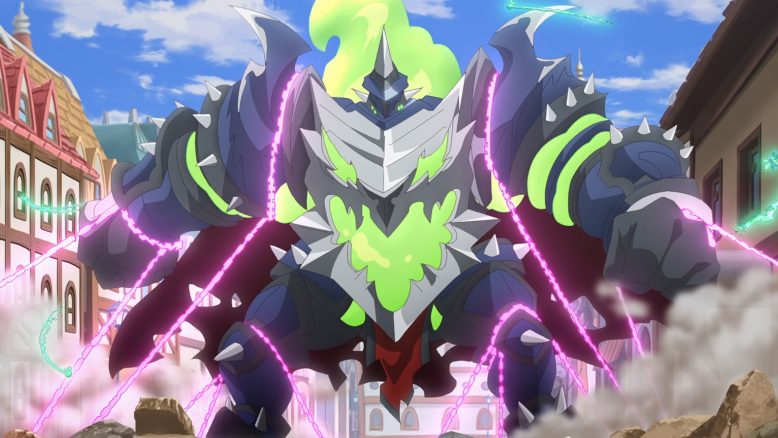 When the armor slime attacks…

The short battle against the armor slime was fun. Good efforts by the main members of Nightmare. Jun held the line well to allow Matsuri and Tomo to get some good strikes in. Got to let these girls show their stuff. They naturally let Pecorine have the finishing move since that Princess Strike is such a good attack to lean on. But the whole situation showed a good group effort. Karyl and Kokkoro helped lock down the monster and the general public played their part in helping save Monika’s guild from their tricky situation. 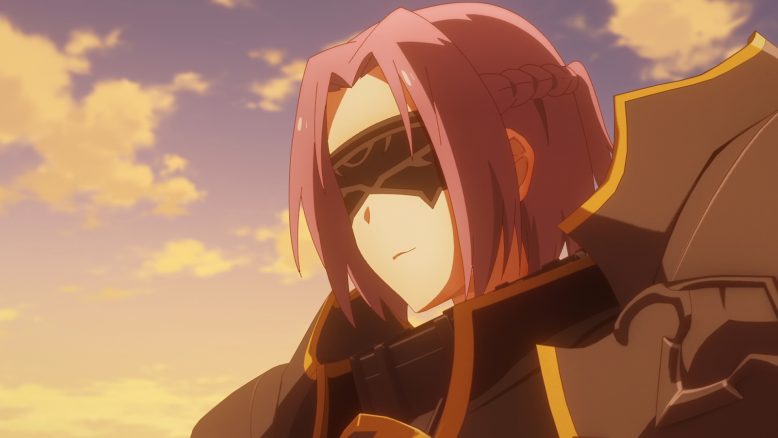 Honestly the only part that might tie into the coming episodes was the butterfly we saw around Mitsuki and her guild. Considering her main body has been captured by the antagonist it would make sense for her to be reaching out to other guilds for assistance. And a guild that employs questionable legal methods would be one group to seek out. If that guild gets involved in all this…then Yuuki has my condolences. That guy still has plenty of trauma to deal with after what happened last season. But for now, there’s no certainty he’ll cross paths with them again. No idea if the next episode will be another light one or if they’ll get a bit more serious with the story again. But they are bound to pick up the intensity again soon. At the very least I think Karyl’s spy mission is going to be blown soon enough.