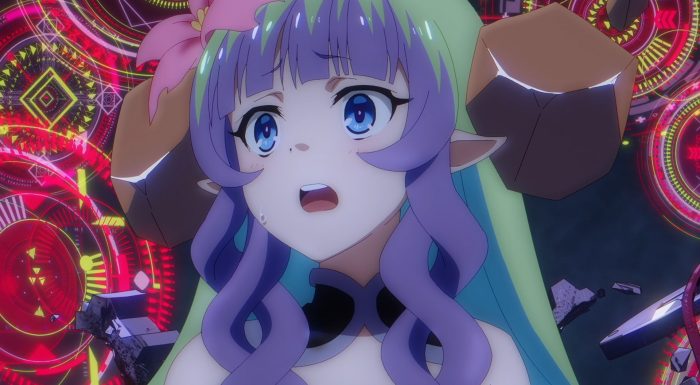 If the previous episode was a visual spectacle with great action than this week responded with an episode absolutely packed with world building. There is a ton to unpack in this episode and yet it only feels like the tip of the iceberg. We got such a good look at this world and an understanding of what happened in it. Yuuki’s immediate past in this world is much better understood now. And through the immediate conflict between Pecorine and ‘her majesty’ we got plenty of growth for her character. There’s no doubting how big a threat this person is and will be in the future. Having her mostly acting behind the scenes is really saving the main cast from a conflict they simply can’t handle right now. 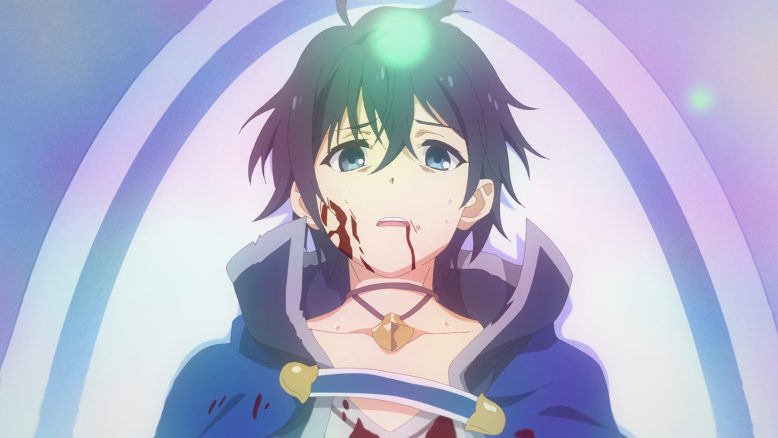 A hero with or without memories

I think starting with Yuuki himself makes the most sense here. There have been signs of course (not to mention the title) that this is a restart of sorts. But here we very clearly got to see how much of one it was. Yuuki and company took the fight to their enemy and…didn’t win. Yuuki being the guy he is jumped in front of an attack meant to strike down Pecorine. And it’s hard to ignore how things utterly fell apart from there. There was no way they could focus on the attack nor could they save Yuuki’s life either. It was just a tragic disaster. The flashes we saw of everyone (including Karyl) down on the ground made that clear.

The other interesting element in that is the roster itself. Of course even in that scenario Yuuki still met Kokoro, Peorine and Karyl. That trio stuck together. We also got his ‘sisters’ who understandably would have joined such a fight. And there was also a pink haired figure. This is someone that was somewhat out of focus in the OP. Yet she was also clearly connected to past events. You have to think we’ll meet her and the others shown similarly. But for now they just remain a curious mystery. 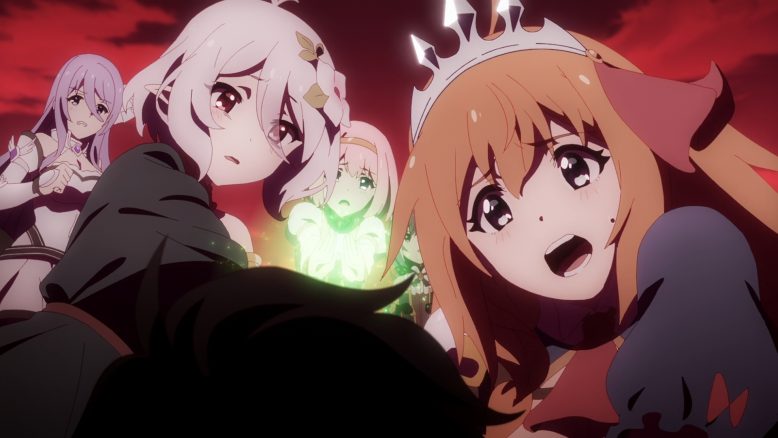 I’m sure he’ll regain those bonds

Yuuki was definitely left to make a painful decision. Of course you can say that’s partly his own fault since he did jump in front of that attack. But leaving a friend to die without trying to do something doesn’t fit him either. All that he could be left with was the choice to die or reset. He could go out and at least hold onto the bonds he’d built up while doing so. It wouldn’t be a good ending, but there are reasons to accept it. Or he could take the harder path and lose it all. All the bonds and memories would go. No guarantees that things would play out the same much less go better. He could go through all that just to end up in the same position again. And as we saw in this show…it really leaves him a totally blank slate.

But Yuuki took his chances. The guy risked it all and gave everything to this chance. Even if he went into it in pain and in tears, he took the path to try and give them a better future. And so far things have gone fairly well. Yuuki has regained bonds with Pecorine, Karyl, and of course Kokkoro. He’s steadily growing stronger, fighting better, and leading when the time is right. But there’s still no certainty that this won’t end in tragedy once more. And he hasn’t quite regained everything he lost either. 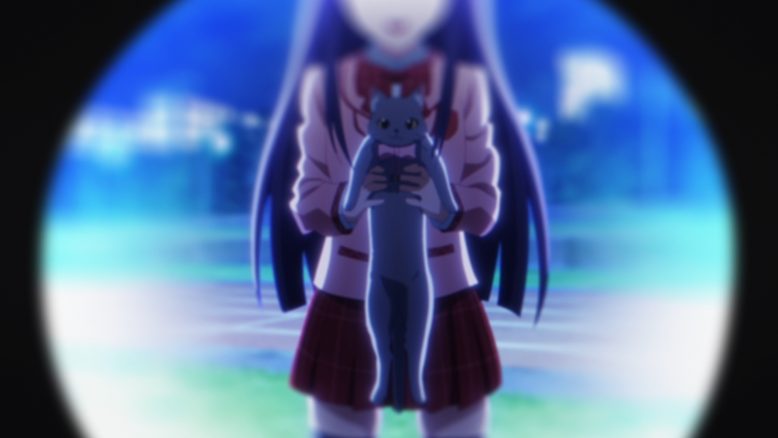 There’s another layer to all this

Kasumi is a good example of the deeper mystery that goes even beyond what Yuuki saw. The memories triggered by his interactions with her and Kiiri was definitely interesting. It’s hard just from these to fully grasp what the true situation is there. But at the same time it is something we can build on. Kiiri being the name of a cat that Kasumi and Yuuki were looking out for. The memories are vague and fragmented in comparison to the ones showing his fall in battle. There are little details like Kasumi’s clothing that continues to deepen the mystery too. We have a certain layer of mystery with the present situation, the mystery of the immediate past, and the mystery of scenes that Yuuki is apparently not ready to access yet.

We hadn’t seen much of Ameth or “Queen Labyrinth” to this point in the season. But wow this was quite the scene to show. Ameth looking like she was working like a maniac to protect Yuuki’s mind and consciousness. He was pushing himself so hard to protect Kiiri and that in turn was making her frantic to protect him. Without some much needed support then who knows how things might have turned out. And what makes it harder is that Yuuki and Kasumi have no idea what is going on. They don’t know that Kiiri’s consciousness was taken into protection for down the road. All they can do is pick themselves up. This shadow that just entered their lives, left it just as quickly. It is a rough day for Kasumi who gains this new ‘assistant’ only to lose her. 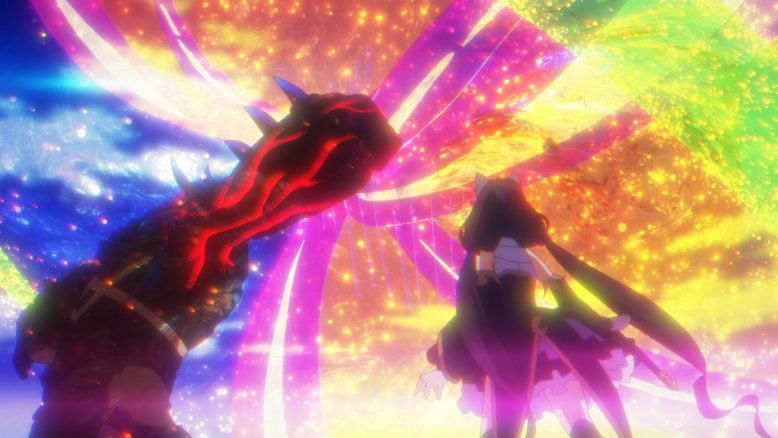 Pecorine is all kinds of awesome

Of course Pecorine’s struggles were brief but quite good. That poor girl had to suffer a lot of emotional damage in this episode. That monster was absolutely hammering at the fragile parts of her mind and nearly breaking her down. And we saw last season with her crying against Kokkoro that there is an understandably fragile person underneath all the brightness. Pecorine has faced so much and yet is continually asked to take on more. There was no hope of rescue. Karyl was the only one who truly had any idea of what was going on. I don’t believe she realized the role the ring played in it though. Regardless, it isn’t like Karyl herself had the power to do anything there. She couldn’t teleport after Pecorine even if she gained the will to take on the person that she feels such a debt towards.

It really was all up to Pecorine to rise above this. And she absolutely did just that. Her heart isn’t broken yet and she can still stand up, even if that person only let her go with the intention of breaking her further once her soul was ‘ripe’. At least she’s back with those she cares about. The reactions from everyone, including Karyl making clear how precious she is to them too. This agony is continuing to eat away at Karyl. But for the time being she just doesn’t know what to do next. She will get there and until then all we can do is wait. I’ll also give credit to Pecorine for trying to rise above hate. She has all the reason in the world to despise this person. It isn’t like she’s planning on becoming her friend either. But she is willing to try and understand. 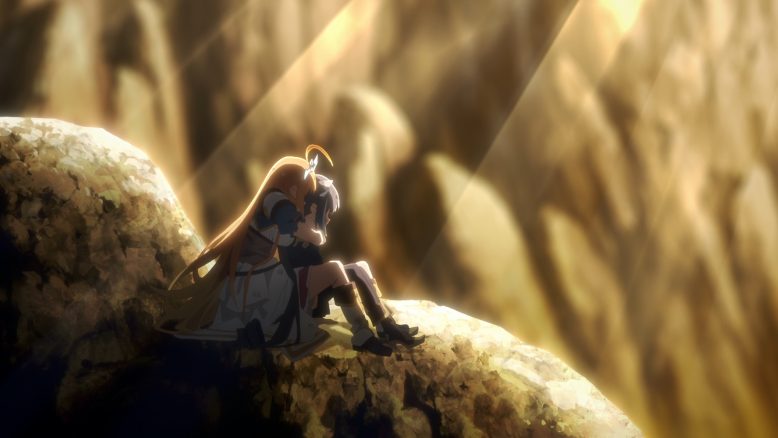 The past two episodes have been truly excellent

While the action couldn’t quite compare to last week, I still had a blast with this one. There was a lot to love here. The story got so much deeper thanks to all the memories we were exposed to. And it isn’t like the action was completely gone either. They handled that golem as best as they could. And it ended with an aerial Princess Strike which was a lot of fun to watch. Although it wasn’t a total win. Their enemy got her hands on the person that had sought out Yuuki’s aid. That will definitely become an issue later and hopefully they can save her. We don’t know that much about her, but she isn’t a bad person. Season 2 is just continuing to land with great episodes. No idea how things will play out from here, but I’m hyped to see how it goes.