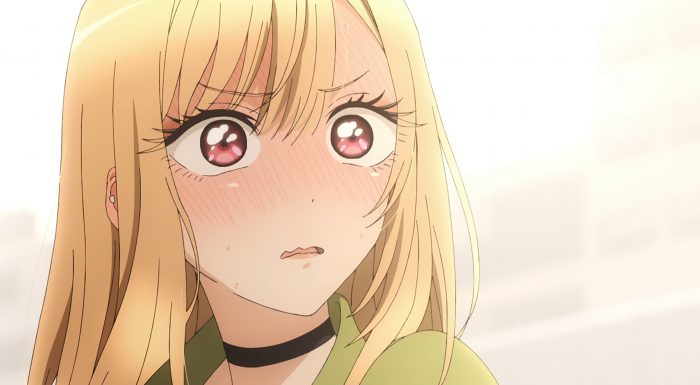 No surprise that this show once again delivered a good episode. Things were set up nicely with the previous episode with the Shizuku cosplay being completed. And it was definitely nice getting see Marin get her chance to fully engage with her cosplay. While Gojo’s incredible efforts had pros and cons to them, it did allow Marin that opportunity. There was no shortage of good moments, whether it was the quiet photo session at Gojo’s place or the full-blown cosplay event. While this episode didn’t have the same level of drama as the previous one, it did have a lot of good Marin moments. And things are definitely progressing down the romantic route that you’d expect. 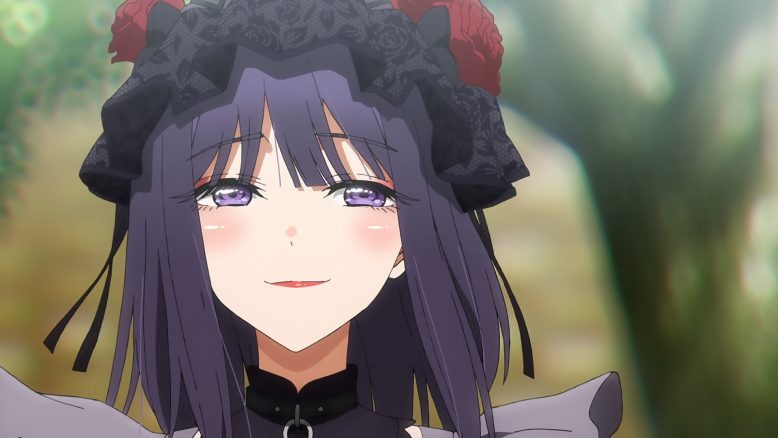 Lot of smiles in this one

There is just something truly enjoyable about seeing someone enjoy their hobby to this extent. It’s a good reminder of why watching anime is fun in the first place. Marin really nailed it with her appreciation of the cosplay event as whole. Being around people enjoying their hobbies is a nice thing. And I think that’s all the truer when you are enjoying that same hobby too. After all I think that’s part of the reason, I feel like writing about shows that I’m enjoying at all. Just something positive about sharing your enjoyment of something no matter how many or how few end up reading it.

No question that Marin thrived in that setting. Really the only downsides of it were of course the overheating issue and that she couldn’t take a bunch of pictures herself! She was too popular which made it tough to actually get into line to take pictures of the cosplayers she was excited about. Although if she hadn’t run into the situation of overheating then she surely would have had the chances to do that. It’s also completely fair to tell people she’s taking a break from having her picture taken so she can take some herself. Not as if it was the kind of environment where people are being unreasonable. 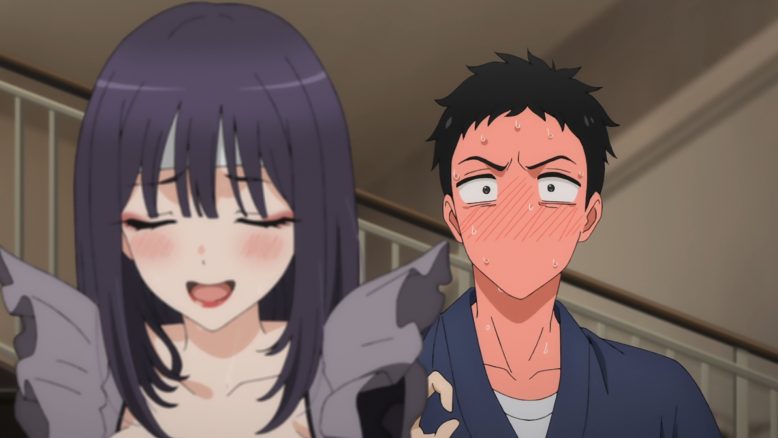 Gojo barely survived this one

It makes total sense that Marin did run into the issues she did. The heavy fabric was very fitting for the cosplay, but that is going to make heat an issue. I don’t think it helped that she effectively decided to pad her chest to make the cosplay more accurate. Not that I’m going to deny her that since even Gojo is very into accuracy XD. But it was a risky move since the cosplay was so perfectly designed for her. She was there when they took very accurate measurements for it! No shock that it couldn’t handle the extra bulk and was at risk of…having issues. At least it gave us another “what now” kind of reaction from Gojo who is good for those.

They will definitely have to pay attention to weather conditions and the actual cosplay in the future. Some outfits won’t be any issue in that kind of heat. But this specific outfit is heavy and mostly black in colour. That’s not a good combination for summer heat. On the positive side at least, it gave us yet another good showing of Marin being lovely and Gojo being embarrassed. Not that anyone could blame him here. Marin is terrifying with how lovely she is and how she behaves. But this is a case where even Gojo had to remind himself that this wasn’t a time to be embarrassed or appreciate the sight. She could have legitimately been in danger of heat stroke with the way things were going. While the approach taken was full of fanservice, it was also a good idea. 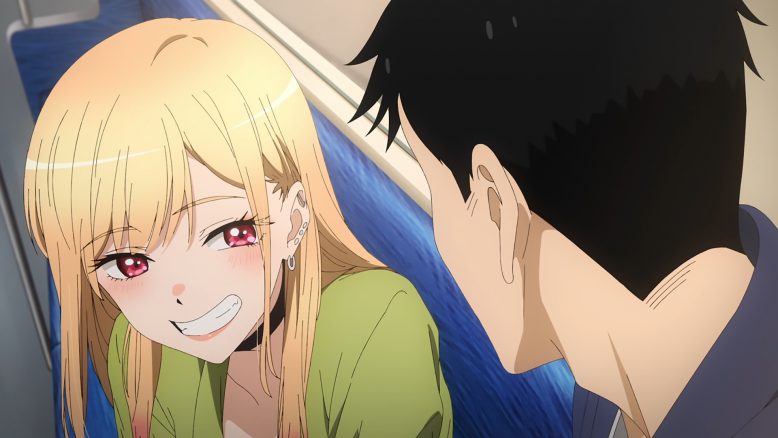 I can understand Gojo feeling a bit down at points in this episode. It is obvious (especially from the OP) that this isn’t a one and done thing. But we’ve already seen how Gojo takes things pretty literally and just makes presumptions. They have been enjoying themselves and got a lot done. Even if Marin really only wanted this one cosplay outfit…she’d still hang out with him. He’s someone who at least understands her hobby and can be involved in it. But it shows how important this has become to him. Marin has showed him a lot more than just skin in this show. Her pure love of her hobbies has meant something to him and losing this connection would leave him feeling pretty lonely. It is why he was so obviously happy when she talked about continuing. 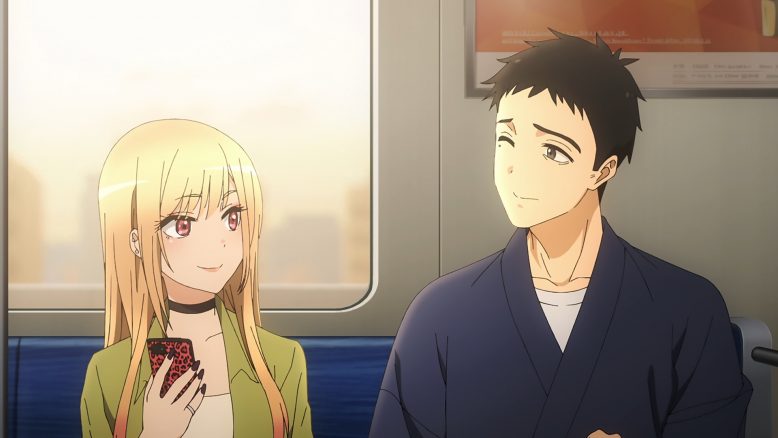 And it isn’t like this has only meant something to Gojo. This episode continued the obvious trend of Marin falling for him. And it is thanks to Gojo setting that moment up. His use of the word beautiful is limited and he won’t share it very often. But when he does…it means something. So, to hear him call her beautiful can’t be misinterpreted as an empty compliment. And her reaction tells the whole story. It’s a legitimate compliment from someone that has gone above and beyond for her. He’s a good guy, has worked really hard, and has also helped her achieve a dream. It would have been shocking if she didn’t react the way she did. 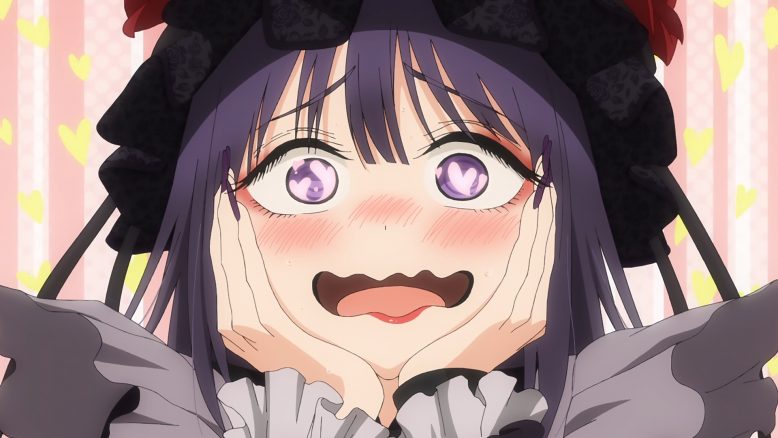 Marin has so many great expressions

Things are looking good here. No question that both characters are interested in each other. So, on that front it is really just a matter of time. Part of me thinks it shouldn’t take forever since Marin is pretty upfront about things. But romantic interests could be an exception to the rule. And even then, she’s still got to consider her own feelings. But that’s not all that matters in this show. It should be interesting to see what the next cosplay choice will be since the OP isn’t necessarily going to be 1:1 accurate there. And it would be nice of course to see Gojo become more confident. It isn’t simply about Marin. Just making friends in general would be a good thing. We’ll see where things go from here.