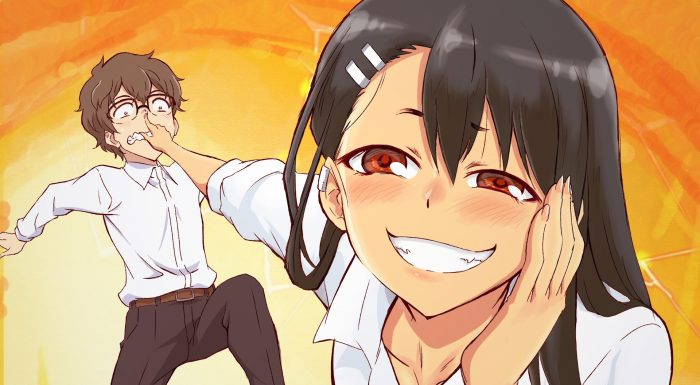 First impressions aren’t always everything. I find it easy to get swept up in making pretty quick decisions about new shows I’m watching. They either appeal to me pretty quickly or I’m going to move on. Nagatoro is the kind of show that I was close to giving up on after the first episode. It did not make the best first impression. Yet almost immediately it turned a corner and continued to improve as it went along. Amazingly it ended up as one of my favourite series of 2021. There are simply some shows that don’t give a full or accurate view after a single episode and this was one of them. Of course, I would argue adaptations shouldn’t be mindless. If a show is going to turn a corner fast after the first chapter/episode then it should just adjust the story to better match up with what is coming. 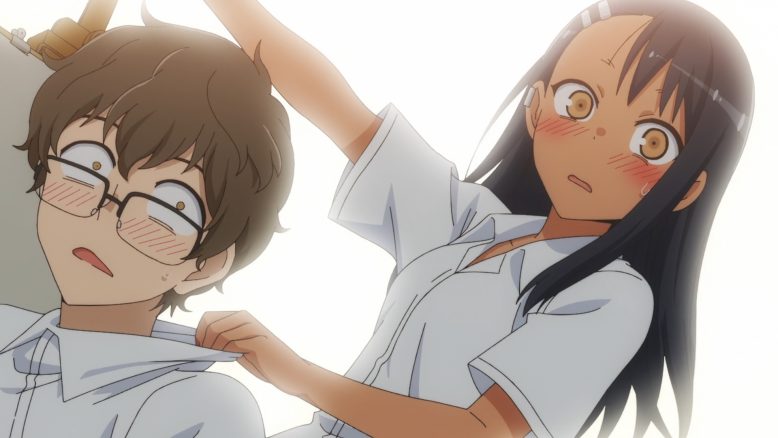 At the core of it, this is a romcom about a young guy and girl. It falls right into that genre of teasing girls that we’ve seen across series like Takagi-san or Uzaki-chan. Even has the same naming conventions in the title. But this one did manage to win me over faster than Takagi (which took over a season) and in general more than Uzaki has. I think the biggest win for me is a sense of balance in this story. Nagatoro is absolutely the aggressor here and is really setting the pace. But I feel as if her Senpai gets wins over her much more consistently than I’ve seen in other series. There is much more back and forth between the two of them. Even if said Senpai doesn’t realize it. 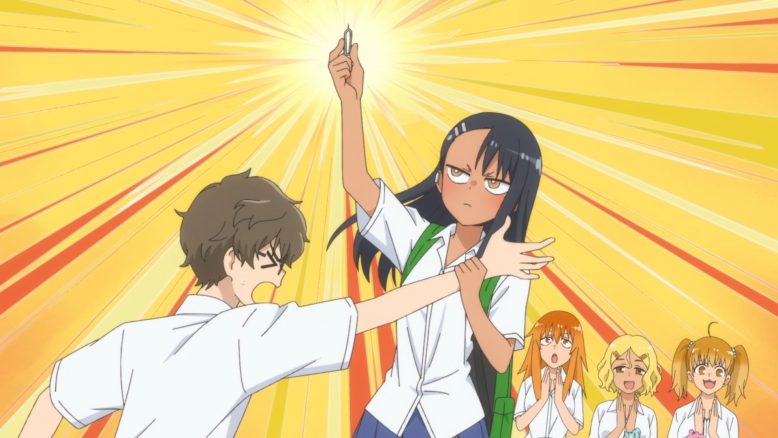 It also is much more of a straight forward romcom. Those around them have a pretty good idea of what is going on here. And Nagatoro often has to fend off teasing from her own friends. There is pretty solid progression happening throughout the show. And more trials for the two of them to face together besides simply their budding relationship. It is the relationship that does have to endure or else risk falling apart entirely.

Still a high school romance though. So, there are plenty of scenes in Senpai’s art club room, the two going to school festivals, summer festivals, etc. The story remains rather focused on the two of them for most of the show. If it does cut away it is for the sake of pushing some conflict they’ll have to face. 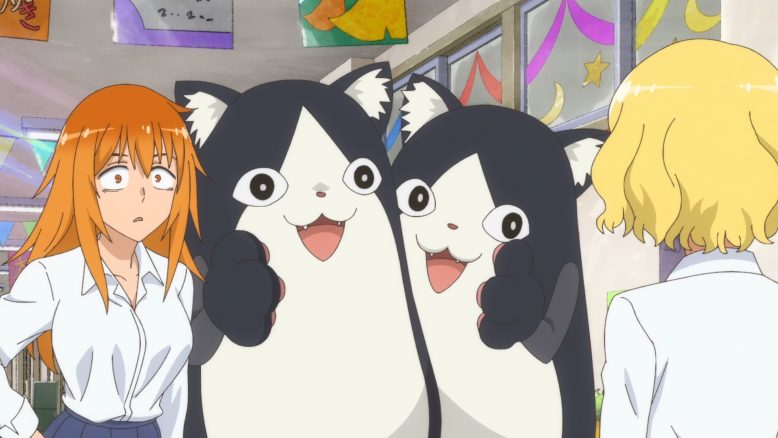 The story itself isn’t all that complicated. And the worst thing it has to overcome is a problematic first episode. There’s no getting around it. That first episode was rough. It set the tone of this being an uncomfortable story about bullying. I don’t like it when adaptations really change the source material. And it would be one thing if that kind of tone was the whole show. But…it really isn’t. Episode 2 opens up with fairly lighthearted fun and sets a much more accurate tone for the show as a whole. It leaves the need to actually warn people that the show isn’t going to be like episode 1. If they actually liked that episode, they shouldn’t expect to see it continue and if they didn’t…well they won’t see that again. Just a really awkward way to start a show. 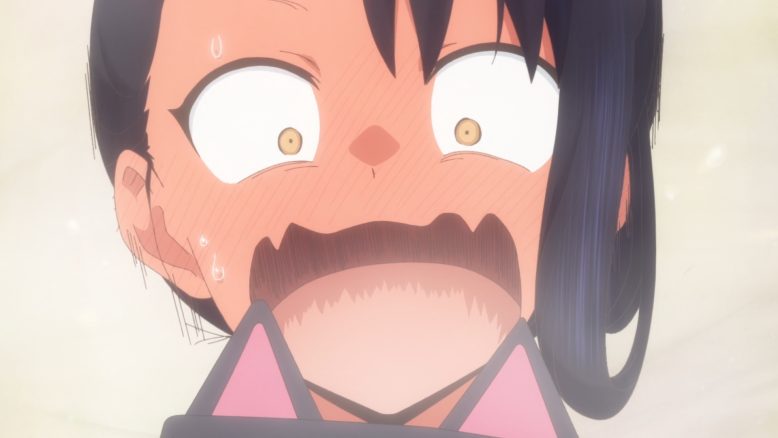 I’ve got to start with the character in the title here. Hayase Nagatoro is the driving force of the whole show. The impression I got in the first episode wasn’t great. But the Nagatoro for the rest of the show was a lot more fun to watch. I think what sets her apart from others in this ‘teasing genre’ is how often she self-destructs. It would be easy to get frustrated with her if not for that. But while she can dominate the conversation with her Senpai, it often leads to mistakes on her part. When he actually steps up it can really rattle her and she has to retreat. There are mistakes that leaves her a blushing mess. Even if her love interest doesn’t often take advantage, it doesn’t change her reactions.

And that’s what makes me care about this character. Her flaws allow her to avoid being annoying. It’s clear on her face that she likes this guy and that can lead to her mishandling things. And it isn’t simply about making her cute. There are still times she takes things too far and you can see her feeling bad about it and struggling to try and recover the situation. She can get jealous, stumble into situations she can’t handle, and yet she can be truly sweet. With all her flaws she makes this show truly enjoyable. 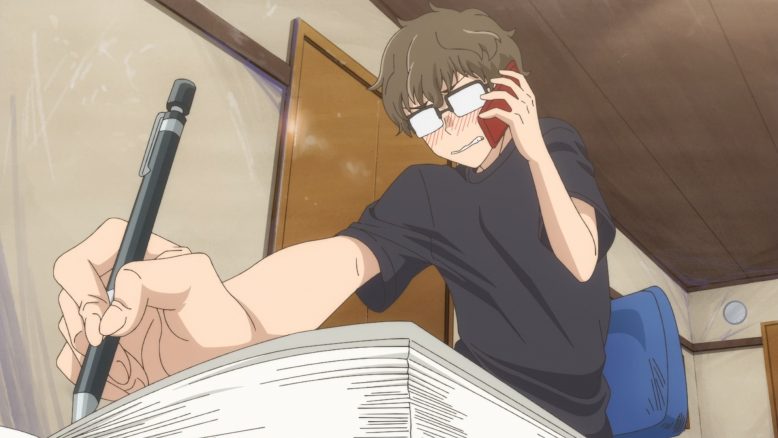 Naoto Hachiouji is of course her counterpart. Most of the time he is just called “Senpai” by Nagatoro and her friends. He is very much a nervous and mostly introverted person. Having this bundle of energy in his personal space is hard for him to handle. But I appreciate there is more to him than that. He is actually an artist and takes his club activities seriously. It’s more difficult to do with Nagatoro and her friends getting involved with things, but he still does practice. He does also draw manga and that ties into the first encounters with Nagatoro.

Nagatoro’s mistakes made her character more interesting and that somewhat goes for Senpai as well. He does take a lot, but he also tries to counter Nagatoro. He’ll play into some of her games so effectively that she’s left embarrassed and unable to handle it. And while he isn’t smooth about it, he does step up at the right times. His honest appraisals of Nagatoro are what helps advance things between them as the show goes along. He isn’t the absolute star of the show, but he holds his own. 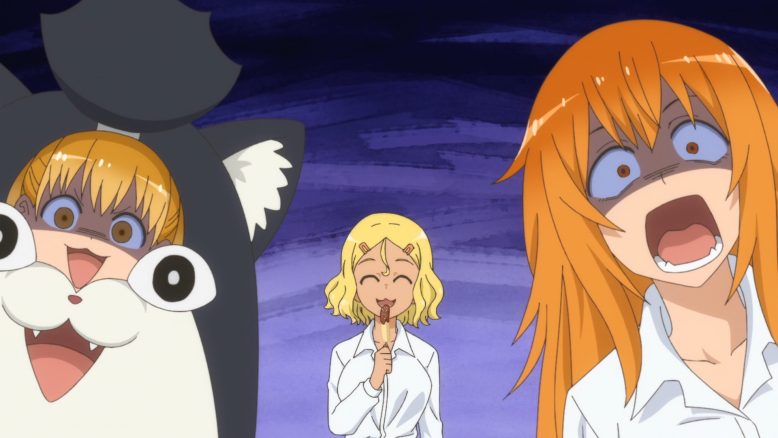 There are other figures in the show of prominence. But the focus is almost entirely on Nagatoro and Naoto. Nagatoro’s friends are solid supporting characters. Much of the time it is mostly Gamo and Yoshi that get involved in the story. Gamo honestly enjoys prodding Nagatoro about her budding relationship and will push things involving Naoto to mostly get a reaction out of her. Yoshi on the other hand does try to do the same thing, but she’s much more easily intimidated. She’ll actually get startled even by other side characters since she doesn’t have the same confidence as her friends. They have another friend named Sakura, but she is inconsistent in terms of her presence. Another character that isn’t so easily intimidated by Nagatoro, but also doesn’t push things as far as Gamo. 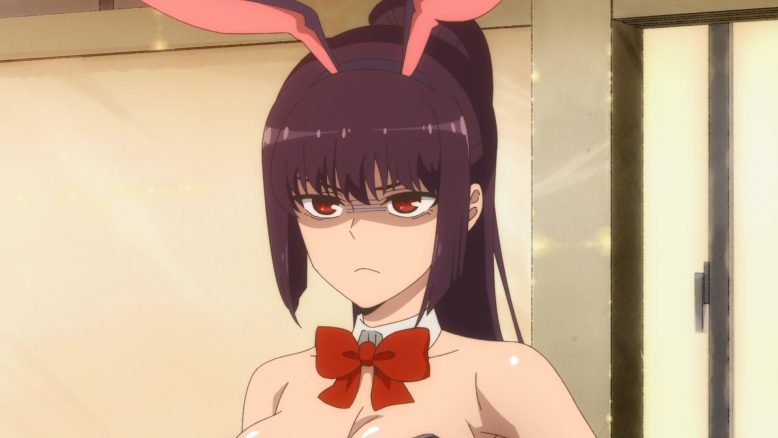 The only other noteworthy supporting character is Sana Sunomiya, Naoto’s own Senpai from his art club. She isn’t around the whole time, but her presence is important. In part because she absolutely has the confidence to handle someone like Nagatoro. And of course, an attractive older woman voiced by Nana Mizuki is going to be seen as a rival in some ways. Her role is a bit more plot relevant so I won’t talk abouot her in much detail. But there’s no question that Sana is a good source of drama in the show. 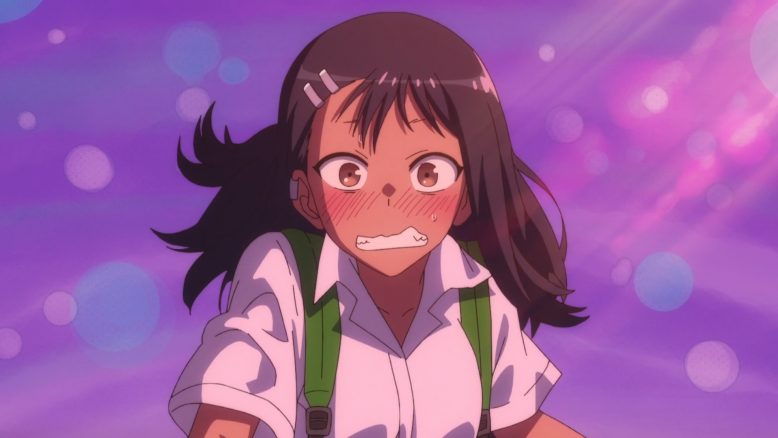 Nagatoro-san is pretty solid in the animation department. Most of the time it looks like your average slice of life show and that’s fine considering the setting. But they do know how to step things up when Nagatoro needs to look especially cute or a scene needs a bit more impact. There’s a timeliness about the visuals which I appreciated. I will say that Nagatoro sometimes gets a very ‘strange’ look which definitely made me think going into the show that she was less stable than she looked. But it is just a design choice and I can’t deny that it makes her more memorable. 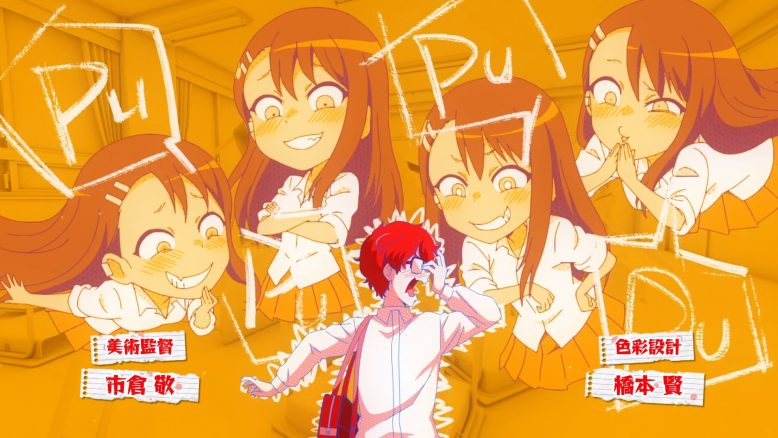 I will say the OP also has a very memorable style. Having an approach that sometimes makes it look like someone is doodling on the visuals At times it does look like they are pulling different moments from the show itself, but it does lead to a good-looking OP so I won’t criticize it there. Both the OP and ED for this show have pretty good songs. Unless I was particularly eager to get right into the episode or move on I wouldn’t find myself skipping either.

The voice acting also held up nicely throughout the show. Of course, having Naoto’s own Senpai have such a great voice actress was a boon. But the rest of the characters were well casted. Few of Nagatoro’s friends really stood out in terms of voices. But Nagatoro and Naoto were strong in that sense so I can’t complain. 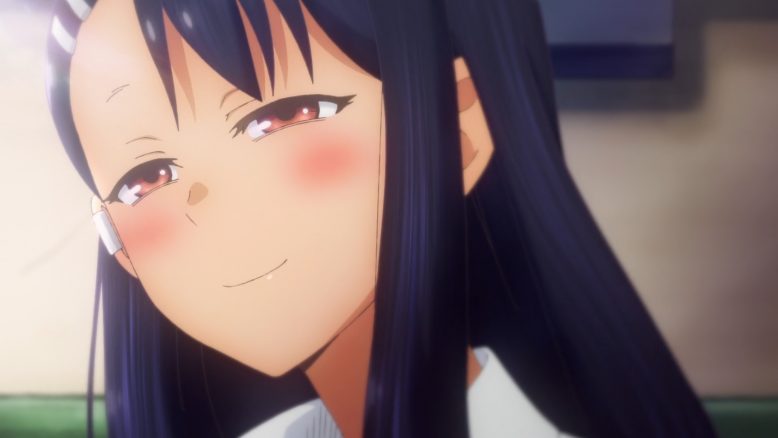 This was a show that got stronger as it went along. I would say that having a bad first impression is better than a bad last impression. But when it is the very first episode a show runs the risk of losing people immediately. That one episode did hurt Nagatoro-san as a whole. But it was worth watching for anyone that got past that episode and kept going. From episode 2 onward the show just kept building up. It kept going until finally I was fully rooting for Nagatoro and Naoto. Both of them were pretty likable leads and their stumbling romance was fun as well. How far things go isn’t something to be said in a review. But I am glad this show had a second season announced so there’s something to look forward to down the road.

As a whole I’d give this show a B. It is still held back by a problematic first episode. But the characters themselves are just worth sticking around for.