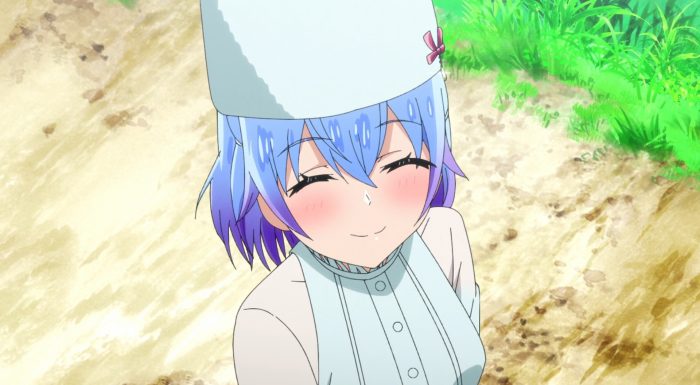 I’ll admit that my expectations for the conflict with Ruti did not align with reality. But the good thing is that this episode could spent plenty of time dealing with aftermath. There is a lot to unpack with Red and Rit’s relationship along with just Ruti’s life now that she’s really attained freedom. They even had time to give Ares a funeral. Even though I’d say the guy hardly deserved that much respect. His blessing was an impact on him to be sure. But so much of what Ares said and did was drenched in jealousy and pettiness. The man really dug his own grave and deserved what he got. Still, it was a good chance to see how Ruti and Red planned on living their lives going forward. 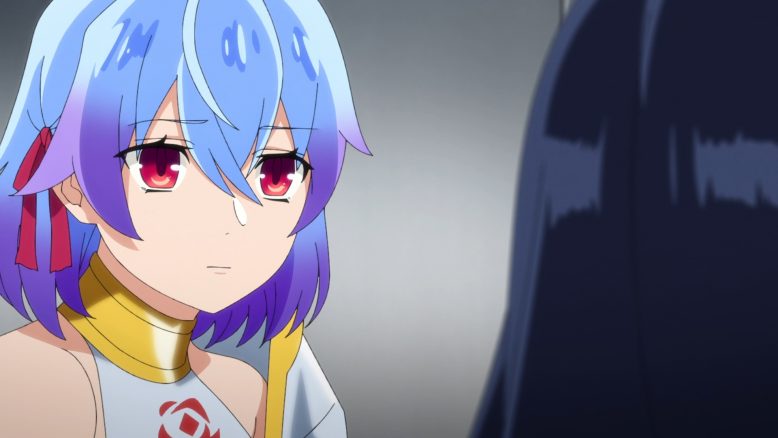 Still a hero at her core

Of course, Ruti is at the forefront of my thoughts on this. Something I didn’t consider was Ruti’s inherent heroic traits. If Ruti took the Red approach she’d just hang out on her farm and tend to her crops. But when a crisis happens at the end of this episode, Ruti is ready to take action here. She’s not being forced by her blessing anymore. I agree with Tisse that Ruti really is a hero deep down. It’s just a cruel irony that the hero’s blessing was preventing her from developing as a hero. So much so that her original feeling was to leave saving the world behind.

Part of me truly expected Ruti to just live quietly. But instead, she is balancing raising herbs for her brother with actually going out and helping people. Red only ever really adventured so he could gather funds to build his own shop and did his best to never stand out. But Ruti naturally gets involved when others are in need. I have no idea if Ruti would be willing to return to saving the world or not. That would involve stepping away from Red (who is really done with it). But at the very least Ruti showed in this episode that she’s able to take action. 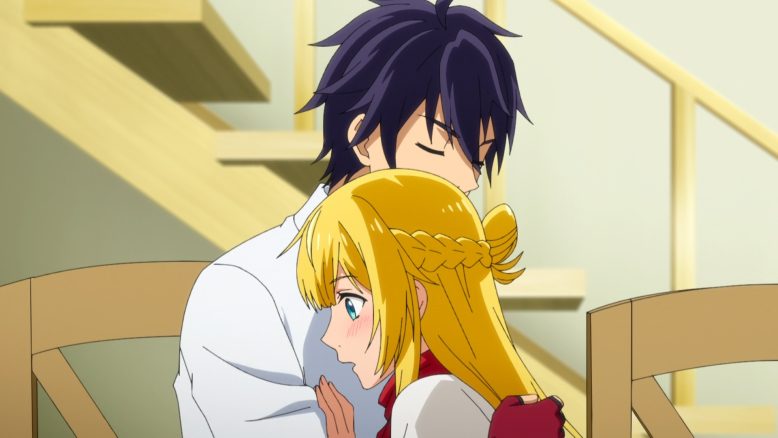 Everything is good here

A good amount of the episode was focused on settling everything back to normal. It was only natural as well to focus back on Red and Rit who are at the core of this series. Their relationship has steadily built up until things finally reached this point. These two having sex and looking towards the future. Rit’s uncertainties and fears being comforted. Honestly Rit is too worried about things without any real reason for it. Red for a while has been pretty consistent with showing zero desire to return to adventuring. Living a quiet life with Rit is his desire, even if he has a desire through his blessing to guide others. Rit is the one he wants to be with. Eventually marriage and kids are all in the cards and they both acknowledge that now. 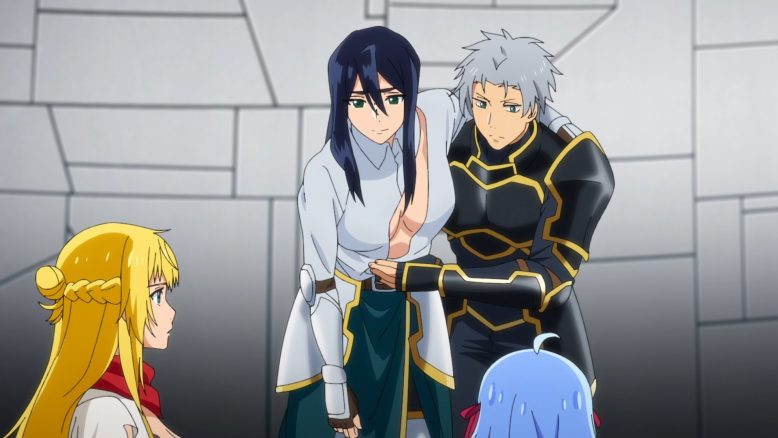 Adventuring without Ruti is punishment enough

While I’m not a fan of Theodora, she did at least do good work here. With things a bit shaky with Ruti, she was able to get Tisse patched up. That was truly important since she was the one who got the ball rolling in saving Ruti. Crazy how the assassin that joined the party late was the one who got so much done. But maybe that makes sense since Tisse never knew Gideon before all of this and so wasn’t so focused on him. With Theodora she at least had to start facing reality here. Forcing Ruti to fight against her will was a terrible thing and other paths had to be explored.

They didn’t have the luxury of even considering killing her. As things stand Theodora is about all the world actually has left. Danan should still participate in the fight so that’s nice. But he’s not exactly whole after losing a hand. At best they only have Theodora, Albert, and Danan. That’s…not a lot. We still don’t have a great view of how powerful the Demon Lord is or how truly aggressive their path of war is. And it’s unclear if they have any hope at all of stopping him without someone as powerful as Ruti. Part of me still thinks that Ruti, Tisse, Rit, and Red will have to face reality that they can’t just stay hidden away forever. 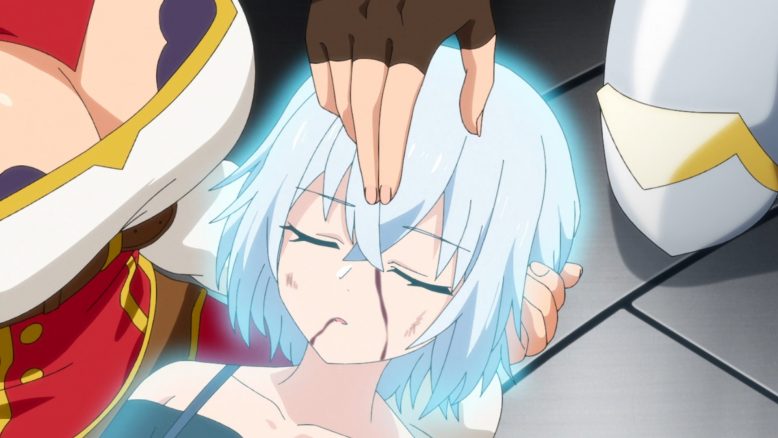 I’d say this was a pretty good last episode. It was comforting seeing Ruti finally be able to live as herself again. Ruti is truly growing in a positive direction even if she has given up being a hero. Red and Rit have confirmed their feelings for each other and may have another former ally visit them in the future. There are still questions on whether choosing peace and quiet over the world is the right choice. But at the very least the characters have faced their options and made their choices. It is just a question now of how things play out in their lives going forward. I’m glad this episode and series ended on a mostly positive note. A solid ending overall. 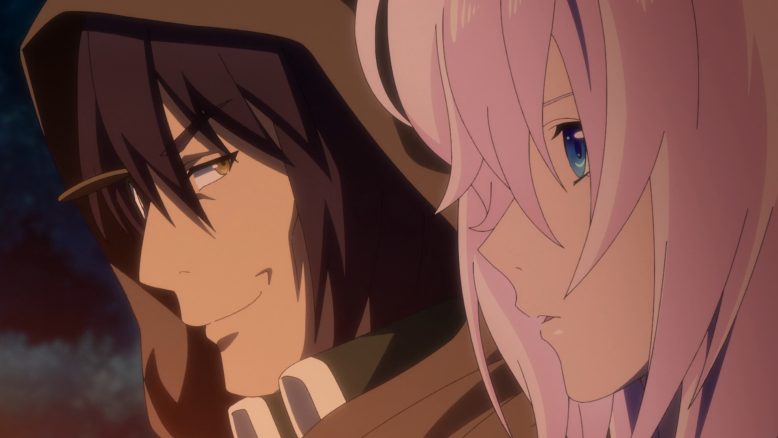 At least she knows Red is alive now

It might just be me, but I really like how interesting this cast is when you dig into them. The main characters are flawed in ways that really has given me a lot to chew on this season. Because when you think about it, Red is a pretty selfish person. He has the ability to act and could guide even someone as powerful as Ruti on the path to saving their world. But he’s completely done with all of that. The only thing that will make him pick up a sword and fight is a direct threat to his own quiet lifestyle. Even if there are threats in general he’ll basically ignore them and leave it to others. In a sense having Ruti move into the area is a huge benefit for him. There’s someone who can clean up situations like that without him having to get involved.

But he isn’t a bad guy either. Absolutely treasures Rit and is serious about building a life with her. Even if he didn’t manage to make a potion to help Ruti, he was trying to do that. He was also incredibly forgiving whether it was Theodora attacking them or Ruti breaking a guy out of prison…And there’s no question his quick thinking helped out numerous times in this show. He handled the berserker Ruti situation pretty darn well and is fully embracing his free will in choosing his lover over basically anything else. 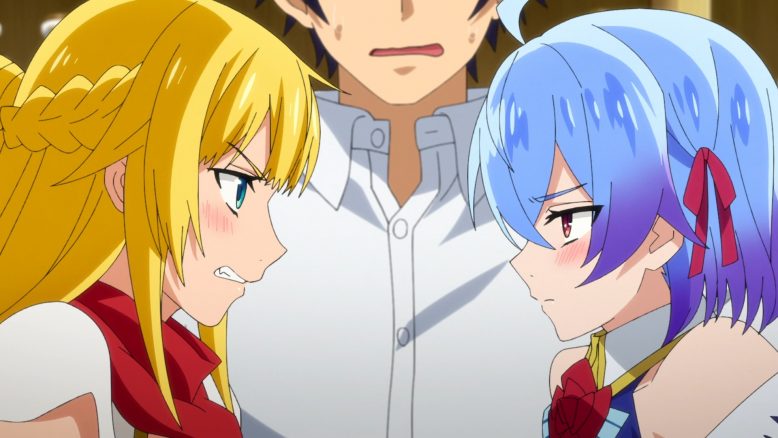 Ruti honestly stole the show for me though. Yeah, a cute character will get attention regardless. But her situation really grabbed me and kept my interest the whole way through. She was the poster child of the issues with blessings. This poor girl suffered most of her life and had her free will smothered by a power she couldn’t do anything against. What really got me with Ruti was that flashback with her as a kid. Even at that young age her blessing drove her out into a fight she couldn’t hope to win. She had to suffer constantly because she was durable enough to endure, but not win the fight. And that was her whole life. Just about everything that makes people what they are was being stripped away to make her a pure weapon. I’m happy she got a new lease on life. 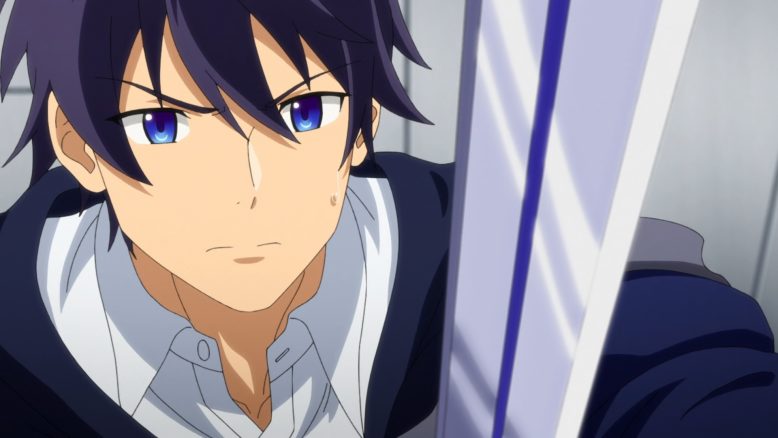 He did good work here

This show wasn’t about the action. They did find opportunities for action, but this show was more about the characters. The show really did shine when focusing on Red and Rit’s relationship or cutting away to how things were falling apart with Ruti’s party. They let these two stories stay apart for as long as possible before everything crashed together. And I’d say that was important. We needed to get a feel for how all these characters were living their lives. One thing I think the show really nailed was the balance between these two plots. The show was mostly about Red and Rit. And I’d say the screentime agreed with that. But they made sure to regularly give us something to work with for Ruti so there was always something to say. 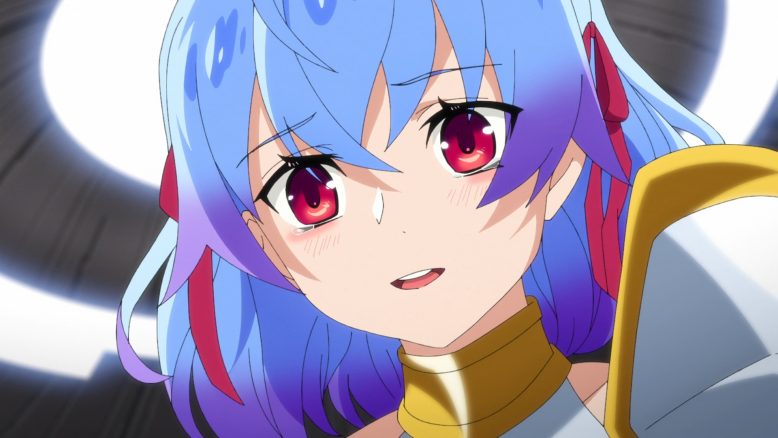 I really did enjoy this show even though you can argue the main characters are a bit too selfish. There are bigger issues the show failed to explore. Whether or not the Demon Lord can be stopped without Ruti is utterly unknown here. Plenty of things were hinted at concerning the original hero and the nature of blessings. But there is only so much that can be packed into 13 episodes so I’m ok with a few things being left out. I had a great time talking about this show. At times this season could be a mixed bag so I’m glad to have had this one to purely enjoy. Hope everyone has a great New Years.