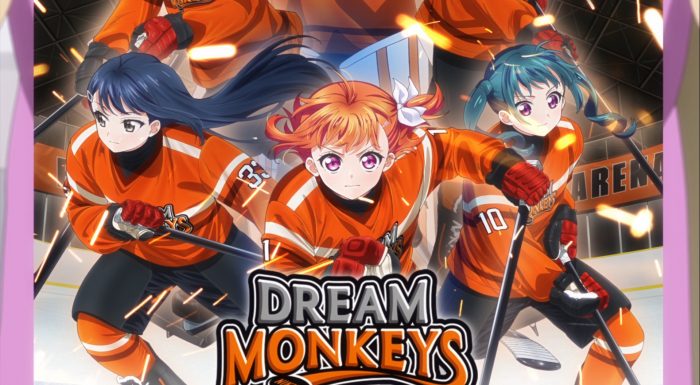 I knew we were close to the end from the episode count. But having the final match of the tournament already here still felt surprising. Maybe it is because we only saw them play a single game of it. And it doesn’t sound like we missed a bunch of games either. So it looks like this was a really small tournament of three rounds. In a sense I’m kind of surprised the Dream Monkeys have never challenged for top spot considering how few teams they’d actually have to beat. But I guess they’ve mostly been the fodder for other teams to feed on.

In a sense I’m also amazed that hockey isn’t dead in this region. Their highlight is at best a three game tournament where a single loss is elimination. The small crowd size makes perfect sense. Why get hyped over a sport with such little action and where the Dream Monkeys almost never play two games a year? 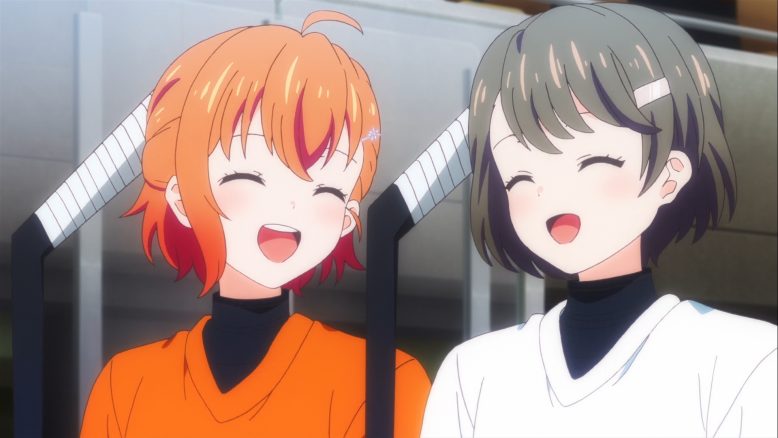 Really this was a perfectly solid episode. The show is mostly about the characters so focusing on the group having fun with Mami being back worked fine. In a sense Mami’s situation was so interesting I almost wish the show had followed her instead of staying with this group when she moved XD. She had a more believable situation of ending up on a team that is really good and where she can’t get into many games. They also apparently play more than 3 games a year so there’s more time for her to feel that way! She’s got good skills and being on a team like that has actually let her grow faster than her friends. But it is no surprise a rookie without much experience wouldn’t immediately play a central role on her team. Not like the Dream Monkeys where the more experienced players…apparently suck.

Good that talking helped her accept things a bit and not give up. It is hard to keep going when the work doesn’t feel like it is getting you anywhere. Still, Mami should be proud of herself. If it was Riko she would have quit hockey way earlier without Naomi with her XD. She can look forward to playing against her friends someday while still enjoying the game. 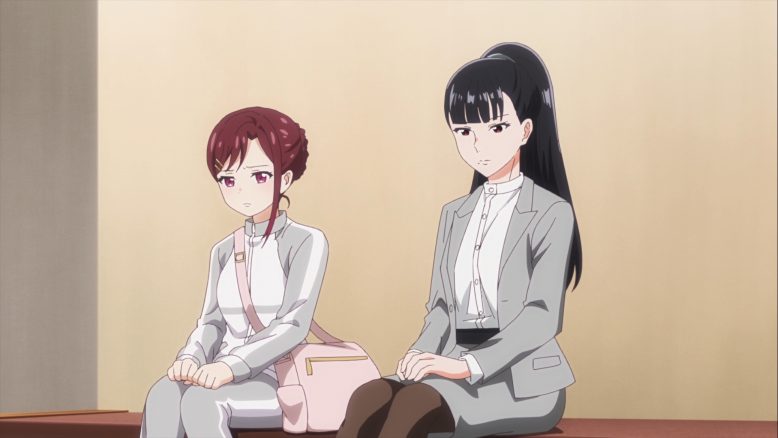 The Snow White situation remains kind of amusing. Definitely the captain is feeling Yu’s pain now. Caring about the process of how they play and getting no shortage of grief from her teamates for doing so. If this team was the focal point of the show it would make for an interesting debate. Whether or not it is ok to just enjoy winning and not trying as hard as possible. How serious should people be when playing a sport? Is it ok to just have fun and coast along or do you owe it to those on your team that do care to put in more effort? Unfortunately they aren’t the focal point so we can only get snap shots of their situation like this. The team is fine letting Maya dominate games and do all the work. They just want to enjoy the victory. 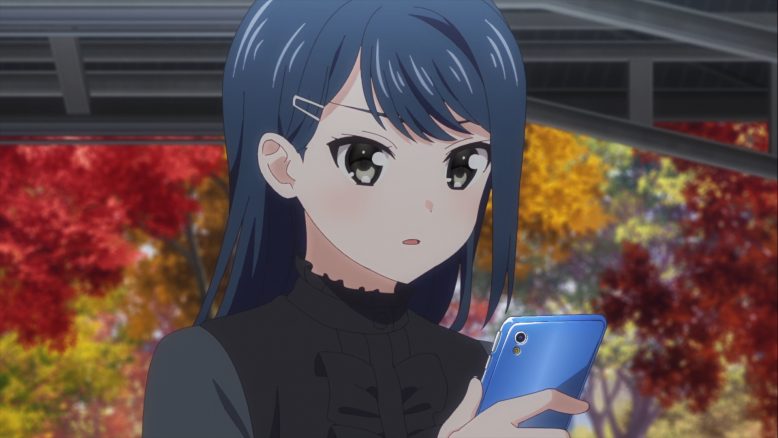 Time for an “I told you so”

This should at least connect to a meeting with Yu. I’m curious if Yu will be particularly sympathetic since the captain was part of the reason she quit hockey originally. Not getting any support for how she felt and feeling cornered by the players that just coasted by on her efforts. The funny thing is that this time the star player isn’t the one with a problem.

In that sense I wish we had some idea about Maya’s feelings. She is literally skating through teams and winning on her own. The kind of star that elevates those around her whether or not they are putting in any real effort. She is just that good. But does it bother her that almost no one else is trying? Is she just enjoying stomping on weak competition that is so far below her level? Is this kind of thing the reason she came there in the first place? Maya’s presence in the story as Yu’s replacement on that team is interesting. But we’re not likely to get more than a passing view on her as a person with the amount of time we’ve got left. 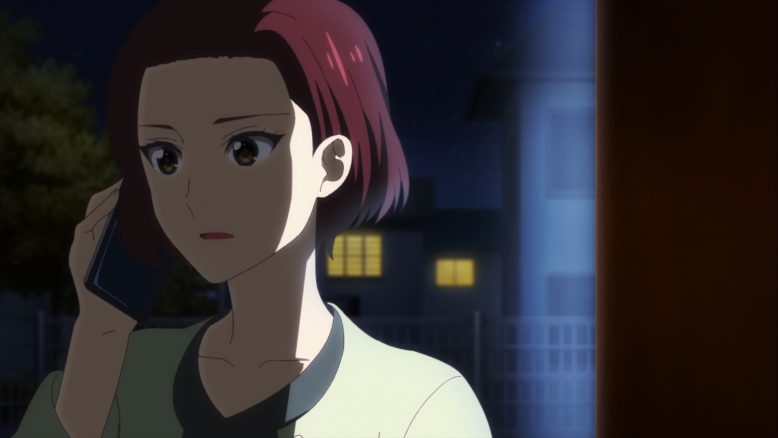 I’m definitely taking things too seriously here. But I’m surprised the coaching staff for the Dream Monkeys didn’t bother to scout their opponents. They barely were aware of who they might be playing in the finals. Maybe they really don’t have the travel money (although they have a good costume budget). They have to win no matter the opponent. But I’m still surprised no one bothered to take a look. This is the game that will determine whether they can leave the B tier and move on to more prominent games. This is a big deal for their team and they aren’t really focused on that. 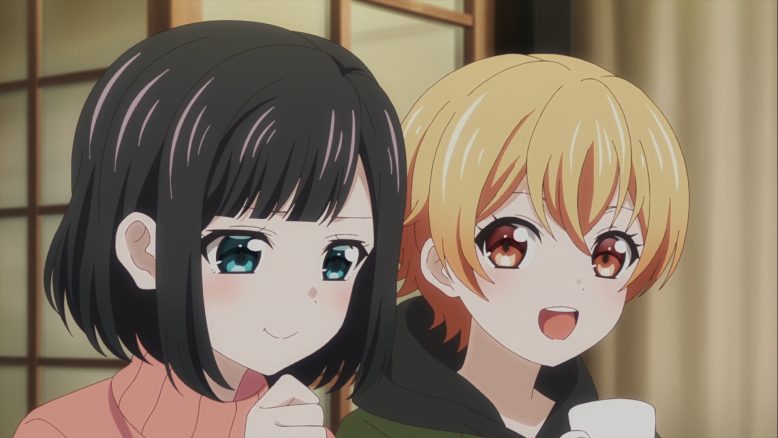 The episode went by pretty quickly. Even if Yoko has a somewhat deranged view on the world, her wishes are likely to be fulfilled. Not much time left. Should be able to have Yu meet up with her old “friend” and then move into the game itself. The show should finish off with either a victory dance or jumping back to the far future of them playing internationally…before dancing. I don’t think there’s much chance the Dream Monkeys lose. Although I think they probably should if Maya is as unbelievably good as she looks in brief stretches.