Banished from the Hero’s Party – 08 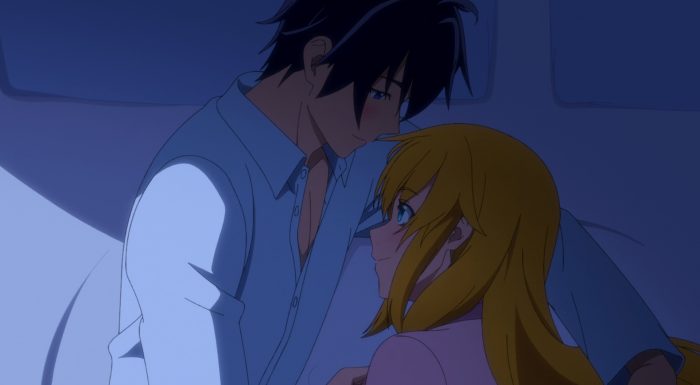 I found this episode rather interesting in a few ways. On one hand I loved how far they have been able to push Red and Rit as a couple. They’ve gone as far as I can see them getting away with here. The double bed is theirs, they are bathing together, and there’s no shortage of confessions of love. On the other hand, we’ve also got Red more or less abandoning Ruti. He’s taken the “not my problem” approach to this and I don’t think he even comprehends how painful her situation is. So, I’m left not sure if I love Red as a character or if I don’t like him as a character. This episode left me very polarized on his character. 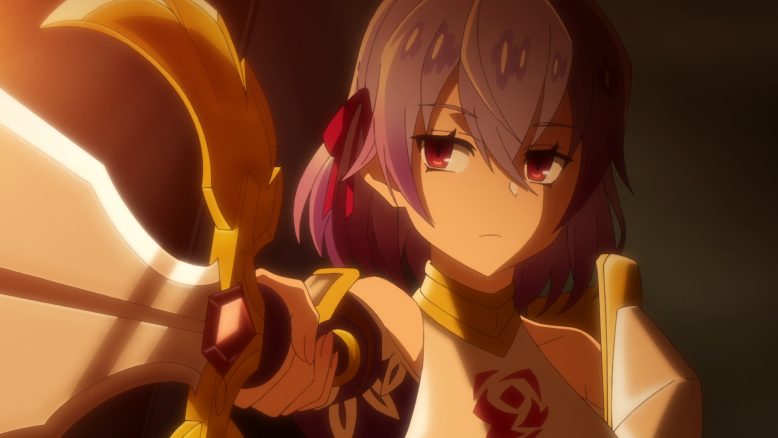 Let’s see where this goes

Might as well start at the end with Albert and the contract demon Belial showing up before Ruti. That seems like a crazy situation, except it makes sense. There are fair questions to ask here. Why is she speaking with them? How could Albert possibly earn his way into her party? Well, the answer is pretty simple. They can offer her something that not a single other person can or has tried to. They can offer an escape. A point was made that they don’t need to use demon hearts for that drug. Now we don’t have a full picture as to what has to be in it and the limitations. But at the very least they can potentially offer Ruti a choice to not be the hero.

This girl has been trapped in a living hell. She doesn’t need to eat, sleep, rest, limited visible emotions, and can’t really feel the environment around her to a satisfying degree. A living weapon that is constantly pushed forward to fight and slay the demon lord. I’ve gone over it a few times, but the potential liberation for Ruti would be insane. If they can offer a drug that frees her from that blessing without turning her into an addicted monster…that would be a dream come true. The only limitation being that she couldn’t return home as anything but a triumphant hero. But conveniently there’s a place for her to crash in Zoltan. And they’ve also got budget to add a room or two…I could totally see a deal being offered where Ruti gives up her position and allows Albert to be the hero he’s always wanted to be. 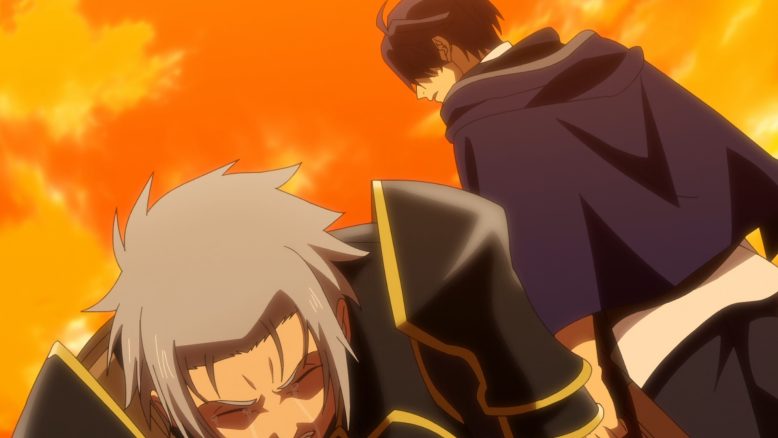 The contrast between these two is interesting

I totally get Red’s perspective. He’s got a lovely girl that he loves with him. At some point they are getting married here. There’s a comfort in living in obscurity while knowing he’s arguably the most powerful person in that town. It’s entirely human to want to embrace the love and comfort that Rit provides while leaving the fate of the world to others. People in general leave bigger issues to others. Not everyone donates to charity, protests injustice, or tries to run for political positions that could impact lives. So I do understand him enjoying his life since it’s pretty good. Heck he’s finally gotten the double bed with Rit that we knew was coming! Not easy to turn down that situation.

On the other hand, he is rather naïve. Red still doesn’t seem to comprehend how bad Ruti’s situation is. He heard offhand once that they accomplished something since he left and hasn’t given going back a second thought. Going from putting himself down regarding his limited abilities to just not caring about whether the party needs him or not. He only has one girl he’s in love with romantically that’s true. But I think he only has one little sister as well and he’s basically abandoned her. Others can support Ruti? Like who? Who can support that girl emotionally now that her family has left her? Ares!? The assassin is the closest thing to a confidant that Ruti has and I don’t think it’s helping her much. Red isn’t a bad guy, but he’s blissfully ignoring the smaller and bigger picture of staying hands off. 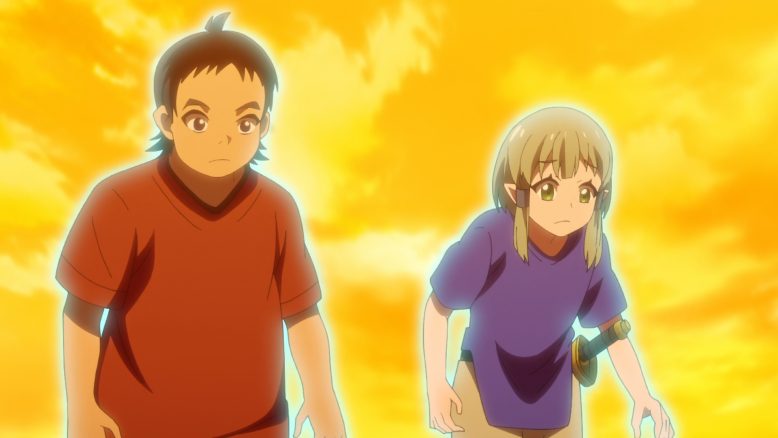 Now the situation in Zoltan was resolved pretty well. The source of the drug was discovered, Atemi was forgiven, and peace has returned to the land. Red continually showing his talents and potential as a hero while also doing his darndest to stay out of the spotlight. Good for the people of that town that are going to be able to stabilize a bit. Although I do think in some ways it is just a temporary solution. There are legitimate grievances that were fired up over this incident. And honestly the bigger issue of blessings feeling like curses hasn’t been resolved either. Those people were drawn to that drug for a reason. The downsides and costs were revealed to be too high. But I don’t think those people are suddenly going to be satisfied having their lives influenced by blessings. For the moment things are fine. 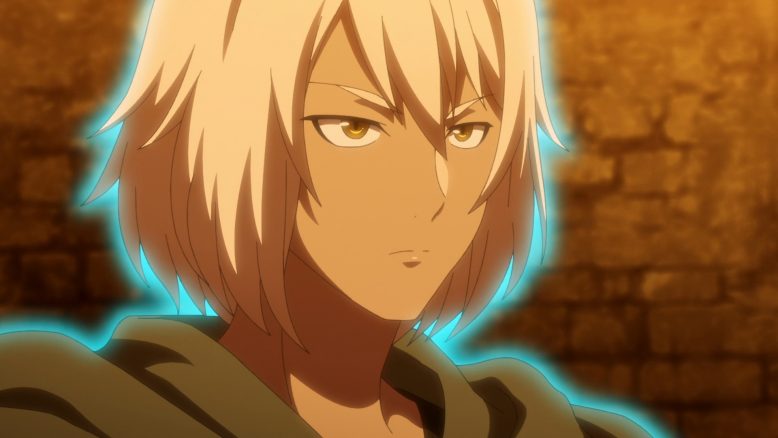 Well things are mostly fine. You know besides Shisandan still being alive! Easy to forget about this guy, but we are talking about the huge brute that Ruti “killed” during the Rit flashback episodes. The guy that took the body of her master and created havoc. If he’s there then I doubt he decided to help out for the heck of it. I’m sure he’s there to cause trouble for Red and Rit… who don’t stand a chance if he’s regained his full strength. Would love to see Red try to leave that guy to the town guard…

Regardless though, I think things are going to get pretty bad here. So many things that guy could be aiming for and none of them are good. Maybe he just wanted to stop people from having access to a drug that could power them up and make more threats beyond Ruti. But if he wanted to get revenge on Red or stop Ruti from being a threat those would be pretty bad things too. 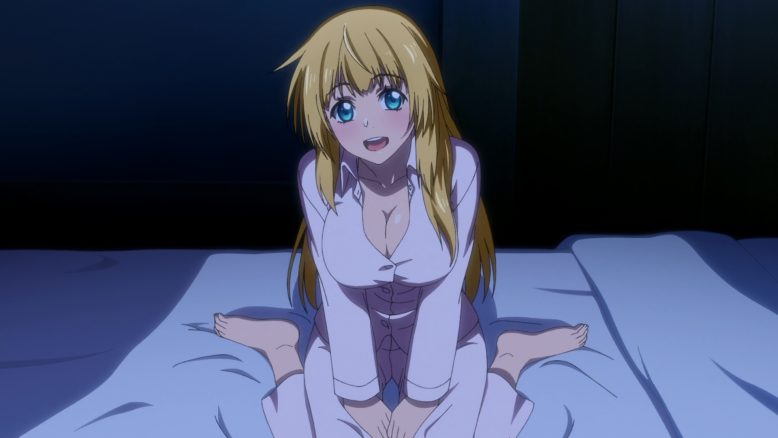 Every reason not to fight

This was a pretty strong episode. Even if I don’t love the way Red is approaching things, I can understand why he is doing it. Waking up beside Rit and living a peaceful life has to be really appealing. But I think we’re going to start to see some consequences for him seeking that out for himself and thinking the war is going to leave him alone.