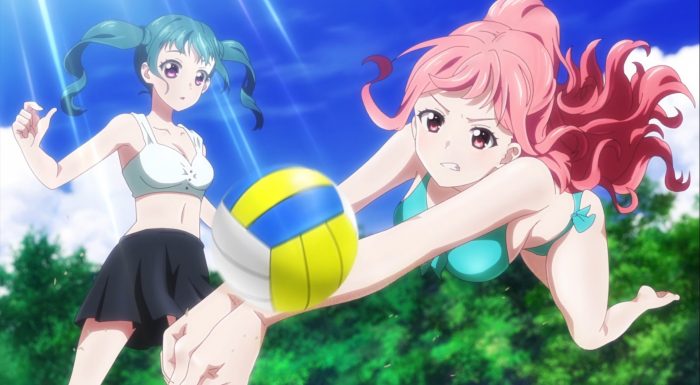 Nothing quite says hockey anime like a beach episode! I should have seen this coming considering how idol performances were thrown into the show to try and get attention to it. There’s no way they’d spend the entire time having these girls wearing bulky hockey gear that doesn’t remotely allow for fanservice. So instead, we can have them ‘training’ while in swimsuits for an episode to continue trying to get attention to this show in strange ways. I really do wonder if this is worth it long term to try and appeal to people that aren’t going to end up caring about the sport itself. Cute characters are all over the place in anime. If they can’t lean on what makes this show different then what can they lean on?

Of course, there is logic to it. No one does only one thing. There’s no problem really for the girls having fun during the summer. And working out in the summer is perfectly valid. It just is a bit too transparent what they are trying to do. Just some fanservice and a commercial for Okinawa. 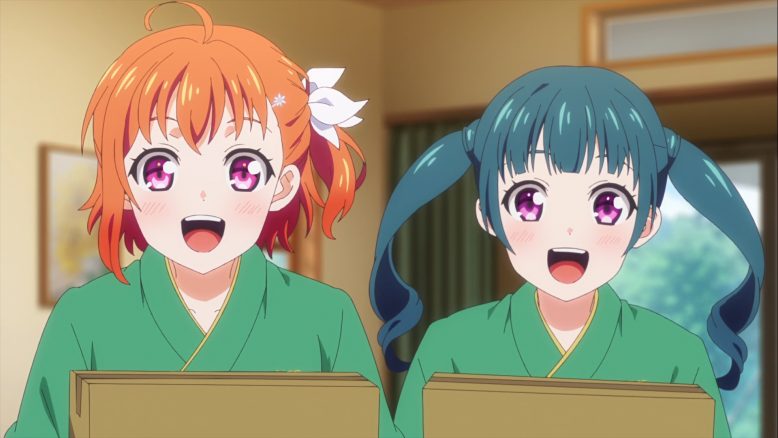 Time for summer fun I guess.

My biggest struggle is with the passage of time in this show. Last episode it felt like they were ramping up to a season starting. The team was getting together, training, and taking part in exhibition games. And now…it’s the off-season? What was the point of that exhibition game then? If they are going to be taking months off and training then they aren’t getting much benefit from those games. It just feels like time is manipulated in this show in whatever way is needed to tell the story they want to tell. They want a beach episode? Well now it’s summer time! It is possible I missed the cues that they were heading towards Summer, but I can’t give this show the benefit of the doubt.

Combined with a hotel that strangely needs several helpers…but only in the morning. Are the regular employees too lazy to get up in the morning? Even the characters pointed out how ridiculously beneficial these terms are. The hotel is probably losing money giving these girls food and rooms at that time of year for the amount of work they are doing. And that’s presuming they aren’t being paid. 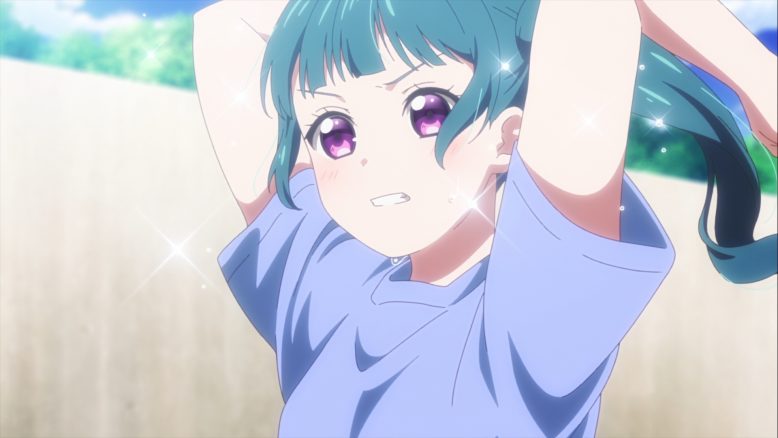 The episode was fine. This group does need to spend time together to develop a bit. And even if Kaoru’s development was abrupt, it at least did give her some backstory. Admittedly I never played goal so I can’t say for sure how vocal the goalie needs to be, but I don’t remember the goalie on any team I played on being a cheerleader. Pretty sure they need to remain focused on the play so when it comes back towards them that they are ready to go. But let’s just go with it for the sake of giving this show credit.

I only wish they paced things out a bit better. Kaoru went from being unable to say anything during the game…to being very loud and talking constantly. Even if she was given encouragement, that’s a pretty dramatic shift to have happen instantly. Not that it’s impossible for people to just flip a switch. But I think it would have been fine to give her a few plays where she was starting to build up. Then she can continue getting encouragement until she’s fully active. But this show doesn’t take its time with that sort of thing so we just got some background and Kaoru is now a chatty pillar. 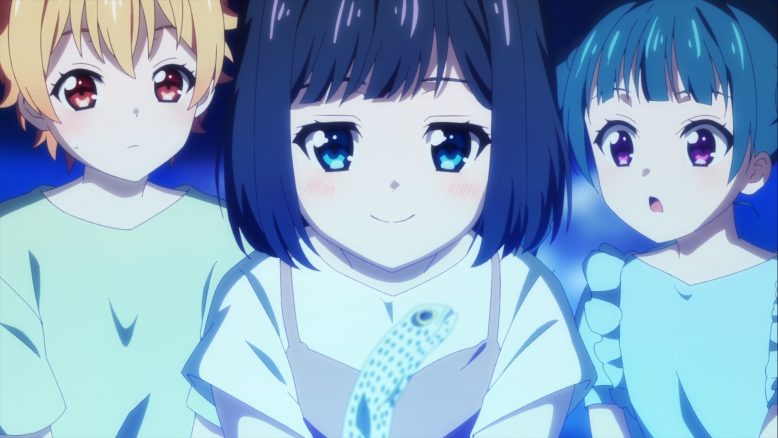 This girl keeps me in this

Hopefully they get back on the ice next episode. There really isn’t that much show left and they haven’t actually played a real game yet. Just one trial game and one exhibition game. If they want to end this with the Dream Monkeys winning their division then they have to get to it. Of course, if they brute force it with time skips and glossing over most of their games, they can still make it. But I’d hope they would put a bit of focus on the sport. It should be possible to do that and give some character exposition for everyone. At least Nao remains cute with her obsession over things like eels and Yu’s competitiveness shines through regardless of the sport. If they can just keep leaning on what shines about this group then the rest of the show should be fine.