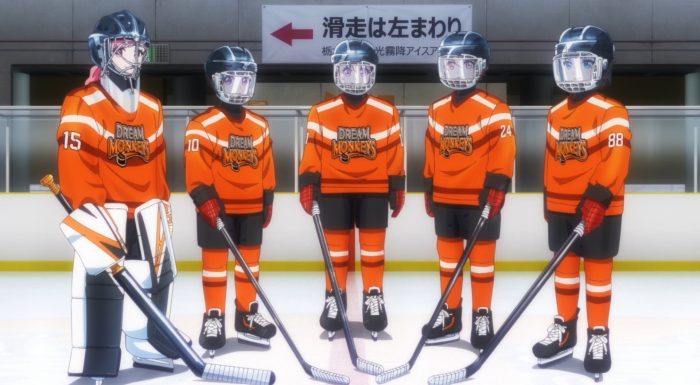 In some ways I’m afraid of how much this show both does and doesn’t get me. What did I want from the opening of this episode? I wanted someone to call for the police…and at the very least Yu actually did try to get someone to call for them XD. I’ll at least take that. Of course, the downside was that her grandmother invited the stalker inside! If someone admits to stalking your grandchild…please don’t invite them inside for tea! Of course, the reasoning is pretty obvious. The Grandmother is clearly onboard with the plot to get Yu playing hockey for the Dream Monkeys. 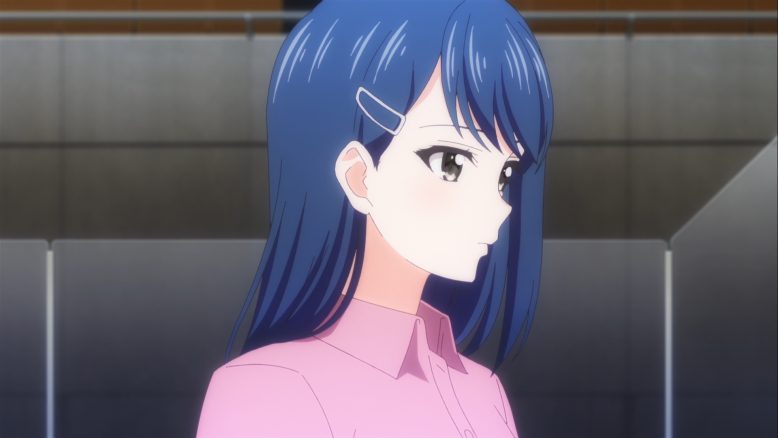 She looks “thrilled” to join the team

And I literally call it a plot because it all feels so creepy. It doesn’t feel like anyone actually cares what Yu wants to do. Yoko just wants her as a strong player that can carry their team to relevance. Manaka is an airhead that doesn’t much care beyond her own enjoyment. Yu is just swept along by the whims of others and her own frustrations. At this point she’s just trying to figure out what she wants to do with herself and finding that sense of normalcy that she never had. But that basically died in no time flat thanks to everyone from her grandmother to Manaka just pushing her in this direction. No one seems to process that “not hating hockey” doesn’t mean she wants to play it anymore. 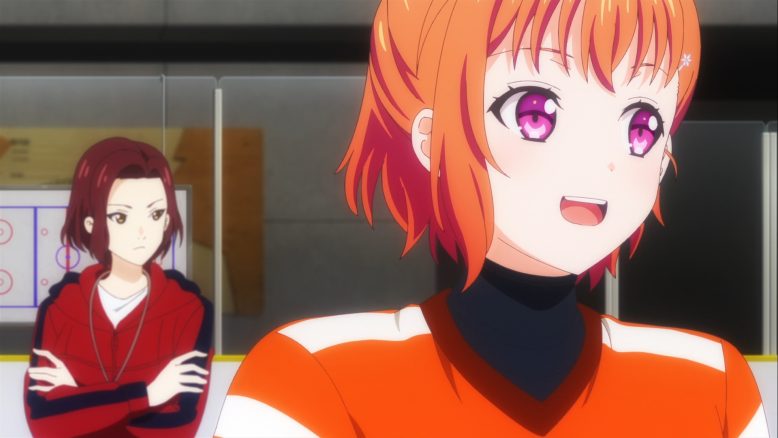 Now it doesn’t mean she’ll be miserable the whole time. No doubt the route they are going will be her finding her love of the game or something. But that doesn’t mean I love the way they’ve handled recruiting her. The whole process has been way too forced. You have Yoko absolutely stalking and harassing this girl. Then you have her grandmother twisting her arm to return a freaking pen. A pen!? She probably has dozens of those in her office. Just throw it in the garbage. Plus, this person is a stalker. Probably isn’t necessary to return her stuff. Then there’s the silly performance to get her to the rink.

And then you have Manaka also twisting her arm to join. Her friends at least started out with some sensible cautions towards it. But Manaka “knows” this girl doesn’t hate hockey so it’s fine to force her to join the team even though they know nothing about why she quit. Honestly it would have been funny if Yu had agreed to join…and then immediately quit the team. She agreed to join if she lost a bet that she gained nothing from winning, but there was no time limit put on actually joining the team. 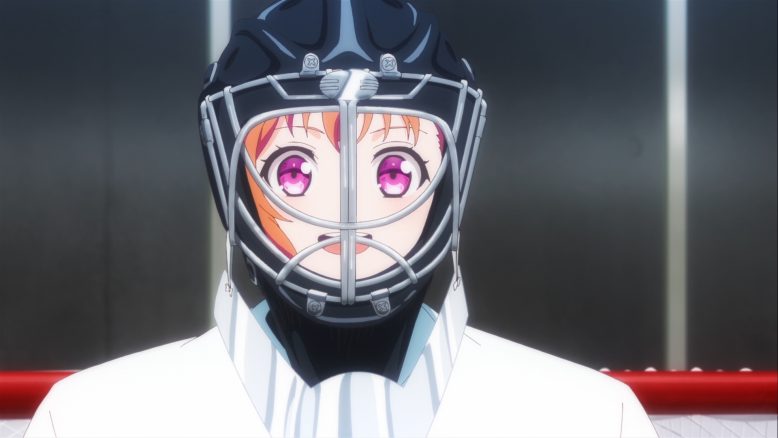 She’s got energy to her…

I know being negative isn’t great. But I can’t find anything about Manaka I actually like. She’s an absolute airhead that doesn’t really think about how others feel and just does whatever she wants at any given moment. She did a poor job leading her school club and I’m not sure that’s changed much. They’ll totally make this girl the captain of the Dream Monkeys purely because she’s got a positive attitude. This isn’t exactly breaking the status quo of sports series. She fits specific cliches just fine. But there is just something about her that rubs me the wrong way. 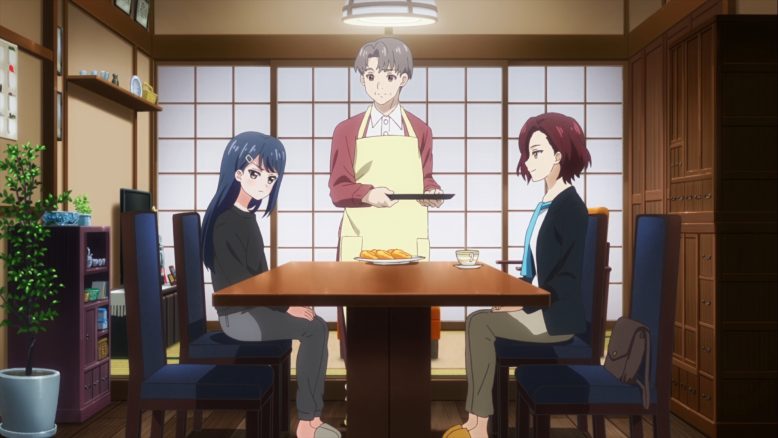 When grandma invites your stalker over for tea

Honestly the episode was a bit awkward. But Yu is definitely turning into one of my favorite characters in the cast. If they can just handle her really embracing being on the team in a way that isn’t too uncomfortable that will be nice. Certainly, the cast needs a legitimate star on the team or they will just keep getting stomped every step of the way. So, in that sense I get where the story is coming from. In a more ambitious story, I think they would have had a nice moment of reflection on whether a person should be pressured to do something just because they are good at it. But I doubt this show will get that deep. Hopefully the next episode is solid.