Banished from the Hero’s Party – 03 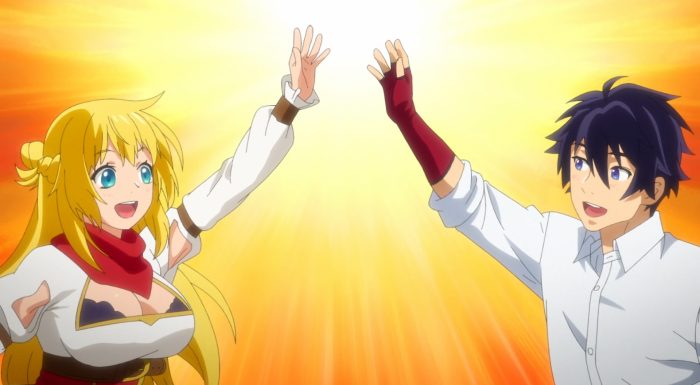 I’m really enjoying the dynamic between Rit and Red. A lot of it is thanks to Rit being so absolutely on top of flirting. But there is a lot more going on there than just that. In some ways it is just refreshing since Rit clearly appears liberated from her previous position and responsibilities. She can just be open about her interest in and affection for Red in a way she couldn’t before. And while Red is slower in getting to that point there’s no question he understands what a likable and beautiful girl she is. By the end of the episode, he was feeling much more comfortable and natural around her. It makes you appreciate the potential of their lives together even if the potential for change is right around the corner. 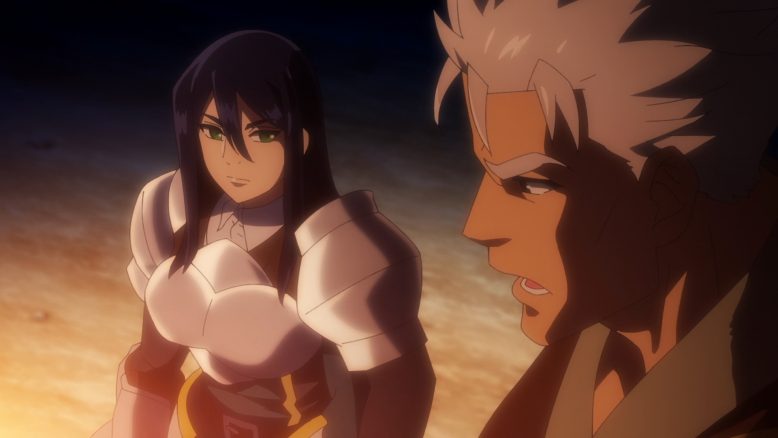 This group is struggling

The scene with Ruti’s party is one that I’ve got to talk about first. Finally we’ve gotten a better idea of where the party is mentally after the disappearance of Gideon and what they know about it. It was pretty likely the whole time that it was mostly the push by Ares. But I appreciate that no one in the group actually wanted him gone. Danan honestly respected Gideon’s leadership and abilities. Same goes for Theodora. Both were undoubtedly much stronger than him by the time he left the party. But neither was pushing him out the door either. They both understood that his common skills did have value in a specialized team. And the team struggling to keep it together after he left proves that. Even if it’s a risky move, if Danan didn’t leave to find Gideon he’d have outright quit anyways.

It really says a lot that the party straight up discusses the possibility that Ares murdered Gideon. They have so little trust and respect for Ares that they had to talk about that point. One member of the party already left because she was convinced that Ares killed him. It’s funny that Ares brought in someone to replace Gideon (who can’t actually replace his real role in the party). But he did so after already creating another opening by pushing Yarandrala into snapping. That scene was cathartic. 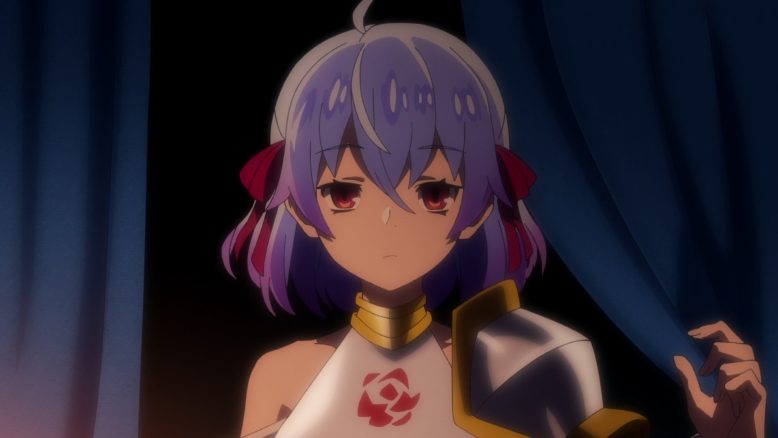 Would love more of her thoughts

I’m really curious about Ruti. Maybe it is bias, but I do want to believe she’s a really good person at heart. Just someone that struggles to express her emotions and due to her situation/blessing is hardening up her expressions and giving off this cold attitude. Even Danan was honestly afraid of her and hesitant to talk about the need to find Gideon. Ruti of course would want her brother found. You can see from the OP the smiles she had when he was around and the trust she had in him. She’d be much happier to have him around or at least to see him again. I do think she needs to find a way to open up with her party since that kind of distance is only going to break them apart eventually. But at least she did give the ok to let Danan go. 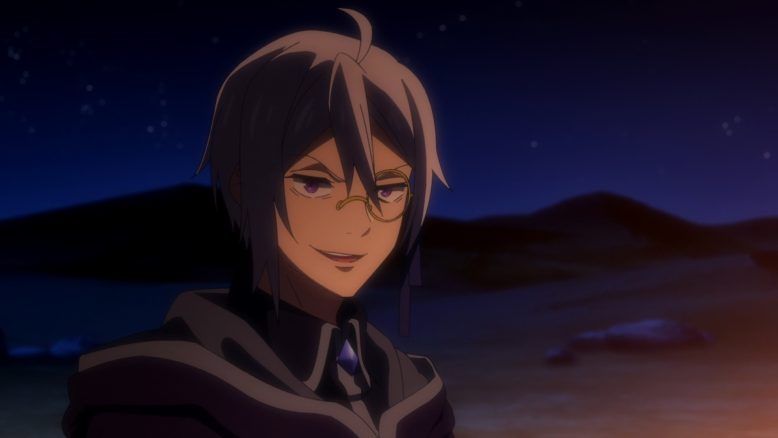 Honestly, I’m not sure if Ares is a traitor or just an idiot. It really could go either way. Although I am leaning towards him just being an idiot. Someone so arrogant due to his power and blessing that he couldn’t stand that Gideon was more valued in the party than him. He’s done everything he could to try and take over that position. Ares has been doing the negotiations, managing supplies, bringing in new members to the group, etc. And he’s failed at basically everything! Not that I think the assassin isn’t good because we haven’t seen what she can do. But he clearly failed negotiations to get intel on the old weapon they are seeking. And his handling of supplies has forced them to constantly go back and forth instead of making progress. The team is falling apart and a lot of that is on him. 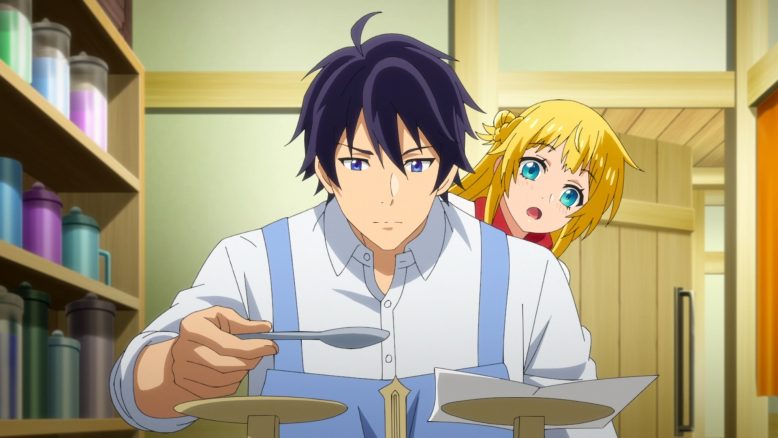 This guy is in demand

Of course, there was a story about Red and Rit here. But I’m really curious where the story is going. The very title screams that Red isn’t going back. This isn’t “I was banished from the hero’s party, started a slow life, but was then recruited again by the party that realized how valuable I am.” Although that is quite the title XD. Red seems accepting of leaving the party and finding happiness in this small region and eventually finding it with Rit.

At the same time…the party needs him. It’s falling apart. Even if he isn’t as valuable in a fight, he is valuable as a leader. He’s good at a lot of little things even if Red isn’t great at any singular thing. How does this play out? Does he encourage Danan to fill that role? Is he going to talk to Ruti about growing past a dependency on him and becoming a true leader herself? I hope he’s at least going to see his sister again and talk with her. Leaving without saying anything was the wrong choice. Even if Ares had some points to make, it was stupid to just walk off without talking to the group. Red let his own insecurities and doubts lead him and that actually may have put the world in jeopardy. That region won’t be safe if Ruti can’t win the war. 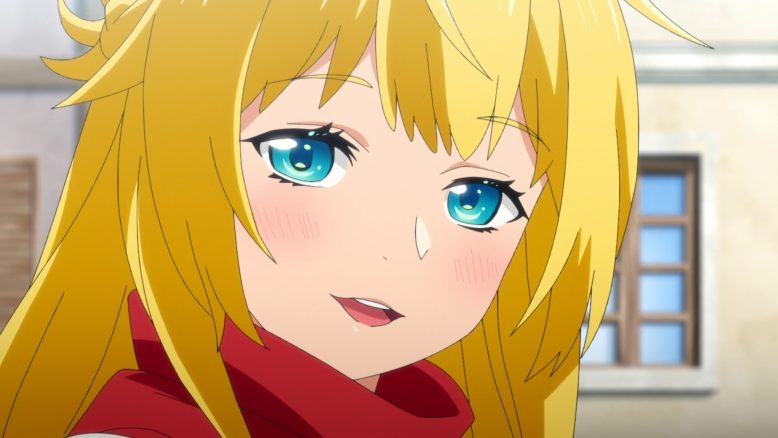 The episode that focused on these two was really good. I just have less to say about it XD. The whole cuteness of their shopping trip and everything else was gold. I totally understand that shopkeeper not wanting to see Red. Anyone who spends 30 minutes haggling over a cheap bed is the last customer you ever want to see again. Can’t really turn them down since money is still money. But I could hear that guy thinking “oh great, here comes 30 minutes of my life I’ll never get back.” Of course he’s going to be happier to see a customer that is willing to pay without haggling and buys good stuff XD. That she’s upbeat and cute is just a double win.

Maybe the best part of that scene though was both the shopkeeper and Rit calling out Red for telling her to get a single bed. Why waste the money? Eventually these two will advance to that point. Might as well have the bed already. It was just another win when she helped so much during the negotiations. Of course, things would be tense with a poor job done that lead to a seriously bad drug going on the market. That guy clearly let himself get bribed or something. Thankfully Red’s good drug got out there and Rit’s advice helped lead to the medicinal cookie. 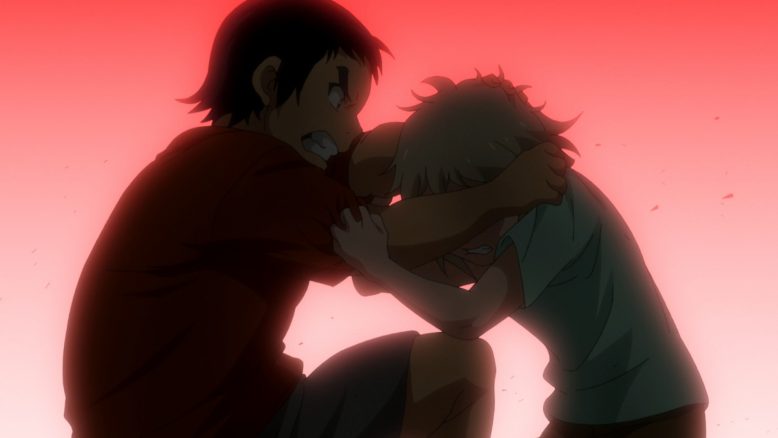 Some blessings are problematic

The talk about blessings was also really interesting. We finally got a good look at this world and how it works. Blessings are cool if you just look at the good stuff. But this episode shows how they aren’t always a great thing. That Ademi kid was probably a pretty decent guy before his blessing was uncovered. A blessing that leads itself to violence and adapting to a situation with whatever is at hand…could lead a person to becoming rather violent. Of course, willpower matters and Red did comfort Al with that message. Yet, I really wonder how much he truly believes that. He had to think even Rit’s life choices were influenced by her blessing and the nature of it. And Red himself gave up on being part of Ruti’s party because his blessing wasn’t one geared towards the end game of their journey. 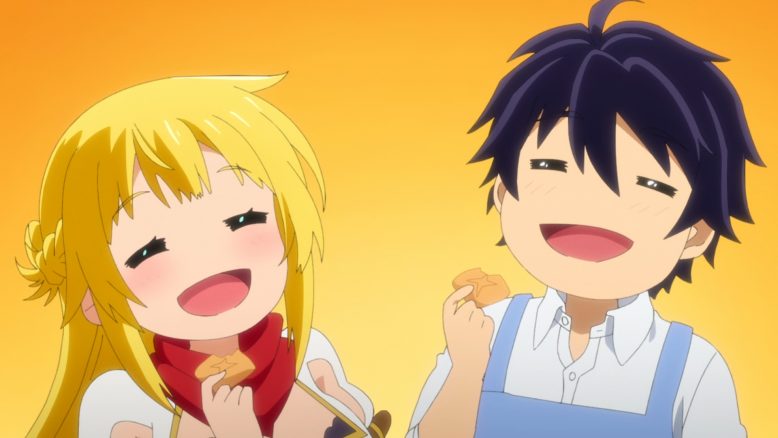 This was a really good episode with a lot to unpack. The talk about blessings, Rit and Red’s growing connection, and the hero’s party made for a great deal of content. I really do wonder how this will play out and how Red can stay on the slow life while honestly being needed in that party. Very much going down the road of “the normal guy is essential to keep a team of exceptional people together.” But for the time being we’ll just have to wait and see. It will probably take a bit before Red is discovered and I can’t wait to see how that conversation will go.