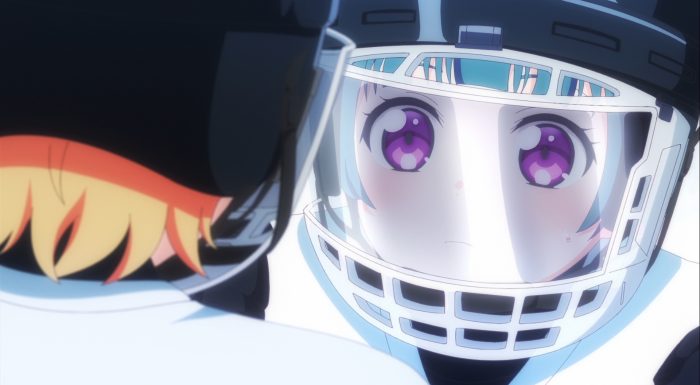 If only the first episode was more like this one. It wasn’t a perfect episode, but it did a much better job focusing on the actual sport that this sports anime is trying to cover. Just some nice easing people into what hockey is and how it is played. Even now we still haven’t gotten to the details of the sport, but it makes sense to just introduce people to the skating, stick work, and puck management. Even the characters are hardly that familiar with hockey overall so it wouldn’t be a good thing to overwhelm them with details before they have mastered the basics. Of course, if they’d spent less time on idol stuff, they might have had the time to get further in the first episode XD. 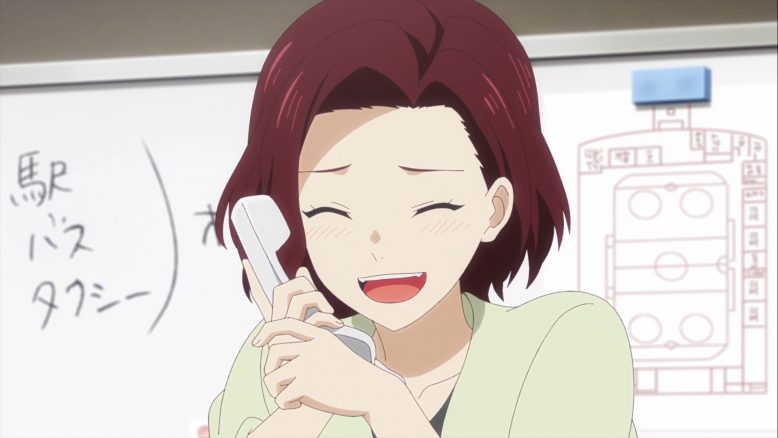 I’ll just start with the worst part. Yoko is absolutely terrible and is hurting the show. The poor guy working with her has my full sympathy. Her passion is clear. Although it isn’t entirely clear what her passion is actually for considering her split focus in teaching hockey and trying to make her players into idols. I know that she’s supposed to have this great passion for hockey, but after the first episode I just can’t see it. She just seems way too hyped up about things and it isn’t really that fun to watch her do it. Getting all dressed up for the tv guys visiting could have been funny, but it was just kind of awkward. For a few moments she was doing ok. At best you can say that her passion is actually backfiring on her. 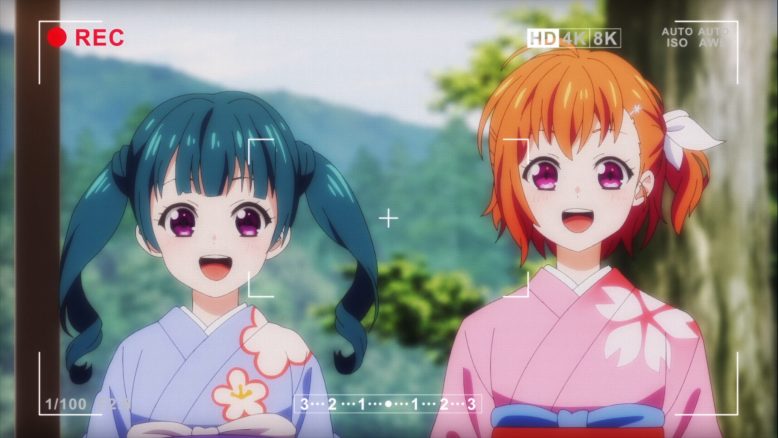 The cast is alright if not a bit generic. The main girl definitely fills that spot. She’s the excitable main character that is always doing things, never thinking, but has the potential. Honestly, I feel for Ayaka who honestly should be the president of their embroidery club. I can’t think of a single good reason to have Manaka running that club. She doesn’t really seem to have any passion for it and just wanted an excuse to have her friends hanging out together doing anything. On top of that she isn’t particularly good at embroidery and without the club members being able to manage themselves better than she can manage herself…nothing would get done. I know this isn’t an anime about the embroidery club, but I feel bad for the sister having to run it despite not being the president of it. 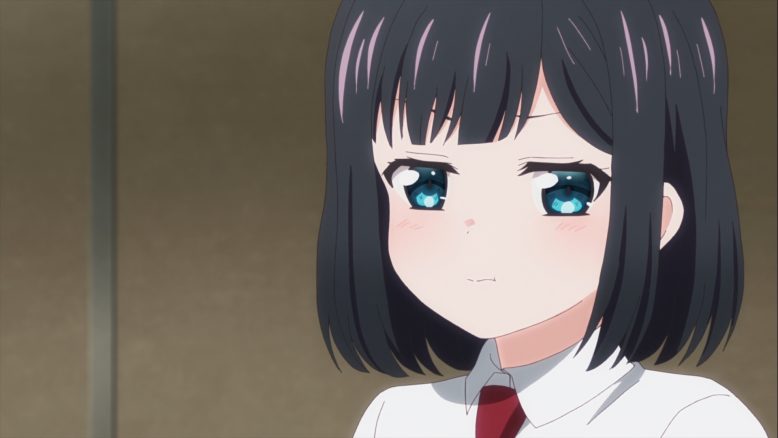 I’m sure it was intentional, but the only characters that really stood out this week were Riko and Naomi. They felt the most relatable in having prior experience with hockey. Although if they were just passing the puck around, I’m not sure how much that helps as experience. Still, at least they had a backstory that more naturally led to them picking up hockey again instead of just randomly seeing a flyer. The way they stopped also felt really natural. Naomi having more interest in figure skating than hockey and tried to transition to that. Riko without her friend didn’t have the motivation to keep going and dropped the sport. Nothing wrong with not having the passion for something that is pretty niche in your country. Not without your best friend around.

Despite them glossing over it, Naomi’s situation was something to sympathize with. Honestly, I’m not a great skater in general. But I can at least appreciate that she couldn’t really master a skill necessary to her sport (like handling jumps) and so had to let that sport go as something she actively participated in. That she isn’t too hyped to return to hockey makes sense since that wasn’t really her passion anyways. Plus it might just serve as another reminder of how she can’t go far in figure skating. Getting bribed for now is fine, but hopefully Naomi picks up some excitement for the game herself. Having Riko around and knowing how much fun Riko has playing with her should help anyways. 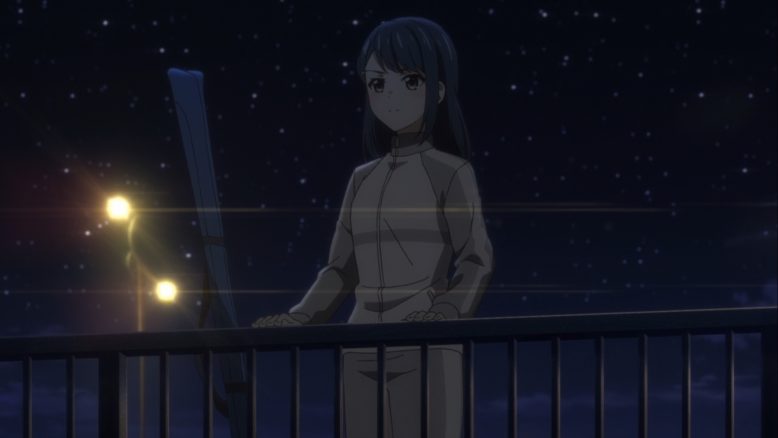 The story is moving along pretty slowly to be sure. They haven’t even really played something resembling hockey and still need to assemble the characters. I’d also mention that they need more than 6 players for hockey…and the number is more like 20+ players. I mean sure they can put a line on the ice with three forwards, two defense, and one goalie. But you do need a bit more than that to play a legitimate game. But, with a show like this I can’t imagine they’ll go nuts and try to throw that many characters into the mix. The mysterious ‘angry’ character seems solid enough. I’m not sure they need the drama of a friend having to transfer since they need as many players as they can get. But it should serve as good motivation for the group to accomplish something before Mami has to leave. 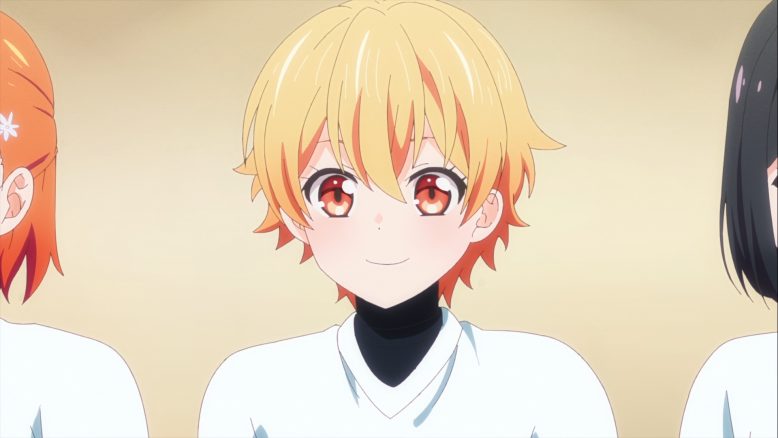 Just keep the focus on the ice

If the idol parts can lay low, I could see myself picking this show up for the season. If only because I do want to give this rare chance at hockey anime a shot. Saying the show looks to be average at best isn’t necessarily a good way to celebrate it existing. But at the very least it isn’t a bad show to this point. They are trying to give the sport itself some love and are taking their time in establishing it. Although I do hope they manage to pick up the pace a bit in the coming episodes. There isn’t that much time with a single cour like this. Not when it comes to actually telling a story and showing off games being played. And honestly once we see some games being played we can have a better idea of how good this show will really be.