Banished from the Hero’s Party – 02 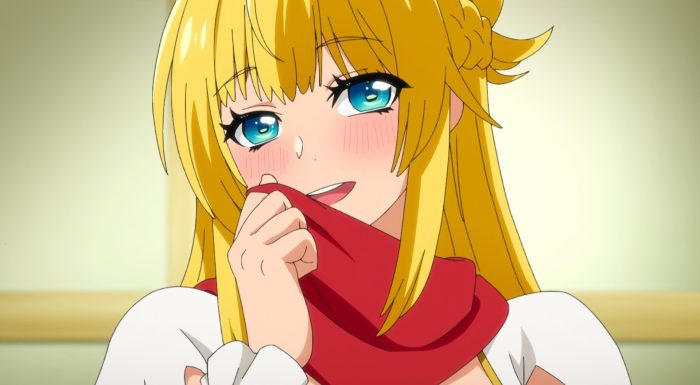 This episode was arguably even more fun than the previous one. Rit joining the show just added a lot to it. I expected her to be a likeable character considering the OP and ED. But she was still really sweet to the point that she almost was too much to handle. And certainly, she was so much that Red was overwhelmed at points. The nice thing of course is that there is a legitimate history between these characters so this isn’t exactly coming out of nowhere. Plus, I can’t help but really enjoy it since the two of them clearly have a mutual interest. They just need to work things out and start moving forward now that they’ve reunited. 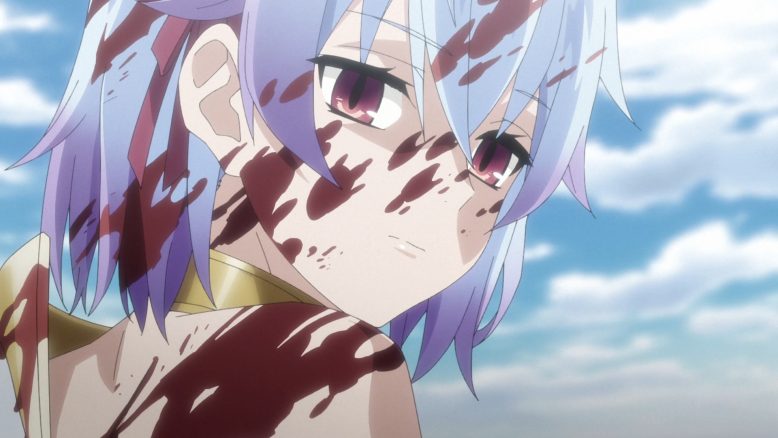 Ruti is good at the killing thing

There’s no question that Ares should be fired for how badly he’s handled things. Which is really something considering his point had logic to it. There were definitely risks to Ruti being too focused on protecting her brother and him falling further behind. But it is pretty obvious that he was an important part of that group when watching how it works without him. Ares just goes off on his own to replace Gideon/Red without seemingly asking anyone for their input. On top of that he continues to badmouth the guy that he pushed out of the party. At the very least Ruti (who is the leader of this whole thing) isn’t going to appreciate her brother being badmouthed. You’d think a mage would have some brainpower behind him. But maybe this just reflects how people in that world put too much stock into blessings.

Nothing against Tisse. She seems like a nice enough…assassin. But good luck to her if she is genuine. Because if she’s there to fill Red’s spot that is a pretty hard one to fill. Ruti is going to be on edge since there’s no avoiding comparing Tisse to her brother. I’m not sure if she’s friend or foe. No idea if Ares is just an arrogant fool who wants more credit or if he’s actually a follower of the Demon Lord trying to handicap Ruti’s party with an assassin. It could have been petty jealousy of Red’s leadership skills and position of #2 in the party behind Ruti in terms of authority. Or he could be a traitor. That either one is a legitimate possibility shows how utterly worthless that guy is as a human being. That party is on the edge with their hero camping apart from the team. 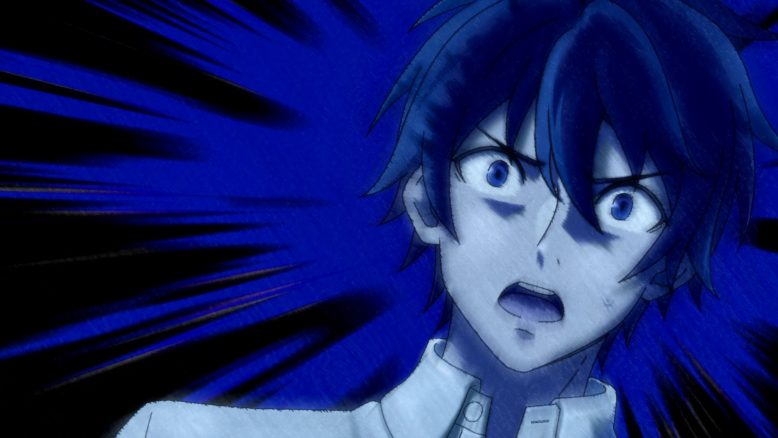 Back to the fun stuff though. I kind of love how Rit has basically moved in and it took until the very end for Red to realize her intentions. This girl knows what she wants and isn’t exactly shying away from going after it. Once she realized Gideon was Red…wow she made her move. She wasn’t exactly kidding about dropping her adventurer position and transitioning careers. Of course, it should have been pretty obvious long before the conversation reached Red’s shocked expression. Rit was already moving to have the shop renamed once they finished reminiscing about the past.

I suppose she should probably let Red make a few decisions about his shop and partnerships. But I do respect her really going for it. Found the guy she likes and is ready to fully run with this situation as far as she can go. Heck, Red might want to start preparing for the wedding now since she’s wasting no time here. Fair enough to say though that she’ll be a valuable presence. Not only can she help watch the shop, but she can also direct him away from any problematic creations that will collapse the local economy! 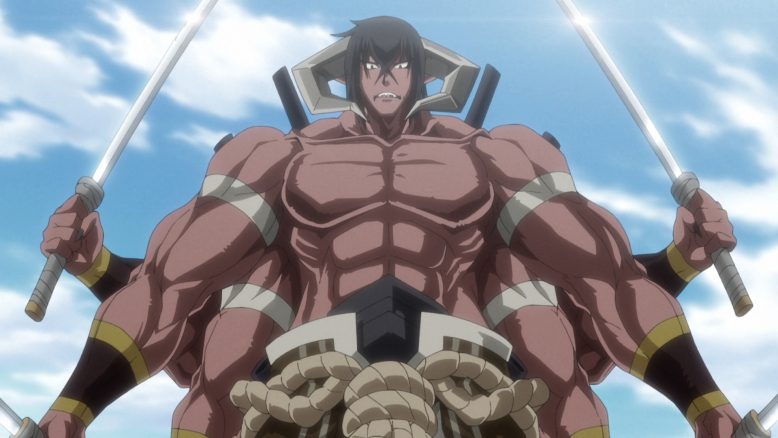 This guy got what he deserved

Their past was pretty nice to get a glimpse into. Obviously, there is only so much you can do with part of an episode on that front. But we still get an idea of what kind of person Rit is and how these two got closer. Certainly, it is fair to say that Red was very heroic as part of Ruti’s party. There is no question that Ruti is a powerhouse and deserves her title. But Red is a good people person and was the reason Rit was able to pick herself up again after the tragic losses she suffered. Red was able to motivate her not only to benefit herself but her people as well.

Red had the ability to realize the bigger picture far more than someone like Ares. It isn’t just about winning the war, but making sure that people and nations don’t feel weak and helpless. Because another threat is going to come and those people need to have pride in themselves if they are going to rally against the next threat whenever it does come. 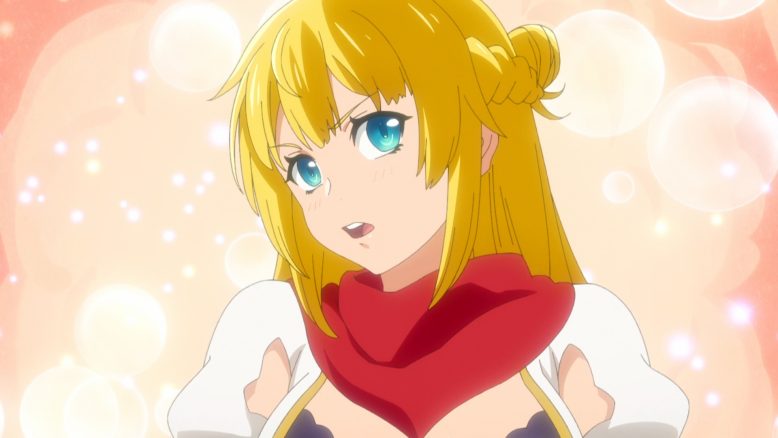 If there was anything this episode managed to do it was making me smile. Rit of the past was the perfect kind of Princess in all honesty. She had the ability to protect her people and the courage to stand on the front lines. Of course, she was a total tsundere back then, but not in a bad sense. It was the kind of tsundere that was pretty obvious how she felt and when she got too cocky…she tended to self-destruct anyways. It is no wonder those two grew close across the limited time she was cooperating with Ruti’s party. 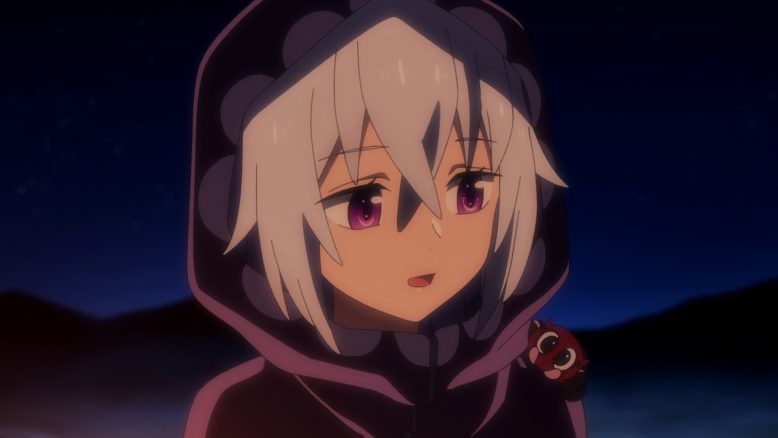 Welcome to the team?

There’s no question this show has been a lot of fun and is one of my favorites of the season so far. It is just nice to see both a pure fantasy series and one with leads that feel a bit more honest with themselves. I am curious though in how the overall story is going to play out. It feels unlikely that things are going to continue going smoothly for Ruti’s party. And yet the very title of the show makes me think that Red isn’t going to reconsider his life plans here. Is he somehow going to cross paths with his sister anyways and help give her a push in the right direction so she can go beat the Demon Lord? I’m not sure, but it would feel a bit odd if the two main storylines don’t cross. All we can do is wait and see.