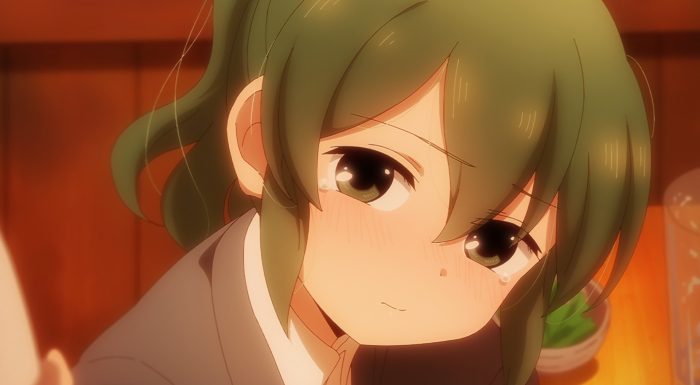 Sometimes you just need a fun show to make the day a bit brighter. This absolutely managed to do that for me. Going into it I wasn’t sure how enjoyable either Futaba or Takeda were going to be. But both of them ended up being a lot of fun and left me really cheering for the two of them. Not often that I’m totally behind a main ship in this kind of show before the episode is halfway over. But in this case that absolutely happened. Both characters just fit nicely within the setup of this show and bring the right kind of sincerity and fun to their characters. The others around them should make the show plenty of fun as well. But the key thing really is these two having the right personalities to make the audience cheer for them. 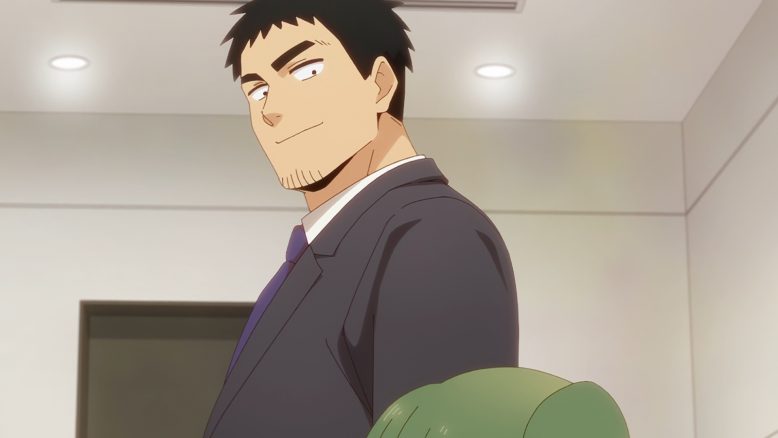 The setup made me think that Takeda could end up being really annoying. That’s hardly a surprise considering the title. But it really is a good kind of annoying for the main character. Takeda is annoyingly considerate, boisterous, reliable, and she is falling hard for him. No surprise since he has a really good attitude and really does his best to support her. Part of it is simply being a good senpai, but he could get away with doing so much less. A winning moment was revealing that while he supported sending Futaba out to have some fun…he stayed behind to keep working on making up for the mistake made. Another strong moment was of course him helping set her up for the presentation when she was getting nervous. Not stealing her thunder, but doing just enough to help.

The most annoying thing might have been that he treated her more like a daughter than a love interest. Although there’s plenty of time to get him to see her in a different light. And that could really just be how he’s tried to interpret his reasoning for looking out for her so much. It would be a bit too easy anyways to have the guy completely fall for her in the first episode. Got to keep the uncertainty alive for at least a bit longer. 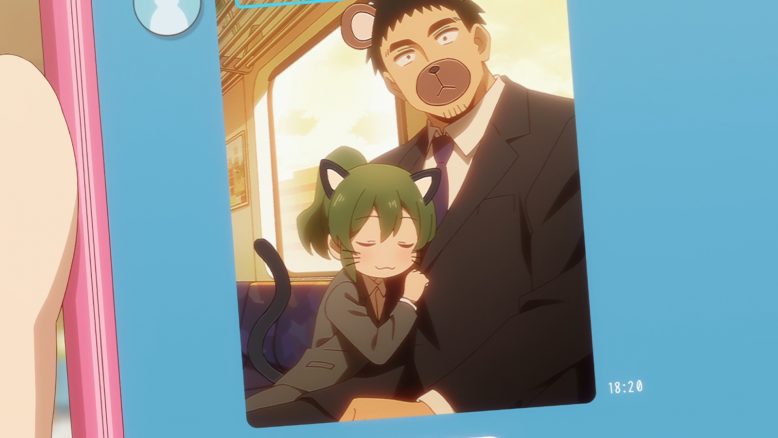 Futaba is the type of character that is doing her best to act more mature than she is. Of course, to a degree that makes sense. She is an adult and trying to make her way in the world. And yet she has to handle being rather short. There would be a natural desire to try to act as mature as she can even if it doesn’t suit her. In that sense it is important to have people around her to support her. She did make a pretty bad mistake which caused her and Takeda a lot of trouble. She was just off when putting things together and it spiraled out of control. That she felt down was pretty understandable. I do agree with Sakurai though that Futaba is at her best when upbeat and energetic.

I do like how she set up future trouble for herself. Be it with the almost drunk confession to Takeda and her texting with her grandfather. Just leaving the conversation alone after he interpreted her message as her having slept with someone. Letting that sit is bound to lead to some hilarity down the road when her grandfather will likely show up to investigate the situation. 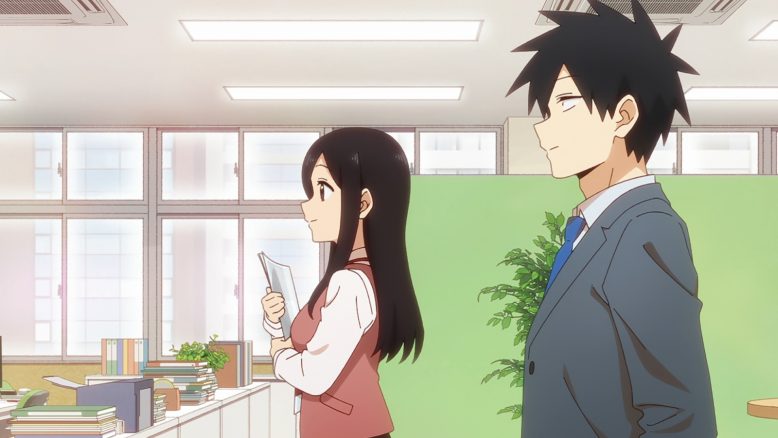 It definitely is nice to have this kind of romcom every now and then. There’s no shock that the highschool or isekai settings are the most popular right now. And maybe having Futaba be small and act childish at times is still trying to cater to that. But at the very least we still are getting a nice romcom between adults working at the same company.

We’ll have to see how the likely ship between Sakurai and Kazama turns out. But there is nice potential there. We get more of a feel for it from the OP, but even within the episode it is clear something will happen there. Throw in some silliness from the other people working in that office and there could be more than enough laughs to carry this show through to its conclusion. Fingers crossed that this show remains as fun as the first episode turned out to be.