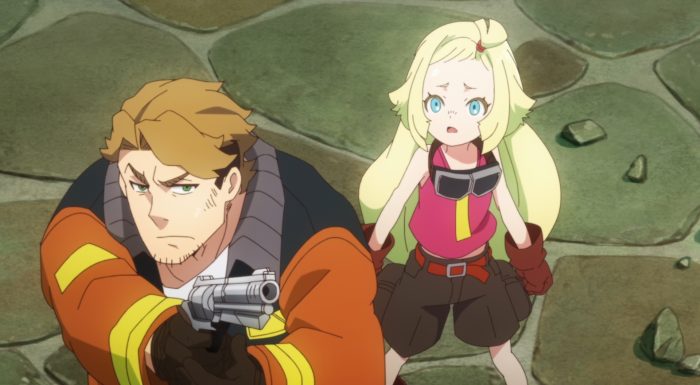 This definitely turned out to be as intriguing a show as I thought it might be. Definitely a different kind of mecha series. They spent a nice amount of time setting up this father and daughter pair. Their journey has definitely begun, but they made sure we understood them a bit before it reached that point. Gagumber and his daughter Memenpuu (wow the naming here) make for a good pair. There is definite conflict and has been for quite some time between them. And yet you can still tell that they care about each other. They are family at the core of it. Things aren’t exactly easy, but they are finding a way. Which makes me look forward to their coming journey. There won’t be the same issues between them about letting her go on this journey, but new ones will likely crop up. 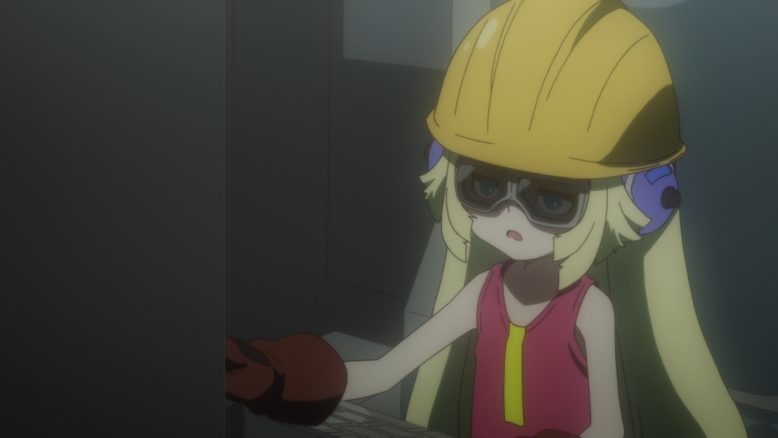 This kid is something

Memenpuu is an interesting girl to be sure. She’s 9 years old, but is clearly a genius. The girl is so far ahead that she’s already graduated from whatever college that world has and is inventing practical items that have assisted her father at work. At the same time…she’s still 9 years old. There’s a maturity in terms of intelligence that can easily clash with an immaturity of age and experience. Which undoubtedly makes things all the more chaotic for her father. Gagumber certainly is a mixed bag himself. He is a former marker (people that explore and map the labyrinth) but has spent all his effort insulting the profession in order to try and dissuade his daughter from becoming one. Even though he perfectly knows that she’s going to do it eventually. And honestly all he’s doing is making her more rebellious.

There is the question of what really happened to his wife. Did she honestly get fed up and leave? Somehow that sounds a bit too simple for this kind of show. I have a stronger feeling that she’s either the person trying to draw Memenpuu out or she was a fellow Marker that died on the job. I could see her father saying that his wife left him rather than admitting both that she died and how she died. Considering how against his daughter becoming a Marker he is…that would seem to be a pretty likely result. But who knows. 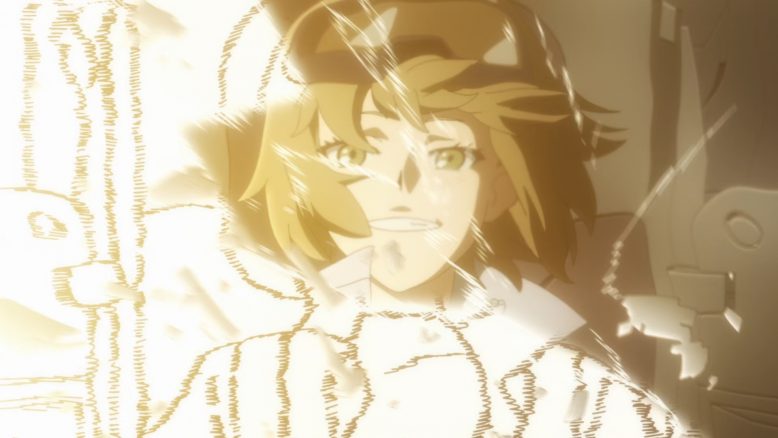 The other father/daughter pair of Walsh and Lynda (why do they get the normal names) were interesting. Obviously their deaths and the attack by the kaiju sparked events and pushed our main characters into motion. But they were just interesting people in general. Walsh was clearly an old friend of Gagumber. One that could understand why his friend was trying so hard to downplay the Markers and so never took offence. As a father I’m sure he understood the terror Gagumber had in having his daughter take up such a dangerous job. But all he could do was support his daughter on her path. Even if it did lead to their deaths.

Lynda was interesting. In part I’d say she was kind of hypocritical. She constantly tried to support Memenpuu and took shots at Gagumber. Talking about the romance of adventure and all that. But when the fighting started, she didn’t hesitate to shoot her down for ‘being a kid’. What was she going to do if Memenpuu actually did sneak past her father and join the Markers? Tell her to sit back every time things got dangerous? If she was going to encourage a dream like that then she should have been prepared to take responsibility for her life. Felt a bit strange that Walsh would complement her for being grown up for that. Maybe he meant she finally grew up a bit. Oh well. At least it gave them a nice family moment…before they instantly died. Gone so fast that they had no time to process it. 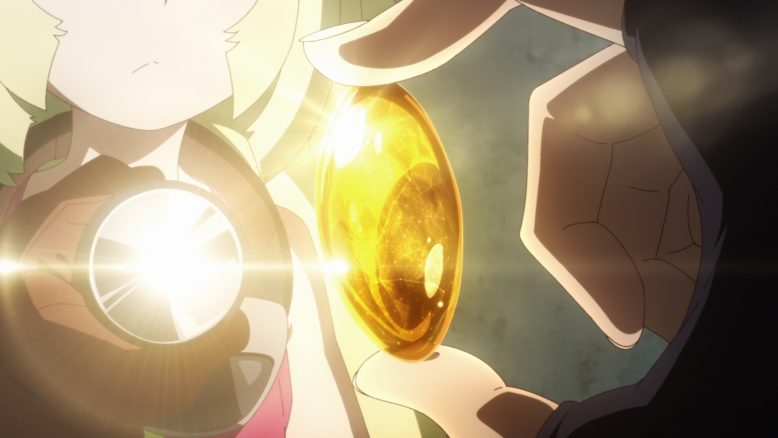 Some mysteries to unravel

There is definitely a lot going on here. You have the mystery of Urorop and that Memenpuu was somehow tracked while she was investigating that map she was sent. Her existence is known to some fairly powerful individuals. There’s no choice but to go adventuring from there. More monsters would be sent into that colony and from there…who knows how bad things might get. Unfortunately, the “right now” for Memenpuu leaving to search for that place in her dreams has arrived. Whatever is waiting for her will have to be tackled. I am curious how she’s having these dreams and how Urorop (if it really is that person) knows about it. There’s just a lot to explore here. 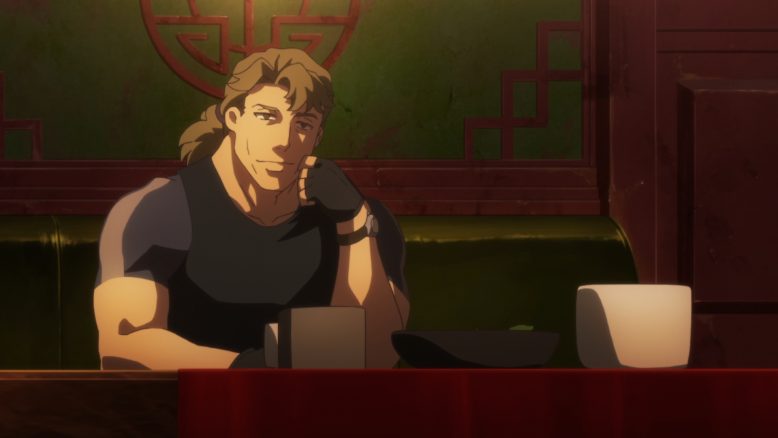 He was a good guy

Honestly, this was a really solid first episode. They established the setting nicely and built up to the story just taking off. Both of the main characters have just been hammered with a huge loss and yet have to get going. The first thing will be either dealing with the kaiju already in the colony or breaking past them to get out of there. I’ll definitely be keeping an eye on this show to see how it plays out. It’s a packed season so can’t say I’ll pick it up. But there’s no question that this was a good start.