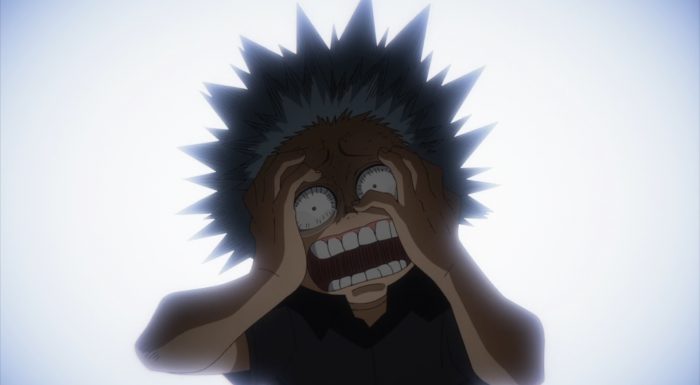 This certainly followed the pattern of this arc in giving out more villain backstories. Poor Spinner of course had a point made about him not really having a backstory. He was a kid who was bullied, mostly a shut-in, saw Stain’s video and got motivated to do something. It started out with just trying to mimic Stain and then he was caught up with the League of Villains. He doesn’t even really have his own desires, but rather just follows along since he’s got nothing else. Individuals like Tomura and Toga are so intense about their dreams that he just will follow along to see how the worlds they are chasing after turn out. A very background character in that sense. 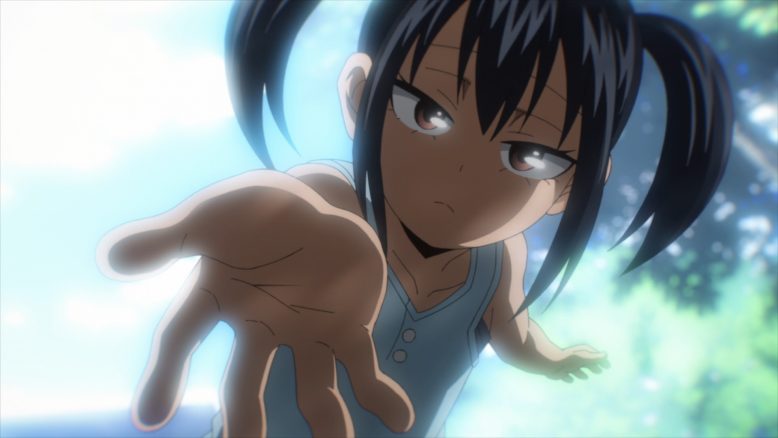 Tomura’s backstory was also pretty predictable. That certainly didn’t make it bad. They did a pretty good job using the atmosphere and those expectations to make everything uncomfortable. It was all going to end horribly badly. So, in that sense it definitely worked. I felt bad for how things were going and the moment things spiraled out of control there was no stopping it. Mostly I just felt bad for the people besides Tomura. No one deserves to get killed off like that.

Honestly the only surprise I had was how messed up Tomura himself really was. The show doesn’t seem to mind showing the villains having serious issues before they went right over the edge. It didn’t take long for Tomura to get a taste for killing and gaining utter satisfaction from it. Heck it didn’t even take long before he started trying to kill out of rage. The dog and his sister could at least be argued as not being filled with that much malice. But everyone past that point was pretty full of that. With the pinnacle moment being his father’s death. 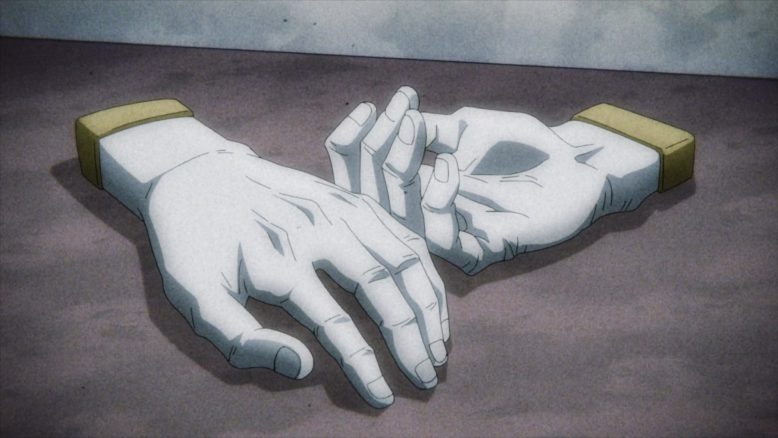 I have my doubts

The whole thing makes me really doubt that those hands are actually Tomura’s family. The way those people were dying I can’t believe they all just happened to have their hands available for being preserved. It is much easier to believe that All for One just killed a bunch of random people and used their hands. With them being in gloves would Tomura really be able to tell the difference? I’m not sure if the show will actually reveal if the hands are real or not. But regardless I just have my doubts. 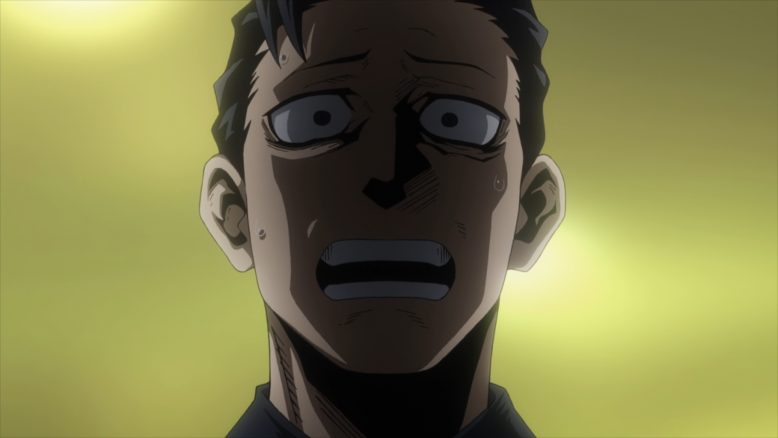 No question that Tomura’s father was a top tier failure. You can simplify him down to just being an adult Kota though. A child that was pissed off about his parent seemingly choosing strangers over him and getting killed in the line of duty. I suppose this character really was just used to show how Kota could have turned out without Deku being there. A resentful and angry adult that hates the mention of heroes and punishes his children for dreaming of becoming one. Just a really small human being that made use of his parental and financial authority. He couldn’t get over his issues with his mother and ended up venting them onto his family.

Ironically, he isn’t even as bad a parent as Endeavor. It just worked out that his child had such a devastating quirk that destroyed everything in a heartbeat. The other difference is that Endeavor had the power to handle any potential outburst. There’s no clear idea of what kind of quirk Tomura’s father had, but it wasn’t one that would prevent the tragic result anyways. He was just a bad parent that quickly was going down the road to being even more abusive. 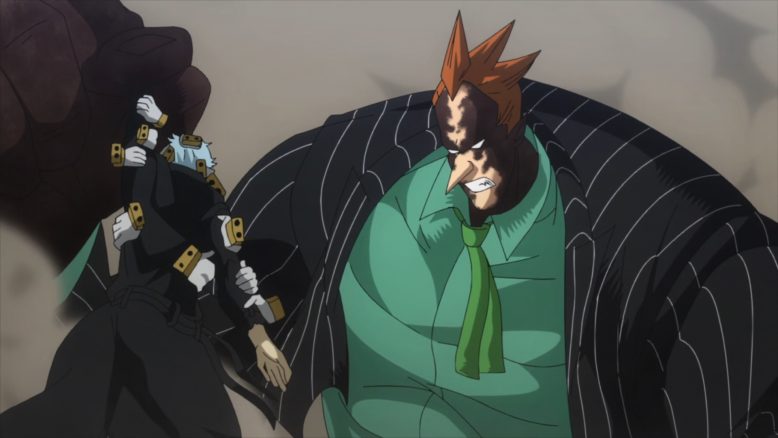 The plan to unleash Machia has gone off without a hitch. It now is just a matter of time before he arrives where Tomura is. Either Tomura’s own outburst of power will kill Re-Destro or Machia will. There’s no path forward in terms of survival for this guy. Even if he was able to pressure Tomura, that’s about all he can do. This showdown is just helping further accelerate Tomura’s growth into a legitimate Super Villain. No surprise what is going to happen since they already spoiled that for us. I’d feel bad for the guy, but he is a villain in his own right. The only difference is that Tomura really just doesn’t care about the future and wants to wreck everything. A living disaster that won’t ever be satisfied. 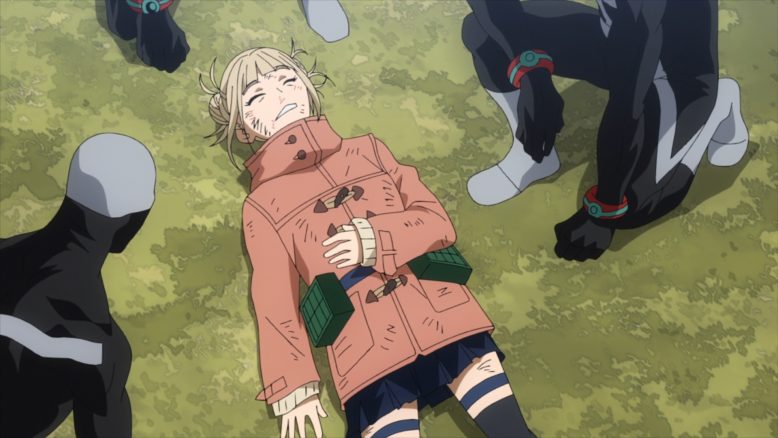 For someone that’s dying she seems ok.

I’d say this episode overall was a good one. Little moments like Twice using his quirk to create a bonus Toga to get blood transfusions from. Although I do wonder if that makes sense. Would think the blood would eventually turn to mud or something. But I guess the quirk just doesn’t quite work that way. Which is good for Toga since she can use the help. I’m presuming Toga is supposed to look way worse than she does since this hardly seems like a level of damage to require plastic surgery. Or maybe he’s just overreacting out of panic. That wouldn’t be a surprise.

The interesting thing will be just seeing the next episode playing out. We know the ending but it is still a matter of seeing the steps taken that lead to such a dramatic conclusion.