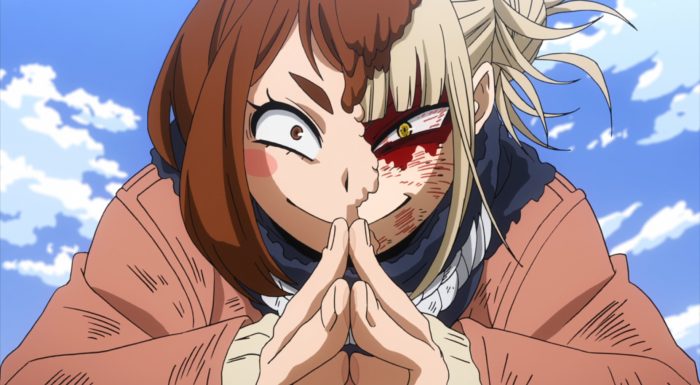 No surprise that a Toga focused episode ended up being pretty good. It was a good chance to dive into her character history and get an understanding of who she really is. We’ve gotten plenty of who Toga is right now from the show to this point. But this was a chance to see how things developed for her or in a sense how things didn’t change that much for her. Toga for a long time was very much like this. She had a powerful draw towards blood and that likely was partly due to her quirk. And she very quickly tied blood to things she liked. A bird was the cutest for her when it was bloodied up and she could ingest that blood herself. 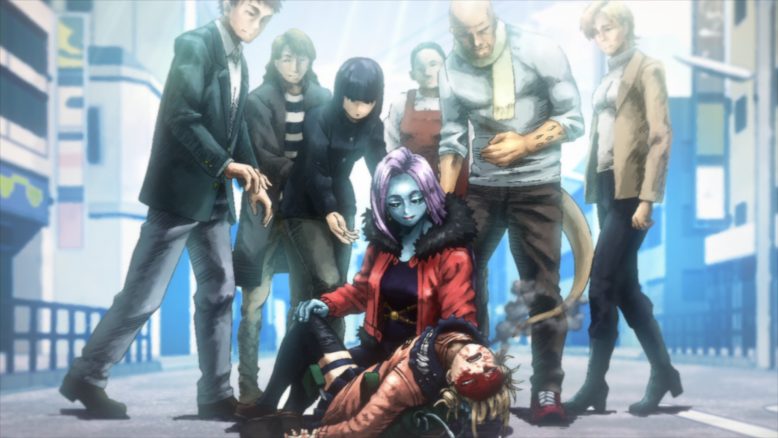 A dramatic episode for Toga

Maybe the craziest thing is that there wasn’t a clear breaking point for Toga. Obviously she stopped keeping up appearances after a certain point. When she attacked that classmate and drank his blood it was basically over in terms of subtlety. But she was always like that. It was simply that her more shocking traits had a lid put on them. A fairly dutiful daughter trying to behave as her parents wanted. With quirks tending to awaken at a young age it really was part of her for a long time. Fair to say that she almost never understood a form of love and affection that didn’t connect with ingesting blood from others.

In a lot of ways Toga is a sad character. She’s getting worse, but that’s hardly shocking considering where she is. The girl is part of a group called the League of Villains! She’s got Tomura’s disturbed and angry view of the world close to her. To the point where she very well has reached a dangerous point. The things she likes are to be loved, their blood ingested, and for her to turn into them. While the things she hates…should be destroyed. She does have someone like Twice around who does care, but I can’t see her mentality getting much better here. 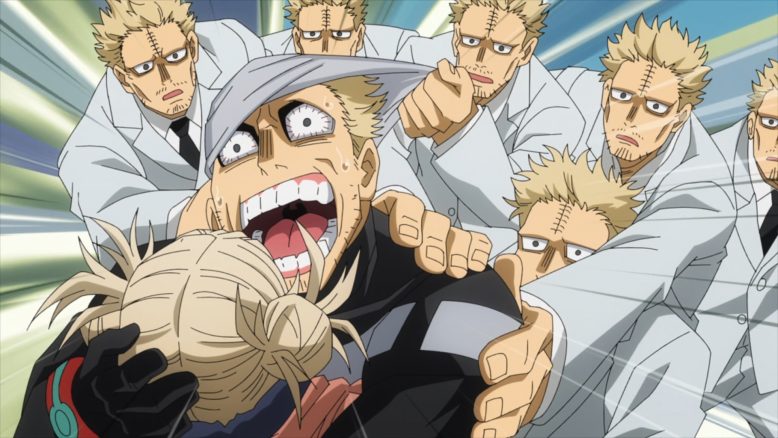 It’s going to be fine Twice

The downside is basically what you are expecting. If we didn’t know that Toga was going to be fine, then this episode would have been so much better. I know for manga readers it wouldn’t matter anyways. But I can only imagine how this would have hit me not knowing if she was actually dying. Because this is a good place to kill her. Her backstory is revealed and she’s effectively reached what could be considered the apex of her power. She can now use the quirks of those that she copies so…that’s pretty powerful. Of course it probably is like the copy quirk and it would fizzle out if she tried to use it to copy Deku. Her dying here would’ve been plausible. I just lament that we lose out on the mystery of her fate. 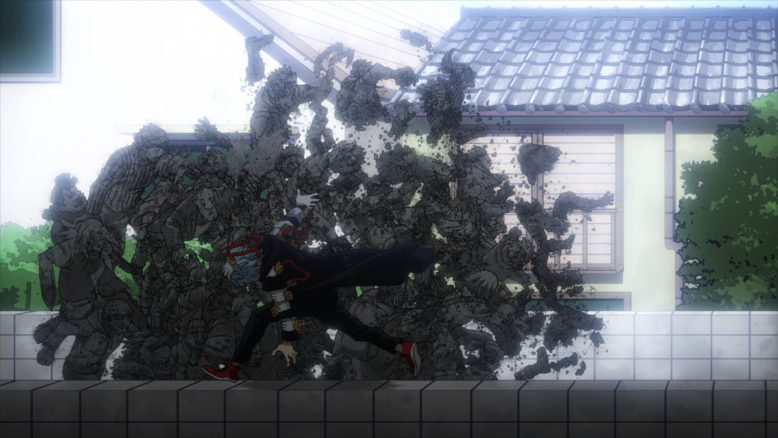 I guess this episode basically captures the arc itself. The villains are growing through all of this and getting stronger. Tomura is able to shockingly use his quirk beyond the range of his hand which is pretty extreme. Be handy if Ochaco could expand her power beyond what she physically touches. Regardless it isn’t surprising the villains are growing stronger due to that insane fight against Machia and now the Liberation Army. But it is still a big deal to actually see them growing stronger. They are already a pain to deal with and are only going to get deadlier. 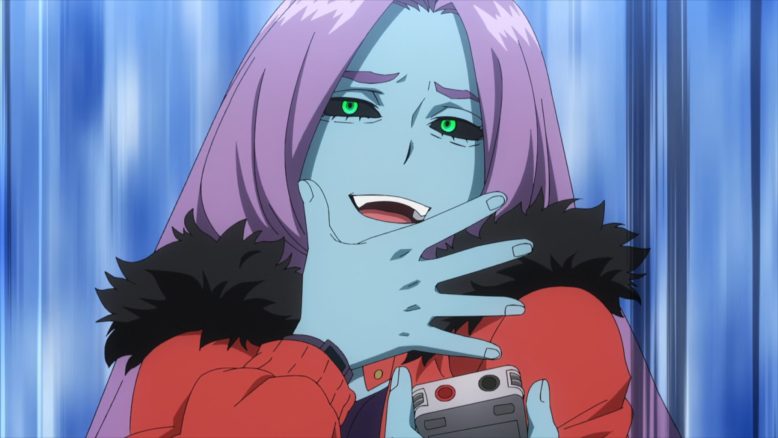 They are all dead

Again I’d be more interested in the Liberation Army if I didn’t know how it was going to play out for them. They are either all going to get killed or they’ll bend a knee to Tomura eventually. The only mystery is how openly the League of Villains will be running the Liberation Army and if the members as a whole understand their situation. That probably will be the case considering how the League is ripping their way through this group. Toga having some troubles aside, the League seems to be doing just fine. The only question is whether they’ll kill the Liberation Army before Machia even shows up or not. Although that could be a problem for them if they are exhausted by that point. 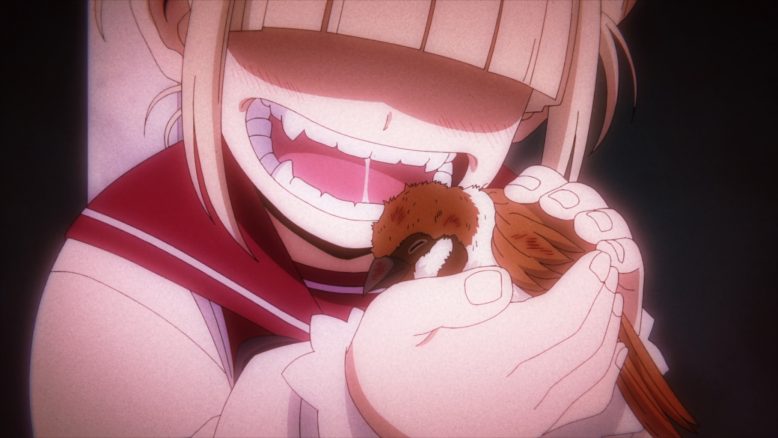 This was just another good episode. Definitely a lot better than the episodes we’ve had early on. Toga’s character got a lot more interesting thanks to seeing how she has and hasn’t over time. And it is somewhat interesting that they are actually aiming for Twice with all this. While clearing out the League has some validity to it, I didn’t buy it until that reveal. If they really didn’t care for the League then leaking their location to the Heroes is the simplest method. But needing Twice changes that a big. Anyways, I look forward to seeing how the next one goes. Twice should get a strong episode even if we know how it will turn out in the end.