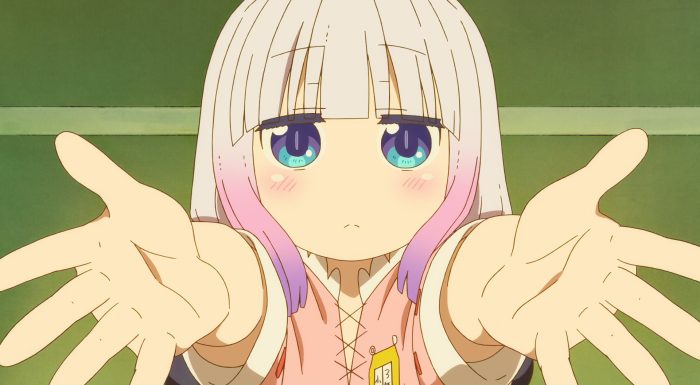 Once again this show has just found the right balance between comedy and more serious moments. It managed to have me laughing at the nonsense Fafnir could get up to, but also appreciating an actual in-depth discussion about sleep. I really did not expect to leave this episode pondering the history of sleeping at night and the impact on dragons XD. But honestly the topic was fairly interesting and you are left wondering if they were right on the conclusion or if there is another factor involved. Certainly the impact is pretty pronounced if these powerful dragons are being influenced by it. Although I’m not sure that Fafnir is actually sleeping. I have a feeling he really does just play games 24/7. 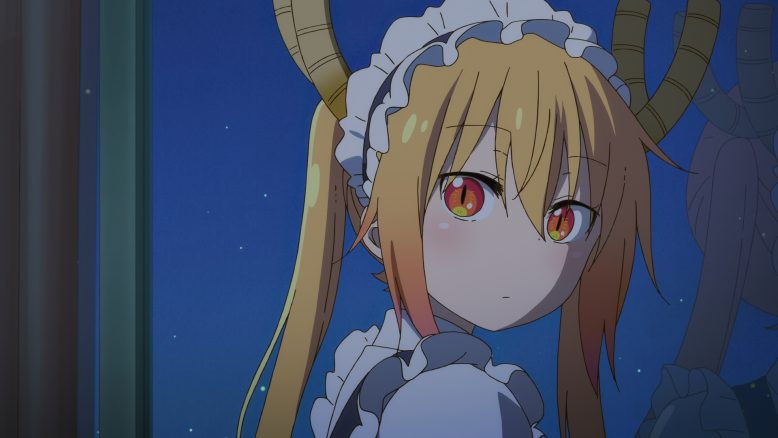 I do wonder if Tohru’s boredom theory or Kobayashi’s peer pressure theory are correct. Certainly for humans it is pretty basic. People are wired to suffer and die if they don’t sleep. It’s a necessary part of humanity after evolving down the road we’ve been on. But there is also room for the theory on peer pressure. That people felt like staying up at night and sleeping during the day had less value than doing the exact opposite. And since that’s just the accepted way of doing things then people have continued doing it. Changing the sleep patterns of an entire species at this point would be pretty involved and a real battle against the way people are.

The boredom idea isn’t a bad one either. Tohru and company had to keep aware at all times. They have divine beings, other dragons, and even humans looking to end them at all times. Tohru already made clear how hard it is for a dragon to just have a home in that world. Sleeping would just be an additional nightmare to juggle on top of everything else. Plus, they are powerful entities that don’t require it. Sleep is a luxury. Since their lives are far more easygoing (even if Elma has to work) they could just end up tired as a result. Honestly I think it is a combination of factors pushing the various dragons to sleep at night. But that’s not a bad thing. 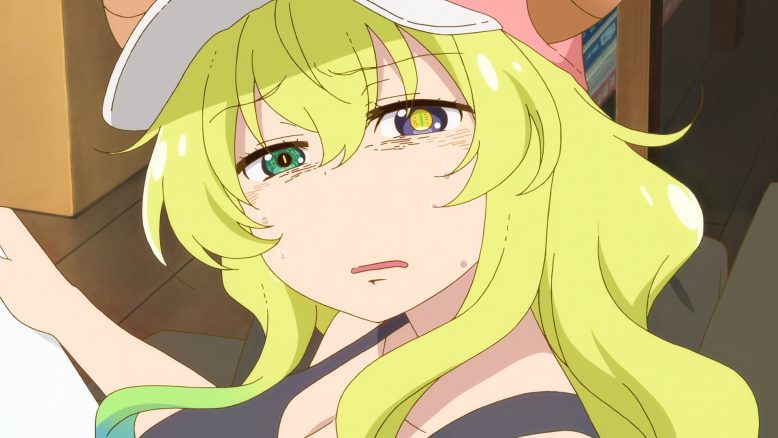 “I have some strange friends”

Lucoa has far more respect from me now than ever before. She really put in some work to help out Fafnir. Even if his artistic skills and storytelling is on a questionable level. This is also one occasion where I really appreciate a bit of censoring. Really didn’t need to actually see what the heck Lucoa ended up doing to her body. Credit to her for actually doing that. I’m not sure she had to go that far to help Fafnir out with his art. It did lead to a pretty good bit of comedy where he kept throwing out ridiculous requests and she could just do them.

It did make for an amusing result where Lucoa still ended up selling more than Fafnir. Of course a photobook that had Lucoa in it would sell pretty well. Not to mention Fafnir’s creative direction just isn’t going to have broad appeal. If his story had gone down the forbidden romance direction then it probably would have done well. Even if it would be this older women and this younger kid. But that is the way it is. If Fafnir changed his whole direction it wouldn’t be treasure for him. So I guess for now he’ll continue to suffer. 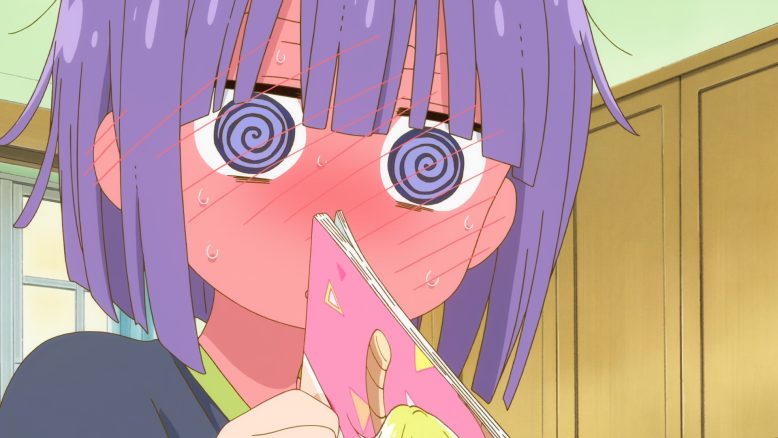 Of course Lucoa mostly did all that for the sake of Shouta. Which honestly wasn’t exactly all that bothersome to him. Even if he tried to throw the book away and call it the usual devilish temptations. He clearly wasn’t that troubled. At least Lucoa made a nice side profit from this. And since she was selling cosplay pictures instead of walking around in extreme cosplay she didn’t have to worry about being taken away by security this time XD! I’ve never been a big fan of Lucoa and Shouta in the show. But at the very least I could appreciate this episode where Lucoa was pretty helpful and likable overall. She was pretty hands off as well when it came to Shouta. So any issues he had were mostly self-inflicted. 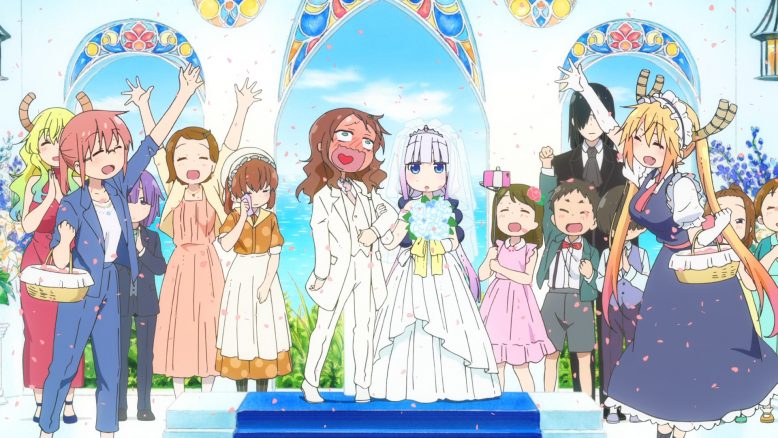 Not going to complain about more side adventures with Kanna and Saikawa. The best part I think was getting into Kanna’s thoughts on humanity more. She really does like humanity and finds people fun to be around. These lighthearted games without any real stakes are a joy for her. And of course part of that is because Kobayashi and Saikawa are part of that species. So there’s no harm in going on these little adventures. Even if they did run into a ghost or an alien by some shocking coincidence…Kanna could absolutely handle that.

I also appreciate how Saikawa isn’t even trying to hide things. Usually when a situation about crushes being revealed comes out there would be fear. But for Saikawa there is nothing to hide. She’s open about how much she likes Kanna both to those around her and to Kanna herself. Nothing to embarrass her with on that side. But it was a good twist to have her wanting to lose the game just to hear Kanna’s feelings. 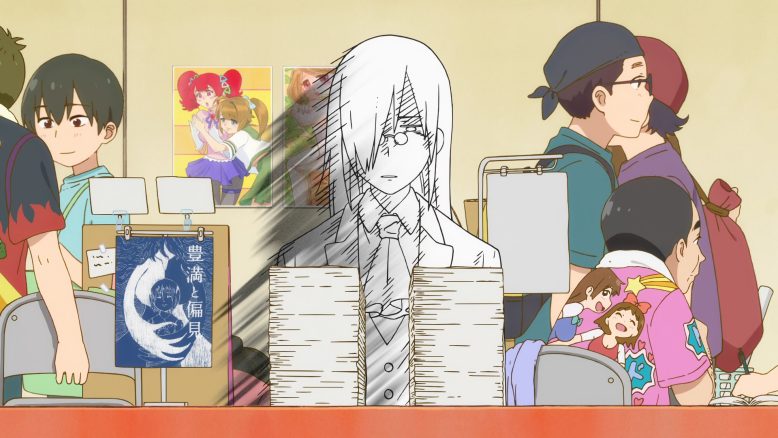 This was just another very fun and enjoyable episode. Nothing big really happened in it. But it was just a nice series of character interactions that left me smiling. I’m curious to see what this season might actually end on for a major plot point. Last time there was Tohru’s father showing up which definitely shook the status quo. Maybe someone will make a move to come after Ilulu again? No idea, but I’m sure it will be a good way to leave things off. For now though I’ll just gladly look forward to the next episode.