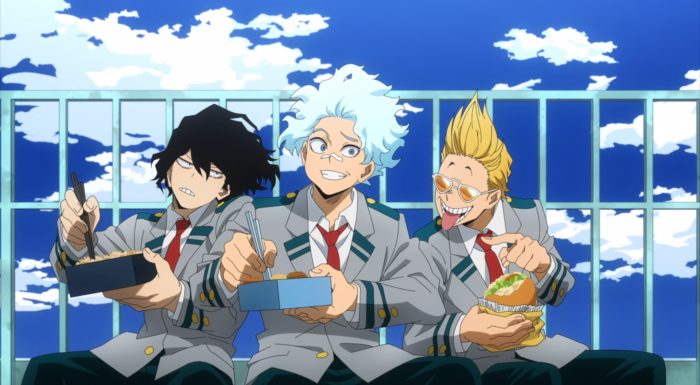 If nothing else things got pretty serious with this episode. Of course the horrors that All for One could unleash was already fairly well understood. But this episode just continued to hammer home how far he’d go and how he’d use the living and the dead for his own amusement. Kurogiri was always an interesting character with his powerful quirk and being there right from the start of the League of Villains making their mark on the world. But it was never clear that there was something that serious going on under the surface. Of course I have my doubts this was actually intended for Kurogiri’s character right out of the gate. But his bod being covered in that black mist created the perfect opportunity for this kind of reveal. 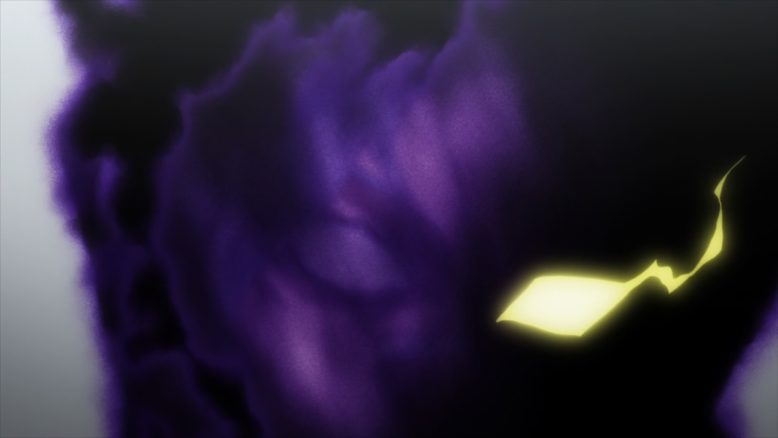 Life after death was rough for Oboro

I suppose if there is any comfort it is that Oboro was dead when All for One got his hands on him. Not entirely certain that every person turned into a Nomu was in that condition when they got started. There’s still something in there of course. But it is hard to say how much of Oboro is really still there. There might be a lot…or there might be nothing much at all. Just lingering memories and attachments might be all there is now. Either way it is a pretty horrible thing for Oboro’s friends to discover. I’m not sure if I should hope for his family to find out the truth or not. They’ve put him to rest for years now. And it isn’t as if Oboro is alive and well… Just a messed up situation. All for One turning someone truly heroic streak into a psychopath’s servant.

Rough day for Aizawa for sure. I know he wasn’t alone in this one. But the episode really was focused on his viewpoint and how his life was shaped by Oboro’s death. The guy got to see clearly what happens if a prospective hero doesn’t respect the value of their own life. Or at the very least what happens when they don’t realize the cost of the risks they take. There’s no one that can be saved when the person doing the saving dies in the process. It does feel like backtracking to reveal that all the students he ‘expelled’ ended up fine in the end. That seems like something All Might should have easily discovered when going through Aizawa’s previous teaching record. 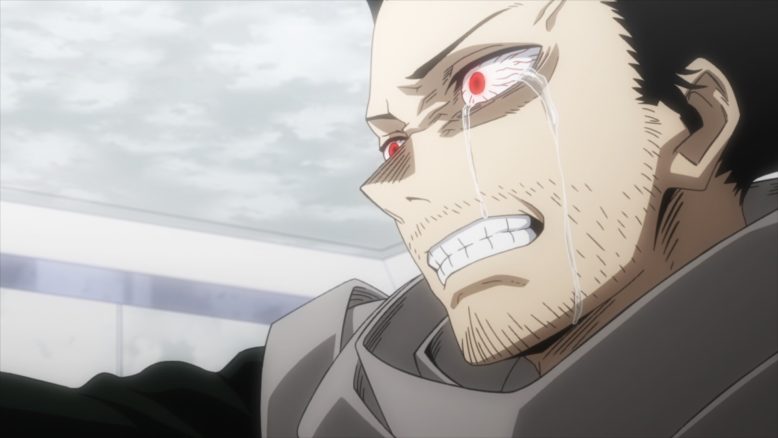 What a day for Aizawa…

In a sense the episode was pretty focused right on this conflict with these three old friends. And it worked in that sense. Even if this guy was basically revealed from out of nowhere. The impact on Aizawa was clear as day and you could feel that pain. Having an old wound just ripped right open and having to battle through it because there was something bigger at stake. There’s no chance to really recover Oboro after what All for One and that doctor did. But if they can figure out where the Nomus are produced and where that doctor is then maybe they can at least stop more people from being turned into mindless puppets. 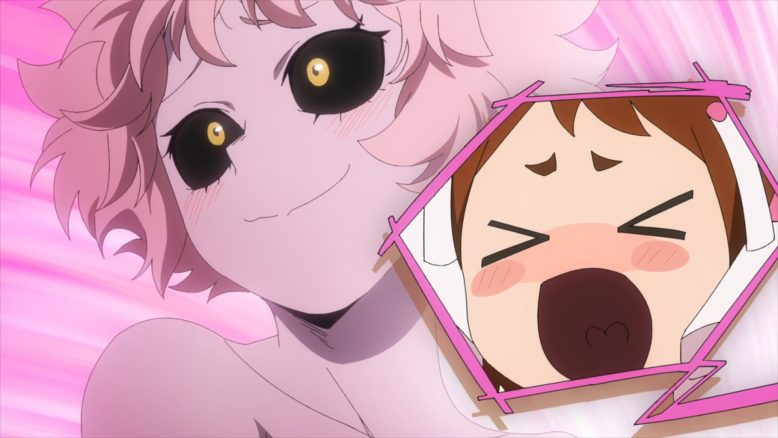 I will say that I’m as always a bit mixed on how they are handling Ochaco’s feelings for Deku. On one side it is nice to have pretty blatant confirmation on a regular basis that she has them. But on the other it is frustrating going this shounen angle where romances are to be hinted at but never actually explored as part of the plot. She’s got to close up her feelings for Deku and keep them sealed. Even if it tries to use the excuse of keeping her focused on her personal goals…I don’t really buy it. As if she’s going to have less on her plate in the future when she’s a pro hero so she should save being open about her feelings for that point in time. A bit annoying to have open acknowledgement of feelings being saved for an end point rather than a starting point. 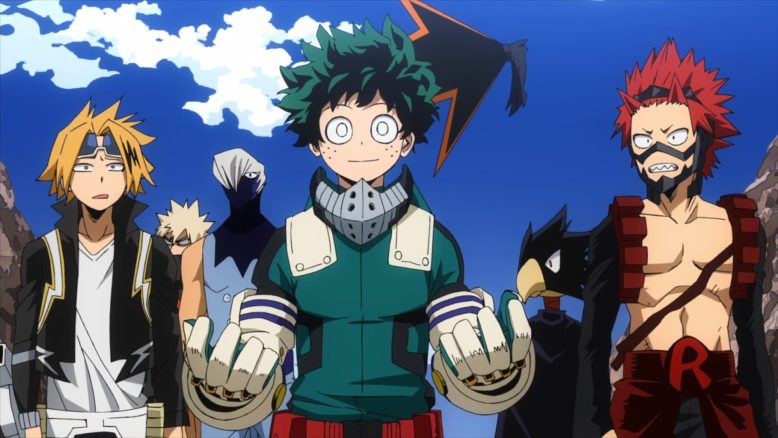 This was probably one of the better episodes in a while for the show. It stepped away from lighter stuff and just went all in. Plus it was just easier to get invested in something like this in comparison to the Todoroki family drama. And it just further locks in the likelihood that Todoroki’s ‘dead’ brother is Dabi. It just fits having these villains who are deeply connected to the protagonists.

Here’s hoping the next episodes will turn out to be strong ones. We’ll clearly have to deal with a difficult transition here. The story set to move into the past that was skipped over in order to have the last stretch of episodes tie in better with the movie. Fingers crossed the rest of the season is strong enough to leave a positive impression.