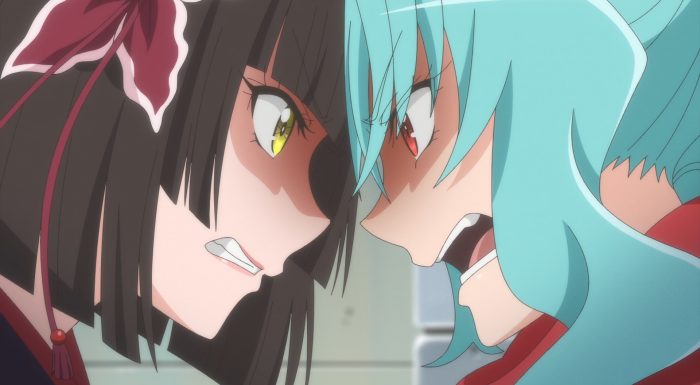 Things continue to move forward even if this episode didn’t involve a dramatic leap. Makoto continues on his path to making his company and Tomoe has finally made her return. This just felt like an episode where it was mostly setting up where we’ll be going next. Whether the Rembrandt Company is up to something or not remains to be seen. It does appear like the show is pointing towards them being a black company while the suspicious guys watching Makoto are actually the good guys. But you just never know. The show could be playing both sides to mess with us. Although in that sense I’m not sure what to make of the overall situation. 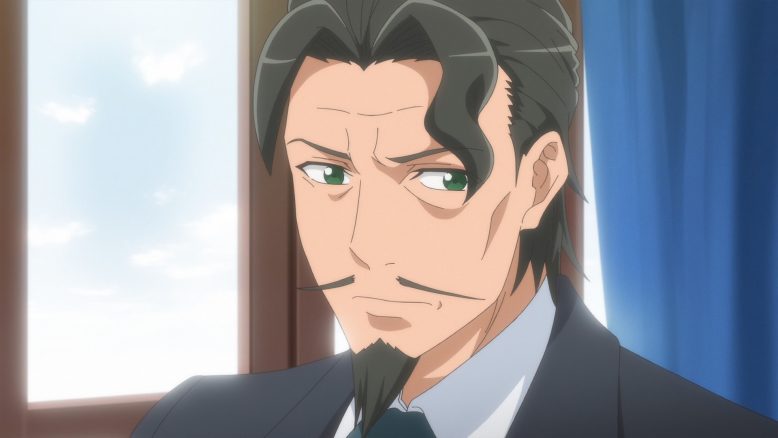 So far it isn’t clear what is even shady about the Rembrandt Company. The only shady thing is that they don’t appear to be very shady for such a big company. And in this world that is certainly suspicious. But not appearing evil isn’t a good reason to think someone is evil and it certainly doesn’t explain what evil they are getting up to. I guess the question remains of whether there was actually a curse or not. If someone targeted this guy’s wife and children that certainly isn’t a good look. Unless of course they were also evil. But I can’t really accuse characters we’ve never met of being evil. Especially if they have been cursed…If it is all an act then that was a rather excessive ploy having all the people rush in there in emotional gratitude.

I guess the big thing here is my lack of awareness of the bigger picture. Until we get a look at that it is hard to be overly suspicious of the Rembrandt Company. Even if the odds are good that they and their president are up to no good. Thankfully I can’t imagine the next episode going completely by without revealing the truth. Either that group of adventurers will make a move (though they stand no chance against Makoto) or Rembrandt will reveal itself to be a rather evil organization. 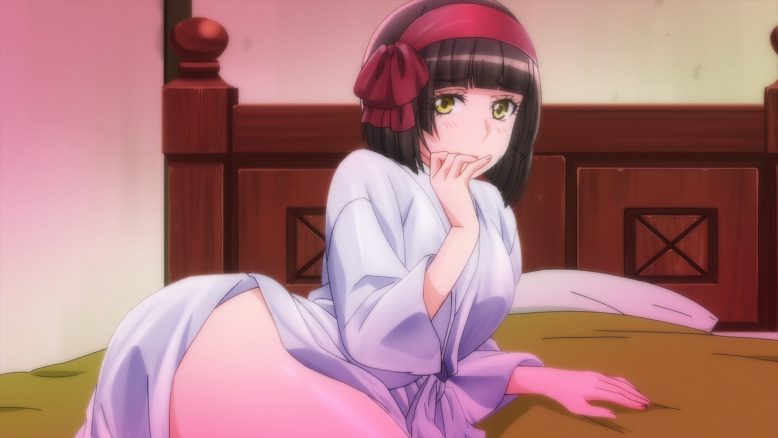 It was kind of nice seeing Mio finally getting access to Makoto’s memories. Of course it wasn’t quite as satisfying since her focus oddly transitioned to anime. I would have thought Makoto’s actual memories of his own life would have been far more interesting to her than that stuff. I do get her draw towards stuff like that in a general sense considering the emotional impact Makoto’s big attacks made on her as a giant spider. But I just figured she’d be far more interested in learning more about Makoto and even the girl who confessed to Makoto in the past. Even if she isn’t available directly as a rival right now considering…the huge distance.

That blended nicely with the continued fail on getting Makoto to take advantage of his position. Even Tomoe is going for it a bit. Although I think she’s holding back on really pushing things since there was the overall agreement that Mio goes first in that area. But as things stand…it isn’t happening. Even with them posing rather provocatively he’s not going for it. Again I do kind of get why, but I still feel a little bad for them here. It might be best for him to just officially draw the line to make things easier for everyone, but I guess that’s not going to happen either. 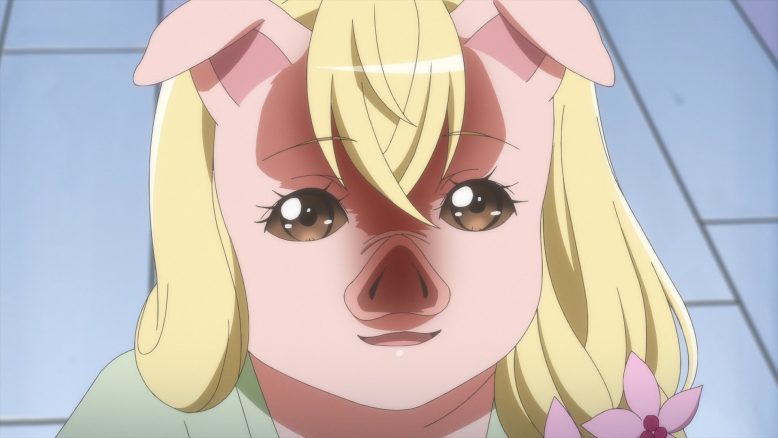 Do whatever she says!

Emma deserves a lot of credit for how far she’s come. This girl was on her way to be sacrificed when we first met her. That would have been a colossal loss for a lot of people. She’s really found her confidence. Whether she is dealing with Makoto, Tomoe, or Mio she is just able to take charge. There is a strong grasp of her position within all this. She doesn’t push herself beyond that position. But at the same time she’ll be firm with absolutely anyone out of her respect for Makoto. The good thing is that she is getting Tomoe to work in this episode. If Makoto’s memories are going to be helpful for the future of their demiplane then they really do need those memories recorded and organized. 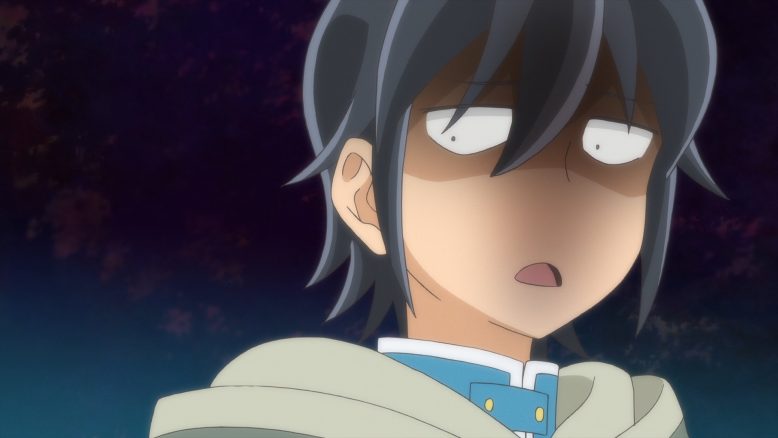 If we’re talking about the advantage of the modern world…we got to see that pretty well with Makoto’s test taking. This is one time I don’t mind anime making our world seem so darn superior. The progress within that world technologically would make me think their education system isn’t overwhelmingly strong. Presuming there even is a kind of organized education system for those who aren’t wealthy already. No wonder that he had a pretty easy time. It would have been a bit funny if he got some answers wrong when it came to more specific rules within that book. But it is perfectly fine how this all played out. 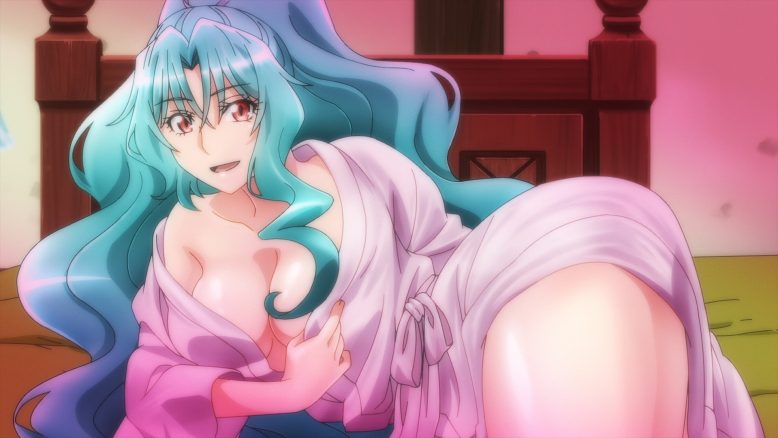 Now we can see what will come our way next episode. It seems likely that we’ll find out what is going on within this town. Maybe we’ll also continue progressing this whole illusory city concept. I do appreciate what Makoto is going for. If you get a variety of adventurers out in the world with rare food and goods then it won’t be as suspicious with Makoto also hauling them around. But the big focus of course is with the suspicious company. There’s no real threat to Makoto of course. That is all the more so the case with Tomoe hanging around. But a lack of obvious threat doesn’t mean a lot can’t happen.