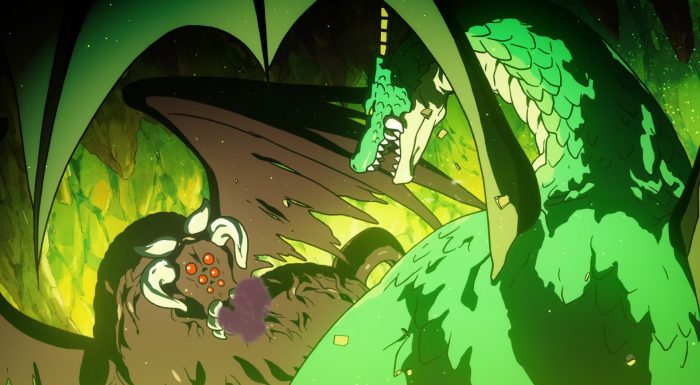 This was just a good and silly episode. Nice focus spread around between the various human and dragon pairs in the show. Definitely not a problem to take some time away from Kobayashi and let others shine in the meantime. I did expect the focus on Shouta and Lucoa, but I didn’t think we’d get nearly so much from the others. It was honestly nice seeing a mature discussion between Takiya and Fafnir along with even more Kanna and Saikawa. All these pairs reflect different ways humans and dragon are interacting and it is good to let them shine after the spotlight has (understandably) been focused over towards Kobayashi, Tohru, and Ilulu for most of the season. It was just fun going from one pair to the next and seeing what was going on. 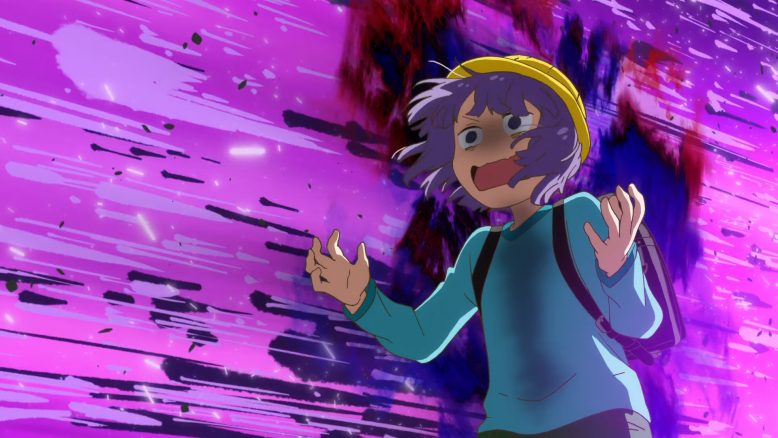 This kid is losing it

Certainly, I’ve never been a big fan of the Shouta and Lucoa side of things. While most of the pairs have a repetitive aspect to their humor I just never got into that one. But I will admit to liking the more serious moments they gave the two here. It is nice to cover the idea that Lucoa has been afraid to settle down anywhere. That being driven away from her home just left her uneasy. Of course the background of that is better known in terms of myth since the show itself has wanted to just keep it simplified as much as possible. Lucoa got drunk, things happened with her sister, and yeah she was driven away.

I like the idea that seeing Tohru of all ‘people’ being able to settle down pushed her to want to seek that out too. And Shouta’s summoning ritual was just a good excuse to give it a shot. Leading to her settling down in this world and…yeah causing Shouta all kinds of nervous breakdowns in the process. 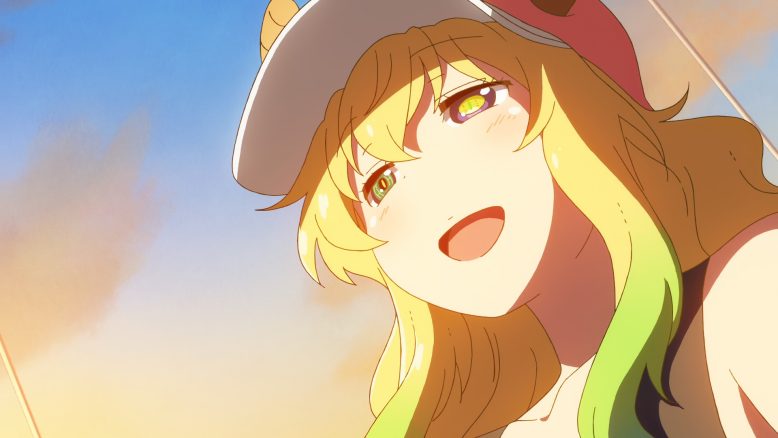 Makes total sense that Shouta was trying to seek out some weaknesses so he could get a more stable footing in this situation. Even though he fully grasps that Lucoa is a being far beyond him and so powerful that he’s never going to be ahead in that sense. But at the same time being treated like a kid (which he is) and feeling like he doesn’t have her respect would eat at him. The point is fair that Lucoa wouldn’t stick around if she didn’t want to. There’s no way that kind of contract would tie her down in reality. At least they had a chance to really talk things out and Shouta should feel a bit better in terms of understanding Lucoa. 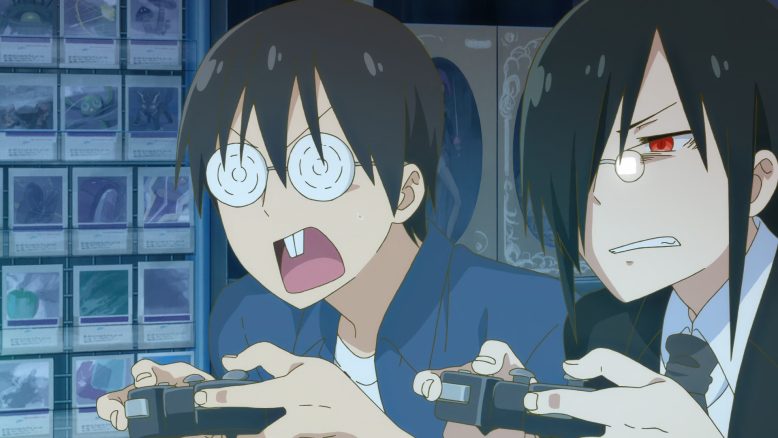 This kind of friendship works too

It was kind of fun seeing Takiya being a bit more serious. Having his parents visit and figuring out how to handle Fafnir for that would be an interesting event. Either having him go or having him…not act like a dragon while his parents were there would make things easier. But it is tough to make Fafnir do anything. He is one of the more powerful characters in the show and even Tohru has a tough time with him. While I respect Shouta’s idea…I do agree with Takiya not actually trying to follow through with it. It is doubtful such a thing would actually work. But even if it did then that would definitely shatter the bond that exists between them. Fafnir behaves as well as he does because he does consider Takiya to be worthwhile. A nice friendly chat concluded by playing games just fits these two. 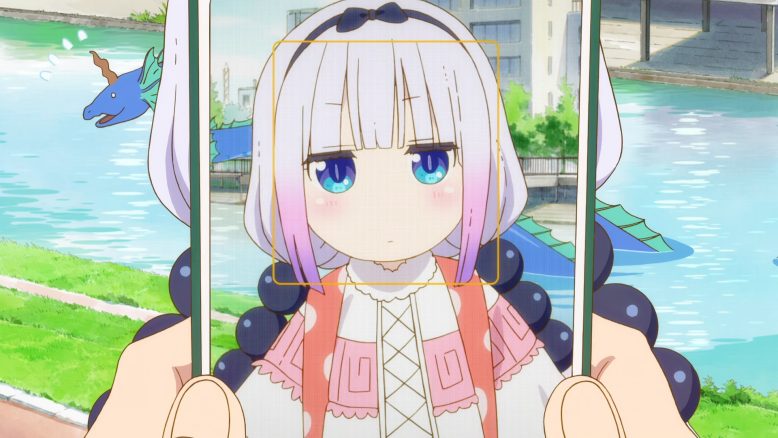 The battle vs cuteness

You know what to expect from Kanna and Saikawa at this stage. Still, it was nice to see Saikawa not just constantly losing her mind. They had some really cute moments in this episode. The hopping game was all the more amusing with Saikawa concluding she was fine because she was immortal. Those two don’t often get to engage in light battles since Saikawa is usually too busy swooning. So that was a refreshing moment. I get Kanna subtly expressing her concerns about how she and Saikawa might change. After all Saikawa’s entire lifespan is going to be a blip in Kanna’s overall life. Tohru may be preparing herself for those realities, but I’m not sure Kanna is there yet.

Of course the dragon that nearly blows the whole secret isn’t any of the agents of chaos…but freaking Elma! Going all Loch Ness on Japan right there! Good work by Kanna to both remind her of that and try to help keep things quiet. That itself was cute as Saikawa fought herself to chase the picture of Elma or get distracted by how cute Kanna is. In that sense it reminded me that Saikawa is still in the dark on all this. I know she’s young, but I’m surprised they haven’t revealed the truth to her. Honestly the only human so directly connected to the dragons that seems unaware of the truth is Taketo and he was just introduced so that’s hardly a surprise. 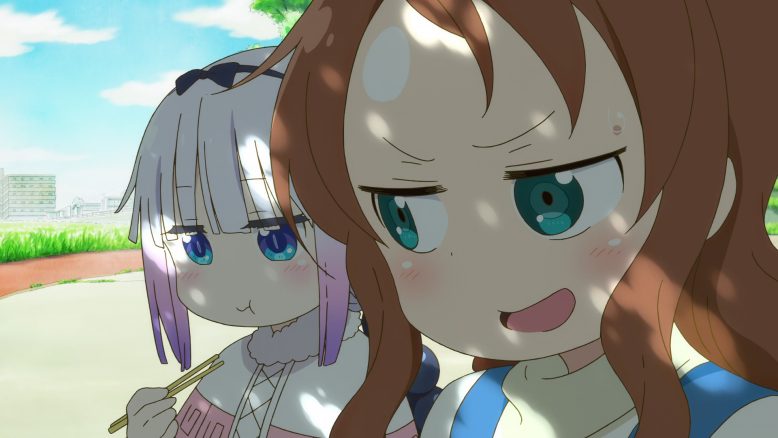 A lot of fun to be had in this episode. While I’ve really enjoyed the main story centered on Ilulu that doesn’t mean an episode like this is unwelcome. I’m glad to see how all these characters are doing and how their connections have evolved over time. Most of them got at least one serious conversation in the episode to cover fears, concerns, or thoughts on the future. The show is mostly just about comedy and having a good time. But it does make sure to fit more serious moments into the episodes. It is easier to enjoy the comedy when you care about the characters involved in it.