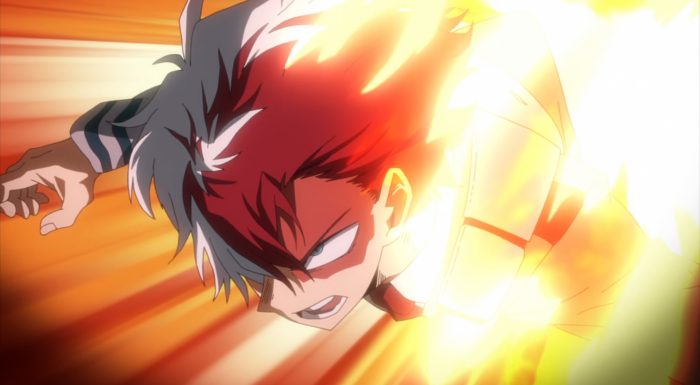 This is certainly better than what I feared this episode might be. They actually took some time and let Endeavor make a smart and reasonable decision. Honestly, I would consider this the actual start of his redemption arc. All the stuff before was nice, but it was all rather self-serving. Fuyumi would take anything because that girl is desperately starved for familial connections. But for the rest it was uncomfortably forcing things. Even if Endeavor himself realized how utterly terrible he was, that didn’t change what he did and the damage left behind. Trying to be more fatherly at that stage was on some level for their sakes, but also for his own. It was simply a step to gain something rather than a sacrifice being made on his part. The only thing he was sacrificing at that stage was being a terrible person. 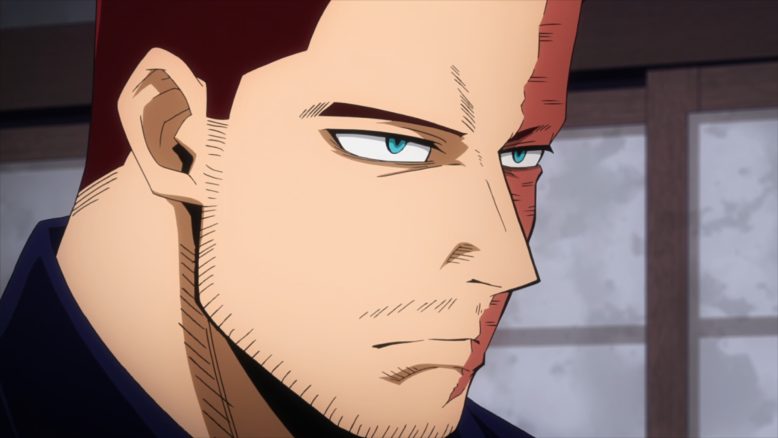 What we got here was far more substantial. Endeavor finally realized what he needed to do. The importance of that dream wasn’t for him to keep pushing to gain that beautiful sight and sit there to enjoy it. The reality is that this sight can only really happen once he’s stepped out of the frame and let things unfold. Certainly they are pushing for a lot of forgiveness his way. Fuyumi will forgive anything for family bonds. Hard to say where Rei is at since she’s still recovering psychologically and is still in a mental hospital. She may be leaving soon, but she hasn’t yet. Shoto is heading down that way, but he’s not there. And I’m honestly glad to see that Natsuo is really not there yet. It’s just not the right idea to throw them in the same place together and try to force it.

Giving that bunch a new place to live and a chance to start fresh with his presence removed is the best idea possible. All the more so since that house has next to no happy memories for anyone in that family. Might be best to not have Rei walking around the kitchen where she burned her son’s face or for Shoto to hang out in the training area where his father beat him. It is the better choice for Endeavor to stay behind and focus on atonement. He’s got a long road to walk and doing so with a certain distance from his family is the best option. Because there is no need to force characters like Natsuo to drop their anger. If they are going to change and grow it has to be on their own terms at their own pace. I’m glad the story at least understands that. 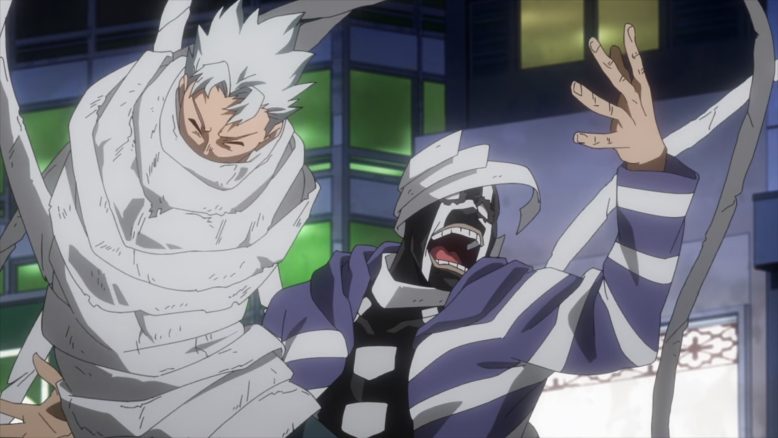 Wow…this guy was something

I suppose it makes sense that Endeavor’s messed up state would actually create crazy followers and problems. For someone as deranged and suicidal as that villain he could have reasonably expected Endeavor to actually kill him. Endeavor was just that angry of a person after all. I suppose it shows how important surpassing All Might was to him though. He couldn’t do anything that would actually cost him his position as a hero. Surpassing All Might made remaining a hero an absolute requirement. In a sense it is very similar to Bakugo. They may appear really suited to being villains at a glance. But their very goals require them to be heroes no matter how messed up their personalities are.

That this guy went this far just to try and get Endeavor to kill him is certainly a terrifying thing. This guy’s very core didn’t care about his life. Of course the issue was who would kill him. Otherwise he could have just killed himself and been done with it. It just wasn’t going to happen though. Well not easily anyways. I suppose if he actually killed Endeavor’s family he might have pissed him off enough to get what he wanted. In that sense I’d say his plan was utterly demented. Holding Natsuo hostage was only effective at making Endeavor stumble a bit. It makes sense though. Just because you admire something doesn’t mean you actually understand it. 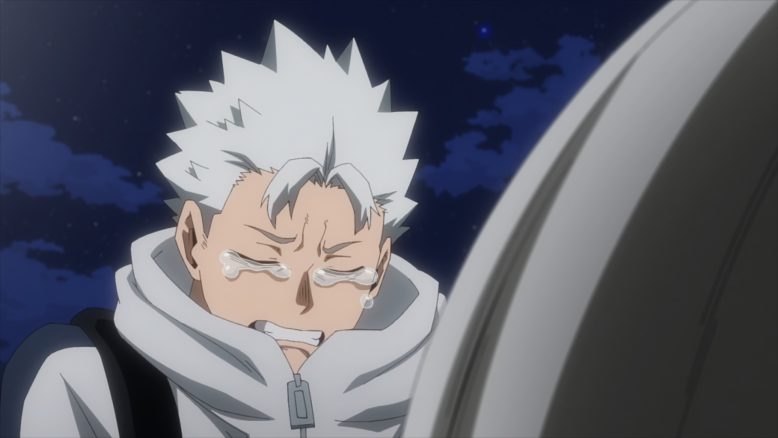 Thankfully they didn’t force it

It did make me a bit worried that they were going to force Natsuo to just forgive his father on the spot in this episode. That would have truly been forced. Even if they keep on the track of “you are kind so you are in the process preparing to forgive” at least they didn’t actually follow through with it in this episode. Because the victims probably shouldn’t be in a hurry to themselves change in this situation. That Endeavor changed is a good thing. He should keep being a better person. But that is something that changed within him. The changes in others are something that need to come from them. And it’s fine if they get there someday. But I don’t know if that should honestly come before Shoto and company graduate. They are still first years. Not that much time has actually passed in this series.

One nice detail is that Natsuo really was doing his best. He could have blown off Fuyumi’s invitation. Whether it was friends or a girlfriend he had other plans that he shelved for that family visit. He didn’t want to break his sister’s heart even if he didn’t remotely want to be there. It’s an awkward thing. The reality of how far away they are as a family is brought home by Natsuo’s reactions. But it would be even harder hit if he didn’t show up at all. At least his presence gives her some hope. 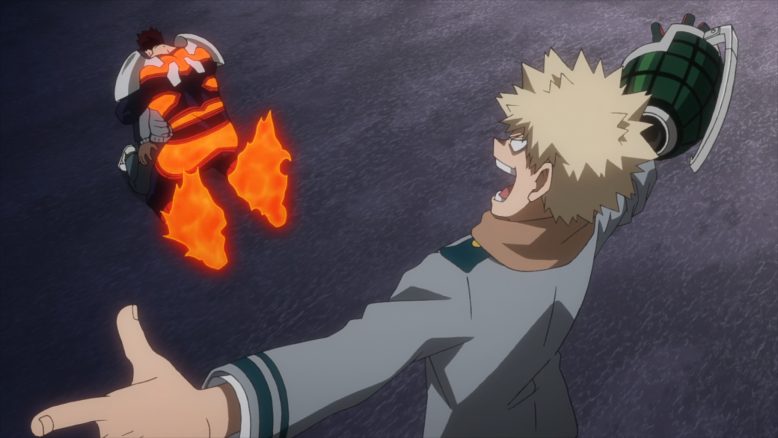 I don’t know if I enjoyed this episode because it was great or because it was just better than expected. But I’m glad to see it ended in a way that felt appropriate and worthwhile. Nothing short of this moment really made me think that his redemption arc had actually begun or was even really going to happen. But this set a lot of things up and could pay them off well if the story chooses to go there. No idea if it will, but this was better than it could have been. It even fit in a bit of success for Shoto, Deku, and Bakugo. Those three getting to do their best and make up for Endeavor freezing up. Even if it required something that extreme happening it did show that they were ready to step up when needed. Hopefully the next episode is also solid.