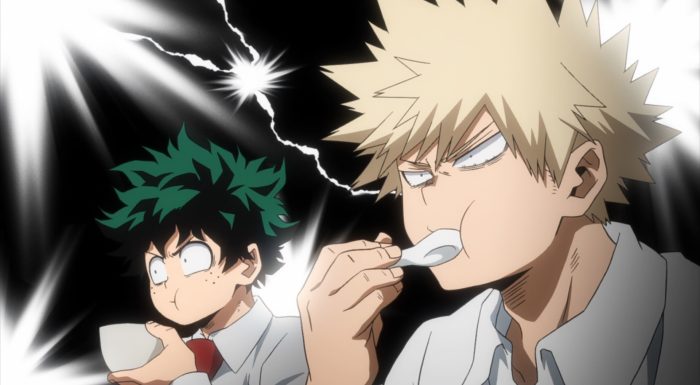 So we’re right back to the drama of the Todoroki clan. Oh boy. I do think it is fine to give Endeavor some kind of redemption arc. People that do horrible things and change can have a path forward. The only other choice is to kill or permanently imprison everyone who ever did a bad thing. That’s not to say I like Endeavor or like how his redemption arc has been handled. But he can certainly have one. Absolutely fine for that to be the case. So in that sense it is alright for this episode to dive right into that. I’m just keeping my fingers crossed that this isn’t going to make me shake my head and groan by the end of it. 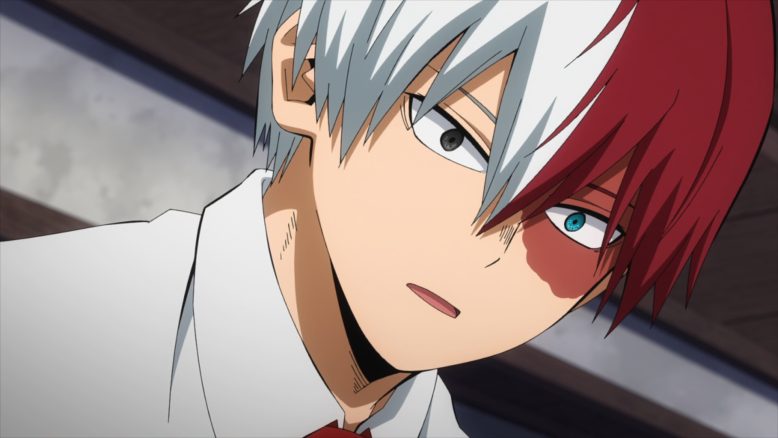 Might as well just go straight to the area of concern. How fast are we seriously giving Endeavor full familial forgiveness here? The man spent years making the lives of those around him hell. I don’t think it’s too much to ask that it take more than couple months to gain the forgiveness of his family. It is arguable that he shouldn’t ever gain complete forgiveness from everyone. And in that sense it all rests on Natsuo. I’m sorry to say that his mainlining anger with his father is important, but it really is. Someone has to keep Endeavor on his toes and show that you can’t fix everything.

Shoto is already destined for a forgiveness route. Deku is basically speaking the word of the creator in this case. I don’t actually think Shoto is such a kind person that he can’t help but forgive his father. Pretty sure he maintained intense rage for years towards his dad without being at any risk of losing that. He wasn’t so kind that he couldn’t maintain that. But obviously we’re heading that way. The only question is when it is coming. A few episodes from now? Next season? Or the next dang episode? It could absolutely come the next episode. And it is fine if Shoto can overcome years of abuse. That’s good on him to not get weighed down. But honestly I was happy with this being a long term issue. Something like this is difficult, sensitive, and should take time. 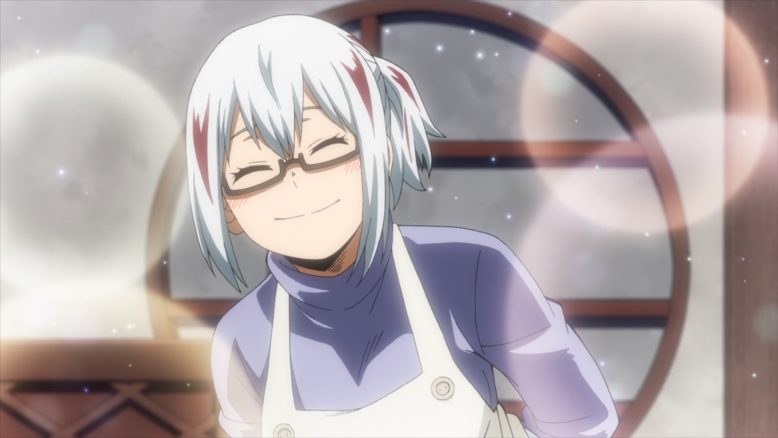 Honestly in a way I see Fuyumi as a very sad individual. She’s been so starved of love her whole life that she’s desperate for this family to be brought together. I can’t even say brought back together since they were never really a family. Their very existence was only because Endeavor was trying to breed someone that could surpass All Might for him. So I can totally get her being desperate to make this happen. The second that Endeavor went from terror of the family to someone trying to reach out it was her chance and she’s been all over it. She says there are times she feels like Natsuo, but I kind of doubt it. Plus, unless she thinks this is just a temporary phase for Endeavor there is no rush to force this. Forcing Shoto and Natsuo with Endeavor is only going to make it worse. 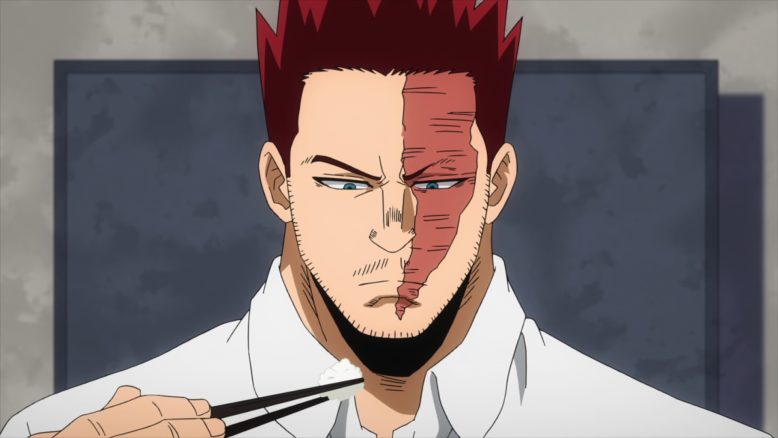 I’m unlikely to ever like Endeavor. Which again is a shame since he’s got an awesome quirk. But, I can at least respect his situation. At least he recognizes that the scene he sees in his dream is something that has never been and may never be. And certainly his place in that setting is questionable considering his role in making the lives of his family at best difficult and at worst nightmares. But at least he’s realizing that it isn’t that simple as him changing and that’s it. The members of that family are people themselves and their own feelings matter. He can certainly take the gains like with Fuyumi as they come. But he can’t force his change of heart on them. All he can do is continue making the most of what he can do and letting things play out as they will. 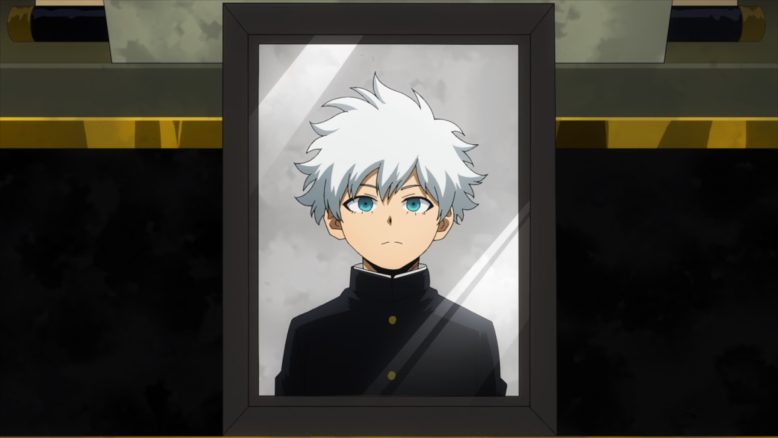 Also, is the identity of Toya supposed to be a secret? Are we supposed to believe this guy is anyone besides Dabi? I suppose it is possible that Toya is really dead. But it seems really likely that it is just Dabi. At least that would make having Endeavor remain the #1 hero without his past ever coming to the public light interesting. While that technically would allow a family member who never would forgive Endeavor to exist, I’m still helping they keep Natsuo in that spot since it’s better than just making a villain…the bad guy here. 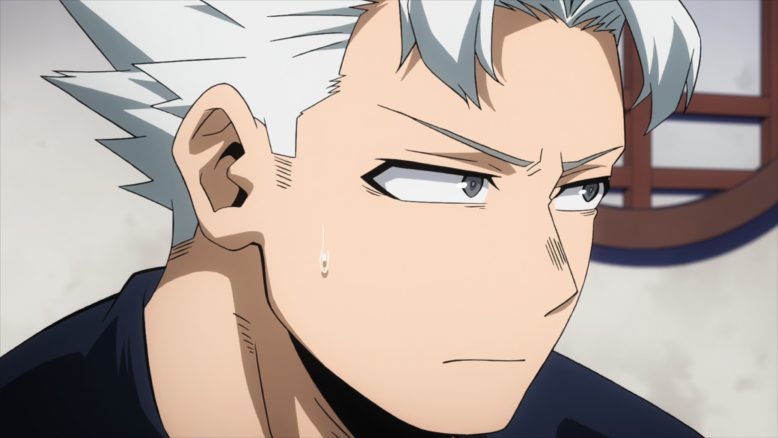 This episode was fine. I do think they are handling things pretty well with the Todoroki family. And it certainly is way more engaging than the nonsense we got with the Class A vs Class B showdowns. At least this matters and is developing the cast. I am worried they are going to force the forgiveness for Endeavor and make it way too easy on the guy. But I’m not going to take it to the show for something they haven’t done yet. Let’s see where this goes and how they handle it. I’m not against Endeavor getting some redemption. But it is going to have to be really good.