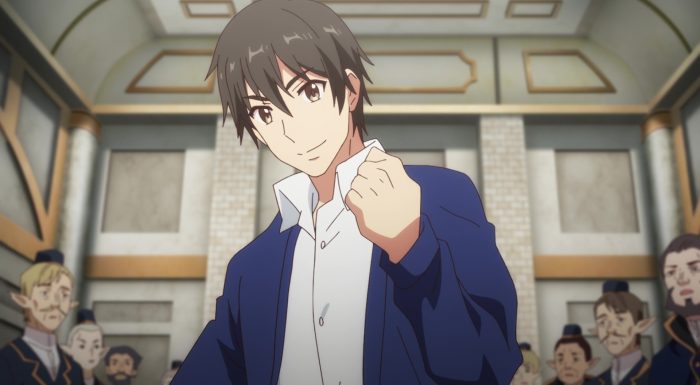 Its takes something unique and special to not only get me out from under my proverbial rock, but to get me to actually write something about it as well. Genjitsu Shugi Yuusha no Oukoku Saikenki is another isekai adaptation of a too long titled light novel, so lets just get that out of the way first. This show being what it is, is going to have the majority of people make a hasty exit upon just hearing that fact. And I get it, I do. The Isekai genre is almost a malignancy at this point, infecting Anime at a speed that can safely be considered unhealthy. Having said that, acknowledged it and admitted that this show is probably not for most people, I will say that I like it and I like what its trying to do.

Before I get into that (and trust me I will in a second), I think its worth noting where I’m coming from. If you’ve been following this website for the last few months, you’ll notice that I put up ONE piece of writing in the entire last season. To call the season a wash for me, was a bit of an understatement. Beyond the regularly airing Kingdom and a few left overs, I was pretty much watching the least amount of anime I’ve ever seen. That had a lot to do with Netflix taking the most interesting shows of the season and delaying them in western shores, but it also had to do with the fact that Anime was now reaching another valley after the huge peak it got in the Winter season earlier this year.

Now it seems like we’re heading back into a more normalized schedule, and while there’s quite a few things that I’m curious about, I will flat out admit that this show was not one that was even on my radar. Browsing through Funimation earlier tonight, I was looking for something low investment to just watch as I had a late dinner, and lo and behold, this show and its premise came my way. And I will say this, this show’s premise is a clever one. Have a hero that’s into running a country through governance and you have a nice little twist of the already saturated Isekai genre. 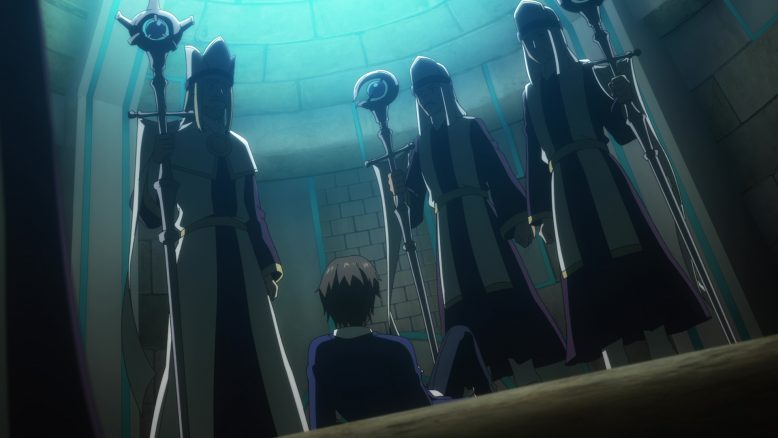 We’ll be getting the Dungeon of Black Company later this season as well, and that too will follow the same idea from a rather different angle, but I like how kind of inoffensive, vanilla and calming Genjitsu Shuugi Yuusha is (yeah, I can’t keep saying that long as heck name). Its simple, its got a pretty generic looking Isekai protag, and a bunch of girls that are obviously going to form a harem around him. It looks generic to the n-th degree, but then there’s just this charm and wit to the show that just seems to make quite appealing in spite of all of that. Its a show that really knows what it is, which is a derivative looking little twist on a VERY established genre. Rather than take itself too seriously, or aim for the moon, the people behind this story are just… Having fun.

Not only do I love that, but I’ve squarely missed shows that hit this particular little space correctly. We always want the really impressive exciting shows to keep us invested every week, but a proper and balanced diet will also have some lighter stuff to supplement the heavier, meatier stuff. Genjitsu Shuugi Yuusha is the salad that you have regularly to make sure you don’t gain too many extra pounds each week. You won’t think about this salad, but if you’re lucky, it’ll feel refreshing and fill you up a bit so that you don’t gorge yourself on the other stuff and run out of it too fast.

To that end, I’d say what I love about this show is its mildly amusing humor and likable characters. The king and the queen just, steal the show in this opening episode, and really, make for a wonderful little relaxing fantasy show. In no realistic world would an incompetent but noble king exist, let alone one that’s both a bit timid and has a sense of responsibility. Yet, fiction is there to give us scenarios that we can’t ever find realistically, so having a King that abdicates the throne in service of his country and gives control of it the “hero” he just summoned after a three day conference, is well, fun to see. 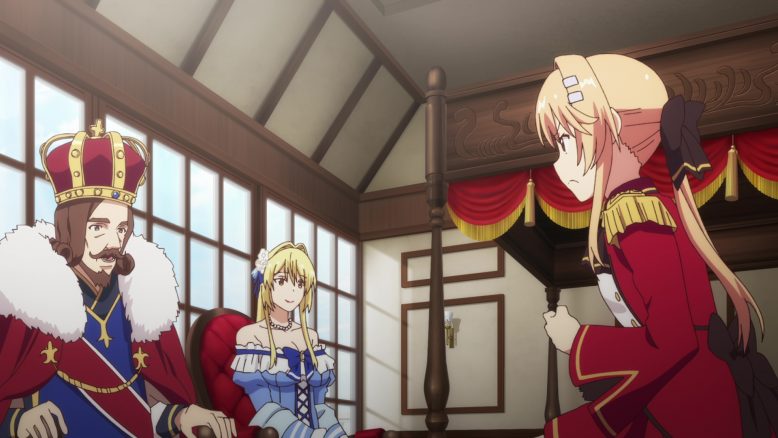 Its equally fun, of course, to see how a “Hero” in Souma, is actually going to go about solving problems in a fantasy world using finance, economics, foreign policy, and just general policy making. Taking everything that a university student would’ve learned in our world, and pasting that into a fantasy world that’s more or less in a version of the middle ages, is a pretty interesting and neat idea.

There’s a version of this story that could very much be a game of thrones esque take on this, and I’m sure we’ll see that some day down the line. For now, however, I’m pretty much okay with this naive, wish fulfillment styled take where we have a diligent Japanese University student trying to run a fantasy kingdom using his smarts and brains.

And for what its worth, Souma is a pretty decent serviceable protagonist. Sure he’s a Gary Stu, with very few faults, but he’s got some nice foils in all the other characters around him, to make him stand out and be interesting. Having that little conversation with the princess he’s suddenly engaged to, near the end of the episode, is a good template for how I imagine this series will play out. Souma will continue to adopt fairly basic but sensible policies, and all the characters around him will marvel at the genius of what seems to be pretty rudimentary and simple to us. 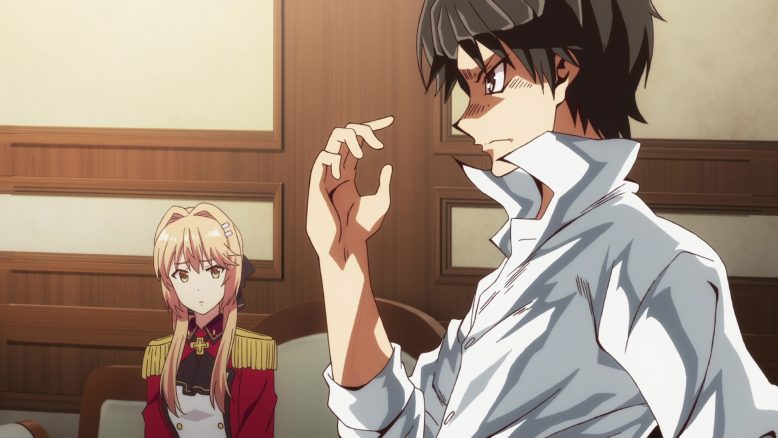 For me, this really is something that I can see myself watching and enjoying every week. Its not going to set the world on fire, but I will say that if you’re still open to unique Isekai shows, then I recommend you take a look at this one. It may not be the most impressive show this season, nor may it be a show that I’ll likely fully blog, but I think it deserved a little shout out in a season where its bound to get buried.