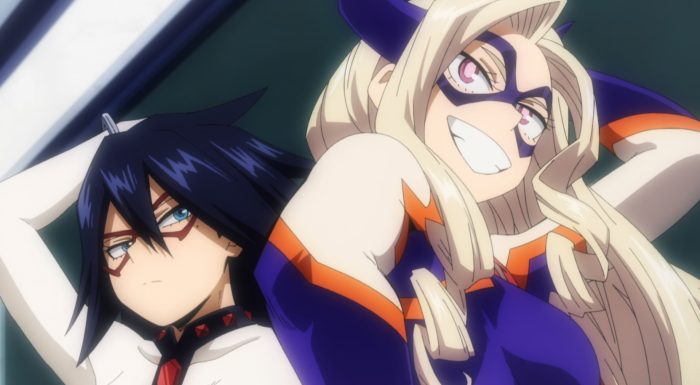 The story continues to slowly move forward. Which is definitely a major improvement from the previous month where nothing much happened. Fair enough that these characters do need some media practice. They are in a career where they live in the public eye and need to be able to handle interviews. Once again Bakugo does seem set to become the Endeavor of their generation. A guy who is really good at what he does, but is horrible when it comes to interacting with others. Everyone is trying to help guide Bakugo forward, but it isn’t easy. Of course Deku is equally bad in different ways. He freezes up completely during his mock interview and only managed to start talking in order to babble crazily. Not looking goof for the long term #1 hero there. 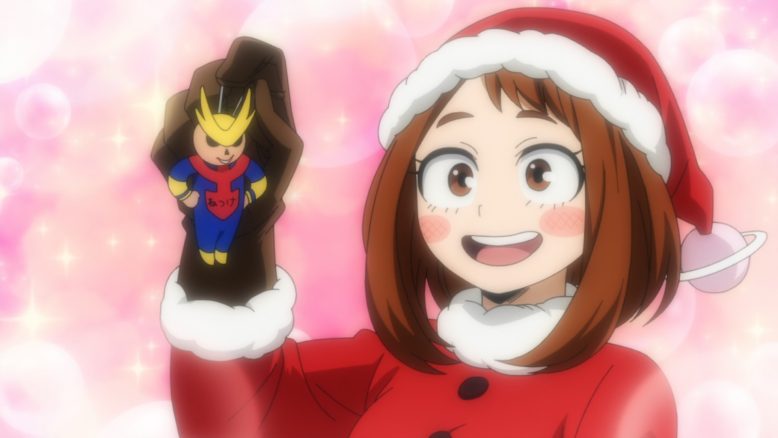 It is interesting having an episode that takes place during Christmas without it turning into a Christmas episode. Events just happened to unfold during the Christmas season. Holidays like that have to happen in the series because there is a clear passage of time during the school year. Not sure I’m happy they didn’t try to turn it into a full blown Christmas episode or not. Probably for the best considering we’re in June…We ended up covering our bases anyways with Eri mixing together half a dozen holidays during her portion of the episode. 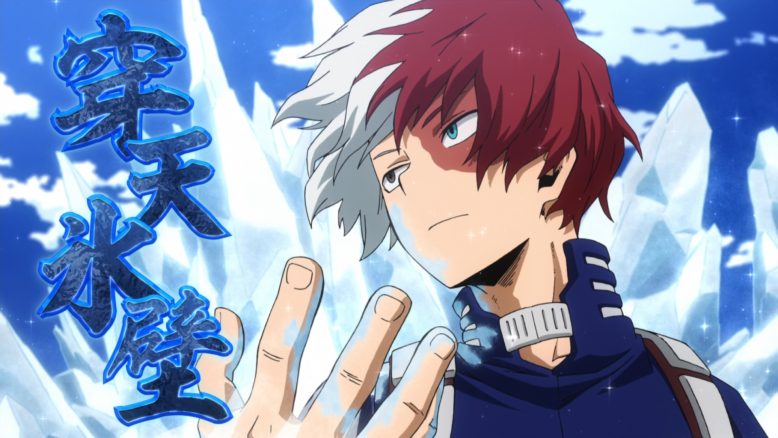 I did appreciate the focus being more on the intern situation. After all it is an interesting one on multiple levels. The biggest thing is the reveal that Best Jeanist is missing. That’s not exactly a minor thing. I know Bakugo was seen looking at what appeared to be an article, but that can’t be public information right? Otherwise it would be rather dumb to ask if he’s going back to him for an internship. Not to say everyone is news savy, but that’s one of the top heroes period. Someone like that going missing is a crisis in and of itself.

On the other side of it I like Todoroki making that offer to his friends. Well at least friend in Deku, it’s debatable when you are dealing with Bakugo. Of course it’s an awesome offer no matter how you look at it. The story can only progress so far if they are going to regular heroes in the first place. Plus is reflects how comfortable Todoroki is becoming. That he can think about what those two need at a time like this. He’s long been at peace with the idea of how capable Endeavor is as a hero. So it isn’t lost on him how valuable an experience this could be. 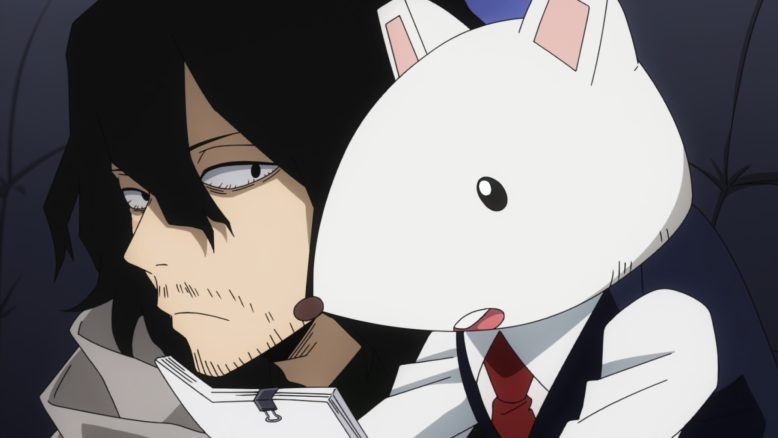 I suppose there are good and bad ways to call it. Aizawa can be right in that the pros are being pulled forward by Endeavor. Of course you could also say they are being forced into being more professional due to necessity. The difference between having a #1 that even the pros consider a hero well above their level and a #1 hero that is basically on their level. They don’t have the safety net of All Might anymore. Mt. Lady could focus on being a camera hog because in the back of her mind she knew that if something went wrong they could always call on All Might to save the day. While Endeavor is good at what he does, no one is going to mistake him for All Might.

Everyone has to step up or they aren’t going to survive. That isn’t to say that Endeavor isn’t doing a good job. If he wasn’t setting a good public example then things would devolve into chaos. Which again is a really concerning situation for that setting since their present #1 has colossal skeletons in his closet. Thankfully the villains have a really basic understanding of media warfare. And apparently don’t dig into the backgrounds of their enemies. I don’t want to sound like I’m asking for the villains to create chaos due to dragging out Endeavor’s spousal abuse into the public eye…but come on it is begging to be used against him! 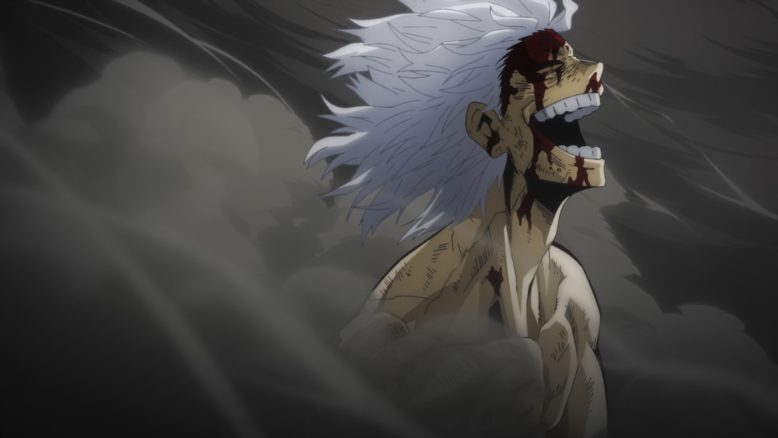 Honestly there isn’t much else to say about this one. There is the mystery about what is going on behind the push to get the students back out for work studies. Well besides the author needing the cast out in the middle of the action so the plot can happen XD. Besides that we have that weird intro part of the episode and I’m not sure what to make of that. I guess…our main antagonist is going to get more powerful? Well good for Tomura I guess. If he’s going to match up against what Deku and company will become then he’ll need to be a terrifying threat. I’d like to say a lot more about the episode, but that really is about it.