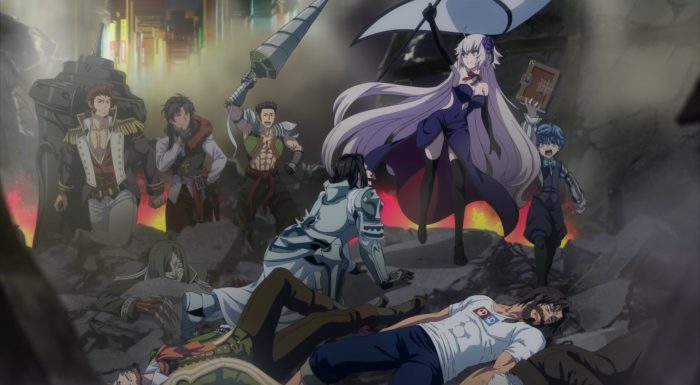 There are some things that are completely made for the fans and as a viewer you wouldn’t have it any other way. Fate/Grand Carnival is absolutely one of those things. It could only work for people completely familiar with the Fate/Grand Order mobile game, but because of that it works spectacularly well. The only issue is that it is taking place with characters that still haven’t made it to the western version of the game, but that’s a pretty minor. All the more so because the story focuses mostly on characters like Nero, Jeanne Alter, Artoria, Mash, Gudako, etc. So it isn’t as if people who play the North American side of the game are suffering that much outside of a few seasonal alternates like Summer Meltlilith. At least from my point of view this was an absolute ride of fun from start to finish. 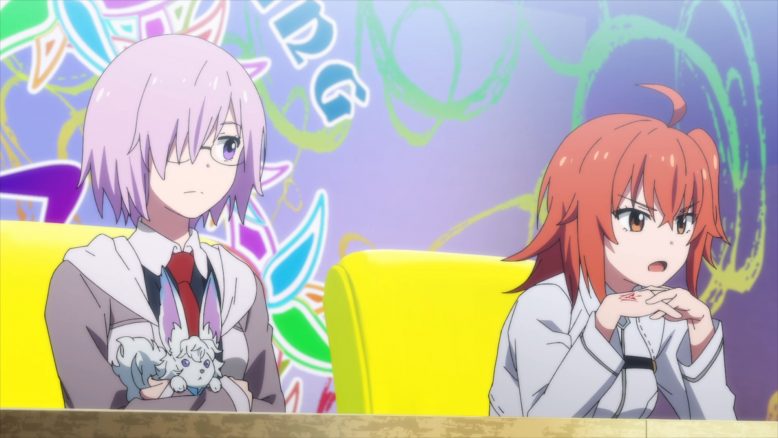 The first part was high octane insanity from start to finish. But I’ll give a particular nod that they decided to focus on the female Ritsuka for this. While I’m sure many aren’t happy that the serious stories go to the male version and the craziness goes to the female version of the character, at least they both get their areas to shine. Ritsuka was outstanding in the moments they cut to her in the episode. Especially because of her intense attachment to her grailed Red Hare. She wasn’t letting anyone get rid of him for the sake of saving resources! It also pretty fitting that she had little interest in the female swimsuit segment.

Points go to Mash as well for handling the role of the comedic straight man to all this. Whether it was the situation turning into a full blown war or her Master’s questionable actions she wasn’t lacking for something to say. At least she had Fou…and Artemis to back her up when things got a bit too much for her to handle. 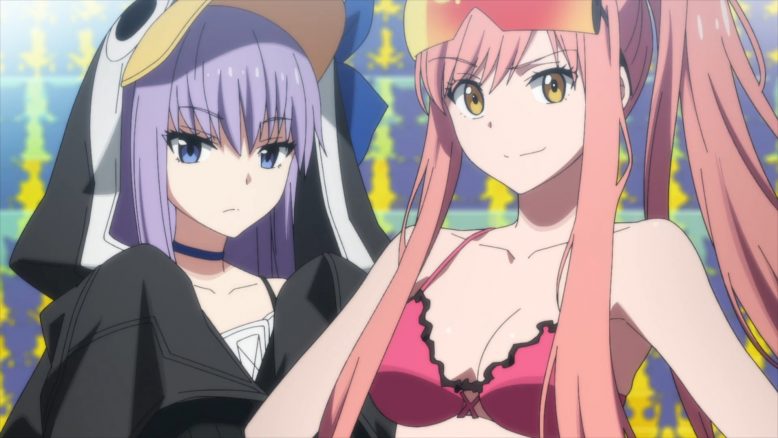 Stars in their own right

It’d be easy to spend this whole time talking about all the nice little moments in this first part. I definitely appreciated even limited screen time for characters like Meltlilith. Someone who I can’t imagine will get an appearance in a full blown Fate anime unless they do something truly awesome like a Fate CCC adaptation (be it the Extra game or even just the FGO event). One of the best kinds of fanservice is this nod for the fans. Fanservice can get a bad reputation when it is all about the usual kind. But fanservice can be great for feel good moments like that.

Other great moments involved characters like the Knights of the Round Table. No comment on what happened later with Lancelot (curse you to the abyss Moriarty). For the other characters there was a lot of fun though. Gawain getting smoked in his match due to fighting indoors only to survive at the end of the Olympic hilarity thanks to being out in the sun. The teams for that cavalry battle were absolutely fitting and I only wish we could have gotten more time spent on that event since there was potential for some excellent banter. 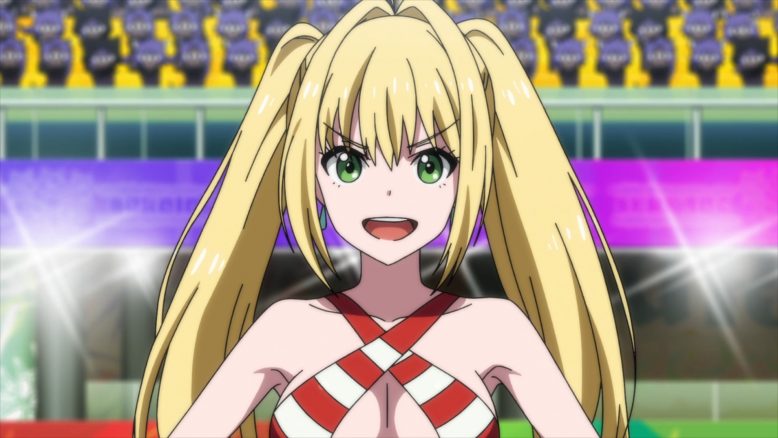 One major player in this Carnival was absolutely Nero. Because of course she was the one who turned the premise of Chaldea resource shortage into a full blown Olympics-style event to determine who stays and goes. I’m sure anyone who isn’t a fan didn’t like how much screen time she got. But since I like the character it was fun seeing so many good moments for her. We got some time with her Summer version picking fights with Summer Ishtar and a bit with Carmilla.

Then she revived later in the skit thanks to her original Saber’s ‘thrice-setting sun’ skill so she could take part in the cavalry battle. It makes total sense that her ride in that event was Elizabeth and the two Mecha-Eli-chans (have to see the event to get how that makes sense). Of course Elizabeth is effectively her only friend so she got roped into something she had no interest in. But it was nice that Elizabeth got a chance to shine. She’s another character I’m not sure we’ll see get a major role in a FGO anime outside of this. Her main game appearances are in CCC and the early stories of FGO that aren’t as well regarded as what came later. So at least she got a chance to show off her personality. 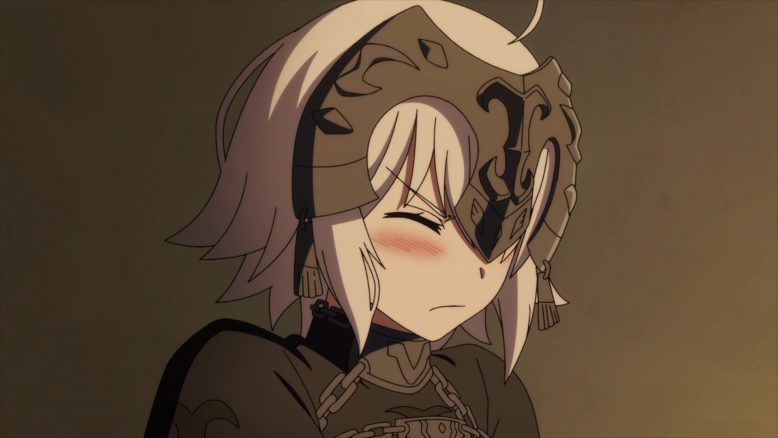 Without a doubt the star of the second half was Jeanne Alter. Now there’s another character that you really need to play the game to understand. There was of course original Jeanne’s appearance in Apocrypha, but Jalter is entirely an FGO creation. Although I think there is some hope if they continue making FGO anime since some stories she appeared in are pretty good and could get an anime of some sort. But at least she got a major staring role in this OVA series.

Jalter was extremely cute and likable here. A tsundere type that really struggled when it came to kissing up to those with the cash she was needing. Not a pure innocent like Artoria Lily, calculating like Medb, or packing the skills like Helena or Tamamo (another character that really deserves more anime screentime). The good moments were sprinkled throughout like original Jeanne watching over her at the end, getting hugged by the younger servants and nuking Saber Gilles with her noble phantasm. Of course despite her gruff exterior her motive was so darn adorable. I couldn’t help but smile at the end. All she wanted was enough cash to buy Christmas presents for some of the younger servants. Those servants including the younger version of herself…who is also a version of Santa Clause. Thank you FGO for your bizarre existence! 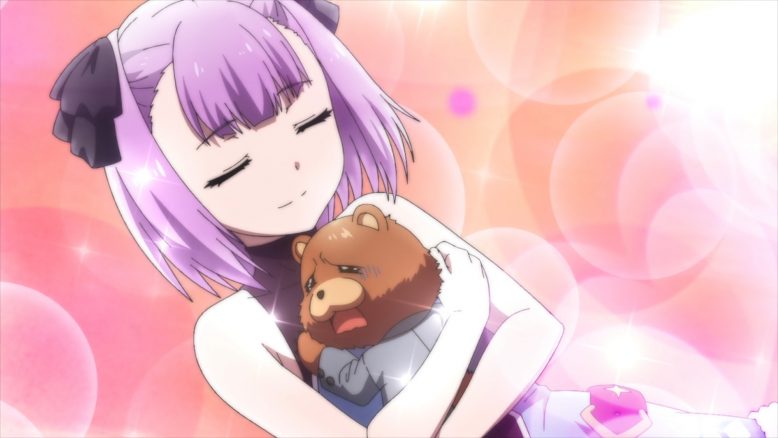 This OVA was only 30 minutes, but it was packed with quality. They weren’t busting out the same visual spectacle that you’d get from say the Babylonia anime, but that’s fine. Something silly like this just needed a certain level of quality and they hit hat mark. I just hope that this gets picked up by something a bit official so more people can check it out. Grand Carnival was a total win. It managed to mix together hilarious elements while also having a very touching Christmas scene near the end. It is definitely worth watching for those who have played the game even for a while. Although I can’t imagine it would have any appeal for those unfamiliar.