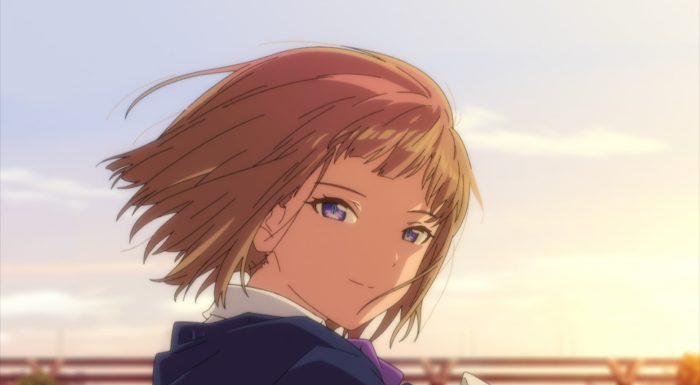 This show really never lets me down. It was expected that things were going to ramp up heading into the final episodes. But I didn’t expect that we’d really dive into the pasts and traumas of the main cast. This kaiju was certainly the greatest threat yet. This isn’t on the scale of destroying a few buildings. That thing was going to just clear the entire map. I suppose it could be argued to be less violent since it was apparently storing everything inside of itself. But who knows what would have happened once it had absorbed absolutely everything and everyone. At the very least this kaiju really let us appreciate where these characters have been and how far they’ve come. 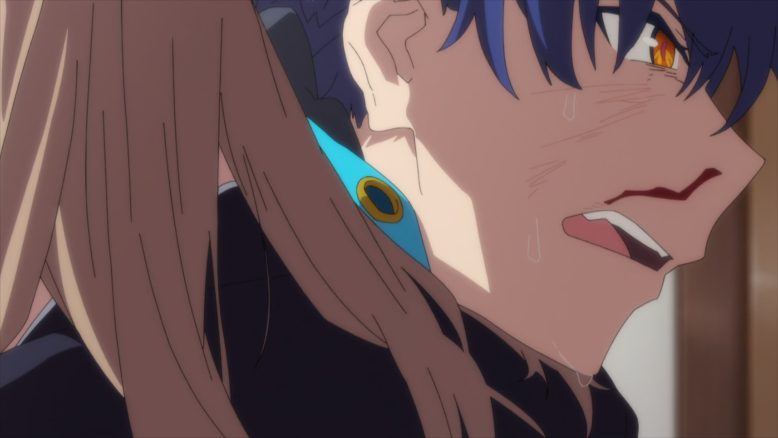 Obviously the main hero role of this episode goes to Yomogi. He was the only person that really just broke free of his past and was able to seek out the others. And in a few ways that makes sense. Yomogi’s issue was strongest in the opening episodes. But as he’s grown closer to the team and closer to Yume, he’s started to focus on other things. I wouldn’t say that he’s necessarily fine with that relationship. But at the very least Yomogi recognizes that he has other priorities.

The most important priority of course for Yomogi is Yume. While everyone else had their units falling apart within that kaiju, Dyna Soldier was perfectly fine. It’s pretty simple to say the power of love saved the day, but it sort of did. Yomogi has been absolutely onboard with Yume’s investigation. He was literally smashing himself into a wall (see Higurashi this can be done well) in order to reach her. I don’t want to judge Kano’s boyfriend too hard, but this is the difference between them. Yomogi couldn’t stand the idea of Yume being sad and did everything he could. Right to the point of busting into her space and getting her to chase down her sister. It isn’t remotely lost that Yume snapped to attention quickly and was extremely worried about him. That ship is in great shape and ready to set sail. 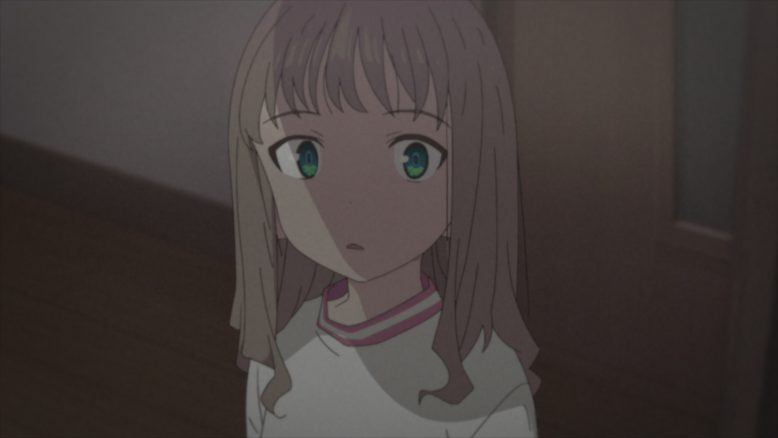 The other star of this episode would have to be Yume. This episode was all about tackling her past and how she feels about the future. I don’t know if they were really going into the past or just exploring memories. The conversations varied to such a degree that I just don’t know. Kano still moved after Yume returned to her reality so maybe it was an alternative past? But what matters is that Yume got to speak with her sister and really clear the air. It is no wonder of course that Yume got trapped in her past. So many episodes have been about digging into her past that once she was really there…she lost track of the present. Only thanks to an awesome assist could she even stand back up at all.

Yet there was a lot of mystery in all this. Did Kano really fall by accident? Or was she startled by her sister appearing that she lost her nerve to kill herself? I don’t know. Kano was struggling, was envious of Yume, and there’s no doubt she was pushing herself. Unable to try and rely on her boyfriend more and instead carrying her struggles herself. I don’t know what the truth is there and I’m not sure we’re ever supposed to be sure. The truth at the core of all this is that Yume loved her sister and was grieving over her loss. At least Yume can feel a bit better about it. Kano loved her and Yume can now be sure that she did love her sister as well. 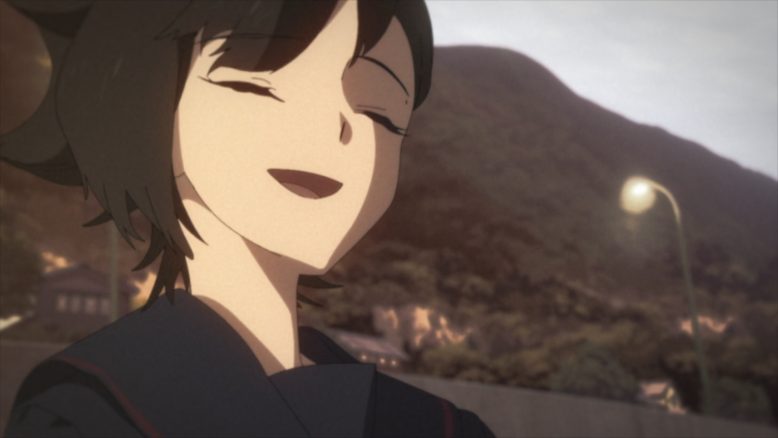 Koyomi was pretty straight forward in a sense. Out of anyone his past came down to a singular choice. Would he stick around this girl he was interested in or would he run away from an uncomfortable situation? If he wanted to change anything then all it took was one move. And in a sense I get why Koyomi was able to move on by the end. He’s been through a lot and has had to face the reality that the past is the past. He may have really liked this girl, but she’s married and out of reach. All he can do is follow through on what he learned through these past few episodes. That he shouldn’t run away next time. 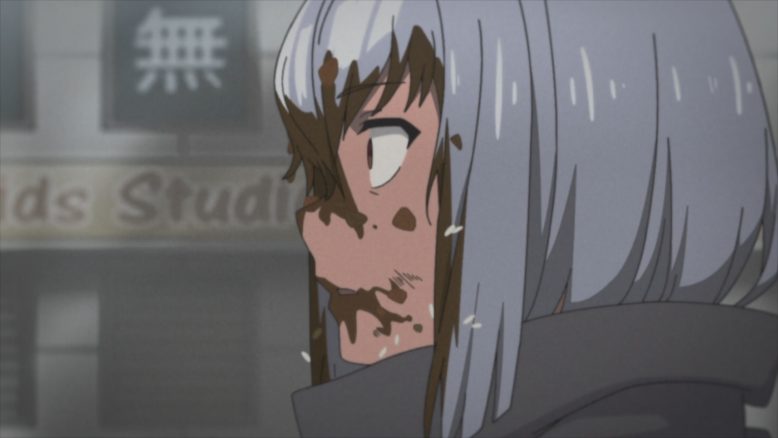 I found Gauma’s past rather interesting in a few ways. We didn’t get to see much from that Princess and I still think she’s a major factor in what is coming next. The same goes with Sizumu. He was technically around during those moments in the past. But we didn’t even get a line from him once the Eugenicists were taken by the kaiju themselves. I really wonder about how this will wrap up. Did this Princess give Dynazenon to Gauma because she supported the kaiju? Did she feel a catalyst like Dynazenon was necessary to make sure that the kaiju kept responding? I don’t know.

It was very much interesting to see Knight going to the past and momentarily resuming his life a Anti. Of course once Yomogi showed up he was immediately ready to go. It would have been nice to get a line or two from Akane, but oh well. I’m sure he managed to express himself well enough and was just happy to get back to reality and able to fight a real Kaiju again. 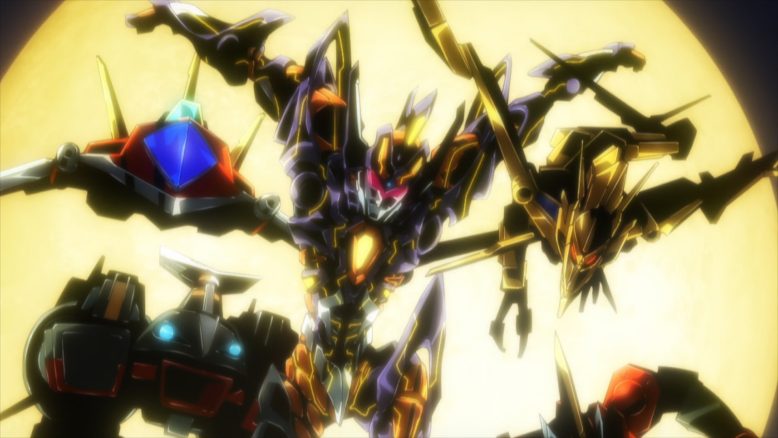 The battle itself was pretty simple, but that’s fine. This episode was all about the characters experiencing their journeys and we got plenty of that. I think this episode should be able to wrap up Yume’s main arc unless there is actually more going on with Kano’s death that expected. But unless that is the case we should be able to face ahead to the fights coming up. Presuming the Kaiju Eugenicists returned to reality like everyone else then things are about to pick up. Sizumu is likely to make his move soon and then we can get ready for some epic final moments in the series. This episode was dramatic, emotional and very darn good.