There’s no doubt that Lumachina is qualified to run the Church of that world. Divine intervention is all that can explain her having survived this long. There is the honorable and honest side of her. I understand why Diablo respects that and is drawn to it since he can’t interact with people without a fake persona. But there is being intensely naïve and reckless. I get why she doesn’t want to wipe out true believers and all that. But if they don’t stop Vishos then all these people are going to have their funds drained in the best case scenario. In the worst case they are probably all going to die. They don’t need to kill them to stop them. It was an utter lucky break that the lightning spell somehow convinced everyone to let them through. 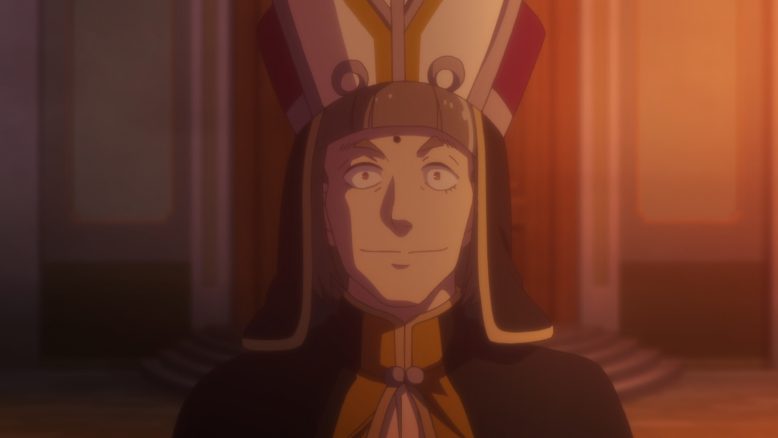 The end of the episode was kind of funny in a lot of ways. You have the followers turning into zombies and attacking the head of their church for one. Yes, they were told to do so by Vishos. I just find it funny that they instantly took his side in this disagreement. But that reaction only goes so far since it is mostly on Lumachina. She has literal evidence while Vishos had nothing and she outranks him. Yet he basically beat her with a “no, you” argument. He simply had more will to stand behind his words even though he was full of it. While Lumachina just broke down and cried when pressured. Not that I don’t get how tough a situation that is. But if she wants to do things the right way then she needs to be prepared to actually follow through.

Good thing Diablo pushed things as far as she’d let him. If that lightning blast hadn’t worked then he and his friends would have been attacked, captured, and probably killed. It really shouldn’t have had to come down to Diablo deciding to let himself get taken out due to Lumachina’s stubbornness or going against her rather ridiculous stance against any blood being spilled in the religious part of the capital. As if blood being spilled is ok anywhere else… If nothing else though it was amusing watching Horn just bail on all this. She went from fantasizing about being one of Diablo’s brides (wow she moves fast) to abandoning everyone because the followers got creepy around them. This was her breaking point? 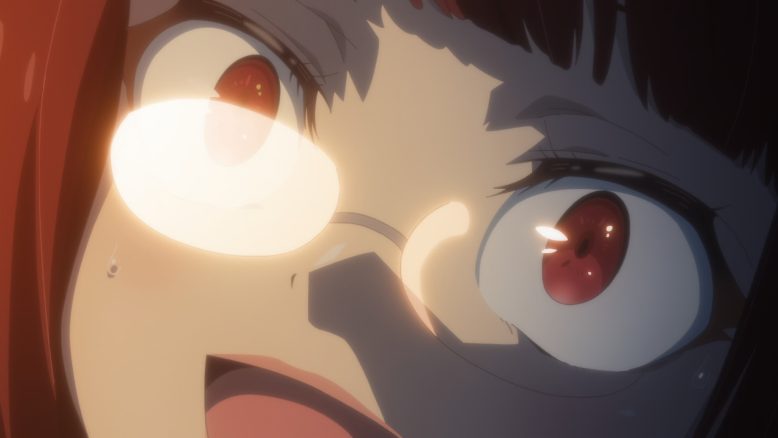 We got to see Alicia again. I still can’t call her one of my favorite characters, but at least she’s entertaining. In some ways I’m glad she’s regained her intense desire to see all ‘moral races’ purged from the planet. Might have been a bit too much if she went through a total redemption arc. I suppose you can say she has still changed. It isn’t likely that she’s just forgotten what she did to Rem and company. She just won’t target them specifically while still wishing for people to just be massacred. At the moment her wish seems to be to just get Diablo to do that. While crazy at least she isn’t a direct threat right now. I’d say it is handy to have someone rich on their side, but the main cast should also be rich now thanks to all the stuff in Diablo’s dungeon. 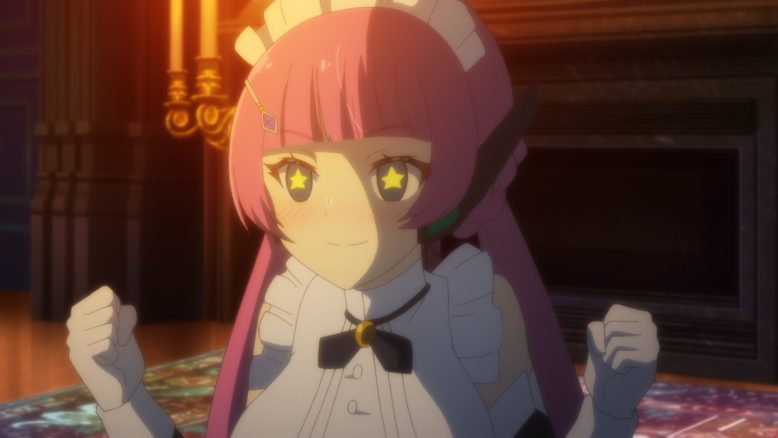 Besides the obvious extreme fanservice they did have some interesting bits of information being dropped. The collar is obviously going to be a thing that matters. I’m not 100% sold on Horn getting it since powering her up and tying her that directly to Diablo seems a bit extreme. But it’s certainly possible. With her running away the story seems set for her to show up, get the collar, and do something crazy. It isn’t as if the collar’s downsides even matter. Diablo is the main character and one of the most powerful individuals in that world. He’s not dying that easily. That being said he did nearly die in this season. But I’m sure his new gear is just as suited to keep him alive as his old stuff. So she might as well take that powerup and run with it.

The only other issue is Rose. While obviously Diablo can continue…charging her up I wonder if she’ll stay with the team long term. It might be easier and simpler to have her hold the fort in the dungeon. I know that has issues with her getting lonely. But if she can’t travel without a super charge then I can’t see her being a permanent party member. Diablo has a tough time handling women on any level. I’m not sure this kind of extreme interaction is something he can do daily or even once in a while. 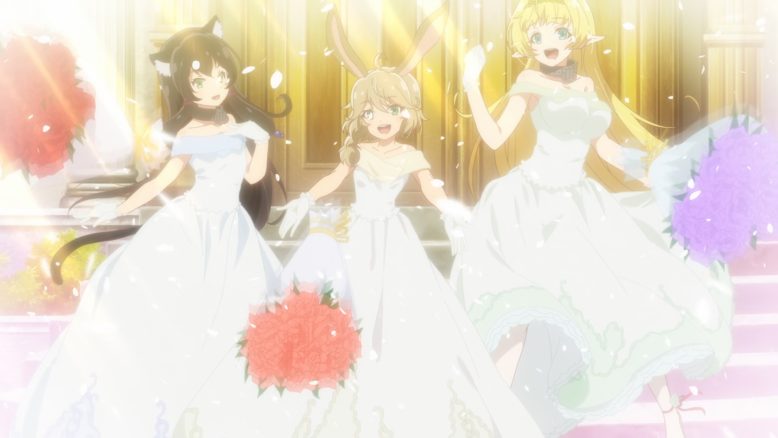 The episode wasn’t anything amazing. It got a bit silly at the end and I would have liked a stronger moment from Lumachina. But at least we are set for the last couple episodes of this season. I hope the conflict with the church can be amazing and not a relatively simple and easy victory like the previous battle against the Demon Lord’s army was. But there’s no way to know until it happens. Overall I’d say the season has been a good one. But ending on a strong note is absolutely important.