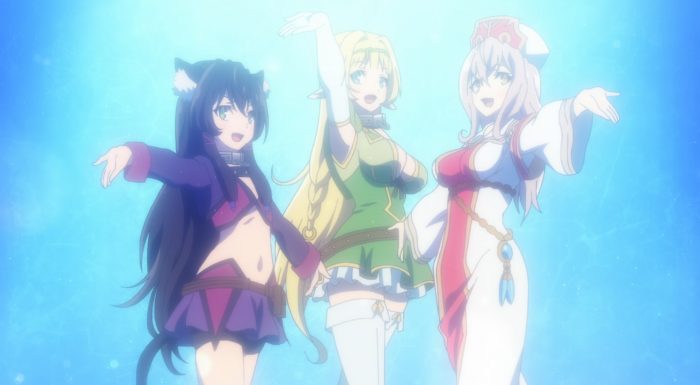 This was a lighter episode even with the threat to Lumachina being present. And that makes sense considering the previous episode involved a very tricky battle to the death. This time we got a bit more silliness and communication failure on the part of Diablo. It just wasn’t as easy to handle things with Rem and Shera. I’m not sure if this will be a one-off joke for laughs or if they’ll really have to reach a kind of breakthrough when it comes to communication. I’d love for it to be the latter, but I could see it being the former in all honesty. 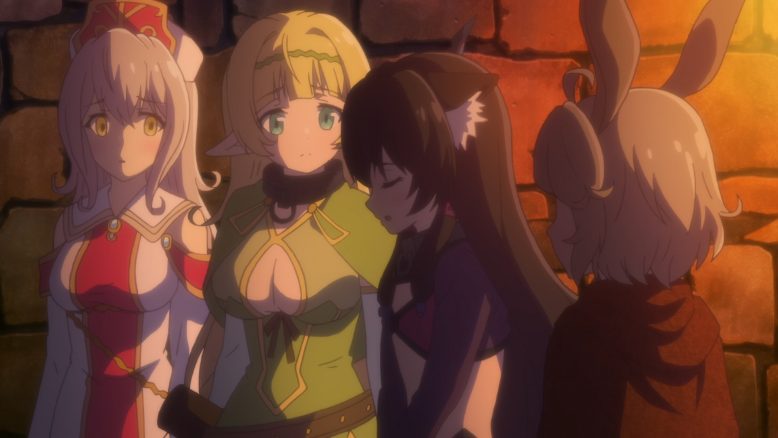 Well that didn’t work out

Normally Diablo can play up the Demon Lord bit and it works. Rem and Shera either interpret his responses in a positive light or can mostly understand the meaning behind his words. A good example was the whole Shera being targeted by her brother arc. He got standoffish with Rem and talked about blowing away the area if she kept talking about him being kind and she took that well with a joking response. But it didn’t work with her or Shera this time. Diablo was actually trying to be reassuring with Shera, but required Rem to smooth things over when his efforts didn’t hit the mark. And it was equally a failure with trying to tell Rem it would be fine and they just needed to follow his lead.

I’d love for this to actually lead to something. Lumachina chimed in, but it was a good chance for Rem and Shera to feel a bit uncomfortable. Getting the feeling like Diablo is upset with them when that isn’t the case. I get that he isn’t keen on explaining his origins and a lot of details about his social awkwardness. But it would be great to see him open up a bit more with those two. They have been with him since the start and I frankly see them as the only real constants in his life right now. Lumachina, Klem, Alicia, etc are all entities that seem to enter the picture only so long as they are needed by the story. Be nice to see those two get some special insights. 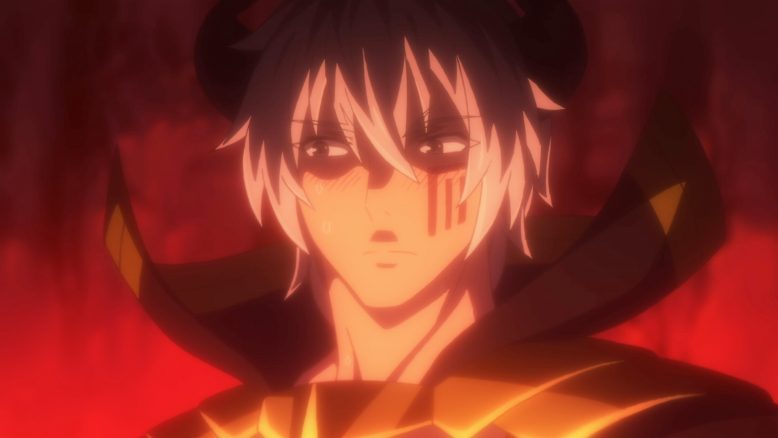 The dungeon itself was good and silly. I’d have to agree with Rem that Diablo’s sense in dungeon design is a bit childish. Not that I’d call it horrible. He clearly had fun making this dungeon and it was a challenge for people to clear it in order to face him. I’m curious how he managed to make that idol portion work out within the type of game Cross Reverie was XD. I’m guessing the rest of the dungeon will move relatively quickly now that they’ve been ambushed and Diablo had to make a move to save Horn (who I presume is a girl because of course).

While everything about the dungeon was a bit silly, I’d say the existence of the dungeon remains a major point of discussion. I’ve mentioned it a few times so I won’t repeat all the possibilities again. But I simply wonder what is going on with this world and how it relates to Earth. Honestly I also wish that Diablo had been more creative in just finding a way to say this was his dungeon. I know it’d be awkward with Rem calling it childish, but I think he could have explained it. Rem and Shera summoning someone as powerful as him was unbelievable in the first place. So why couldn’t he say that when he was summoned his dungeon materialized in that world as a result? Not sure it’d be any crazier than his very existence. 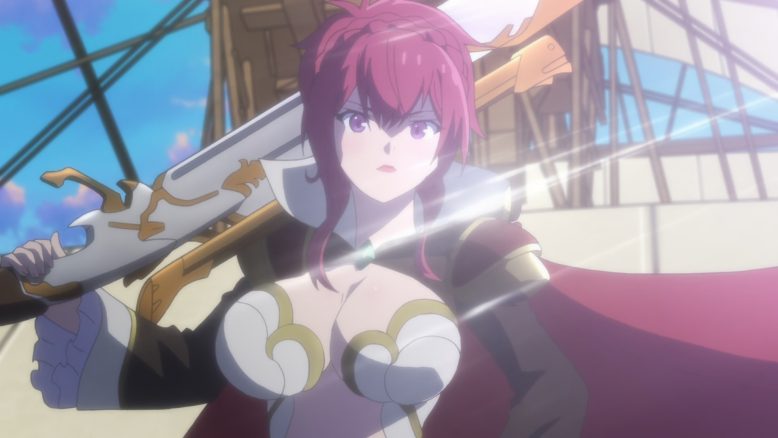 And now Laminitus has made things increasingly complicated XD. I suppose it was a natural issue for Diablo to get questioned any time another Demon Lord made a move in the world. Bad fortune on his part that this new Demon Lord and Varakness made their move at such a time. Diablo really does need to work on his communication. I can absolutely understand struggling with it and leaning on a crutch like he has with the Demon Lord persona. But when it is actively leading his friends into deadly situations…I think he has to push himself. This can be life or death. Regardless of that though, Laminitus is going to be a problem. At least there’s the excuse that she’s been threatened and is responding to that. Rather than her just being corrupt or evil. There may be room to work things out. 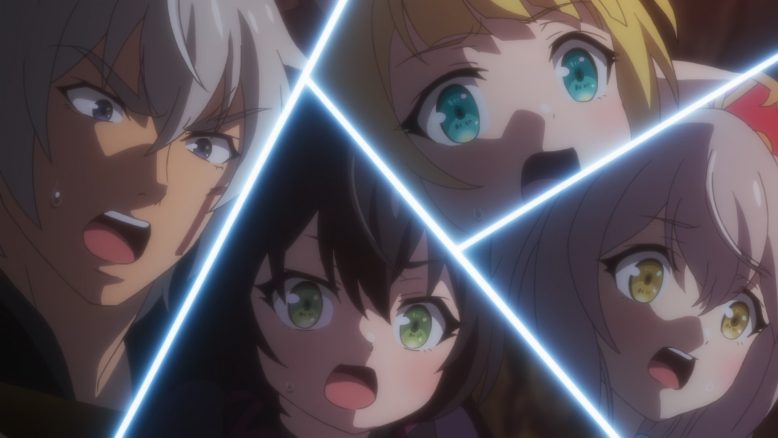 Things should be building up to another big fight now though. Gewalt has made his move and things really moved along with Horn followed by Diablo heading into the water. I don’t really mind Gewalt’s convenient appearance since I can logic it out enough to be ok. If Gewalt used his summons to tunnel through the dungeon rather than playing it (mostly) by the book like Diablo then he could get ahead of them. Plus he doesn’t need to know their exact location. If he finds a good spot and waits they are bound to show up when going deeper into the dungeon or on their way back out. Plus just because he managed to ambush them doesn’t mean he was guaranteed to succeed. He could have simply gotten lucky in picking a good spot. 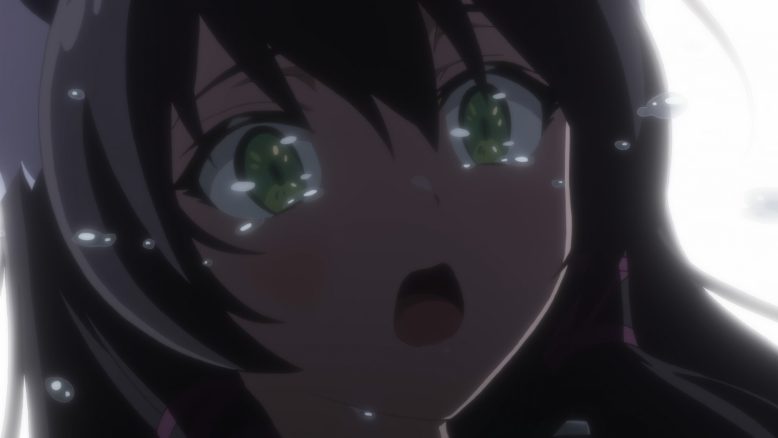 I’m looking forward to the next episode. This one was silly and not as exciting, but that’s fine. Not every episode can be a big showdown. And I did like the potential character development that Rem and Shera struggling to understand Diablo could lead to. Whether they do anything with that I’m not sure. But I’m still enjoying this show quite a bit.