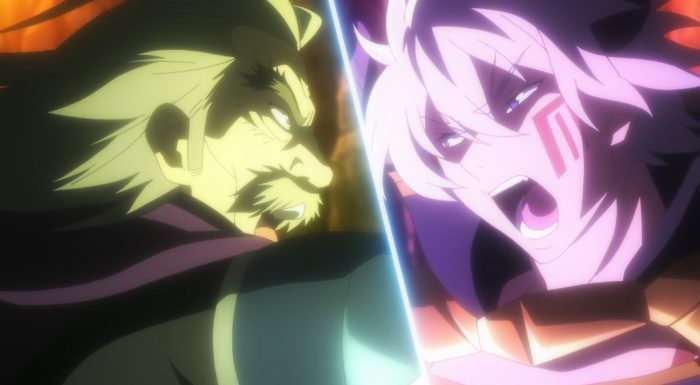 This was certainly one of the toughest confrontations that Diablo has had to face since arriving in this world. I’d say his status as OP protagonist has been brought down a bit. In some ways it reminds me of Nanatsu no Taizai. You start off with really powerful protagonists but either quickly bring in powerful enemies or limit the main character in some way. He’s not starting from level 1 here, but he’s starting to find enemies that are either crafty or powerful enough to give him a challenge. And I’m fine with that. He’s gotten his feet wet in terms of getting used to this situation, so now he can handle being legitimately challenged. Thankfully for him this body doesn’t feel pain nearly as severely as his normal body would. Otherwise I’d say the pain of getting his arm removed or his heart stabbed would be too much. 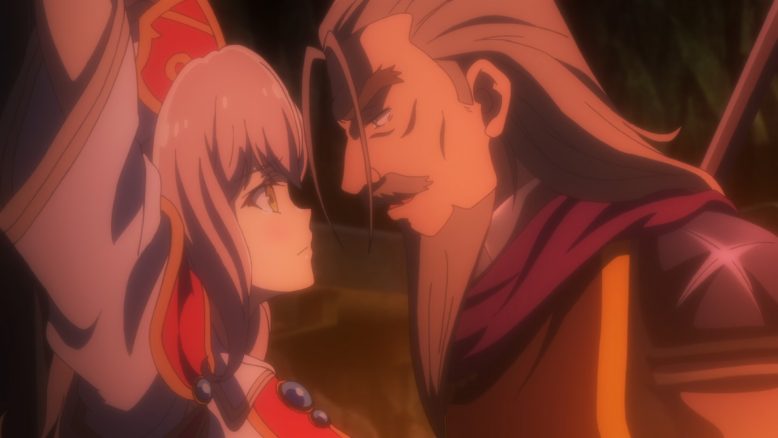 What a piece of work

Batutta was a piece of work though. I did think it was probable that he was a bad guy, but I didn’t quite think he was this far gone. The situation with the Church on some level was believable. They were cornered by the Lord of the town, needed to stretch their morals to keep the Church running, and it wasn’t a perfect solution. Instead he just went straight off the deep end. It does still seem like this resulted from his conflict with Laminitus. The curse was being developed for the purpose of killing her off. That would have allowed the Church to regain that core position in the town once again. Of course that all sounds fine, but with how corrupted he’d become Batutta wouldn’t be using that change of situation for good. He’d just continue getting worse and dragging that city into an abyss. 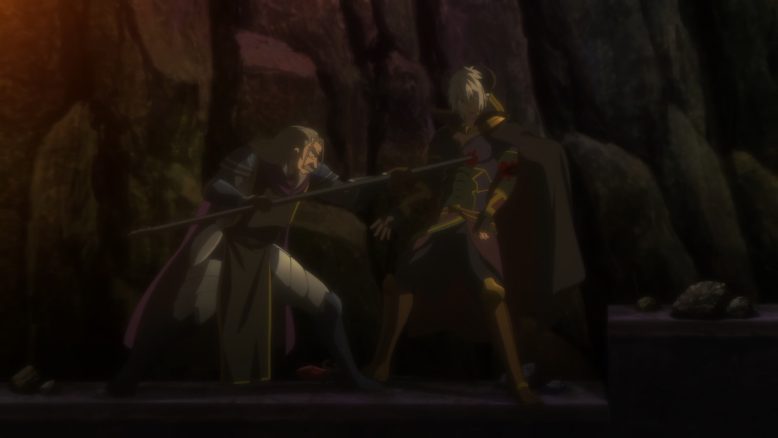 While Batutta is scum you can’t deny his tactical sense. He gives Galford a run for his money in that sense. He lured Diablo into a fight that was more favorable to himself than his opponent. And he used Diablo’s inexperience in fighting under these circumstances to deliver some very dangerous hits. If not for Diablo’s items he would have died here. Of course you can say that has been the case often with the ring that reflects spells saving him in so many ways. But this really felt more dangerous than any other fight. It also didn’t allow Diablo the luxury that he’s enjoyed of not killing his opponents. It isn’t as if he only saves that for female enemies. He bent over backwards to avoid having to kill Galford last season and tried to spare Shera’s brother. This one was out of his hands though.

Batutta was twisted to the core. He wanted to make sure his enemies suffered even if he couldn’t kill them. Although you can’t deny that he did everything possible to win while not having to die. His tactics against Diablo were solid, he had hostages, a battlefield that suited him more than his opponent, and even his last attack was handled in a way to try and bring down the roof on all of them. Diablo was just too much for him. But even then he left a curse on Lumachina to try and hit his enemies where it hurts. I’m somewhat surprised he didn’t also curse Rem. But I suppose that would have wasted time story-wise. Even weakened Lumachina could probably have cursed Rem so might as well just skip that. 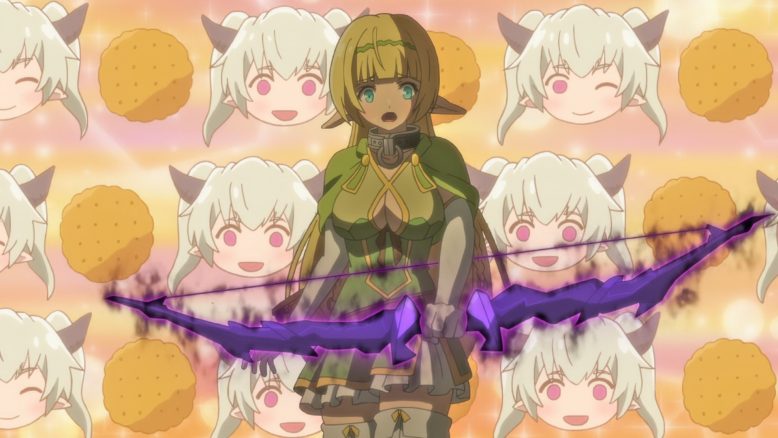 Behold the power of the Biscuit Lord

Credit to Shera for stepping up. She could have just been a bystander there to yell out “Diablo” whenever something happened. But while also doing that she did help out. Klem’s bow upgrade was serious business! That thing has a petrification effect on it. All she has to do is fire, hit, and enemies will have a really bad day. Klem is really a cheat character in that sense. Of course while I’m really happy that Shera can help out, I do hope that Rem gets some kind of boost eventually. So far all she’s gotten to do this arc is get seasick, get jealous, and get captured. Someone has to be there with Lumachina while she’s getting captured, but I’d like to see Rem pull her own weight here. It’s tricky to be sure since she’s focused on being a summoner and her limit is connected to that.

Laminitus is also in a tight spot here. I will note that none of her issues in this episode are old ones. All her behavior towards the Church or the city has been like this the whole time. While she’s targeted the Church financially she hasn’t seemed to do much about the curse that was spreading under the guise of a disease. She’ll protect the town from a sand whale, but will also try to control everyone around her. It seems likely she’ll survive this arc much like Alicia did in season 1. And she’s got a bit of vulnerability now with the attack from Varakness. Now she’s got a personal reason to seek out Diablo’s help. A Demon Lord General isn’t someone to take lightly. And clearly she can’t bring this guy down on her own.

The interesting thing from this is that a Demon Lord has awakened. I’m pretty sure this guy isn’t working for Klem. Which would mean another Demon Lord woke up around the same time that Klem was released from her seal. I’m guessing this guy came after that though since otherwise I can’t see all the effort being put forward to release and awaken Klem. In that sense it could mean that we might have had a Demon Lord showdown if Klem wasn’t calmed down at the end of last season. Though in a sense we’ll get another one since Diablo is holding onto that title. Will be interesting to see how the story unfolds with that extra force entering the picture. 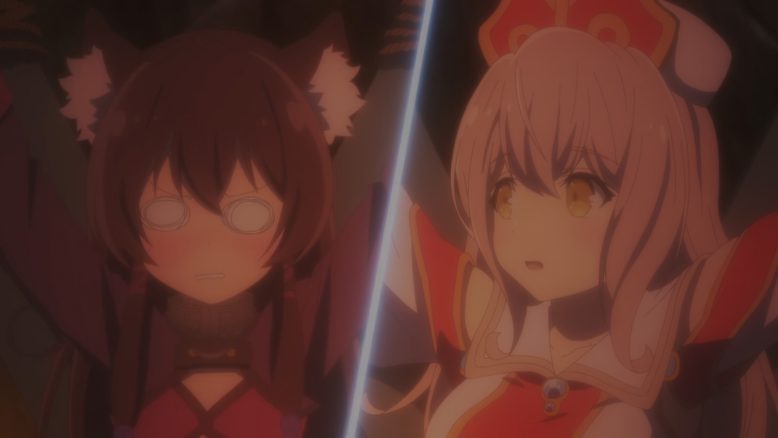 This was a good one

This was a really good episode. Things got really dangerous with Diablo barely surviving. He’s run into dangerous situations before, but this felt the closest to him not even being able to walk away from it. They need to go cure Lumachina anyways so it is time to head off to his dungeon. It might not be a bad idea though to further gear himself up along with Rem and Shera. Although I think Shera is in good shape with that Klem powered bow, it couldn’t hurt to give both of them better gear. But the top priority is getting that cure and everything else can come second.