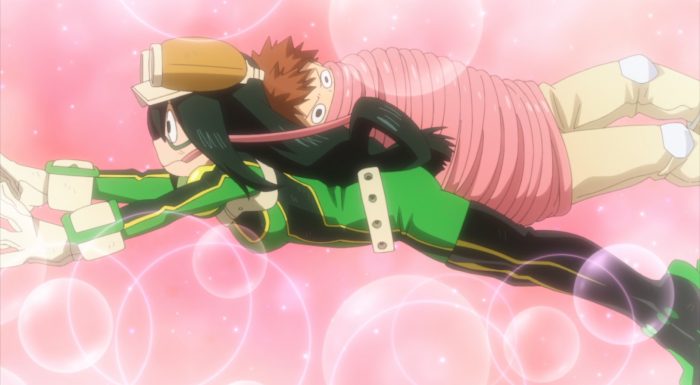 I’m glad this episode found a good degree of balance. It would have been really easy to just let Shinso mostly win this thing on his own to establish his capability. Instead they took the more sensible route of having him be a major factor, but require good support in order to really shine. Tsuyu deserves a huge amount of credit for her role in all this. Despite taking a heavy hit early in the match she was a voice of reason that kept everyone cool and her quirk was extremely helpful in creating confusion. Not that Kaminari wasn’t helpful in his own way too. It shows that while he is a goofball that he can use his head when he tries. That’s the power of experience I suppose. 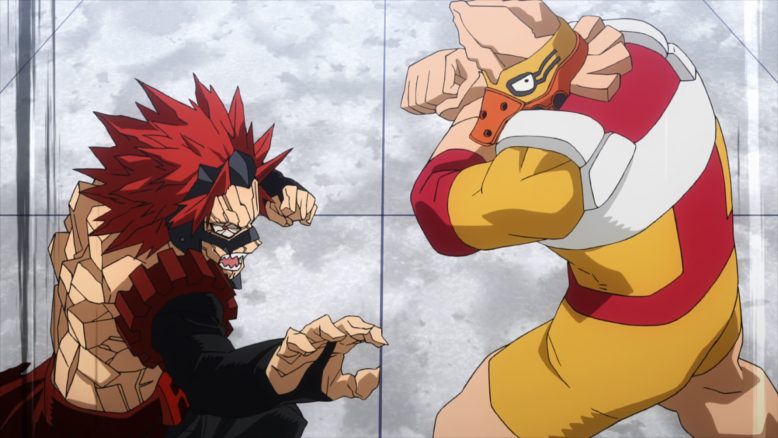 They tried their best

My condolences to Kirishima though who basically didn’t get to do anything. I suppose it shows the threat level he posed that he was targeted to that degree. But it’s really too bad that he was basically knocked around and then thrown off to be captured. That is how it can go sometimes. In order to let other characters shine some have to be taken out pretty quickly. Not much to say either for Koda unfortunately. He did try and it shows how far he’s come that he stepped up to fight. His desperate struggle didn’t really help him escape, but it did force Shishida to retreat without trying to take anyone else. It fits his quirk to have little actions pay off in a big way. 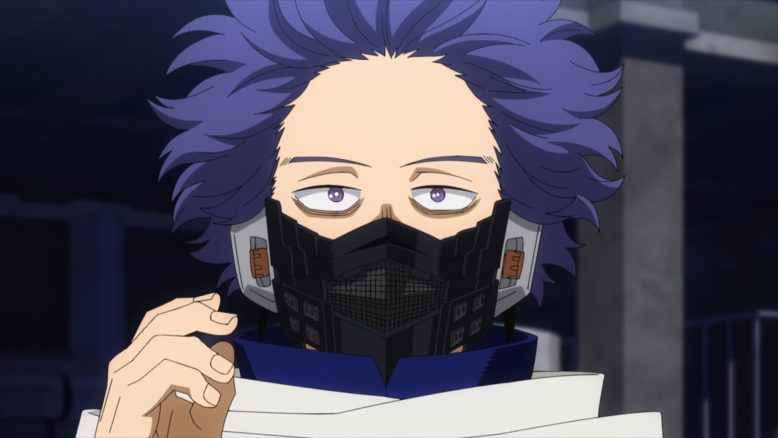 There’s no doubt that brainwashing is a quirk you have to pay attention to. And the effects can be serious whether or not it actually hits. The collapse of communication between the teammates was pretty serious and helped Class A win this one. Without the ability to work together it wasn’t too hard for Tsuyu to take care of business like that. It really forces people to take his quirk into consideration before doing anything and almost requires a kind of code word system to make sure you aren’t responding to Shinso. Even that can throw off pristine teamwork, but it’s certainly better than the option of just ignoring your teammates. Shinso shouldn’t have any problem making good traction in the hero course. He’s got the will and just needs to catch up on the physical and reactive level.

It should make the matchup where Deku’s team takes on Shinso all the more interesting. How will they manage to deal with his quirk without destroying their own teamwork? Makes me think that having Ochaco on that team is going to be rather interesting in that sense. Either it will be a lot easier to trap either of them or their personal feelings will let them know when it is Shinso trying to lay a trap. Could make for a fun time either way. And that’s not even taking into consideration the entire composition of either team. 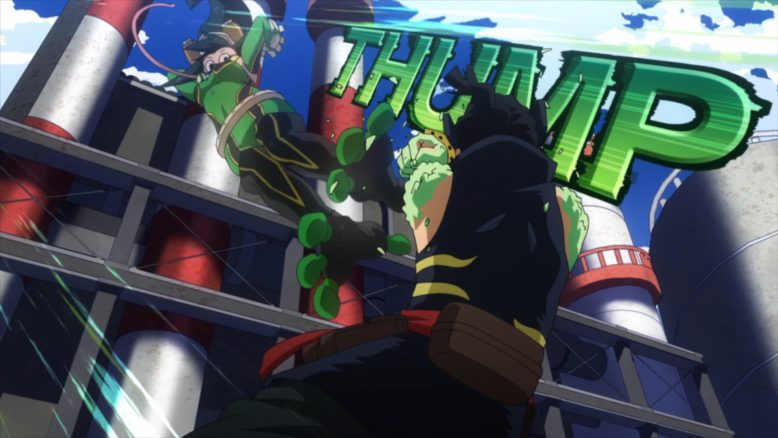 Tsuyu did great in this match

The action was good as always. Tsuyu especially got to be rather aggressive in combat since with Kaminari trapped and Kirishima out of commission she was the big heavy hitter left by the end of the match. Shinso did his best, but the most he could hope for once found was to buy time. Of course the plan would have fallen apart if Shishida had been more rational about it. Shinso’s threat is if you react to his words. But if he had cooperated in taking down Tsuyu first then it wouldn’t have mattered. They only had to capture 4 members and with Kaminari locked down they were almost done. But he couldn’t ignore the threat Shinso poised and focused too much on him. That did allow some cool moments such as Tsuyu dodging scale bullets and delivering one heck of a kick. So I’ll consider that win! 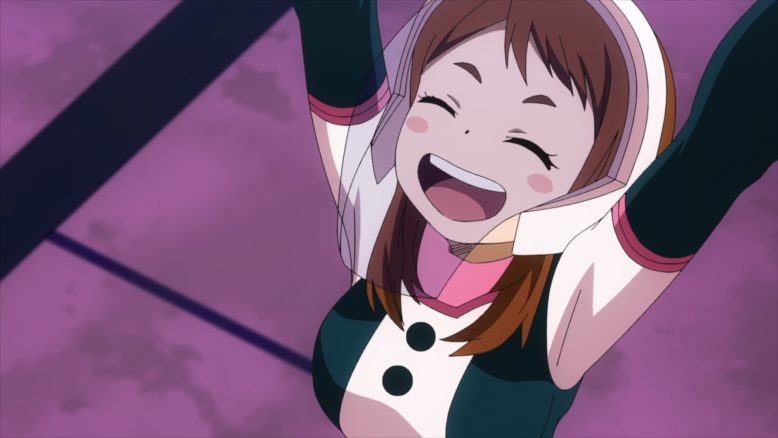 Honestly I had a good time with this episode and didn’t realize it was over until it was about to end. Spending a whole episode on this match was nice. I’m not sure they’ll do that for every match since that would take up much of the season, but this was an important one to focus on. Now we can see how some of the others handle this. Class B is doing well as you would expect. Their quirks have gotten stronger and Class A can’t base everything on the level of their quirks back at the tournament arc. Although that can play both ways since Ibara presumed how best to face Kaminari from their match back then. Can’t wait to see how Momo’s team does since they have an interesting mix of characters. Even if it isn’t as good as this match it should still be enjoyable.