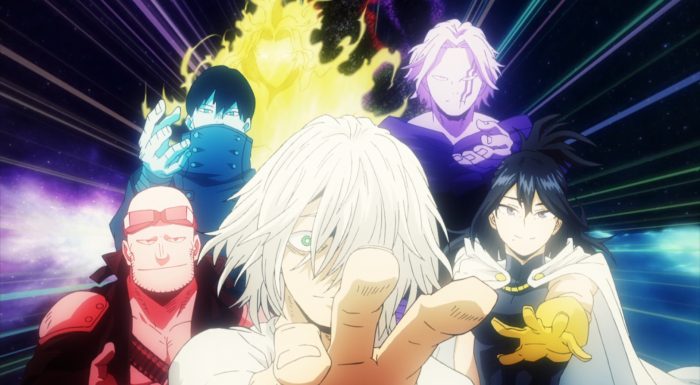 For the time being we are leaving familial drama and villains behind in order to focus on the main cast once again. I can’t imagine that this Class A vs Class B showdown will last for that many episodes, but it should be fun. Class B does have some fun characters and it isn’t a bad thing to let them shine every now and then. Of course whether this moves the story forward very much remains to be seen. While having Shinso starting his path to becoming a hero is a nice story, it is hardly that crucial to the main story. It is fair that Shinso’s quirk may have triggered a change within One for All, but unless that happens again I can’t see this as being that critical an event. 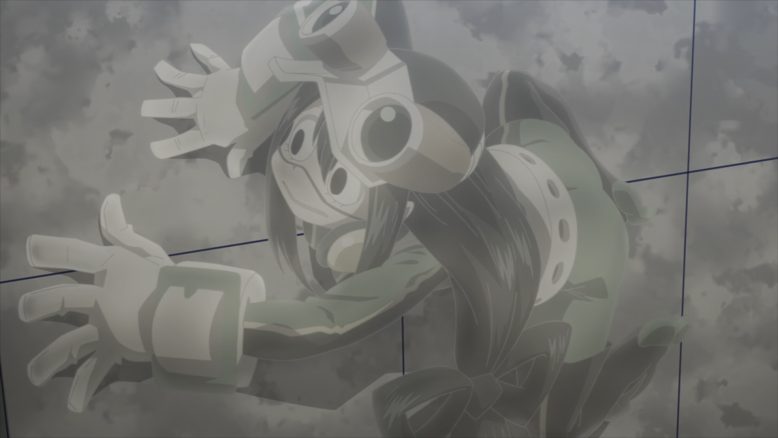 Another one of her handy frog powers

It does appear that Shinso will be the star of this event though. He’s already playing a big role in the first part of it and I’m sure when taking on Deku again that he’ll be a troublesome threat. Honestly he risks being a bit overpowered and making everyone look bad XD. He talks about being at the starting line and being well behind everyone, but it doesn’t feel that way even from the start of this match. He’s got a fairly calm demeanor and is ready to start busting out his quirk when things went badly. But we will see how things go. It is one thing to get an early advantage and another to keep that going throughout the match. Hopefully Tsuyu and company will get to shine in this matchup as well. 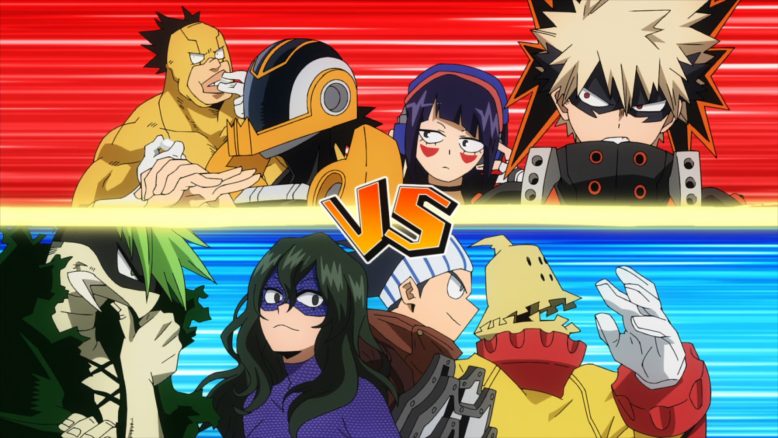 I’m sure we’ll see the wins in these matchups go to both classes. While Class A is awesome and I’d love to see them win every time, it just makes sense. They are making the point that Class B has some advantages in not having their curriculum constantly disrupted by dangerous situations. And the original fight against Mirio showed how experience and knowledge can be a huge advantage. This should be a good barometer for the various characters. Not that we didn’t get a decent moment like that when the various characters were being tested for their provisional licenses. But this is another opportunity that will let us know at what level Class B is currently at. It won’t matter as much if those characters don’t play a role in a coming arc. But I don’t mind the show doing it. 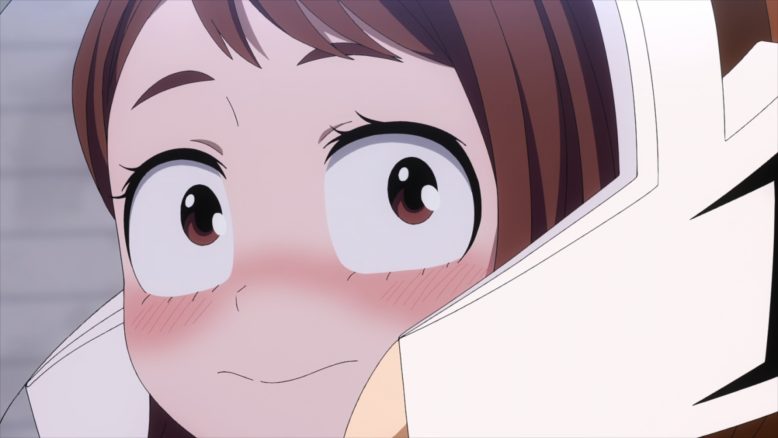 As always we get a reminder of where things are at with Ochaco and Deku. No shock that she’s just as in love with the guy as ever. But she’s also really not doing any better at pushing that aside. Credit to her for at least trying to keep her head in the game. But I really do wish she’d just get to the stage of admitting her feelings since it’s not going to end the world if they ended up together. I guess this coming test will be a good opportunity to further develop their bond as they take on Shinso and Class B. If nothing else I am glad to see Ochaco getting some spotlight since I do really like her character. She is a sweet character who can get pretty badass when the story gives her that chance. 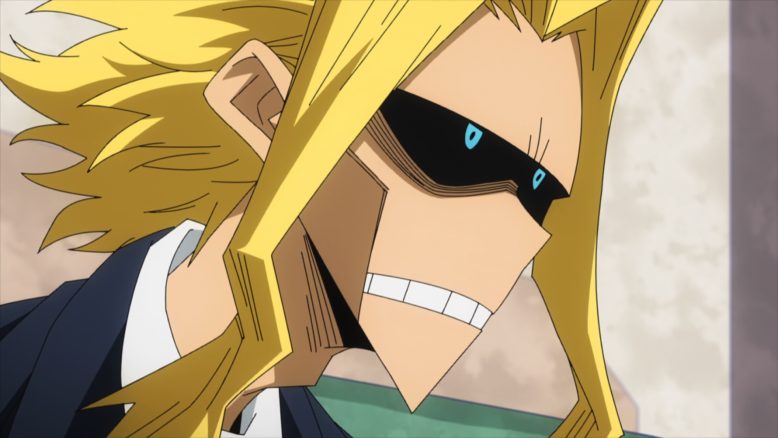 The conversation between Deku and All Might was a good one. There is something going on with Deku and it is fairly unique. That in itself is pretty strange considering how many people have previously inherited the One for All quirk. It’s possible there were exceptions and that All Might and his predecessor just didn’t know about them. But for now we have to treat Deku as unique and that in itself is interesting. Is there something unique to Deku that the boy himself never even knew about? Or is it all really connected to the interaction between One for All and Shinso’s brainwashing quirk? It seems strange that a quirk like that would set off so many things, but we can’t discount it.

That dream only happened recently so it could easily have as much to do with Deku’s mental state or his battle with Gentle. I’m guessing we’ll have some progression on that front during this Class A vs Class B showdown. Either Shinso’s quirk will do something or Deku will simply progress forward on his own. Hopefully whatever happens is something that Deku can handle. His hands and arms simply can’t take many more hits before they simply stop working at all and he’s a hero who can only use his legs for everything. 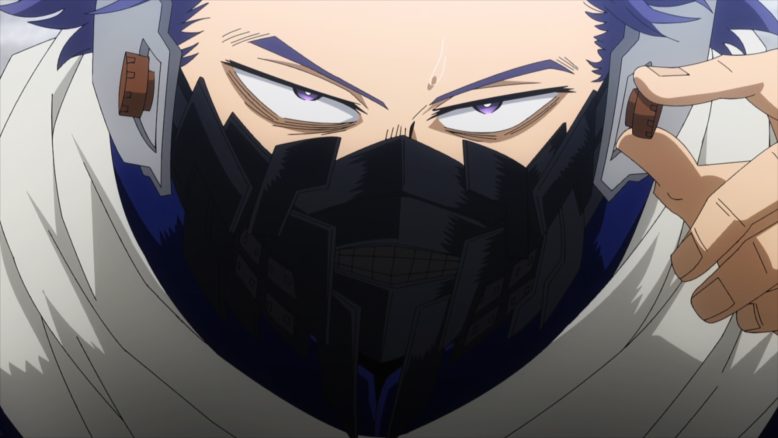 I enjoyed this episode. It had a lot of positive energy to it. Even if it wasn’t overly deep, it still sets up a great series of episodes. No idea how many episodes this exercise will take up, but I can’t imagine it will be that many. It should be like the tournament part of the sports festival. The bigger matches will get a lot of time, but the less critical ones should be breezed through. At least I figure that will be the case. Here’s hoping that season 5 continues to get better. For now though we can just look ahead to the continuation of this matchup. Shinso is bound to be a major player in this. But let’s see if his team can actually win the fight.