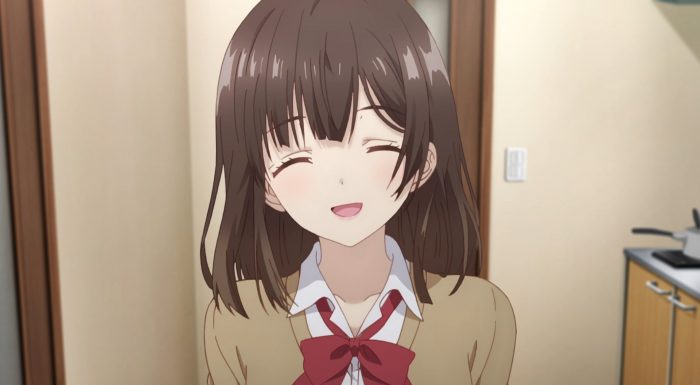 This is undoubtedly going to be one of those controversial series. However, I would say the first episode here was done rather well. The main characters were introduced fairly well for both their strengths and their faults. Definitely took as much care as they could in having Yoshida not take Sayu up on anything she was throwing out there and not jumping right into this situation feet first. It was something that took a lot of time to think about and done in part to help get her on the right track. Just throwing her out would undoubtedly lead to her getting into an even worse situation sooner or later and trying to make her go home would again just lead to her running off. It may not exactly be his issue, but now that he’s this involved he can hardly just turn his back on this. 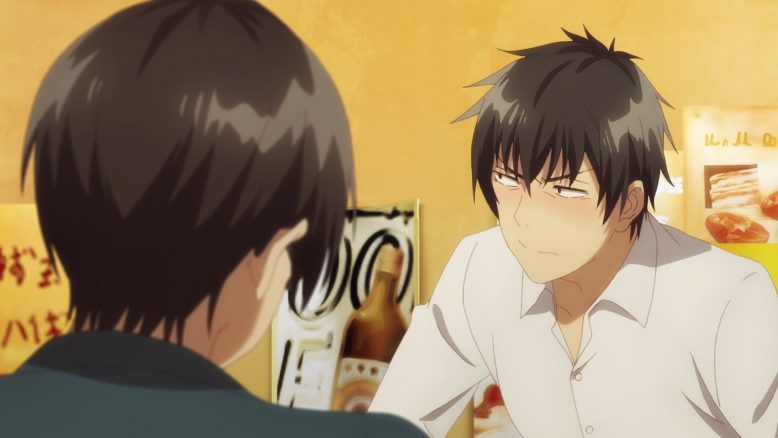 Sometimes you need a good friend to hear you rant

At the same time Yoshida is hardly a saint. It was probably a good move to focus on him having a loud and very drunk rant regarding his failed romance. Which I admit is hardly the world’s greatest flaw. Of course it was hardly Gotou’s fault for already dating someone before Yoshida made his move. But it is pretty human to get frustrated and just need to vent. All the more so over a romance that was doomed before he even made a move. Being drunk was a good factor in getting him involved with Sayu in the first place. It also served to explain his personality a bit as well. He’s a good person, but he’s hardly perfect. There are more perfect ways to try and handle this. But Yoshida’s taking an approach of just trying to help this girl out and get her on the right track. 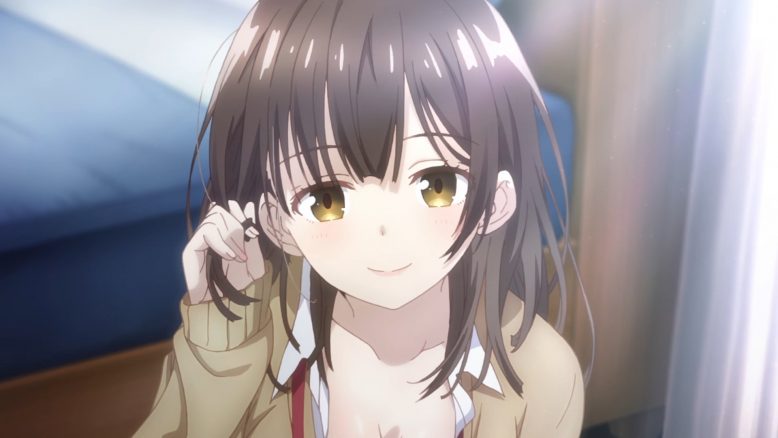 Sayu herself is of course not perfect either. She is wandering around, trying to get picked up to have somewhere to stay with whatever random guy has interest in her, and has no real plan for her future. The only plan she honestly seems to have is find someone that likes her enough to keep her around long term…and that is about it. Trying to hit on Yoshida and basically selling herself for a place to say is a sad state of affairs. I really have to wonder what went down with her family and possibly her school where this seemed like the only course of action for her. Staying put was so painful that this still seems the best path forward. That she doesn’t seem to have a missing person’s report out for her does give credence to her perspective that her parents aren’t going to miss her.

Not that she doesn’t have good qualities either. She is pretty entertaining and full of energy. Plus she hasn’t been skimping out on the jobs given. Yoshida is a pretty good guy and she could have gotten by likely with doing a lot less than she did at his place. But instead she really has embraced this role of cleaning up. And honestly she doesn’t seem like a bad person in general. Thus the mystery only deepens regarding how she got into this mess and why she’s on the run. The story will get there eventually, but I really am left uncertain how this all happened. 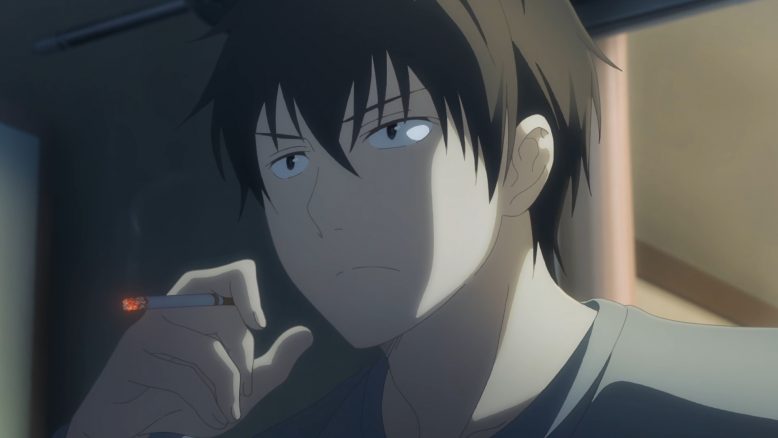 This show could go places

There’s no doubt that the potential romance between these two is an awkward thing to take into consideration. But at the moment things are playing out as well as they possibly can considering the scenario. Yoshida isn’t making a move and even when drunk didn’t do anything. Sayu is starting to calm down a bit as well. Now she doesn’t feel like it is needed to do something extreme to secure a place to stay. So right now things can settle into this kind of caretaker, live-in worker, and sort of roommates’ situation. At least Yoshida has a friend to consult on this who understandably is worried his friend could get into some real trouble if the truth gets out. 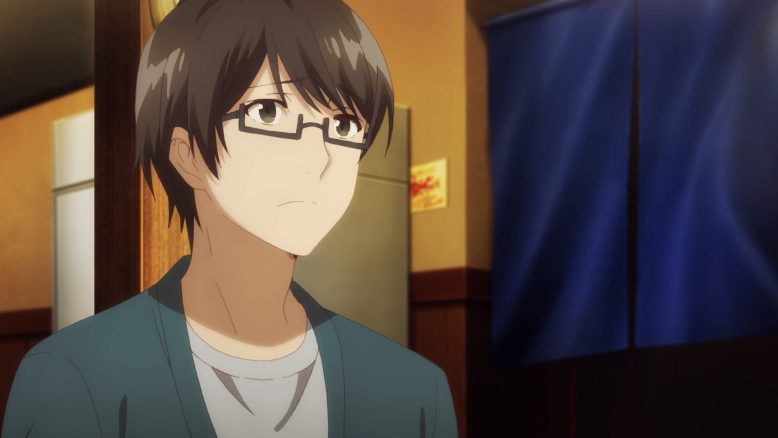 If Yoshida had to tackle all this by himself and had no one to confide in then it could get pretty bad for him in a hurry. Instead he can try to navigate this delicate situation with the best of intentions. I don’t know how this story will play out. It might be good and it might not. Who knows how it will looked at by people. But the first episode was pretty solid. The main characters are likable in their own way, it is a pretty solid show visually, and it could go in a few different directions. Not likely to cover it beyond this point, but I did want to get some thoughts out about it.