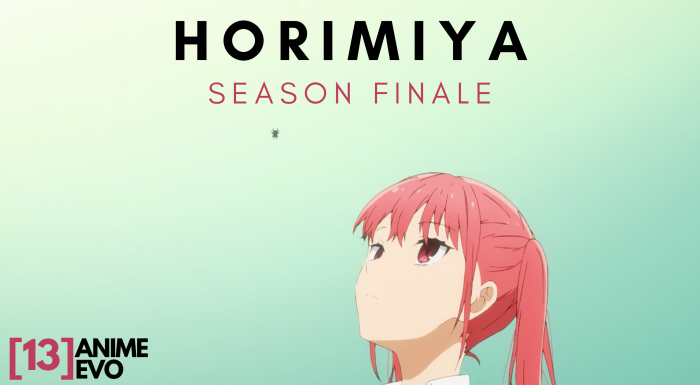 Horimiya came to a close this Sunday. Now we should wonder how well the show will hold up over time.

Firstly, let’s acknowledge Setsuken’s wonderful reflection on loving Horimiya as an anime only watcher. The show felt wonderful to watch without steeping itself in too much misery or existential dread. Weirdly, I found myself enjoying the last two episodes without complaint.

I’ve spoken at length about my concerns with character development stretching too thin. I’ve lamented the unfocused plot structure. But Setsuken’s right. We should enjoy Horimiya for what it is instead of what it isn’t. 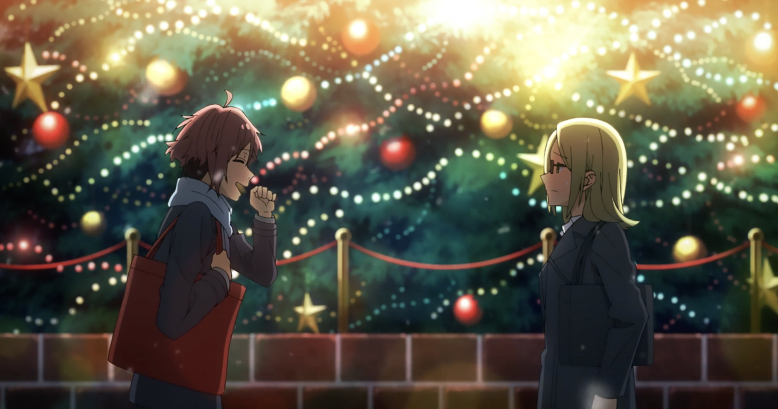 The truth is, real life doesn’t have a coherent plot structure. I have been trying to get my life together these past two months with work. That put me out from covering the second half of the season. Horimiya as an anime chose not to neatly wrap itself up in a beautiful Christmas package.

Happy Easter by the way to those of you who celebrate it. Nonetheless, Horimiya did demonstrate that life can be a mess for better if we let it be better. Making friends doesn’t happen at convenient times. Healing from past trauma’s doesn’t either. We must make due with each moment each day presents. 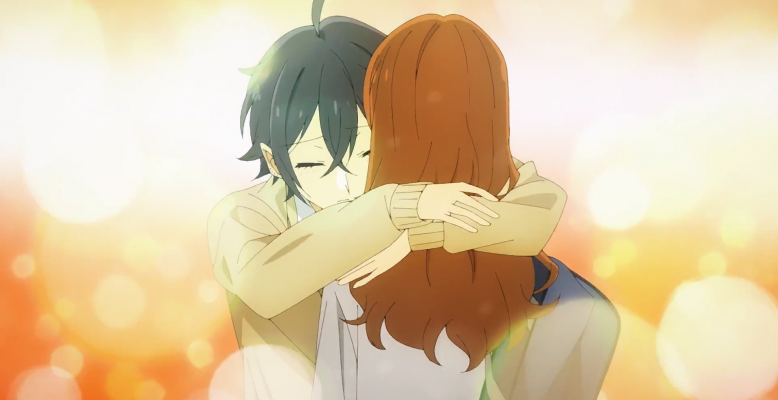 People come into our lives unexpectedly. Some leave just as soon. Take for instance Sakura’s conversation with Toru during the season finale.

She thanks him for being part of her experience in finding herself. He no longer serves a purpose for her beyond high school though. She liked him; he rejected her. Toru has Yuki. Now Sakura’s eyes are opened to possibilities in love. Not everyone will be the right one, but she’ll inevitably find someone who loves her back. 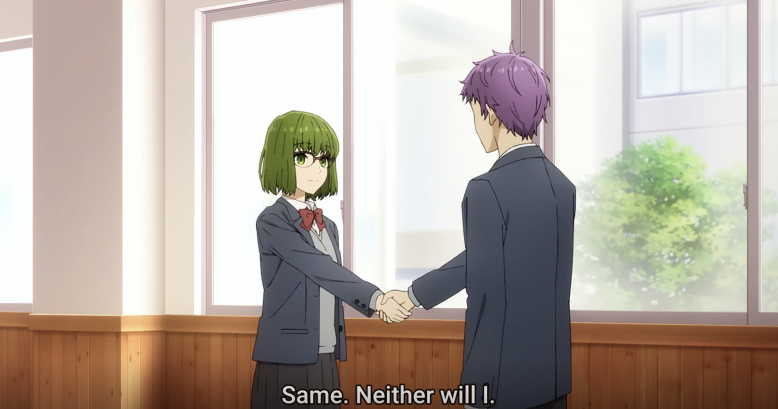 One major question that kept surfacing was, what happens after graduation? We receive the satisfaction of learning the answer in episode 12. Hori and Miyamura promise themselves to each other. Marriage is down the line. But another looming fear rises too. Will everyone stay friends? Horimiya likes walking the optimistic line.

Yes. Everyone will stay friends. We all know the truth though. For the great majority of us, contact dwindles down to a select few, one, or maybe even none. But that’s not the point. The point is to look forward to what the future holds, and for everyone, that’s a vacation. 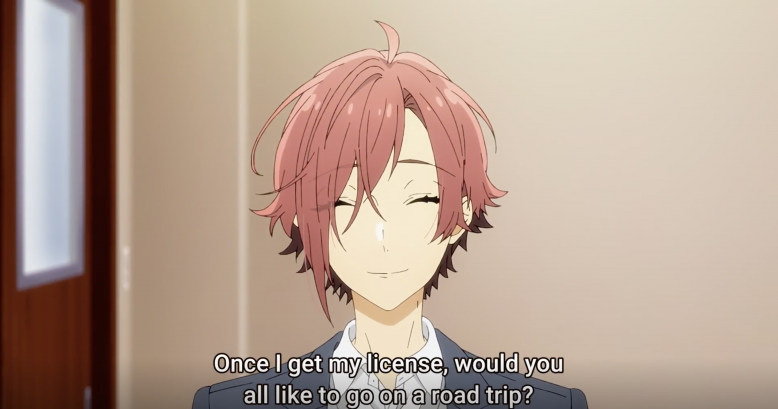 So why not reach out to someone from high school and catch up? People change. You might learn something new about that one person you always wondered about that you didn’t know before.

Miyamura finally heals. You might remember in episode 9 that Miyamura encounters his old middle school bullies for the first time in a long while. Hori stands up for him. 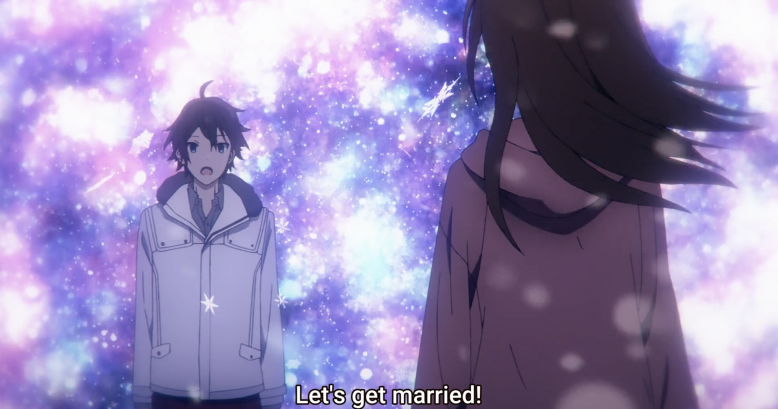 People from our pasts are capable of changing for the better. In fact, Horimiya seems to preach it’s possible for anyone to change for the better. As we all know though, it’s harder to heal. Luckily, Miyamura does just that on the school rooftop before heading down for class photos. He chooses to acknowledge who he is and stop ignoring who he was that led to the path he decided to take by Hori’s side.

Everyone has his or her flaws. We’re weak in some ways and strong in others. Miyamura recognizes this. He realizes he shouldn’t beat himself up over the past or what could have happened hadn’t he met Hori. That’s paranoia. 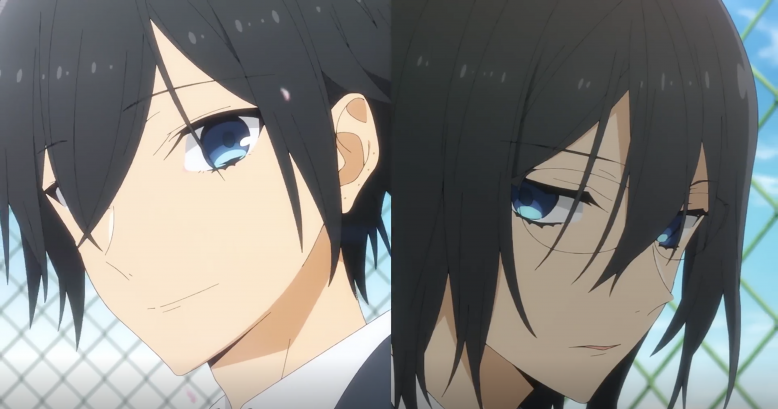 Paranoia adds unnecessary distress to healthy circumstances. Miyamura’s old bully heals. Instead of continuing to act nasty, he chases closure. He finds it for himself. It may take longer for him, but Miyamura does the same. He’s no longer haunted by the end of it.

So what’s haunting you? Hopefully it’s not a lack of action in the past. Take action now. Only you can affect the change you want to see and make your life better. Confront it.

Toru confronts Yuki about his feelings. He realizes he actually liked her all along and not what he idealized in Hori. Miyamura confronts his past. Miyamura’s bully confronts his own shitty behavior. What will you confront in order to enjoy your future?

In all honesty, I don’t think Horimiya will be one of those show’s that’s remembered. It’s one of those that begins and ends with the season it aired in. It matters not. We got the joy we needed from it. I hope you did too, and learned something along the way.