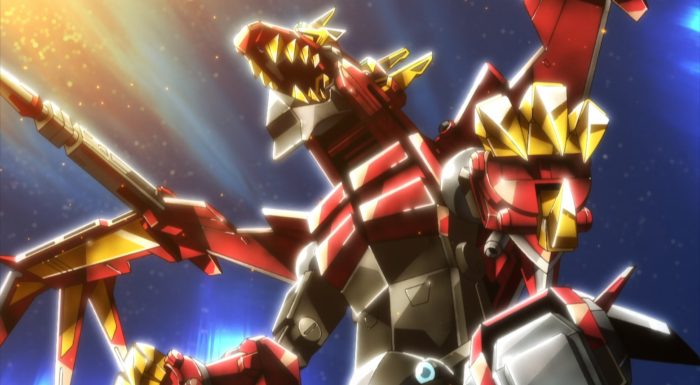 Now that’s what I call leaving a strong impression with your first episode. I did expect that Trigger would do well with this show, but that doesn’t mean I wasn’t happy to see it start off nice and strong. They did a great job with Gridman and that set high expectations for Dynazenon. Thankfully they definitely lived up to those expectations. This wasn’t an episode that needed to be action packed from the start and knew the importance of building things up towards the flashy and spectacular finale. Now we can wait and see how the story is going to build up from here while also throwing in what should be some great action along the way.

What stood out to me most was the effort spent in setting up two of the main characters in Yomogi and Minami. Both of them had their personal issues partially shown and partially hinted at. Yomogi clearly is dealing with some familial strain. It seems pretty certain that his mother is separated from Yomogi’s father (for whatever reason) and is now dating. Certainly seems to be a pretty serious relationship if she’s dragging her teenage son along. I can understand her wanting to have him involved and getting to know someone that could very likely become his step-father. But it is pretty awkward to say the least.

Yomogi himself doesn’t seem particularly interested in this, but also doesn’t have much choice in the matter. I’d suspect his part-time work is partially motivated by a desire to become independent as soon as possible. Since it doesn’t seem like he’s using the money that he’s working extra shifts to attain. It doesn’t seem like he’d need to work anyways with his mother’s date sending money his way. Now I don’t blame the guy for trying to build some connection with his potential step-son. That doesn’t make him a bad guy, but his efforts aren’t being responded to. 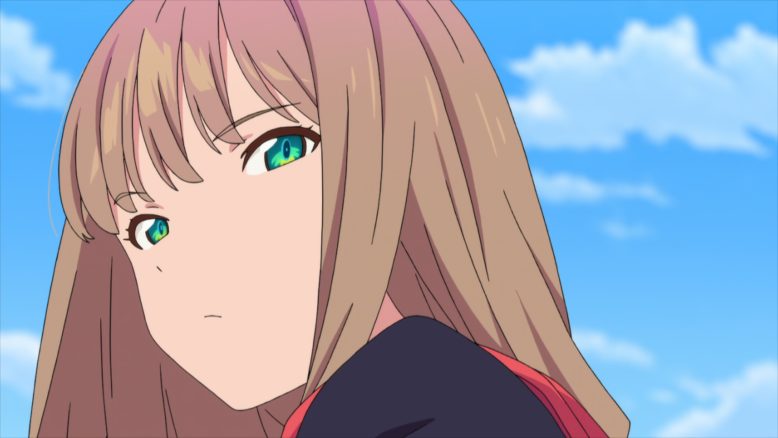 Those eyes are really captivating

Minami on the other hand is admittedly broken. Her issue also seems to be family related. The odds seem strong that her sister is dead. That seems all the more certain with her parents arguing about cleaning out the room and Minami having to seek their permission to borrow something from it. That and the strain between her parents would likely be enough to leave her with issues. But it seems there’s more to it than that. Her inescapable habit of promising to meet people and then standing them up has to be connected to it. Did she break a promise to her sister and that in some way contributed to her death? Is she breaking these promises hoping to be punished for it in order to make up for the guilt she feels towards her sister? I don’t know and this is just throwing thoughts into the void.

What will be interesting is how her relationship with Yomogi will develop. She stood him up and before things could really build off that we got a big monster fight. How is he going to respond to her and how will the two of them respond to each other? She’s admitted that something is wrong with her. Plus the fact that she’s cute will likely help keep Yomogi’s interest despite the standing up thing. 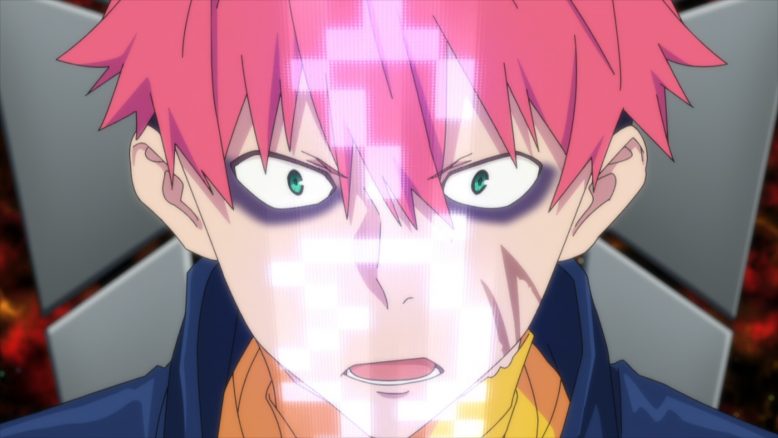 Somehow got this far without even mentioning Gauma which I’m kind of amazed at. He’s definitely a central figure to this story and took center stage when the story shifted towards action. Certainly he’s gotten attached to Yomogi due to that act of kindness/sympathy. Not sure he’s yet realized that Yomogi is kind of disturbed by him and is trying to keep his distance. Hopefully Yomogi does appreciate that Gauma isn’t a bad guy and does actually care. He was the one that sought out Minami and confronted her. Thankfully Minami was standing Yomogi up close to where she was supposed to meet him XD. Although I wouldn’t be surprised if there was a good reason for that.

Gauma is a figure full of mystery though. He calls himself a kaiju user, but couldn’t actually control the kaiju attacking in this episode. I’ll trust his words and presume that he’s somehow lost that ability. Not sure if that is because he’s come to this place and normally he could control kaiju. Or maybe he separated from a group/organization of kaiju users he was part of and lost his powers a result. But regardless he’s definitely not a normal person and I’m very curious why he had the Dynazenon. He didn’t even really know what it was until the fighting started. So I’ll be curious to find out the backstory there. 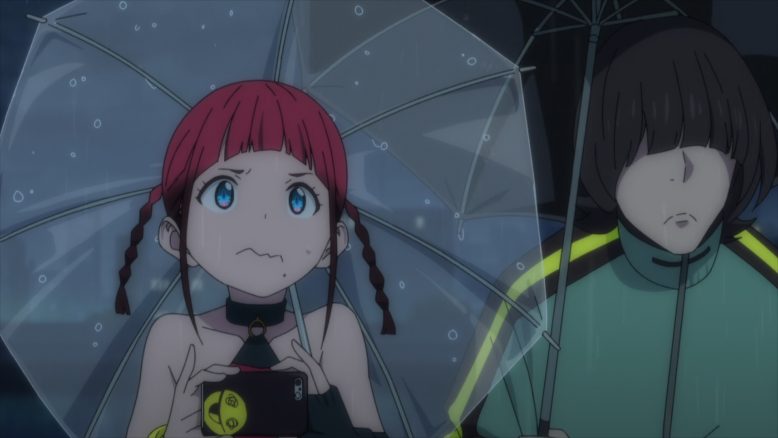 I can’t say too much about Chise and her senpai. They are in the episode, but honestly they aren’t a central focus in it. We know that Chise is skipping school for some reason and Koyomi is unemployed. They are apparently cousins, but that’s about all we got to work with. There is more we can potentially drag out of their scenes, but I think they will get more focus in coming episodes. 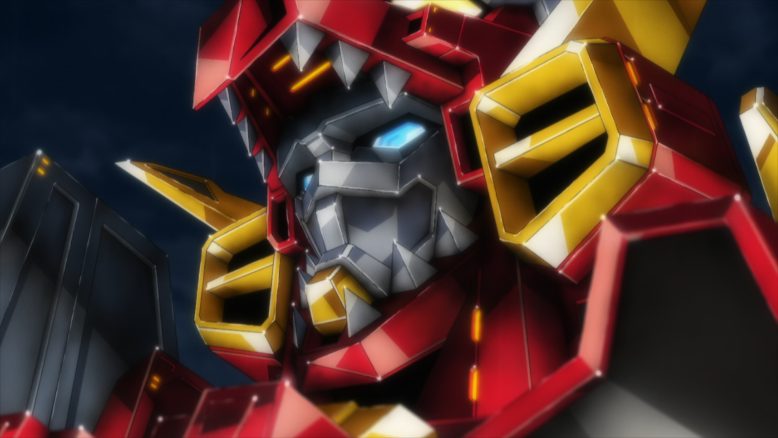 The action was great. I wasn’t exactly missing the mechs during most of the episode. But when the action did finally pick up I was definitely onboard. I like the idea that multiple main characters are going to be taken inside the Dynazenon. It would have been easy to just have Gauma be the pilot and everyone watches from a distance. But instead we’ve got multiple main characters and likely multiple forms for the Dynazenon depending on who the main pilot is. Gauma’s main form looks to be the Dyna Rex. A mecha t-rex form? Ok show, you have my attention! It allowed for a great fight and I can’t wait to see what the other characters can do. I’m also curious if Chise will get to join in at some point or if she’ll be the character outside the mech for most fights.

We didn’t get much about why this kaiju attacked or what is going on here. But that’s fine. This is the first episode and the focus was on the characters. The villains and their motivations can come later. What I took away from this is that the action is going to be pretty fun. The mech and kaiju both looked good here and here’s hoping they keep that up for the whole show. 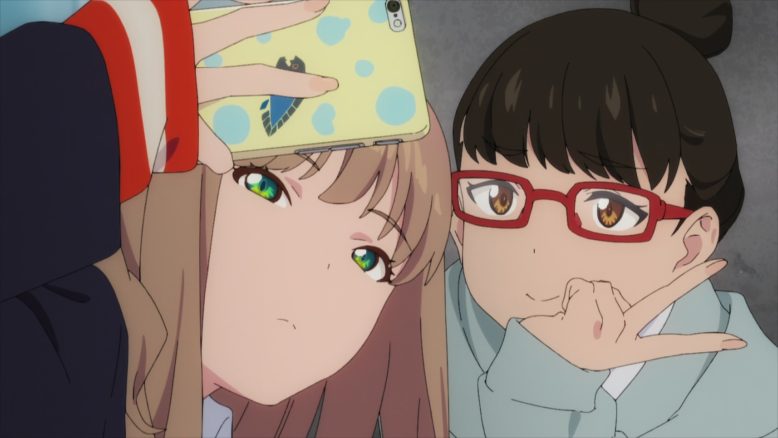 So yeah, this was a strong first episode. Trigger nailed it in terms of pacing the episode well while also making sure to leave on a flashy note so people have a good grasp of what this show is about. We just don’t get many good mecha series these days, so I’ll definitely appreciate the ones we do get. Not sure if this will be a show I cover this season, but this was an episode that I wanted to talk about. A strong start for this SSSS.GRIDMAN related series. Now I’m not sure if we’ll actually see Gridman in this show, but regardless the focus for now belongs to Dynazenon and the main cast.