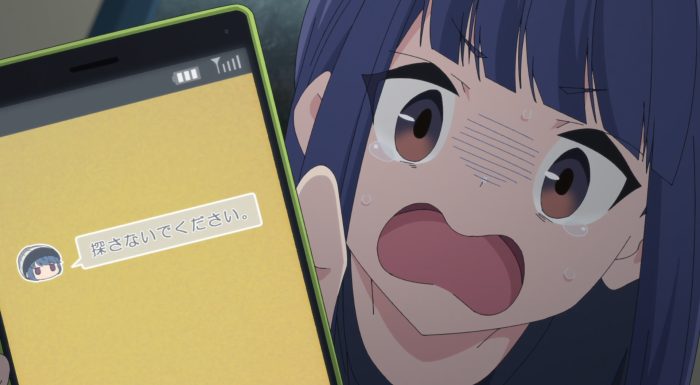 This episode really let the camping trip truly begin and that was a lot of fun to see. Although they did spend much of the day traveling around and only got the campsite set up near the end. But they didn’t lose out in terms of having fun. It was a pretty full day being able to see some great sights, visit the hot springs, watch some movies and enjoy a hot meal. Of course the various characters were at different levels of exhaustion so some were more active than others at varying points of the episode. But it all worked out nicely in terms of giving individuals moments to shine. 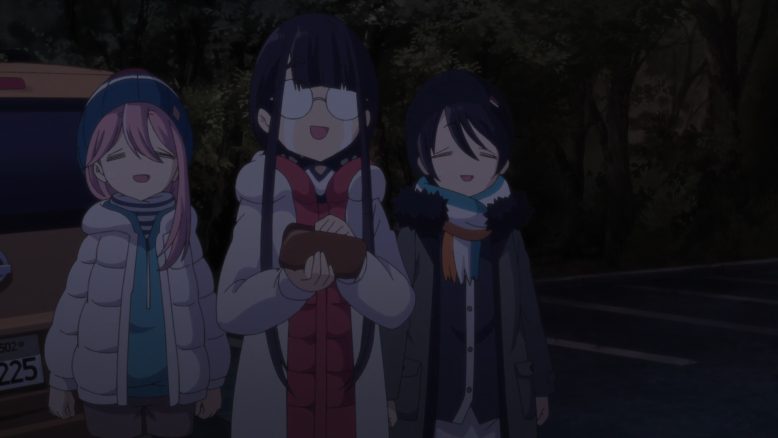 Safety was an interesting element in this episode. They were very rock solid when it came to drinking. The moment the teacher fell off and took a drink…they had to spend on a driving service to get them to the campsite. That moment of weakness was financially costly…I wouldn’t expect anything less from the show in terms of making clear that driving drunk is a bad move.

Although it was a bit more loose with safety in other ways. Rin driving when that tired was pretty dangerous. Sure she avoided running into any issues, but I was getting worried about how that would play out. I did half expect them to at least pause the trip to get her an energy drink or try to tackle that risk, but instead they just pushed through. Same sort of goes with the fire starting scene. I was a bit on edge with a burning pinecone being held in the hand. I suppose that’s just how it goes when starting a fire. But personally I’d be putting that thing down pretty quickly once it was actually burning XD. 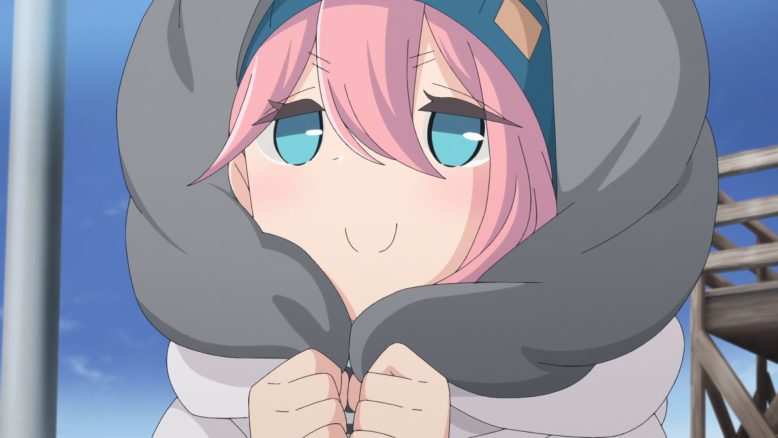 It was a pretty fun episode with a lot of good little moments. Nadeshiko won the race up the trail and was fully enjoying her victory there. But then she paid the price later on when getting hammered with late-night horror movies. It was also a pretty entertaining episode having everyone try to keep Rin engaged enough to not pass out too early. The comfort of BLANKET was pretty hard to resist. But thankfully she did stick around for dinner and helped teach some basic campfire building techniques. It may not be something you always need to know, but can’t hurt to have the basics in mind.

What can be said about the cooking scenes besides that they made me hungry? You can really sense the passion for food with Nadeshiko and she makes sure to share the joy of it with everyone. All her hard work over the series in terms of testing and researching has paid off nicely. Throwing their teacher into the mix does add an extra element to the group anyways. You have that one character enjoying their time of eating good food and drinking up a storm. 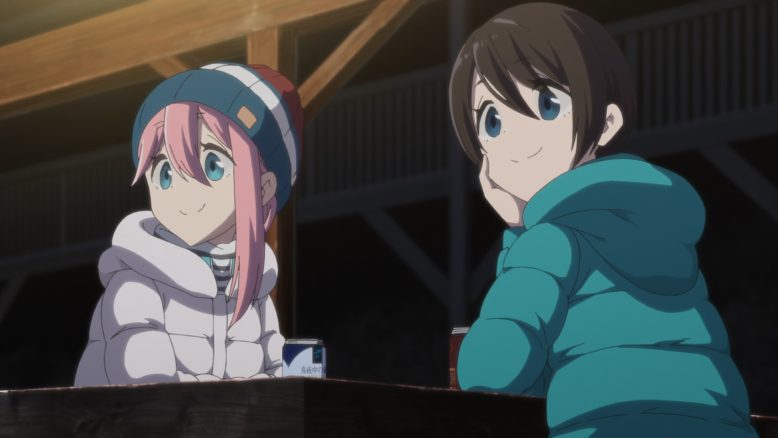 I did enjoy the little conversation with Ena and Nadeshiko. They haven’t had that many moments together just to chat. At least not without Rin or someone else there with them. I like how the various characters share this connection through camping, but they have their own interests as well. Ena enjoys camping with everyone, but she has built up a real desire to go on driving trips with Chikuwa. It makes sense since he’s such a big part of her world anyways and her travel options are limited in public transportation. I like the idea that she’s buying him a lot of camping stuff while also saving up for that long-term goal. 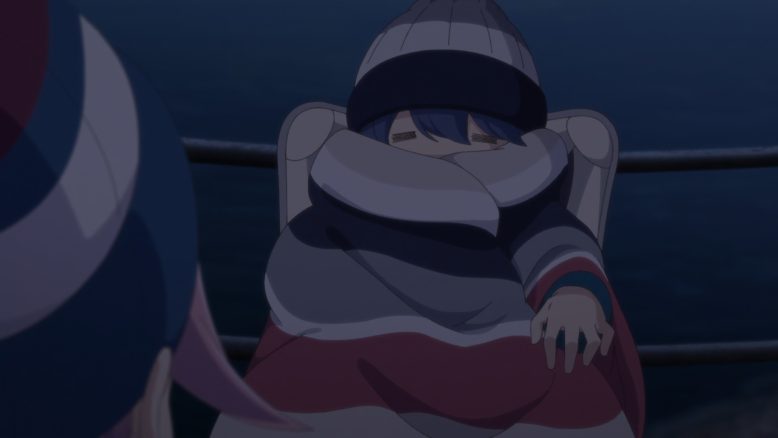 This was just a really comfortable episode. Even fitting in a bit of Rin solo adventures while everyone slept. No surprise her sleep cycle was thrown off by the trip she went on. I’m looking forward to the last episode and how things will turn out. This has been a second season that didn’t let me down at all and was comfortable from start to finish. Here’s hoping it ends well and gets another season in the future. It definitely deserves it.