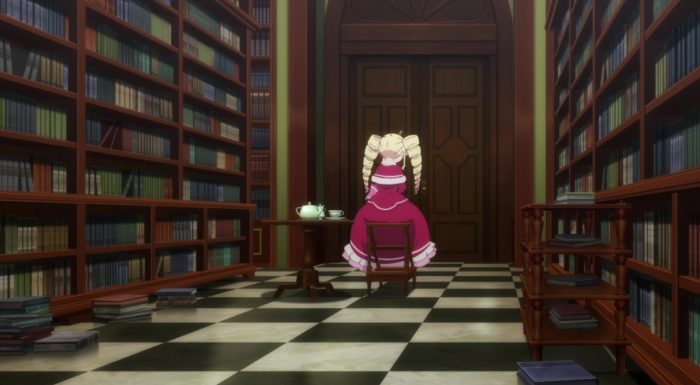 Its kind of strange that, in the penultimate episode, when our time with Re:Zero 2 is nearly at an end, things are moving rather slowly. There are key moments in this latest arc that seem to last a bit longer than they possibly should, and even lack some of the substance that has made this series such a joy to experience. Yet, all the pieces are slowly falling into place, and everything seems poised to end in a solid enough way.

I’m not entirely sure what I’ll think of Re:Zero 2 when it’s fully over, but my feelings this week, before we head into the finale, are that its uneven. It had a near perfect first half, and then started to flounder and stumble a bit in the second. What’s perplexing here is just how much effort, love and care went into this series, all during a pandemic.

I do wonder sometimes, if its the pandemic that lead to a slightly weaker second half to this second season. I’m not sure what kind of a studio Studio Fox is, but with the amount of staff working from home, I do wonder if it made things a bit harder in terms of collaboration. As the pandemic has drawn on longer and longer, perhaps the problems of a fully remote work force probably got worse and worse. 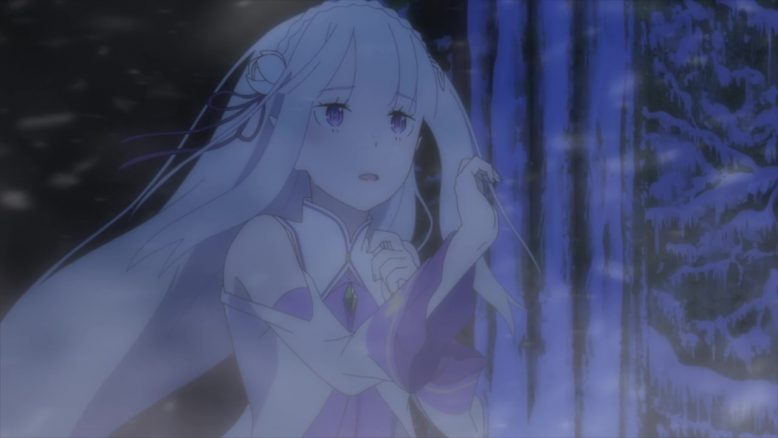 That is ultimately, however, just speculation on my part. I will say that this week’s episode did focus on two main ideas, and resolved them decently enough. The problem is that the importance that these scenes seemed to have, were just not communicated all too well.

The scene with Emilia now defending everyone was okay, and even the resolution to Ryuze and Roswaal felt kind of half baked. Ram is able to burn Echidna’s book, and Roswaal is able to ultimately save her shortly after almost killing her. These feel like foot notes for threads that seemed like they were a lot more important.

On the flip side, there was Subaru and Beatrice. Now look, I don’t actually have a huge problem with Subaru having to really work to convince Betty to finally try to live in the present, rather than fear the future or lament the past. Its just, the way he does it, didn’t feel satisfying. It felt cliche, drawn out and ultimately just didn’t feel organic or natural. 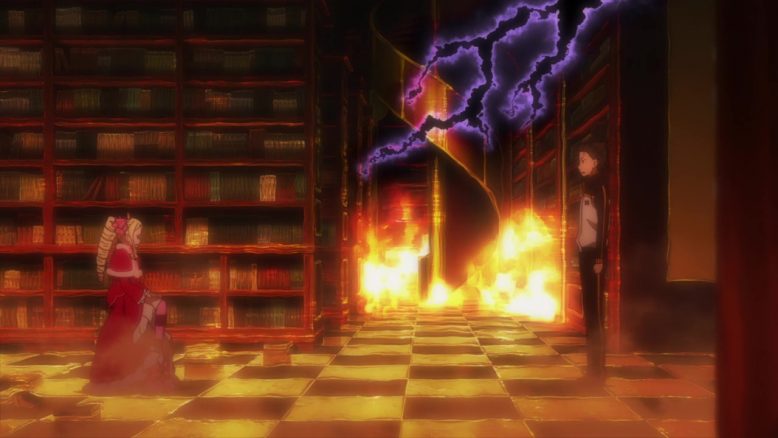 I just feel like the dialogue for Subaru’s whole urging Betty to move on didn’t feel all that impressive. It lacked the depth, the nuance that I’ve come to expect from this series. It wasn’t like how Emilia shut Roiswaal up a few episodes ago, or how anything altogether impressive.

Thus, the scene felt like it dragged on a bit too much. If All Subaru was going to do was just keep begging Betty until she finally gave in, then I do wonder if cutting this scene out entirely and having a small flashback to just focus on that final conversation, would’ve worked better.

I also believe, that this is Re:Zero’s origins as a novel coming back to bite it. In a novel, dialogue is key, and its what ultimately needs to resolve a situation. Doubly true for a light novel. Plot threads are also slowly and steadily weaved into each other, and the reveals are drip fed over the course of a story. 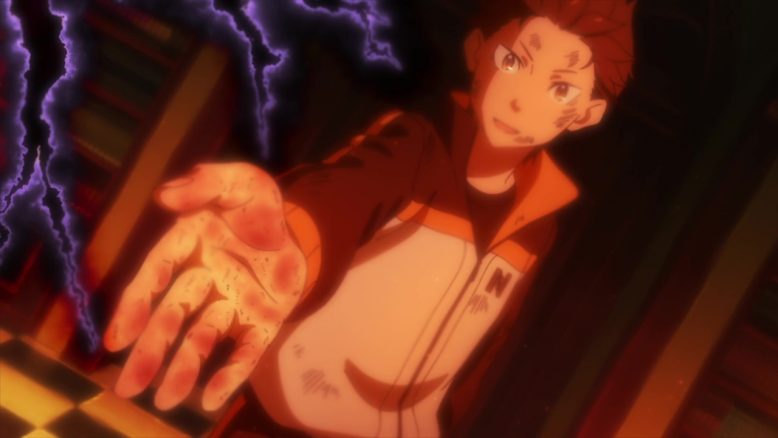 That doesn’t really work in a television show, where each scene and each moment needs to be impactful and flow into the larger whole. I remember that Re:Zero’s original season did a lot of rearranging and cutting to make things flow better, and I do wonder if they just didn’t go far enough this time around. Stuff like Emilia’s backstory, and even the whole deal with Beatrice, just needed some trimming and adjusting.

Of course, while I did nothing but complain about this week’s episode, I still rated it an A-. So let me explain myself here. As a stand alone episode, I think this episode isn’t quite as strong or was swift as I’d like it to be. Having said that, this episode isn’t just another episode in the series, its the penultimate episode. And, as a penultimate episode, I’d say the episode did what it needed to do, and left things in a solid place. We are now primed and ready t to see Betty, Subaru and Emilia take out the Great Rabbit next week.

Of course, there’s still more to do than just that. Betty’s arc is over, but the one big question that remains is Echidna. Her story feels the most unresolved, and given that we now know that she basically sacrificed herself in order to protect everyone inside the sanctuary, Roswaal and Betty, well… I’m curious to see how her story is resolved. 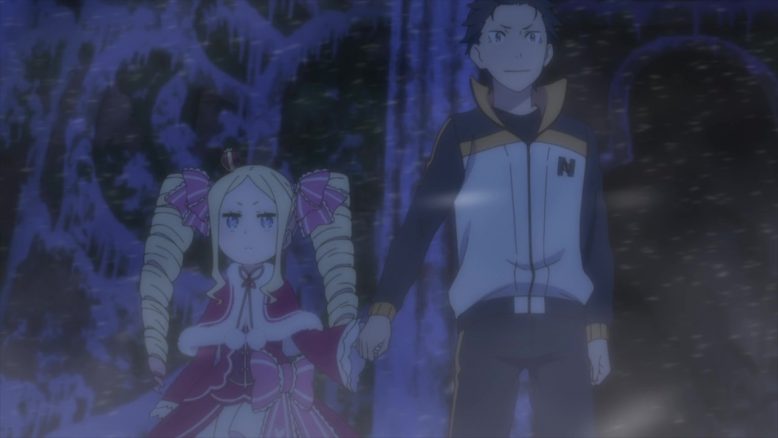 Everything more or less rides on next week’s final episode now. Where does the story end, how much does it resolve, and what is left for us to snack on, while we begin to wait for a potential season 3. There’s a lot for the final episode to handle, but thankfully, its not impossible to come out of the final episode feeling both fulfilled and satisfied. One more week to go…

Note: I apologize for how late the Re:Zero episode posts are, once again. I just completed a move, and am going through some insane amount of changes this week. I actually wrote the first drafts for the last two episodes the week they aired, and then just completely lost time. I’m up at 4 AM my time trying to finally get these out, so again, I apologize and thank you for your patience (and continued interest!).