It was nice having the full cast together for a trip like this. They have all been doing their own thing throughout the season and that works fine. You can only do so much when a large group of characters are all together and so letting them have smaller adventures on their own works. But this is the end of the season trip so might as well just bring them all together and let them deepen their bonds along the way. Heck, Nadeshiko hasn’t had many chances to camp with her friends at all since the last big trip they went on. Of course there’s a lot of reasons for that, but the results are what they are. Of course she was too hyped about this and ended up spending most of the episode unconscious! 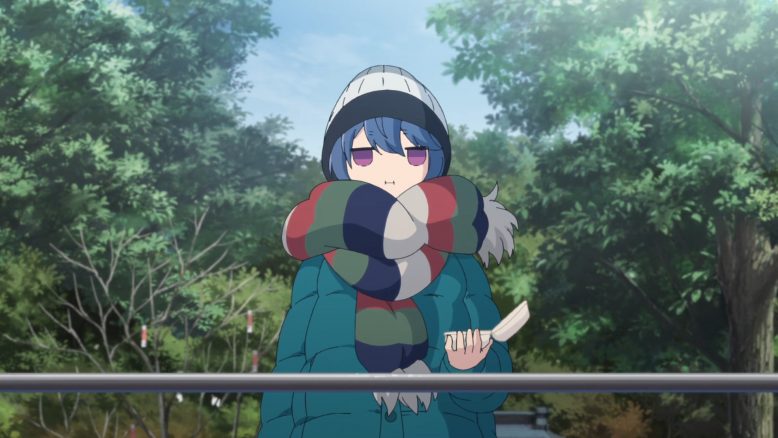 The trip was a good one for Rin. In a sense it really did allow her to mix up her experience in the best way for her. Not that she doesn’t like the other characters, but a solo trip really does appeal to her. Most of this episode allowed her to just drive around on her own journey and appreciate the sights. I’m sure she had a blast really feeling the elements and the wind as she made her way. Also kind of worked out really well in the sense that she didn’t have to waste her time in a traffic jam and instead got to just hang out at the destination until everyone arrived.

But that solo time was mixed together nicely with hanging out with her friends. It’s kind of nice seeing Rin getting more open to expanding her camping season and also looking forward to different kinds of trips. It wouldn’t be a bad thing at all to visit a campsite and then get some mountain climbing in. Rin can probably handle that much and it would let her see some good views. While she can definitely enjoy reading at her campsite that doesn’t mean other activities aren’t open to her. 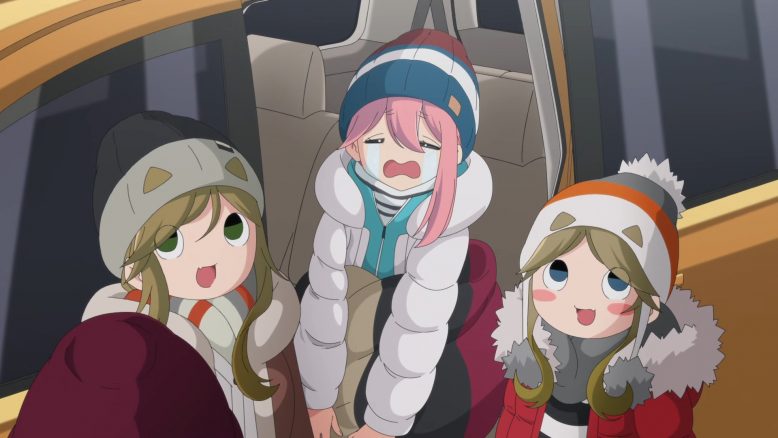 Poor Nadeshiko. Sure, she kind of brought it on herself by falling asleep, but that was a pretty rough joke to have played on her. No wonder she had to check with Rin to find out what was real and wasn’t anymore XD. When on a trip with a couple of sisters that love playing pranks it is best to keep your guard up. But that’s not easily done when asleep. At least their jokes don’t last long. Could have really gotten bad for Nadeshiko if everyone wanted to have some fun with her there. Instead the episode gets to end with having a nice run up a mountain and leaving poor Aki in the dirt… 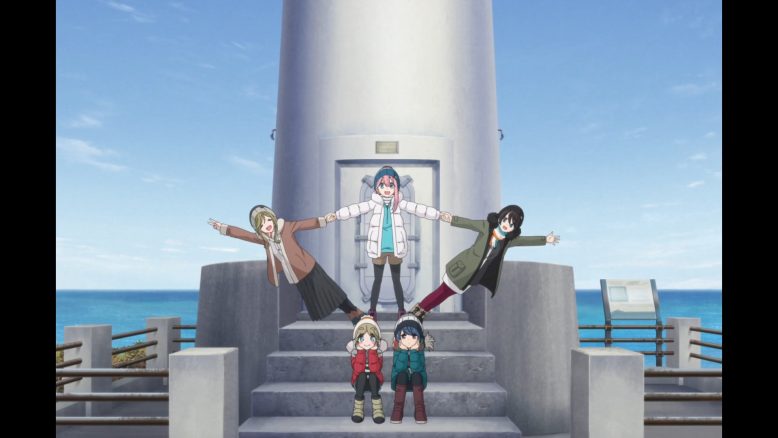 One good thing with the show is how it can let you just go on a journey with the characters. Not exactly ready to hit Japan to go on a camping trip right now. So instead we can just enjoy seeing the geospots the characters get to visit. The best part of Rin and the other characters going on separate routes to the same destination is that we get to see as many spots as possible. It wasn’t a necessity, but might as well make the most of the opportunity to show off nature. The characters are enjoying themselves as well so it’s a win/win scenario there. 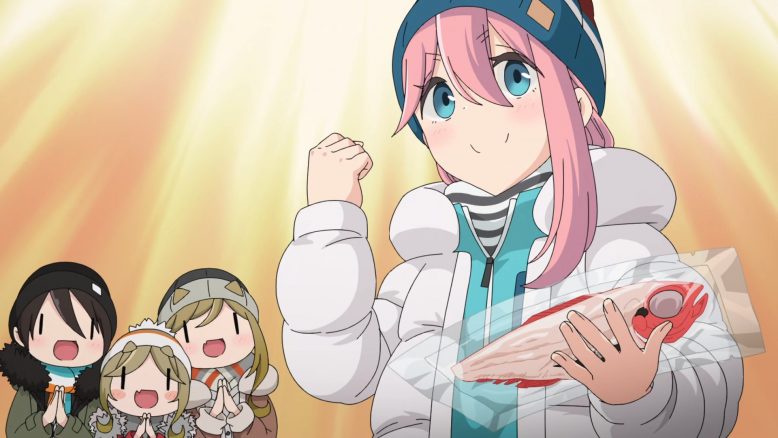 Nothing to complain about with this episode. The tone was as relaxed as the show always is and that made for a comfortable viewing experience. This was nice in terms of covering the journey and letting them tackle some unexpected issues. One such issue being where they were actually allowed to camp. Even when you take reasonable precautions it is hard to avoid running into any issues when going on a trip. At least the show does reflect the benefit of having friends and contacts. Even if you can’t resolve an issue yourself, maybe someone you know has better ideas.

With the major issues presumably taken care of, now the camping can begin. Throw in a double birthday party and the remaining moments of this show should be filled with a lot of laughs and fun. And that’s the way a season of Yuru Camp should end.