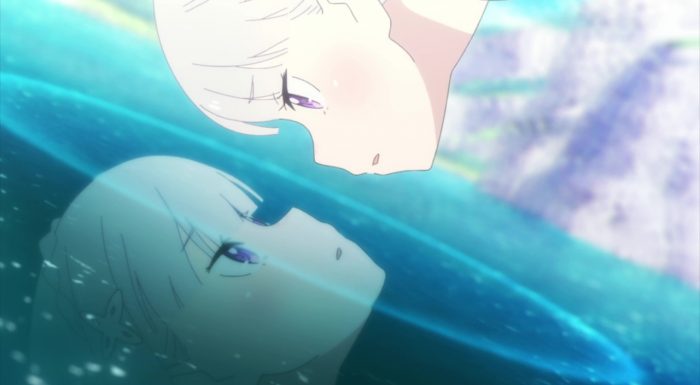 Watching Re:Zero can be such a frustrating experience sometimes. Why is it, I ask, that the weaker episodes always tend to focus on not only Emilia, but her childhood? The decision to go on a unnecessary tangent and dedicate a good chunk of the episode to said tangent is a baffling one, even more so with the looming deadline of the season’s conclusion near upon us. We’re a mere three weeks away from Re:Zero’s supposed conclusion, and it feels like this week’s episode wasted time that was all too precious.

I am, of course, referring to the second trial that Emilia went through. As an idea or a concept, I don’t actually dislike it. For Subaru, his trial was coming to terms with a difficult potential present, and so for Emilia, she got to see what might’ve happened had she potentially given Pandora what she wanted. The problem, of course, is that none of that makes even a lick of sense. Had Pandora gotten what she wanted, the world would have potentially ended, so any potential realism in the scenario that Emilia saw play before her eyes was, fake, to say the least.

That wouldn’t make the trial any easier of course, and I do get that it shows just how far Emilia has come as a character. Having said that though, the problem I do have with the second trial is just how long it goes on for. If nothing else, this whole part of the story just really overstays its welcome. Its in how long the show lingers on this particular point without offering anything new, that really bugs me more so than anything else. 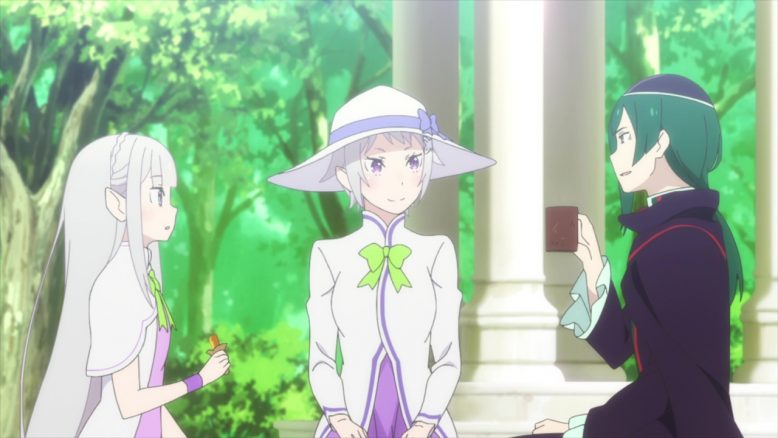 We know Emilia is now emotionally strong, and that her experience with both Subaru and confronting her own past is what that’s all built upon. So to have such a long scene with both Fortuna and Betelguese, and even Archii, well, it honestly didn’t serve any purpose in the story. We know these characters are dead, and for me personally, the chemistry between any of these characters was never really established. I know I’ve said that I wanted more of a focus on Fortuna and Guese, but this whole scene made me seriously question that.

What it comes down to, is the fact that Nagatsuki-sensei just can’t write Emilia all that well. He’s just not as good at it as he is with Subaru and even some of the other characters, IMO. The plot, the story, the ideas, those are all good, but the pacing and general storytelling from that character’s perspective is just… off. It just doesn’t match up to the rest of the show’s quality, which is why the short and brisk approach would’ve worked best here. 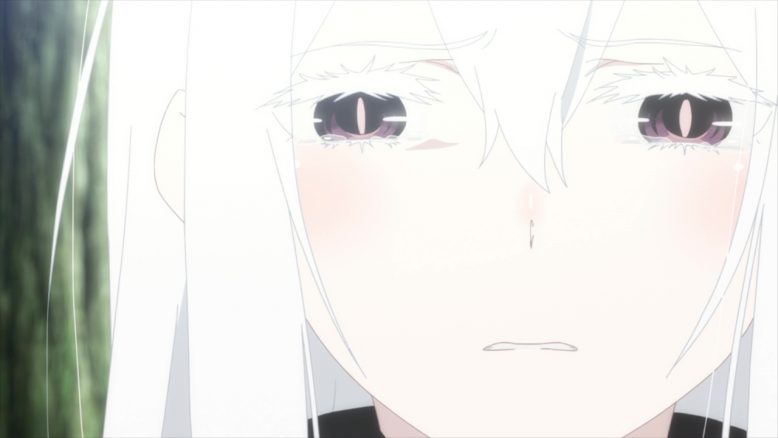 The one thing that did interest me, however, in all of this, was Echidna. I can’t really say I totally understand why Echidna hated Emilia so much at the end of this second trial, but I have my theories here. My best guess is that the way Emilia responded to this trial, and the way she just totally conquered it, was something that made Echidna hate herself. Perhaps its Emilia’s idealism that seems to turn unlikely positive ideas into reality, or perhaps its just her strength in general. Whatever it is, Echidna was hurt to the point of tears in this second trial, and I’m curious to learn more about why.

Echidna has emerged as one hell of a fascinating character in this entire second season. I originally pegged her as a villain (as I’ve repeated ad nauseum), but this more nuanced, complex take on her that Nagatsuki-sensei spins, well, its just quite good and darn original. From what I can make of her, Echidna is neither good nor evil, she’s just a flawed human being that’s got her own warped way of looking at the world. She’s a very human character, and seeing her in the same episode as the one where we saw those fake caricatures of Archi, Fortuna and Guese, drove that point home even further.

Now, I opened up with the Emilia stuff, but the episode itself opened up with a more interesting focus on Subaru’s group and the mansion. This is the stuff that I’m honestly hungering to see more of. This part of the episode was short, but it started move things forward in a way that seemed to be going well. Its interesting that Subaru wasn’t able to fully have his conversation with Beatrice, even if it did start off on a positive note. 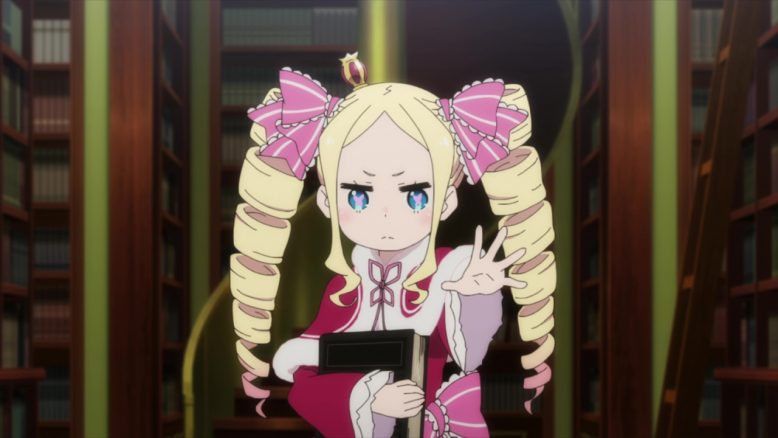 I actually audibly laughed when Subaru was just thrown out of the room after calling Betty an idiot and refusing to be “her person”. That was funny, even if it did set things back a bit. It makes sense though. Subaru isn’t going to just break down 200 hundred years worth of trauma in a single conversation, so him running into a bit of a wall, with one of the most stubborn characters in the show? Well… It feels right, at least.

Everything else more or less had barely begun before we shifted over to Emilia. The Garfiel vs Elsa fight continues to build up, and there’s even the second battle between Fredrica and Maylie (on her demon hippo) setup here. Its unfortunate that we don’t get to this this week, but I expect we’ll have the mansion finally take focus next week.

In the end, I will say again, that I was just left confused by the overt focus on the second trial. I hope that all of this is well planned out, because even at 30 minutes an episode, with only 3 episodes left, I am starting to get a little worried. Lets see how this all resolves next week.