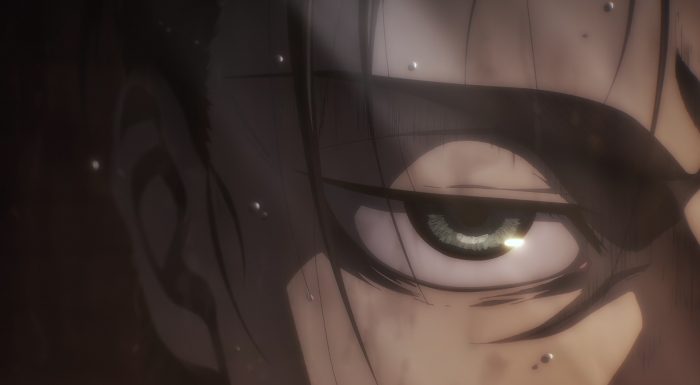 So you CAN do it if you try, can’t you Shingeki no Kyojin? This episode, this was how the first few episodes of this Final Season should’ve played out. Interesting, well paced and without any unnecessary fluff. Its almost shocking how much better Shingeki no Kyojin’s Final Season has become, as if the people involved have either been switched out or improved to a monstrous degree. With each good episode that we continue to get Shingeki no Kyojin, I get more and more resolute in my belief that the first 6 or so episodes of this season were a mistake. A mistake that’s slowly but surely being corrected.

To that end, in one episode, the show beautifully connected the past to the present, this week, while neither sacrificing cohesion nor emotion. Sasha’s death was given its due, both with Armin’s contemplative look back at the last three years, but also with characters like Nicolo, who came from the other side, but grew to love Sasha. Its actually quite fascinating too, how this one episode did a much better job of both humanizing Marley and villainifying Eren, more so than anything else we’ve seen thus far. 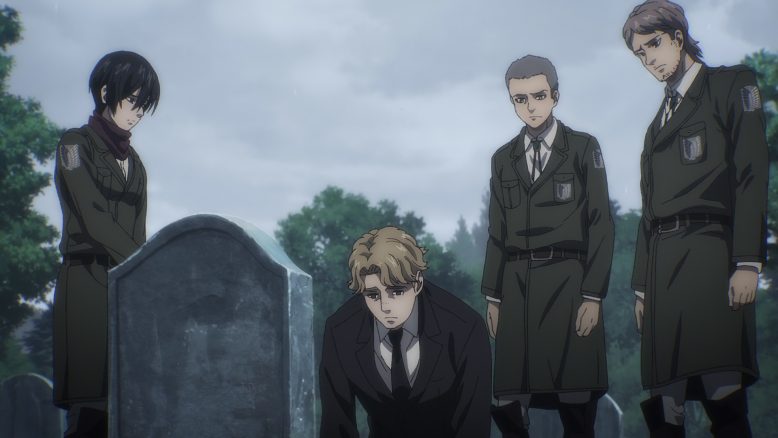 The mourning of Sasha continues…

The “war is bad” theme continues to be driven home, with such ferocity that its almost hard to see anything else. Eren has totally become the monster, and the war monger that he himself has hated, causing many broken families and childhoods like his own. His quest for revenge and his mantra to “survive by fighting” is a misguided one, and it seems to be swallowing everyone else into a pit of despair and pain.

Or at least, that’s how the Paradisio folk see it anyway. The young society that’s just started to discover the world around them, seem to have a sort of naivety and hope for peace that obviously isn’t practical. Even modern diplomacy today, is all about the interests of one nation over the rest. Characters like Armin and Mikasa may think that they have a real shot at dialogue and peace, but its obvious that Eren is the skeptic and realist in this situation. Whether he’s right or wrong, is a different matter entirely, of course. 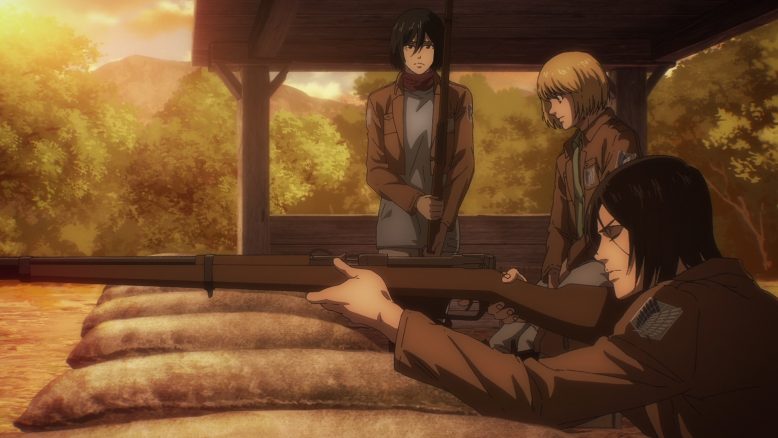 Eren used to be a straight shooter, now he’s rarely if ever direct.

As to why Eren, a morally naive character, believes what he believes? Well, THAT is the million dollar question isn’t it?

Is that because of Eren’s view of history? With his Founding Titan memories, Eren has gazed into at the very least, the larger history of mankind, and come out with the power of knowledge. Does someone like Eren just give up on humanity when he’s seen the countless wars and bloodshed that have erupted humans since the beginning of civilization?

The answer, seems to be yes. While the larger cast is shown to regret their actions, being forced into action by Eren’s selfish plan, there’s at least some examination of what’s right and wrong here. And That is so… Bizarre, coming from a show like Shingeki no Kyojin. A show that’s always lauded military sacrifice and heroism, and that’s honored fighting and all that bravado. To see this show, and Isayama-sensei look at the other side to this whole idea? Its just odd, to say the least. 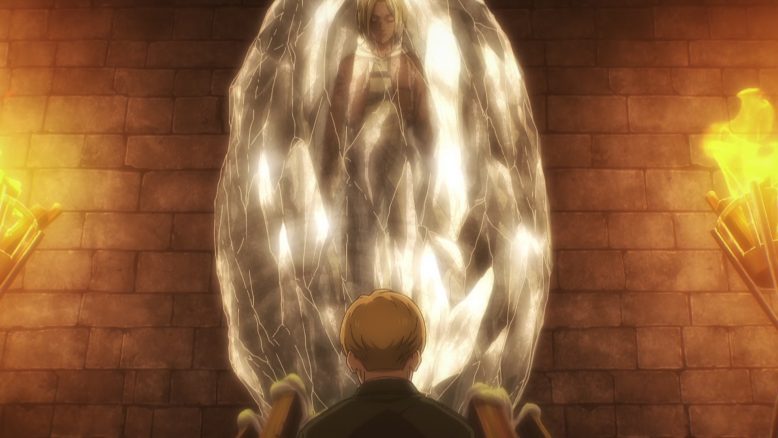 Its almost like Isayama, through his characters and story, is at war with himself and his own ideas. What is right? What is wrong? Is Eren the hero? Or is Eren the villain? That’s the question that we continue to see, as we learn more about Marley and Paradisio, and the various people inside both. Yet the question remains unanswered, with both sides seeming equally valid.

And amidst that confusion, we have some interesting factors at play. Zeke, for one, is now on the Paradisio side, having orchestrated this whole thing. He has a plan, Eren has a plan and everyone else is more or less trying to keep themselves from being blown away in the process. I’m not entirely sure where this is all going, but I will say that I’m intrigued. 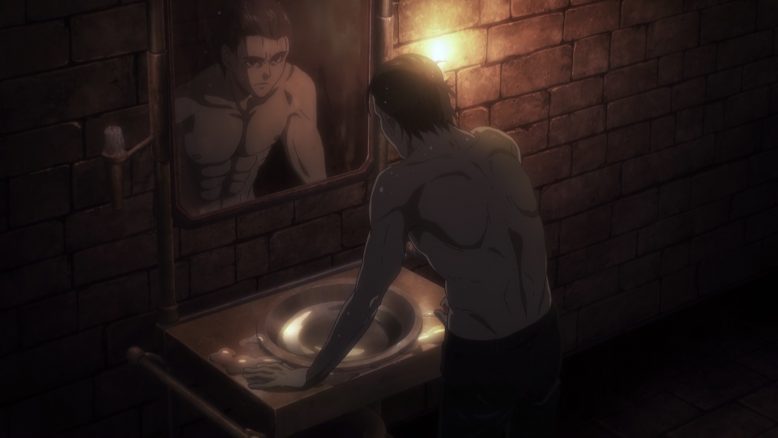 Eren making the full transformation into an Edge lord villain.

This is the final season and the sort of storytelling that I not only wanted, but expected to see. In some ways, I’d even say that Shingeki and Isayama-sensei have exceeded my expectations with the nuanced way in which they’re approaching these themes and ideas. Now, granted, this could all get washed away if Isayama-sensei picks a particular side in this philosophical argument he’s having here, but at least at this point, Shingeki no Kyojin is good. Really good.

And lest we all forget, with the way this show started, that was not something I expected to say, this far into the game. We’re 7 episodes away from this supposed ending of this Final Season, and with all the cards now squarely on the table, its time to see what Shingeki no Kyojin is going to drive towards.