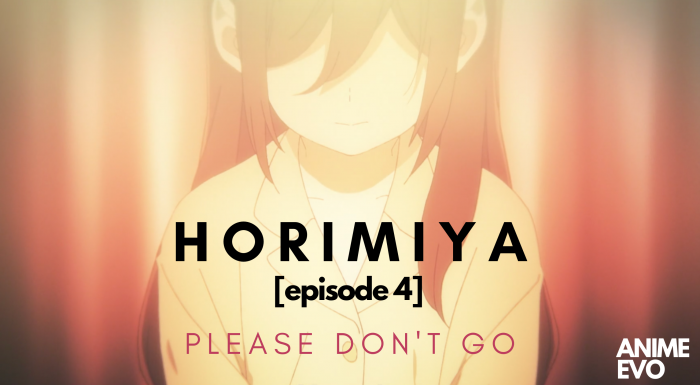 Today’s episode introduced a new character: Sakura. Up until now, Toru has been interested in only Hori. Romantic tension will however continue to rise now that Sakura has come into the fold.

In the first half of the episode, we see Toru help Sakura pick up some papers that blew out a window. She’s a little flustered by his presence and his compliment about her work ethic. Later, she asks whether he likes Hori. 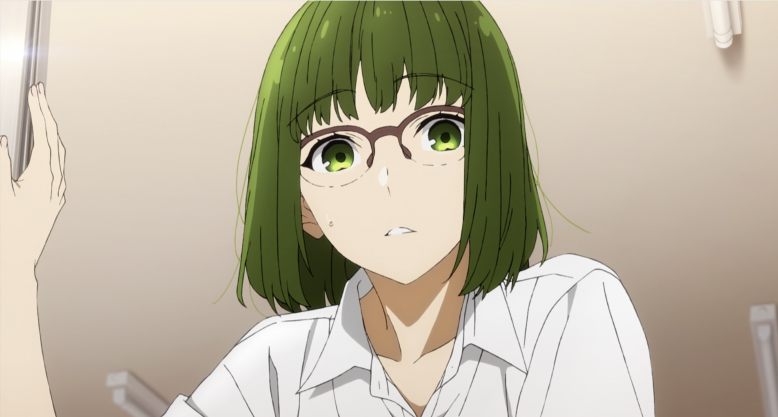 Sakura hasn’t really made an appearance so far. Episode 4 almost seems too late to introduce a new character but then we remember some shows like Neon Genesis Evangelion don’t introduce characters until 80% through the show, and Kaworu is a pretty memorable character.

That said, most of the intrigue surrounding the story this time around didn’t occur until the last half of the episode. Hori gets sick and we get some good old parallelism. Everyone should be suckers for parallelism. It’s the best way to build character development while connecting to an important plot point. 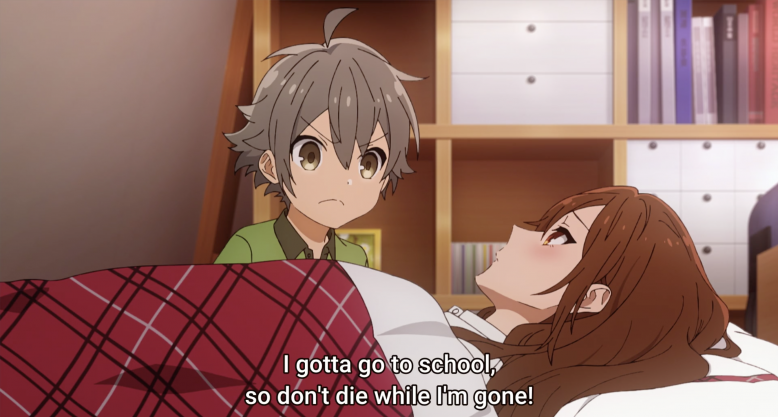 Miyamura drops by to aid in Hori’s recovery. He says he’s leaving shortly to get her a drink, but she’s so out of it that her memory emotionally triggers the experience of being alone too much as a child while her mom went to work to feed the family.

We learn a little more concretely that dad is no longer in the picture not due to death, but probably because of a breakup. Living as a child with a single parent causes one to grow up much faster than anticipated. It can be lonely. It’s mentally straining only relying on yourself. 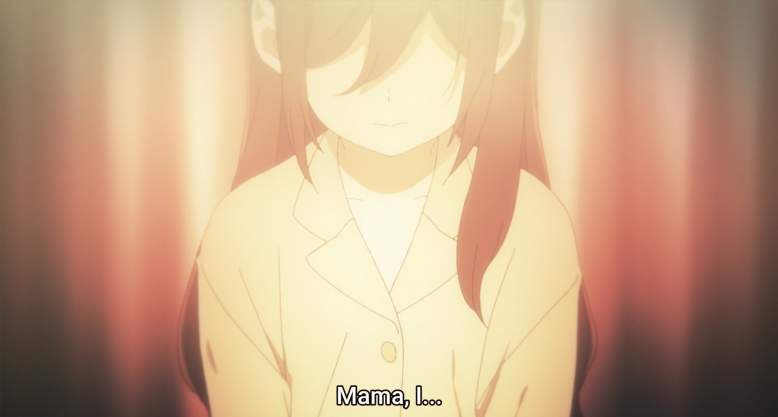 Hori pulls back Miyamura. She asks where he’s going. He replies with the words she really means: Please don’t go. Then he nonchalantly tells her that he’s been in love with her for a while.

Hori wonders whether their relationship will stay stronger for longer if they don’t reveal their feelings to each other. This mentality reveals crucial information to help us understand her better. 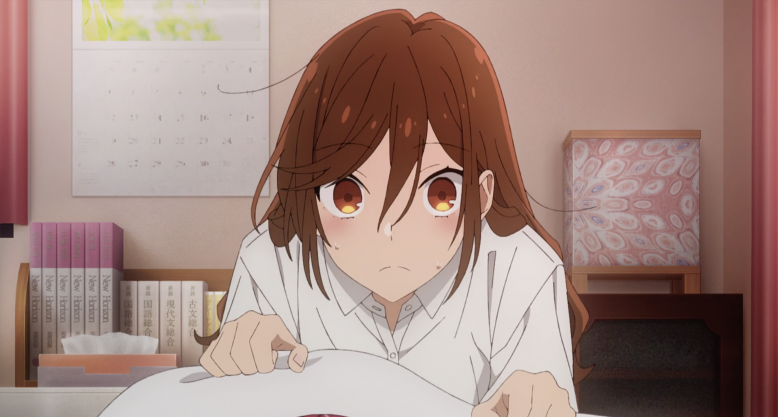 Coming from a single parent home has made Hori’s survival mentality default to self reliance. She’s afraid to love him openly because she’s afraid to rely on him. What if he leaves?

Now, before even contemplating whether she should pretend he never said “I love you” to begin with, Miyamura actually says “I’m not going anywhere.”

We must realize though. It doesn’t matter what he says. It matters what she tells herself and whether she can trust herself enough to let him in and prove that he can keep his word. Hori is reaching to give him the benefit of the doubt, but it’s almost too far of a stretch. Only time will tell whether she’s capable of being vulnerable with Miyamura. 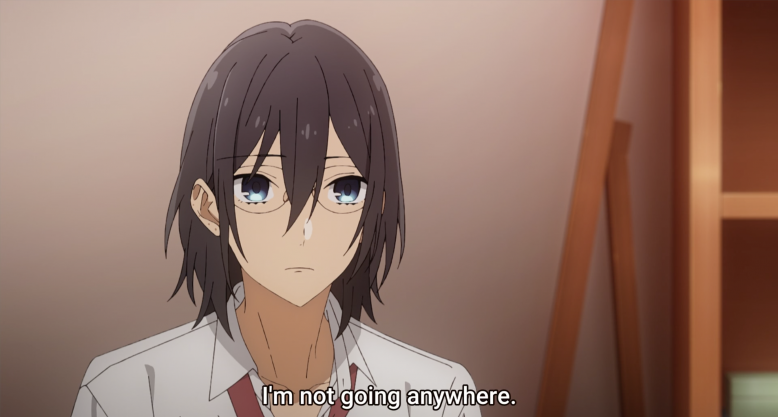 It’s funny. Vulnerability comes easily to Miyamura. We get that scene where Hori asks him to take off his shirt. She almost expects or wants him to be embarrassed. He’s not.

We all express vulnerability in different ways, but Miyamura isn’t vulnerable in the same way Hori is. Hori is afraid to disappoint herself. Miyamura isn’t. This is what makes their relationship so unique. Miyamura knows who he is as a person. He has nothing to lose. Neither does Hori though. She just hasn’t realized it yet. 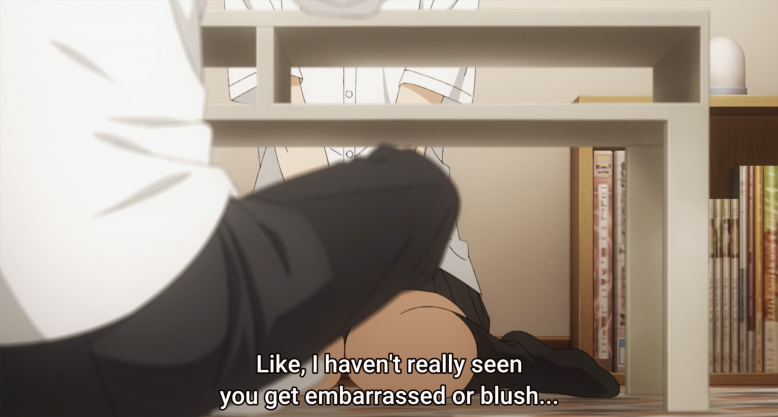 She thinks she needs to keep building a reputation that will allow society to accept her. She’s on the student council. She’s popular. She has a status quo to maintain. But sadly, it doesn’t seem like she’s accepted herself. Let’s hope she does soon.