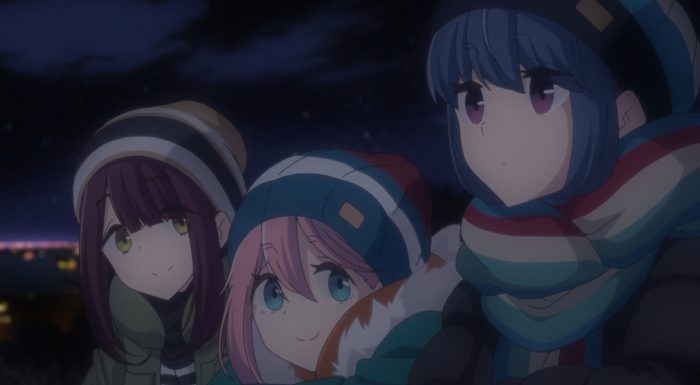 This was another comfortable episode. Definitely got what I was hoping for with Rin and Nadeshiko getting to spend some time together. It wasn’t technically camping, but nothing wrong with changing things up a bit. Besides there was some really fun moments that couldn’t be had on a pure camping trip. Nadeshiko taking Rin to have some eel was great. From Rin freaking out over the prices to them just enjoying the meal. Rin is hooked now. She’ll be making another trip that way in the future just to have some good eel. 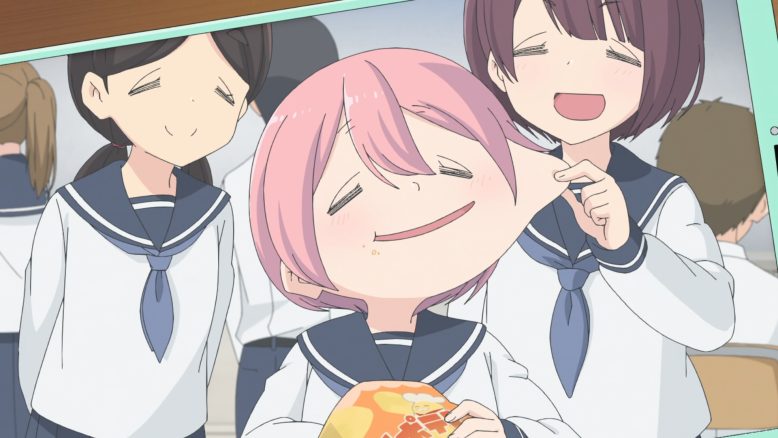 It was also good to bring an old friend of Nadeshiko into the mix. Ayano definitely stood out. She just felt rather distinct among the cast. No wonder that she had been such a good friend for Nadeshiko. A bit weird, but also pretty nice. Definitely was a fan of a chubbier Nadeshiko and I feel like she might have been part of the reason for Nadeshiko ending up like that. The blame mostly went to Nadeshiko’s father, but I can see Ayano just throwing food Nadeshiko’s way. It is kind of refreshing in general to have a character actually suffer a consequence from overeating and then having to deal with that. Credit to Nadeshiko’s sister for helping her out there. But also credit to Nadeshiko for actually riding the bike. 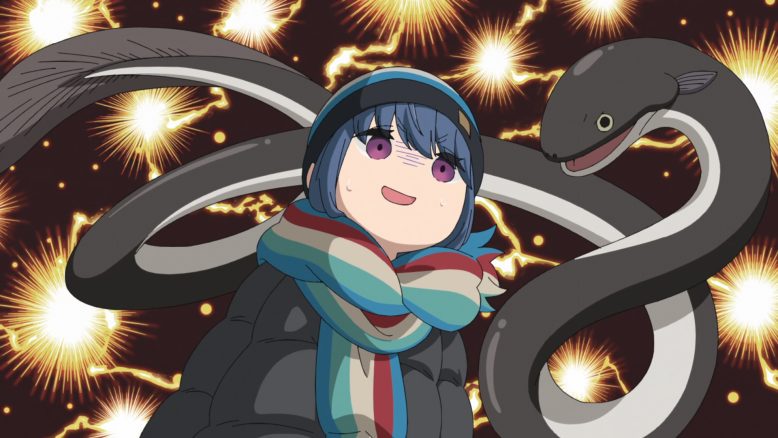 This was a good explanation for Nadeshiko’s biking prowess. No wonder she could cover the kind of ground she did to start the show after biking like a maniac around an entire lake. Also it was just refreshing to see these two hanging out indoors. The greatest appeal of course is the camping aspects, but nothing wrong with letting them spend time together in different locations. Plus it was kind of interesting letting Rin meet one of Nadeshiko’s childhood friends. After all it is the new friend meeting the old friend. That in itself is an interesting dynamic.

That Rin still really treasures her solo camping makes sense. I’m glad they didn’t do something like having Rin completely change her world view and decide that solo camping is less enjoyable to her than group camping. There’s nothing wrong with enjoying time by yourself. What has changed is that Rin doesn’t hate going camping with others and she absolutely enjoys going camping with just Nadeshiko. It just means that her world has expanded a bit without changing her core views. Same with the idea of letting Ayano gain some appreciation for camping without making it seem like she’s suddenly going to become a hardcore camper. 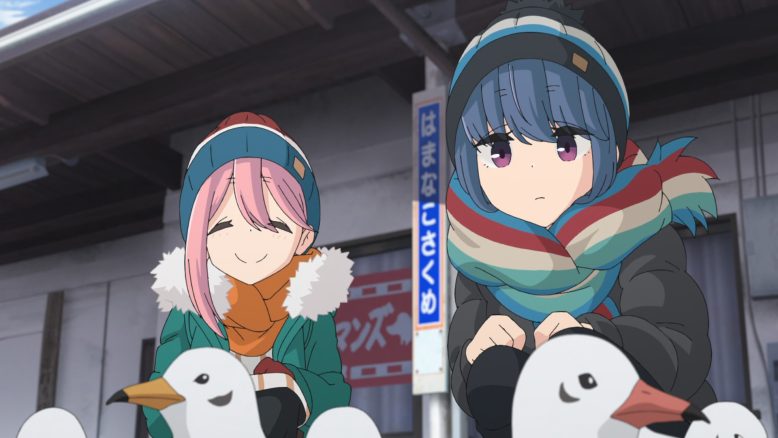 This episode was full of cute and fun little moments. Nadeshiko and Rin hanging out with the mass of seagulls was pretty nice. Having a flock take off all around you is probably more fun in anime, but to be fair any flocks of seagulls I’ve seen have mostly stayed on the ground waiting for French fries. Then you had Rin struggling to wake up after finally getting to sleep on a comfortable futon. Can’t blame her there and it was cute watching her struggle to get up. Really it was just a good chance to let Nadeshiko show off her hometown a bit. Sharing the things and places you enjoy is a good thing. 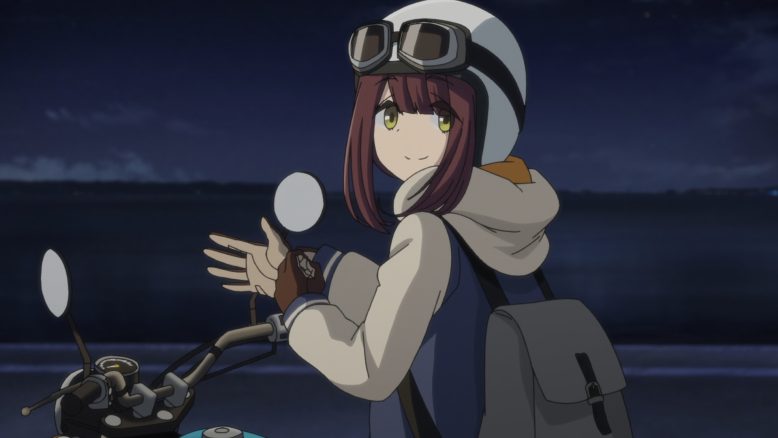 Easily one of my favorite episodes of this season. Nadeshiko and Rin are a great pair and things are usually awesome when they get to spend time together. We even got some surprises since I didn’t expect a little bit of Nadeshiko backstory. This was just an episode that leaves me excited for what might happen next. Should get some good moments with Rin’s grandfather being around for at least a little bit. And no doubt the camping club is bound to head out on a camping trip or two this season. Throw that in with the possibility of Nadeshiko doing some solo camping and we’ll be packed with good moments throughout this season.