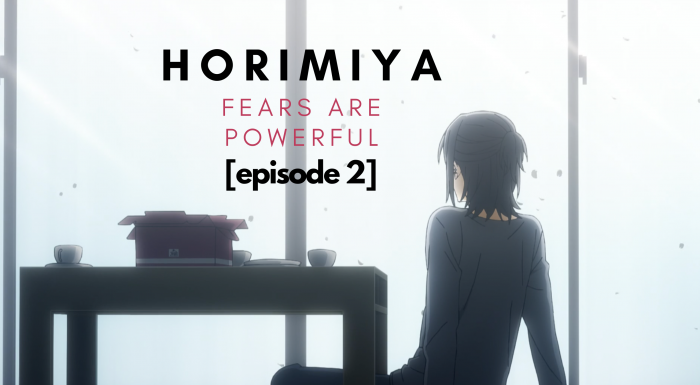 High schoolers won’t hesitate to wonder what others think of them. That’s incredibly more difficult if you’re living in a society like Japan.

No matter the country, every teenager experiences how actions affect reputation. It’s an important part of becoming a more thoughtful person. We need to become more thoughtful so we’re better able to optimize how we position ourselves in group dynamics in our personal and professional lives, something Hori and Miyamura are concerned with.

At the end of episode 2, Miyamura and Hori gaze out a window wondering what the future holds since they will soon become 3rd year high school students. For those of us who are unfamiliar, Japanese students stay in high school for 3 years. So, it’s crucial for a society that structures itself around serving others’ best interests to have its youth figure out what they want to do immediately after high school. 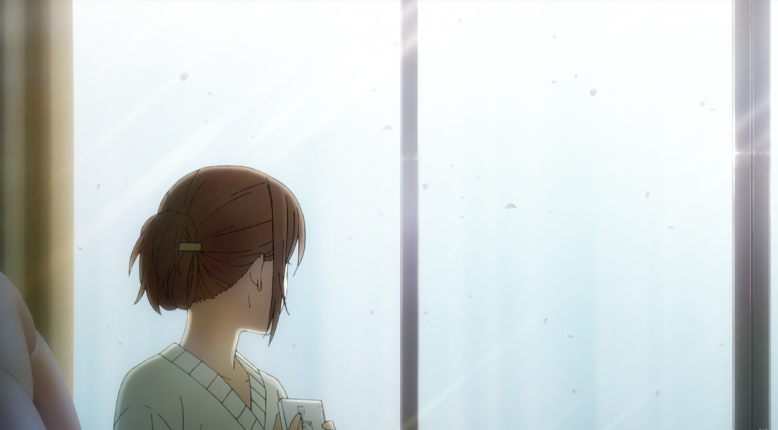 Let’s also remember that in the first episode Miyamura acknowledges he’s the kind of person to act on impulse. We’re not even sure if he has future plans. But there are some great insights we can gather from his character and interactions with other students in episode 2.

The student council appears for the first time and we get some new character introductions. The council slams her with work because they’re behind schedule. Hori carefully thumbs through piles of paper including a budget report for the school’s activities. 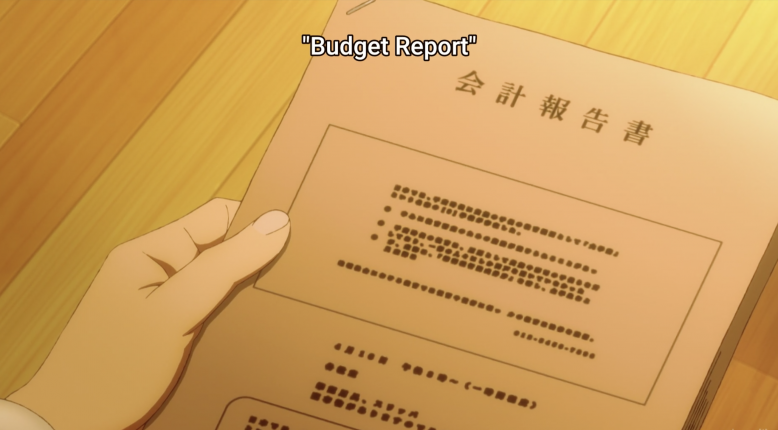 Her friends but Miyamura especially express concern for Hori’s mental and emotional health. A girl comes to collect the paperwork Hori has finished. As she rushes through the halls with it, she bumps into Miyamura and wham! Everything comes flying out of the box.

She scurries everything together and hurries on her way. Miyamura calls out to her because she’s forgotten an item. She tells him it’s probably not important and to throw it away. 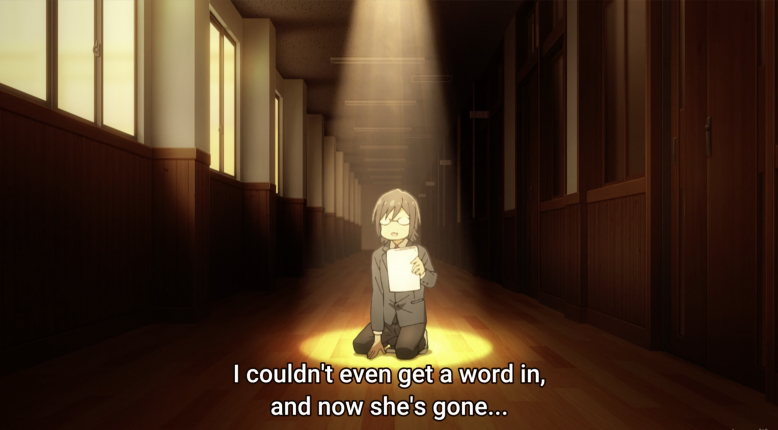 The next day, Hori gets reprimanded by the student council president about the missing budget report. He assertively requests an apology. Right as Hori is about to apologize, Miyamura puts himself in front of the president, handing him the report while explaining how he came to be in possession of it. 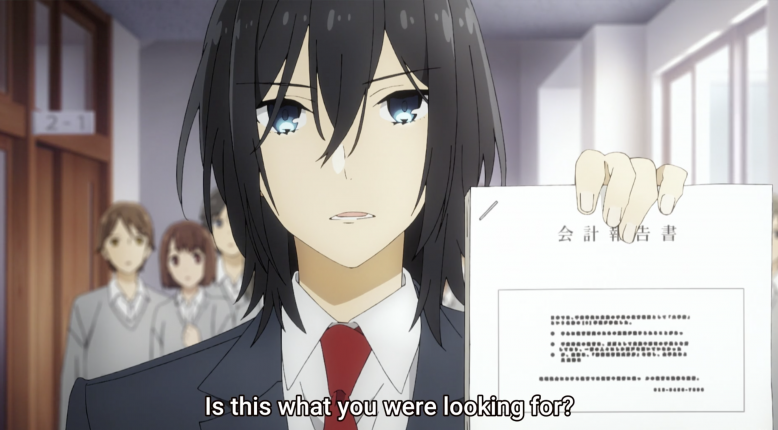 This scene constitutes the climax this week and tells us something paramount to the episode’s message about fears for fulfilling a future where every individual puts the other first.

Hori is a hard worker and the episode demonstrates the Japanese value that any work that can be done to alleviate another’s burden is one of the most worthwhile responsibilities someone can take on. However, it hands us a reverse uno card by putting Miyamura into play. 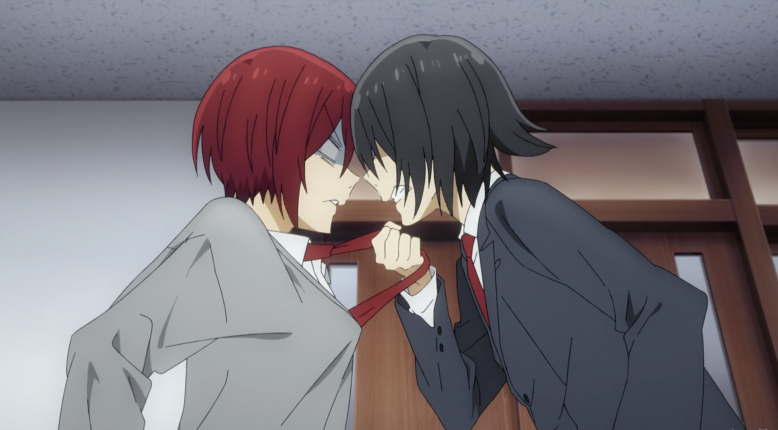 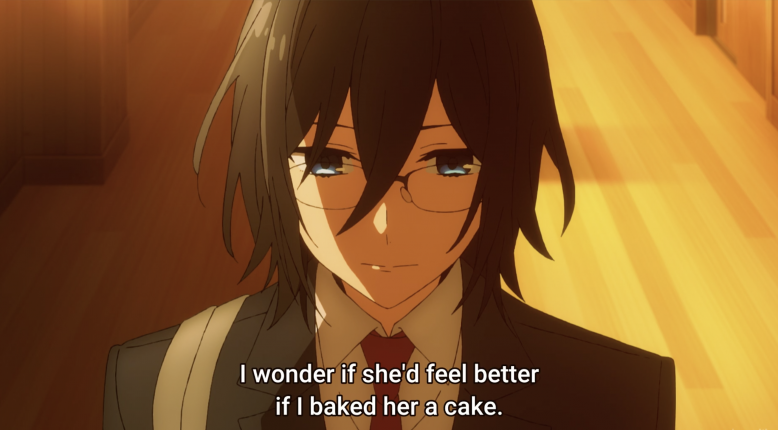 We all fear for the future. We all fear how others perceive us. But Miyamura is a soldier who marches to the sound of his own drum.

Hori learns the importance of taking into account her needs by seeing how far he’ll go to make sure she doesn’t put herself out of the way for someone else at her own expense. 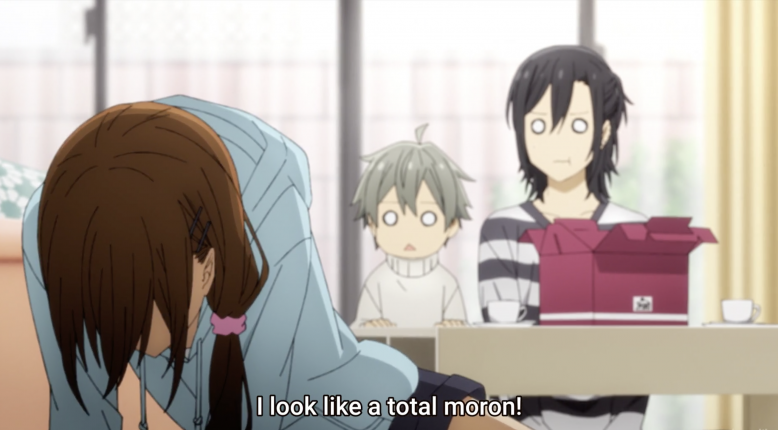 We already got the sense in episode 1 that both Hori and Miyamura will help each other grow. Exactly how they’ll do that is clarified now.

Hori will teach Miyamura the importance of accountability when it comes to being a productive member of society who can perform a task that benefits the group.

Miyamura will teach Hori the importance of accountability when it comes to evaluating everyone’s emotional wellbeing, including the one doing the evaluating. 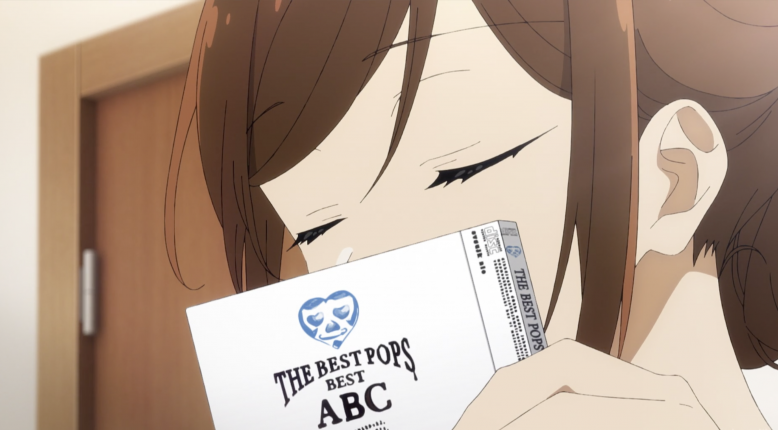 While more happens in this episode, like Miyamura meeting Hori’s mom for the first time, I’d like to give anyone who hasn’t watched it yet the opportunity to experience anything I haven’t yet written here with fresh eyes.

Happy weekend, and thanks for reading!