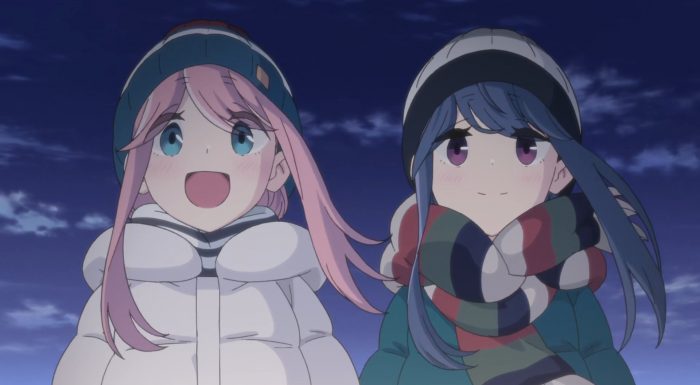 Welcome back Yuru Camp! This show is such a comfort. It is all the more so one to start this year. The first season was just an absolute comfort and that’s the case with S2. It was a nice choice to focus on Rin’s past a bit. She did go into it with Nadeshiko in terms of how her Grandfather got her into camping. But nothing wrong with actually seeing it. All the more so since we got to see the ups and downs for Rin in her first attempt at camping. Of course it didn’t go perfectly. Things she’d never have imagined being an issue were going to pop up. And she did learn a lot from just one trip. Maybe it’s a stretch how much she has now that she learned was necessary from that one trip. But it’s fine. 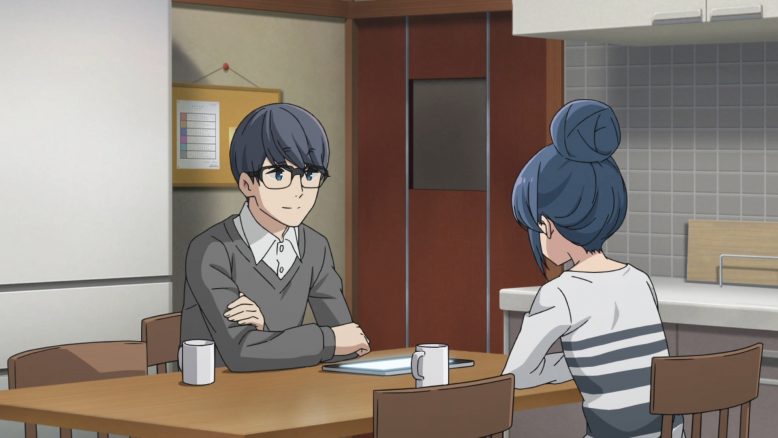 I have to say it was nice to see Rin’s father for a bit. Honestly, I don’t recall seeing him in S1. He was pretty darn helpful and supportive through Rin’s first camping trip. Good on him really to sit around in the lodge while Rin was camping. I’m sure he found ways to stay entertained. But it was still a good showing as a parent there. Of course now Rin is off taking herself to camp sites. It was still a good thing to be helpful while she was just getting things figured out. Even now though he is helping out with giving some ideas for her solo camping trips. Nothing too intrusive, but just a helpful bit of advice.

Honestly using the flashback was a good tactic. It both let us see Rin’s journey in the early going and allowed for a re-introduction to camping for viewers. Not everyone went ahead and rewatched the first season before this came out. Just giving some basic pieces of information before jumping in was a good move. If nothing else though it let us see Rin making little mistakes and having to learn on the fly. Of course she was still learning as she went even after meeting Nadeshiko. Rin didn’t really start making full camp meals until meeting her. And we can’t forget how the first time ‘grilling’ went for the two of them. 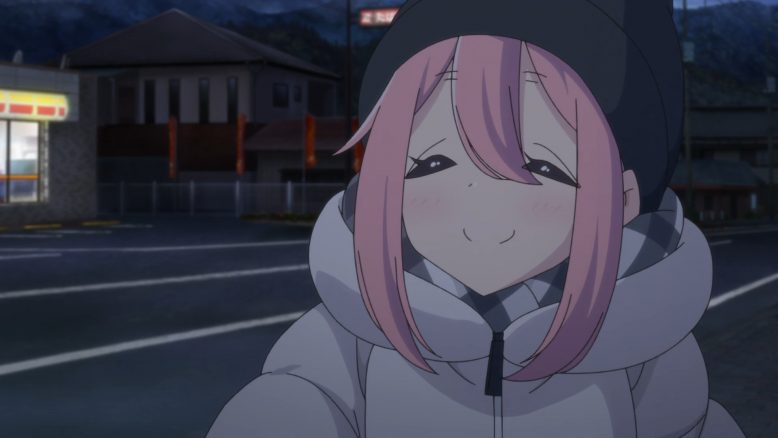 Glad to see that Nadeshiko and Rin did cross paths before this episode was over. Yuru Camp does a fantastic job of giving a variety of camping experiences and not forcing the characters together all the time. But it just wouldn’t have felt right to end this without them talking for a moment in person. Texting between friends is fine and is honestly done nicely in this show. But I like seeing these two together even if they aren’t heading to the same destination. And of course she hands Rin some cup ramen for her journey. That was the first meal they shared together. A nice returning of the favor that Rin did for Nadeshiko back then. 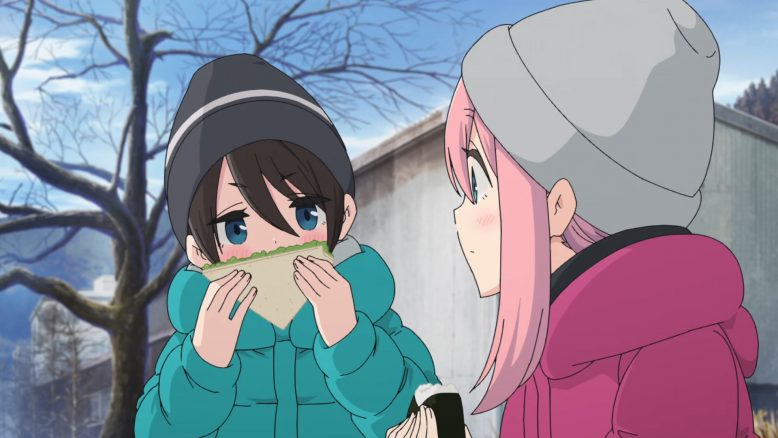 Honestly this cast is really likable and this episode made for relaxing watching. You have Nadeshiko and Ena chatting when not working. Aoi and Chiaki are also keeping busy to help keep their club funded for future camping trips. It seems like they’ve got good hope for recruiting Ena to their club, but it just isn’t quite there yet. She needs to get a bit more hooked on camping. Though that seems a matter of time considering she’s already out buying camping gear. Good on her for working and looking to buy some things for herself. Her parents seemed ok with buying her some pretty darn nice camping gear for the Christmas camping trip. But she doesn’t seem so reliant that she can’t do her own part to get the things she wants. 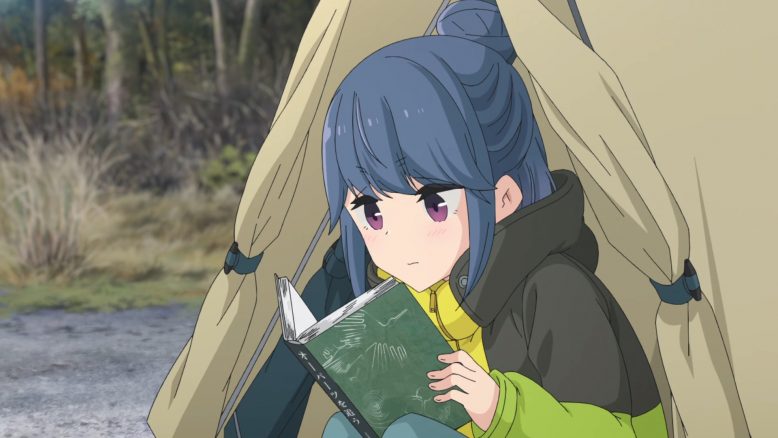 This was a pretty perfect return for this show. The kind of show you can just sit back and relax while watching. It makes camping feel very relaxing while not hiding away the difficulties you have to tackle. Will have to see how the new OP/ED combination feels after a few weeks. It is hard to tell if it will be super enjoyable or not quite as good as the previous season. Regardless I’m happy to have this show back. Whether I keep up with it for the rest of the season will depend on the coming episodes of other shows. But definitely a relaxing contender there.